Originally released on Apple Arcade in 2018, the demo for World’s End Club is now available on Nintendo Switch, free to be snagged from the Nintendo eShop. However, don’t think that this early look at the game will ease you into its grim narrative of a group of kids trying to survive the end of the world (and each other).

World’s End Club puts you in the shoes of Reycho – the de facto leader of a group of students who wind up in an undersea theme park following some sort of meteor colliding with Earth. Led by a quirky sprite named Pielope, the group is forced with playing a “Game of Fate.” Each person has a wristband that lists the name of someone else in the group along with the task that they need to complete. The first person to complete their task is the sole winner and is allowed to escape. If no one completes their task in time, they are plucked up by mechanical hands and dropped into Pielope’s Sludgebot, effectively left to be digested and killed. It’s up to the students to navigate the Game of Fate, which weighs heavily on the trust and distrust of the group.

Before kicking off the third act of the Undersea Theme Park level (the final act of the Switch’s demo), Reycho needs to solve a puzzle that requires solving a passcode for a door.

You can’t progress any further until you solve this puzzle, the solution of which follows below. 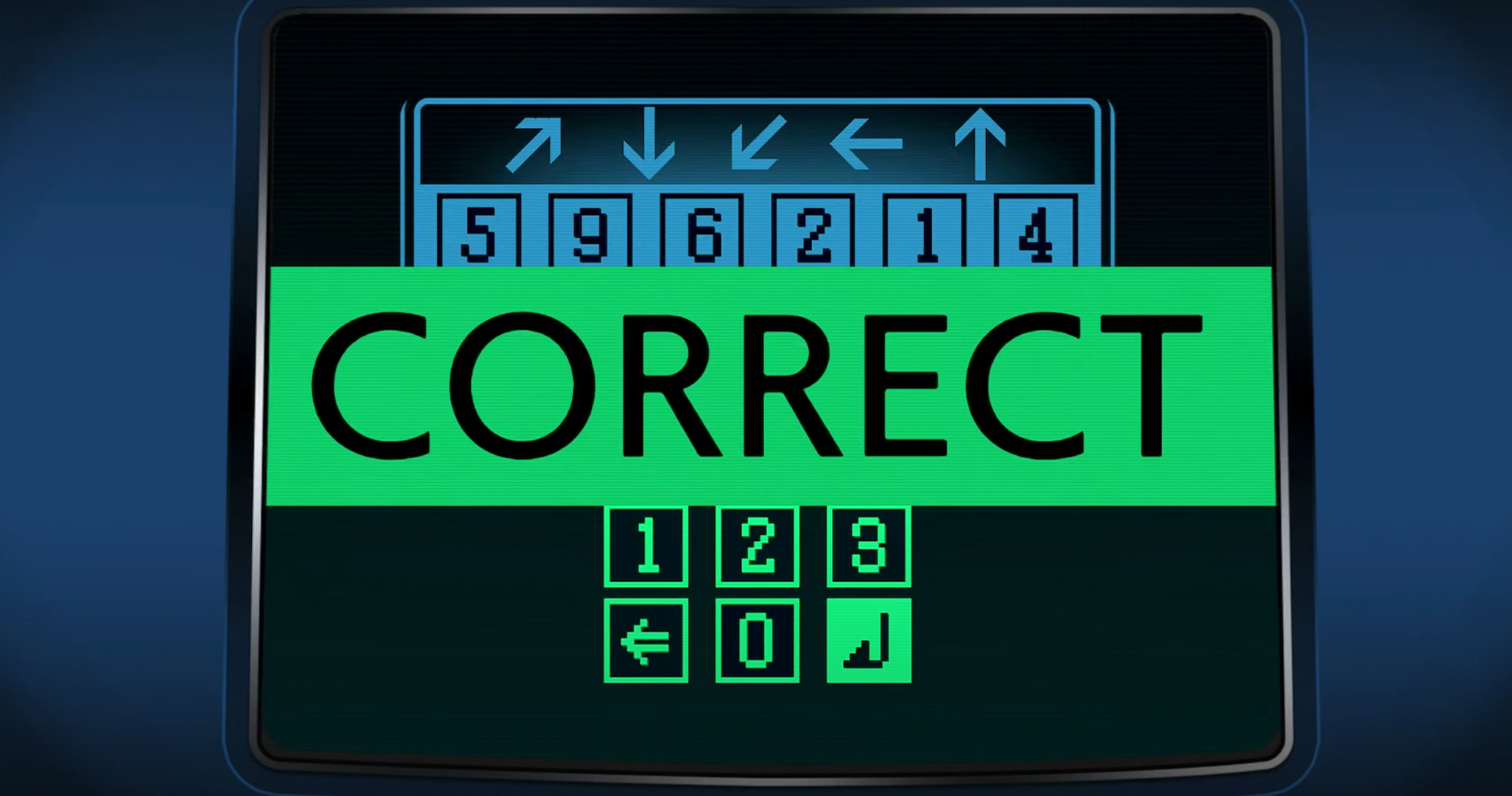 Before you even begin, you are offered up a hint of: “The code’s 5 letters long, but the answer has 6 digits…” This isn’t exactly a super helpful hint, and it can more or less be ignored. The first number in the sequence is “5”, with the remaining numbers corresponding to a directional arrow. All you need to do follow the arrows around the keypad starting at the “5” digit. For instance, the first arrow points up and to the right, which corresponds to the “9” digit on the keypad. From there, the next arrow points down, which is the “6” digit on the keypad, as it sits directly under the “9” digit. Continue this pattern until you enter the full passcode, which is:

A green banner will appear indicating that you’ve entered the correct passcode. The door will open up, allowing Reycho to run through to kick off the final part of the Undersea Theme Park level.