Home » News » Why investment companies are bullish about the metaverse

Why investment companies are bullish about the metaverse

When Hiro Capital launched its first fund back in 2018, venture-backed gaming companies had a strong year, raising about $6.1 billion, according to Crunchbase data – yet the metaverse was still living in the realm of fiction. But then Tim Sweeney, CEO of Epic, a long-time fan of the metaverse concept, predicted that it would soon be “a multitrillion dollar part of the economy”; Roblox’s IPO was seen by some as one of the early building blocks of a mature metaverse; and of course Mark Zuckerberg put his money where his mouth was when he went from just name-dropping the metaverse in the company’s Q3 earnings announcement to a whole name change.

“The size and allocation of investment in metaverse as a theme has pretty much tracked with the public interest in it,” says Luke Alvarez, founding general partner of Hiro. “Suddenly there’s a lot more institutional attention, and that’s great. But at the same time, everyone’s trying to work out what the hell it means, and what is and isn’t metaverse. Within that, what are the right things to invest in?”

Hiro Capital, a European VC focused on videogames, metaverse technologies, creator platforms, and gamified fitness has launched HIRO CAPITAL II in part to answer those questions. The €300m ($340m) fund is focused on backing emerging games and metaverse innovators at Seed, A and B stages across the U.K., Europe and North America, with its first investments announced in April.

People have been dreaming about the metaverse for a long time, Alvarez says. From Alan Turing musing about the possibility of virtual imaginary worlds in the ‘50s to William Gibson’s 1984 novel Neuromancer. The 1992 novel Snow Crash, by Neal Stephenson, first introduced the word “metaverse” to the world; in fact, Hiro Capital is named after the main character in the novel, Hiro Protagonist.

But interest has accelerated now that real-world tech is finally catching up to imagined possibilities. There’s fiber, 5G, satellite ultra-broadband around the corner, and networks that aren’t just faster, but smarter. Hardware has adhered to Moore’s Law, with the number of transistors on a microchip doubling about every two years while the cost is halved, leading to tremendously pixel-dense interactive images broadcast on smaller and smaller devices and headsets.

Put that together with all the work that’s been done on multiplayer gameplay, going back to the earliest multi-user dungeons on mainframes in the ‘70s to DOOM and Quake, Runescape, and Second Life, and now Fortnite, Minecraft, Decentraland, and Blankos Block Party, and you have a genuinely robust trend.

What is the metaverse?

Right now, “metaverse” is an umbrella term that’s not yet well defined. In part, that’s because there are a number of gaming and tech communities with their own takes on what the metaverse entails, and what it will take for a fully realized metaverse to spring to life. The other reason is that we’re still just in year two of what looks to be a 20-year buildout, and nobody knows yet quite how it’s going to crystallize.

“The metaverse is going to be a place where everyone can contribute to the content,” Alvarez says. “Right now, there’s a big intersection between creator platforms like Roblox and Web3.”

Those who talk about the embryonic metaverse often include multiplayer videogames, like Epic with its substantial investments in Fortnite and Unreal Engine. Mythical Games offers both blockchain-based games of its own as well as a Web3 platform and full-service system for developers and publishers of every size to build or integrate blockchain-based play-to-earn economies into their games. Solana, a decentralized blockchain, is also offering studios ways to build games and incorporate NFTs with higher scaling potential and much lower transaction costs than the current L1, ETH-based solutions.

At Meta and Microsoft, they’re betting on VR and AR, respectively, as their entrance into the metaverse relay race, with Meta recently acquiring VR fitness games studios Beat Saber and Supernatural. Hiro itself has investments in companies like Fit XR, another VR fitness business, and other earlier-stage VR game studios like Polyarc.

Why should investors care about the potential of the metaverse?

Ultimately these digital worlds and their virtual assets will have as much value as the physical world and its economy, Alvarez says. Right now, the fashion industry clears about $1.25 trillion a year; in 20 years time, he’s betting that the digital clothes market will be worth the same. In fact, he’s invested in a digital fashion business called SKNUPS, a Web3 games skin platform.

The energy industry will also be powerfully impacted, with as much efficient, green power needed for the virtual world as the physical world’s logistics require. Virtual real estate, art, and other investments and assets will be similar in scale to the physical economy as well.

“2022 feels the same as 2002 did at the beginning of the mobile internet. In 2018, when we launched the fund, part of the excitement was that we felt we were right at the start of the next big computing evolution, with the rise of the metaverse,” he says. “We felt games would be at the center of that and it would be a big opportunity. It’s going to be much bigger even than mobile internet. It will create trillions in value. Games will be at the sharp end of the first use cases in that. So, we set out to make a fund to back the next generation of talented entrepreneurs in this space.” 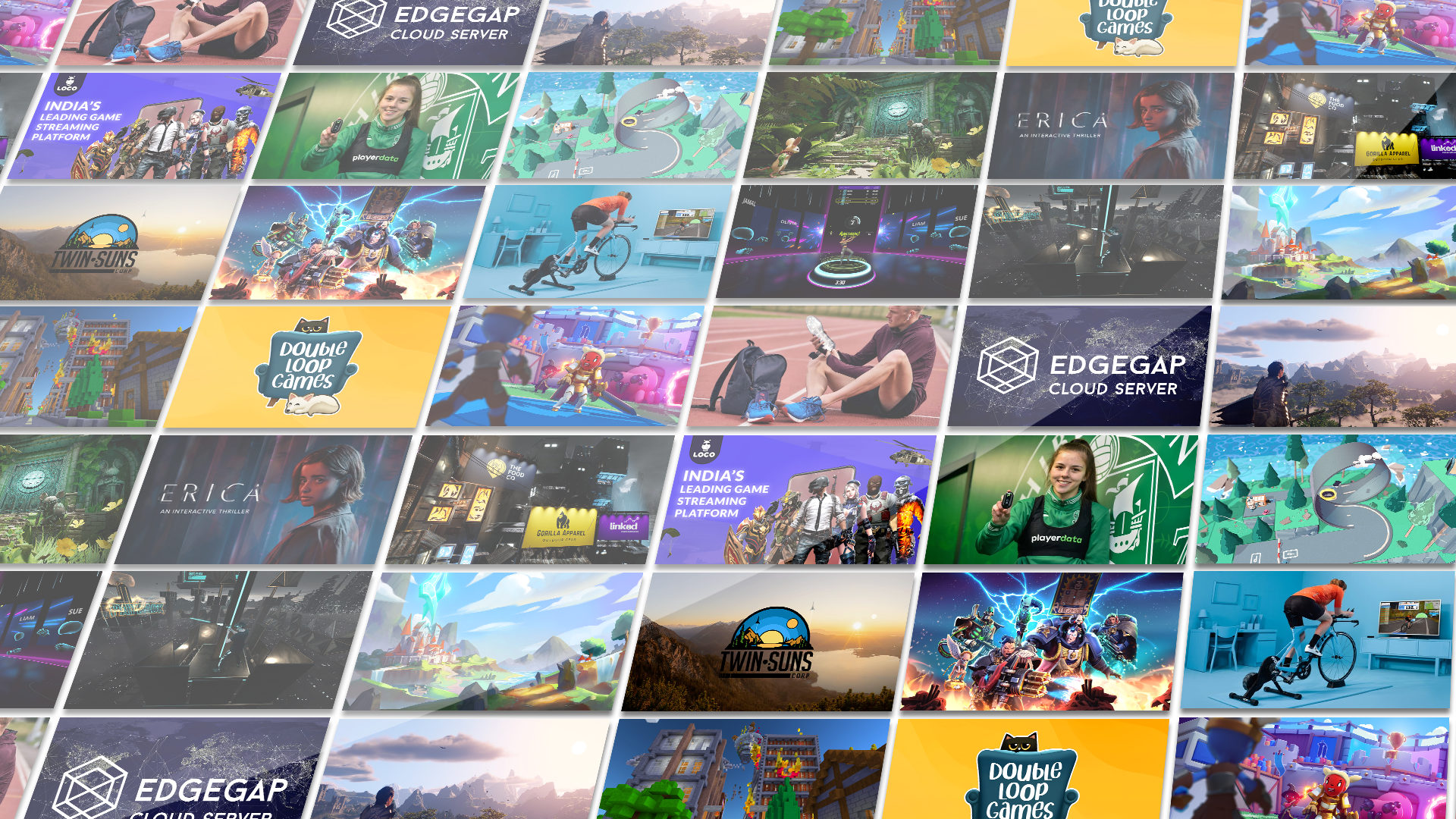 Part of the fund’s foundation is a commitment to backing strong creators making strong IP. Hiro co-founder Sir Ian Livingstone was one of the original creators of Warhammer in 1975 while at Games Workshop, and co-led the company behind legendary icon Lara Croft, and has since invested in hugely successful game studios including Playdemic (Golf Clash), Mediatonic (Fall Guys), and Sumo Digital.

Hiro Capital has since invested in innovative studios and platforms including Twin Suns Studios, FRVR, Snowprint, Polyarc, Happy Volcano, Double Loop Games, Flavourworks and Keen Games, Twin Suns, and more. They’ve tapped companies from the small Happy Volcano team to Fit XR, to LIV.tv, a leading VR streaming and creator platform. With Hiro Capital 2, they’re looking to back the new IP’s that will prosper inside the next generation of massively multiplayer metaverse worlds.

“It’s a very diverse mix of entrepreneurs, and diverse along all dimensions, but also very talented and heroic,” Alvarez says.

In the next five years he predicts the trend will start to pick up even more steam, with north of 100 million VR headsets, and tens of millions of second-generation AR headsets that can overlay digital metaverses onto the physical world and tens of millions of digital asset wallets. The number of early adopters will surge, and major publishers and new startups will step up to the new demand. The number of metaverse multiplayer worlds that include not only game components but digital assets like property, clothing, and art, will rise, and the blockchain protocols with staying power will rise to the top.

“Suddenly all those dreams in all those sci-fi novels will start to become possible,” he says. “We’re now able to build this stuff, but we’re only just beginning. We’ll only have a true set of metaverses when all of the very complex tech problems are meaningfully solved, and software can run in real time for billions of users at fractions of a cent in cost per transaction. And that’s a lot of work to be done by very clever techies all around the world. It’s going to be fun.”