Home » News » Which Armies Are In The Hobbit’s Battle Of Five Armies?

Which Armies Are In The Hobbit’s Battle Of Five Armies?

The Battle Of Five Armies is probably the worst film that Peter Jackson has ever made. As the climax of The Hobbit novel, I don’t think it’s particularly good either. Bilbo bumps his head and Tolkien doesn’t bother to write the details for the culmination of the battle. Battle scenes weren’t really his thing – that’s probably where Tolkien and Jackson differ the most – so it’s probably for the best, but still. It feels like a bit of a cop out.

When you’re asking which armies were in the Battle of Five Armies in The Hobbit though, there are a couple of differences and a little discussion around what is actually quite a clear cut answer. First, we’ll consult Tolkien, and then I’ll go into the nitty gritty details around what often makes people confused.

“Upon one side were the Goblins and the Wild Wolves, and upon the other were Elves and Men and Dwarves,” writes Tolkien in The Hobbit. So what’s all the confusion about? A lot of it, as is often the case with this sort of thing, comes from the films. Firstly, the nature of the Wild Wolves differs in book and film. In the Jackson, Walsh, and Boyens movies, Wargs and Wild Wolves are nothing more than Orc Horses, as much a character as Brego or Asfaloth. In the books, however, Wild Wolves have a society all of their own. They’re far cleverer, and some even talk. In the books, it’s clear that they are separate from the Goblin force, even though they’re fighting together. 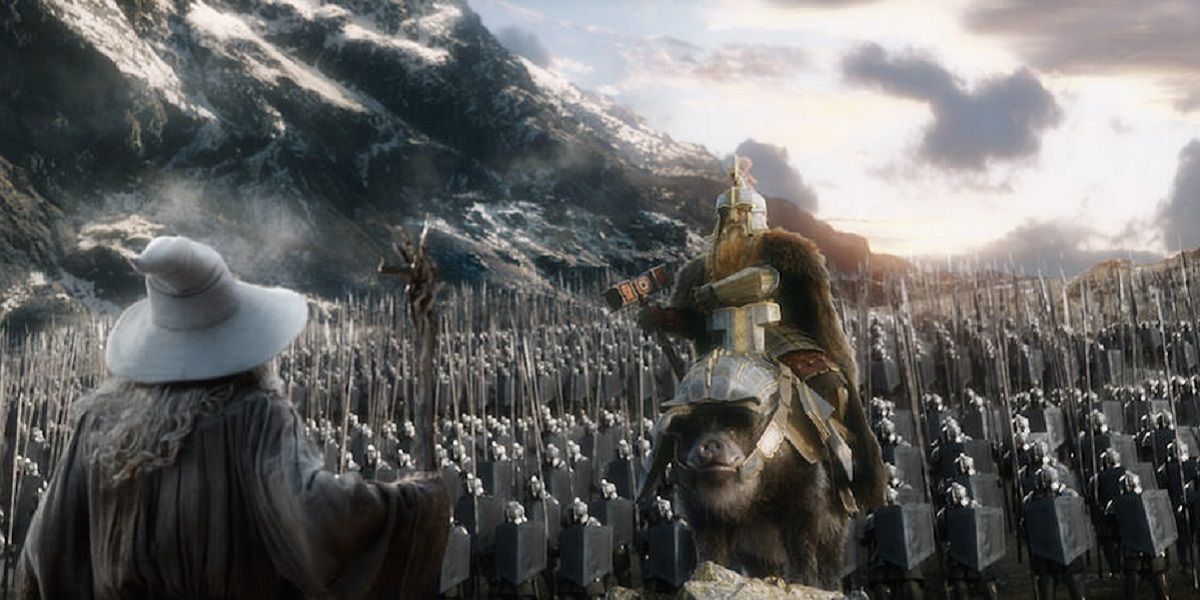 Another point of confusion that stems from the film is that nothing is as explicit on screen. Without an omniscient narrator, why would someone, say, Bilbo, turn to the camera or a Dwarf and say, “And so the Battle of Five Armies begins. Those armies are the Dwarves, Elves, Men, Orcs, and Wild Wolves.” It’s bad dialogue and the film is better off without it. However, it still remains unclear despite being the title of the film.

You have to dive into the appendices to really understand which armies are involved in the film version of the battle, Appendix 12 to be precise. These exhaustive behind the scenes documentaries are the best part of the Hobbit trilogy, and even though it feels strange to have the film’s title explained in some nook that few will even watch, Jackson’s logic fits with his trilogy’s expanded vision. While Men, Elves, and Dwarves remain central to the alliance of ‘good’, the Wild Wolves are pushed out of the evil picture, forfeiting their place for the Orcs of Dol Guldur and the Orcs of Mount Gundabad. 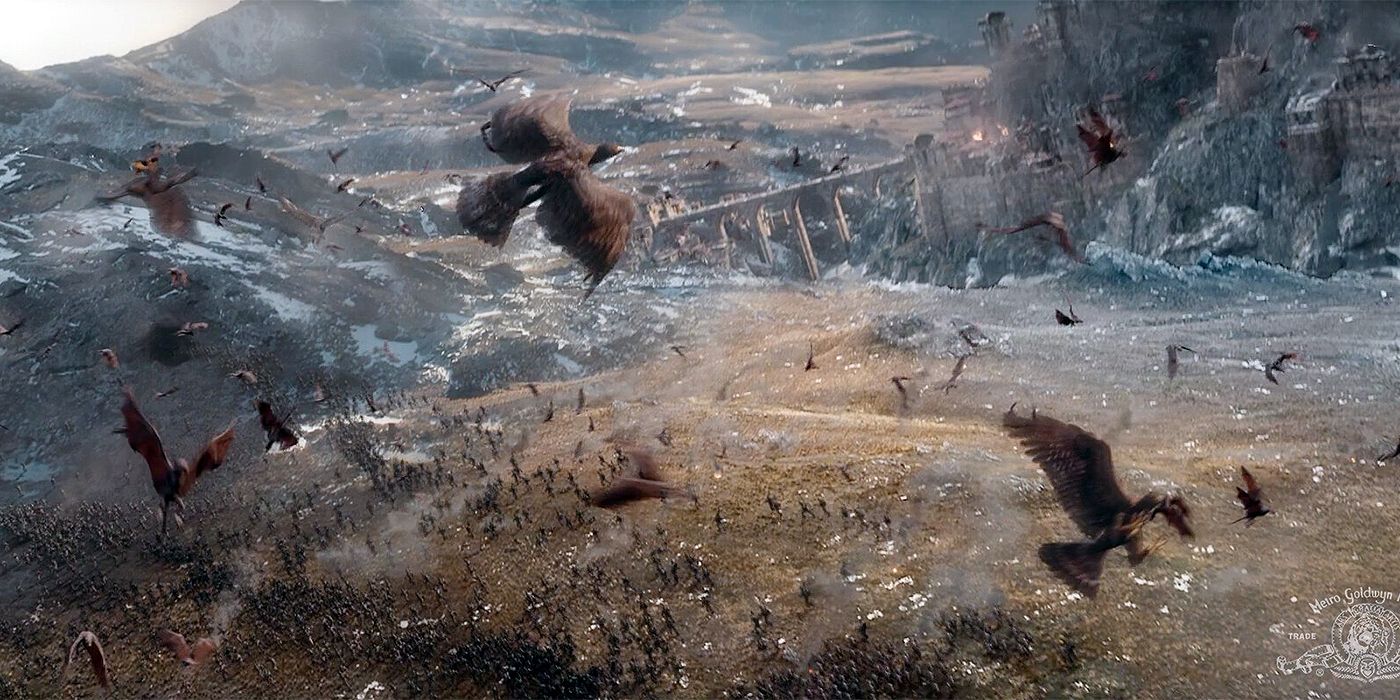 Go further afield still, and more confusion rears its head. In the 1977 Rankin/Bass animated film of The Hobbit, the good armies are again the same, but joined by the Eagles, while the evil force comprises simply of Goblins. Much like the Jackson, Walsh, and Boyens film, Wargs are just a part of the Orc/Goblin army, rendered useless and forgotten.

If you just read the book, then I understand if you don’t get where the confusion comes from. However, when you add the film into the mix, things get a lot more convoluted. Besides, Beorn, Gandalf, and Bilbo are also present in the battle in both the book and the film (Extended Edition only for half a second of Beorn). Why isn’t it therefore the Battle of Eight Armies, including Wizards, Hobbits, and Beornings? I don’t know for sure, but one man (or bear) hardly constitutes an army. Is it unfair that these fighters’ races aren’t represented in the battle’s name? Perhaps, but I think the Eagles have more reason to be aggrieved, being omitted in all but the 1977 animation.