What Your Starting Class In Elden Ring Says About You

There are ten starting classes in Elden Ring, all of which have different strengths and build focuses to help entice players into choosing one over another. While some of you will go into Elden Ring knowing precisely what class is for you, newcomers will likely select their class based on a much different metric.

How the starting class looks, what their weapon of choice is, can they perform spells, are they nimble or hefty? These are all questions players will inevitably ask themselves when scanning the list of potential candidates to explore the Lands Between for hours on end. 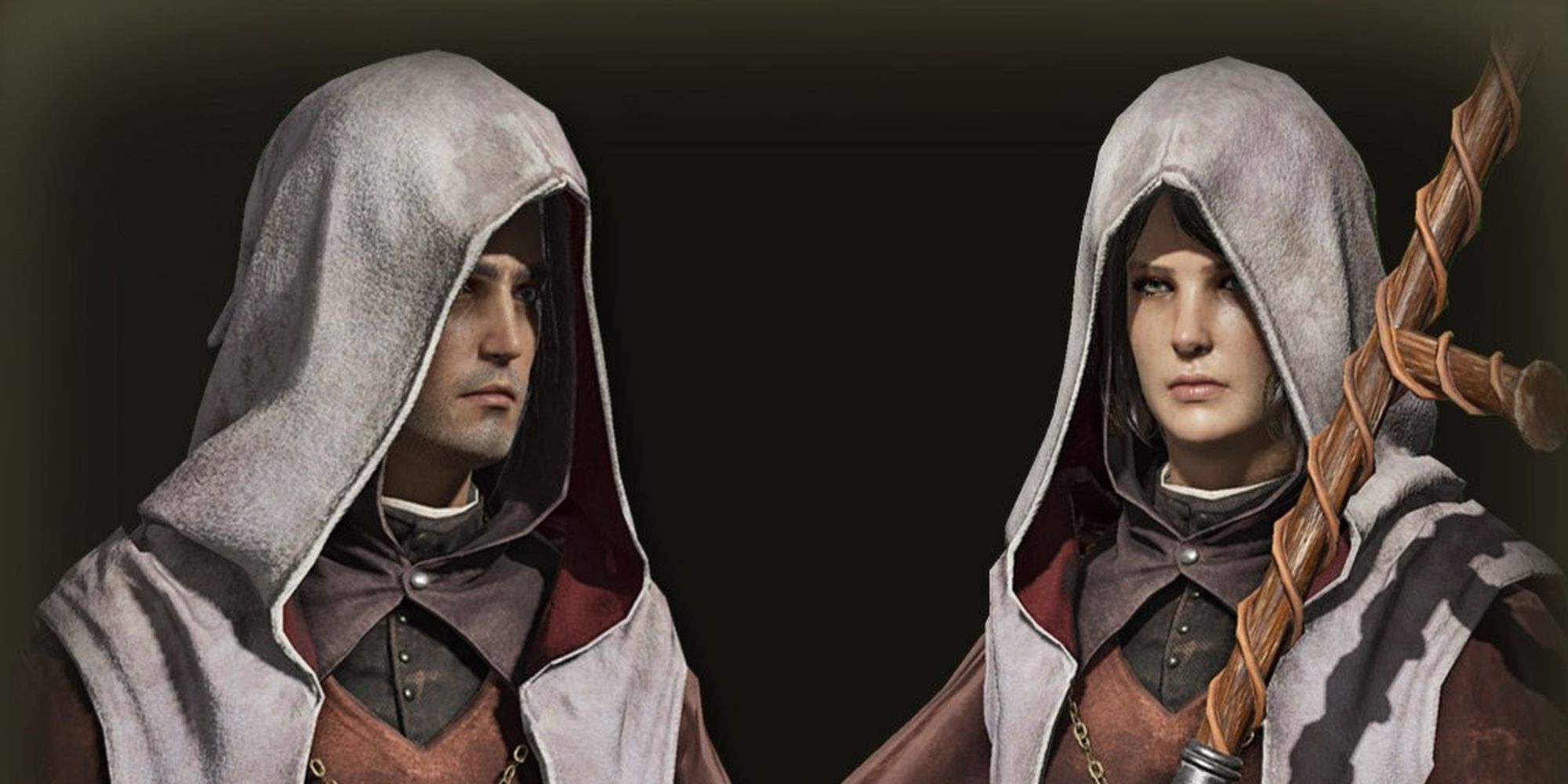 Astrologers get a bad wrap in Elden Ring, as their focus relies on casting sorceries at their opponent at a safe distance, trying to avoid physical confrontation at all costs. And, you know? That's not fair. Perhaps, as their stat number in Intelligence may imply, they might be the smartest players of the bunch.

Why charge headfirst into some of the most grotesque enemies in FromSoftware's catalog when you can essentially Kamehameha the most formidable foes into submission in a matter of seconds? Additionally, Astrologers can learn a wide variety of abilities compared to relying on weapons and shields. Astrologers are definitely the brains of the group in Elden Ring. 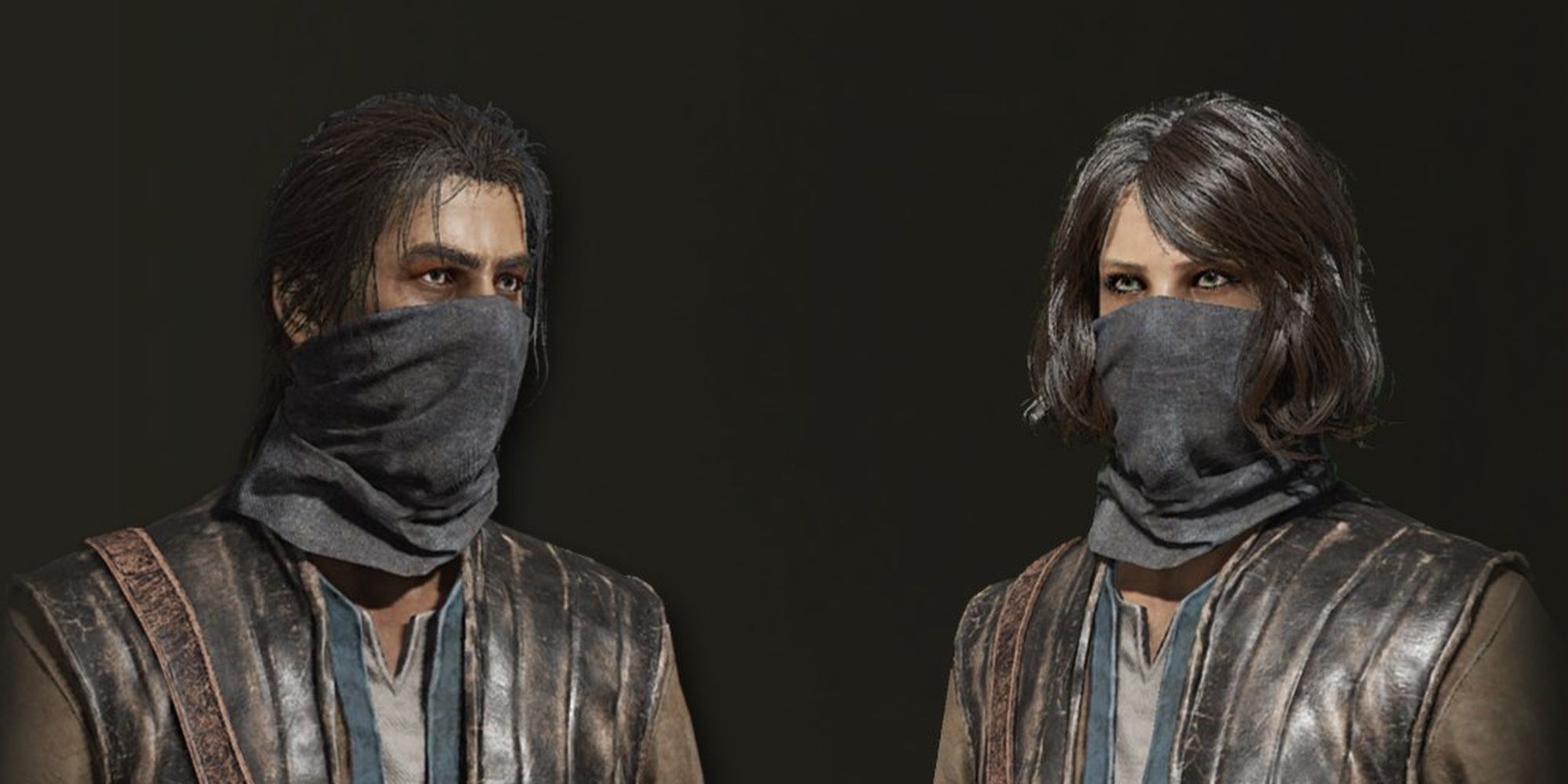 For Bandits, it's safe to assume those who rolled with the Bandit class as their starter are those who are a bit older since their first dive into the Soulsborne titles and want to recapture the edge of their youth. The Bandit class is risky but rewards a brave playstyle, with parrying and short swords being its primary focus.

Whereas the Astrologer prefers taking things on from a distance, the Bandit thrives when they're in their opponent's face and must learn the timing of their attacks to execute a parry and cash in on their unique playstyle. We suspect not many newcomers will roll with the Bandit. Only the veterans of the FromSoftware Soulsborne titles will, ones who were broken long, long ago. 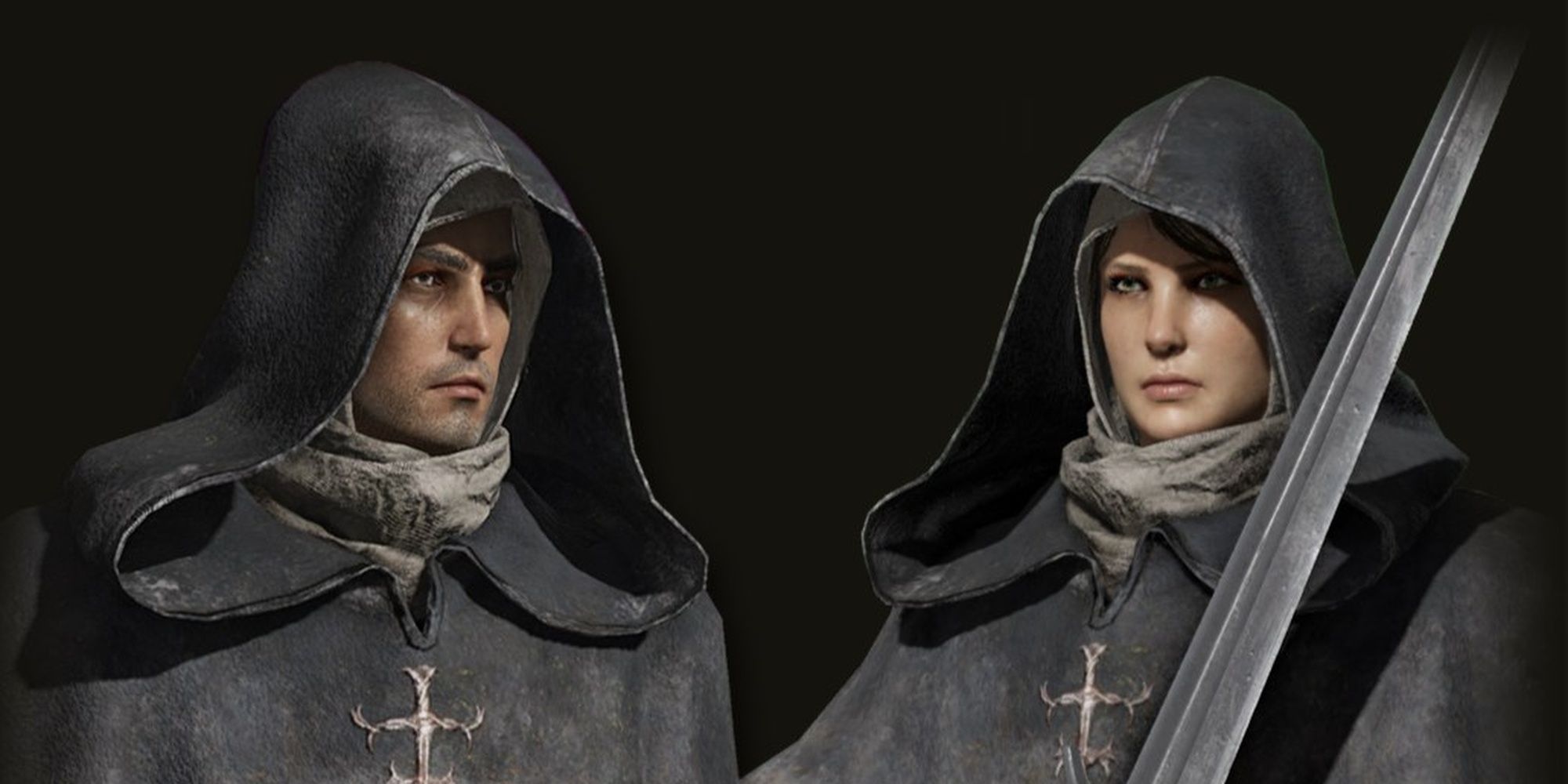 For a more modest "a little bit of everything" choice, the Confessor class is undoubtedly filled with folks who just want to have fun and help people along the way while doing it. Though Confessors cannot perform sorceries like the Astrologers, they possess a great deal of Faith, allowing them to cast incantations.

Furthermore, Confessors will start their adventure with a Broadsword and a Shield. That's a lot of stuff they have at their disposal. Not only can they heal or buff themselves with incantations, but they can equip a wide range of weapons and small armor from the jump. This class is simply fun to play and upgrade, and we assume the players mimic that trait. 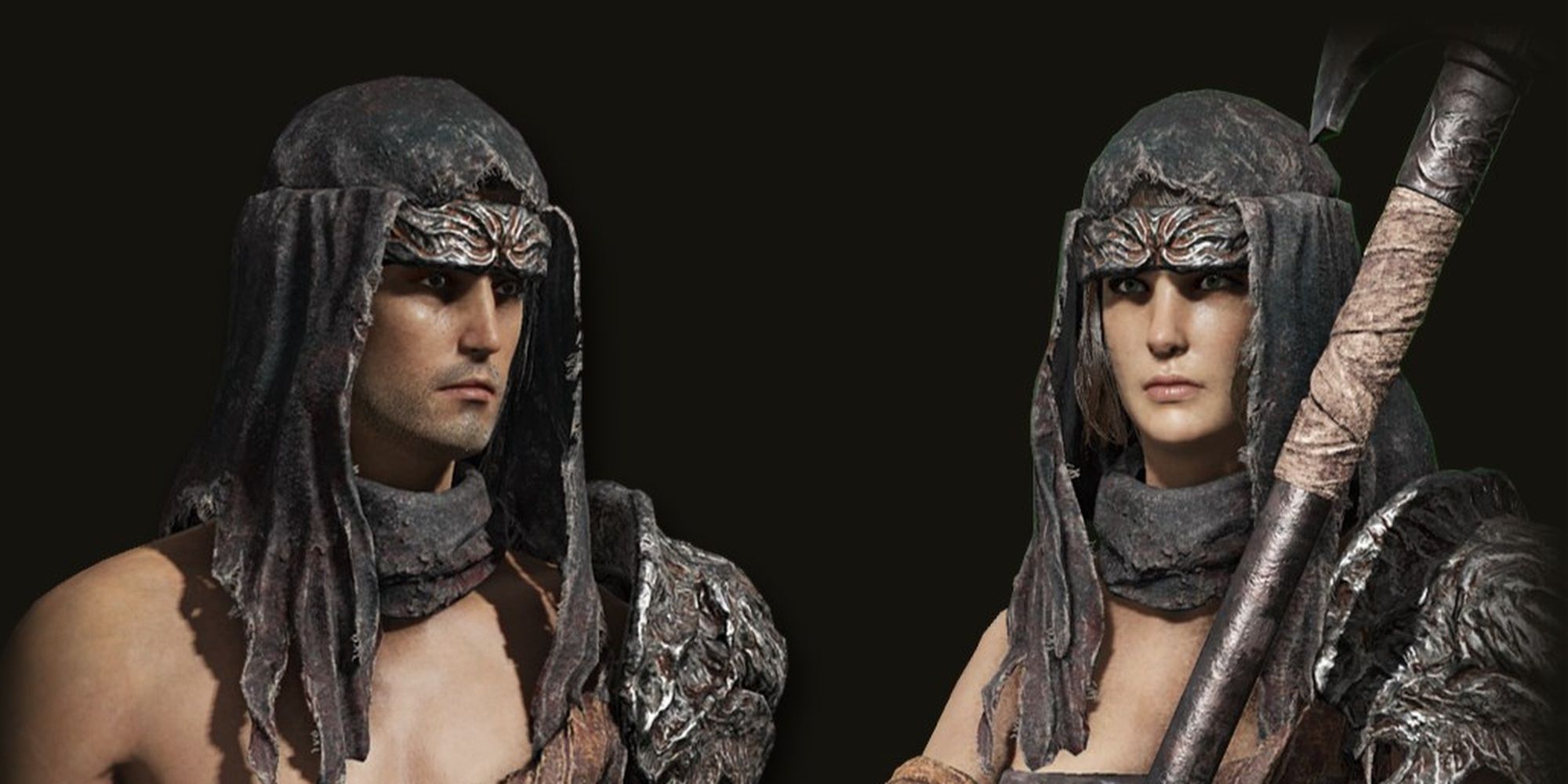 If the fighting game "Unga Bunga" character archetype were to stumble its way into Elden Ring, it would be the Hero starting class. There's nothing wrong with those characters or this class, but it's for those players who love to shut their brains off, press buttons, and see significant results.

Think of Guilty Gear Strive's Leo Whitefang as an example. That's what this Battle Axe wielding, Strength focused, unit of a character is all about. Just getting down and dirty with the enemy, dealing loads of damage, and coming out on the other end victorious through sheer power. Honestly, we need more Unga Bunga characters in FromSoftware titles. 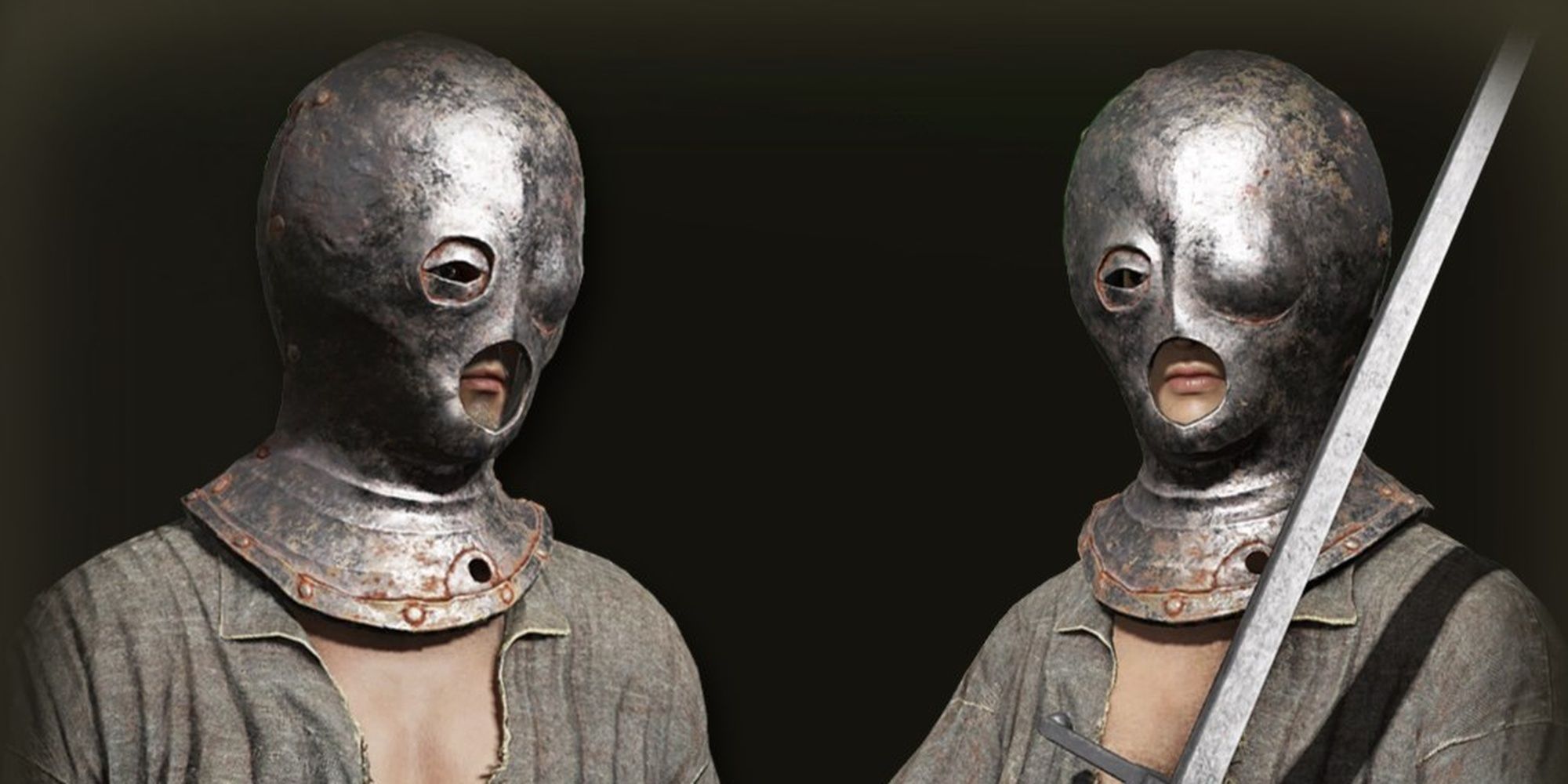 If you picked this class because of the look of it alone… You know exactly who you are. Otherwise, if you are trying to convince yourself -and us- that the stats and playstyle are why you went with it, we will humor you for now. The Prisoner is the starting class you pick if you want to flirt with magic while wielding a blade and parrying shield, making it much less risky to play than the Bandit class but more risqué overall. If you catch our drift.

Look. The Prisoner is actually a pretty solid class, but no one rolls with it because of that. The fact is, we know that helmet ignited something deep within you, and we also know exactly which characters you're going to simp for whenever you encounter them. You can try pointing to the stats all you like, but we're onto you, and we're very aware of you. 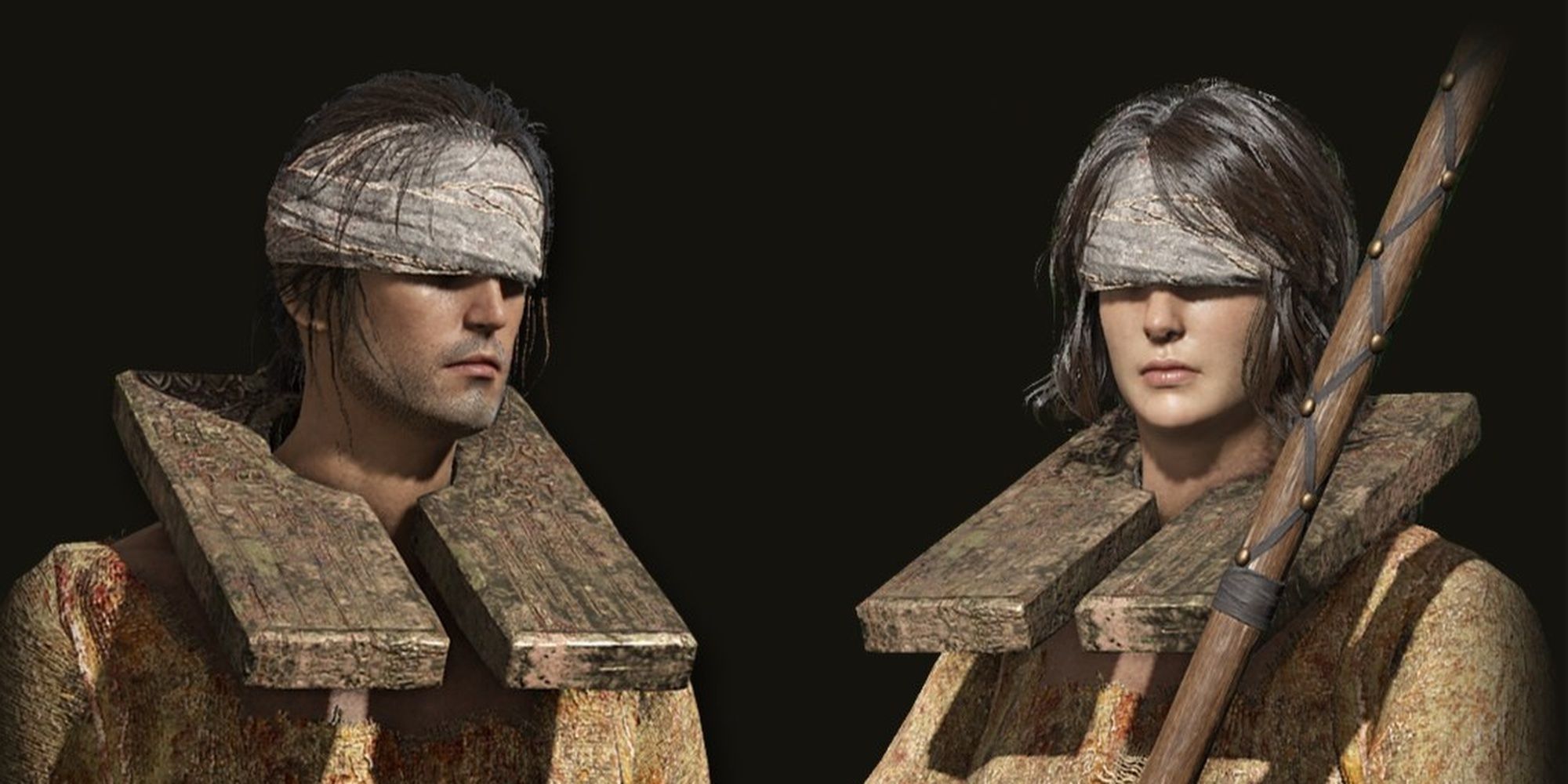 The best way to describe the Prophet class is to compare it to the people that have trouble picking a favorite thing and sticking with it. Like, no one that starts as the Prophet will come out on the other side of the game as the same build archetype. You will either focus on making a spellsword build, ditch weapons entirely or end up respeccing out of pyromancy and into something else.

This isn't to say that the Prophet is a terrible choice. It certainly isn't. However, as the game progresses, you will find out if you like using spears, like using spellswords or just like wreaking havoc with fire and will lean heavily into one of those three things. The Prophet is essentially the class of indecisive people who love finding what clicks through a series of unnecessary hurdles. 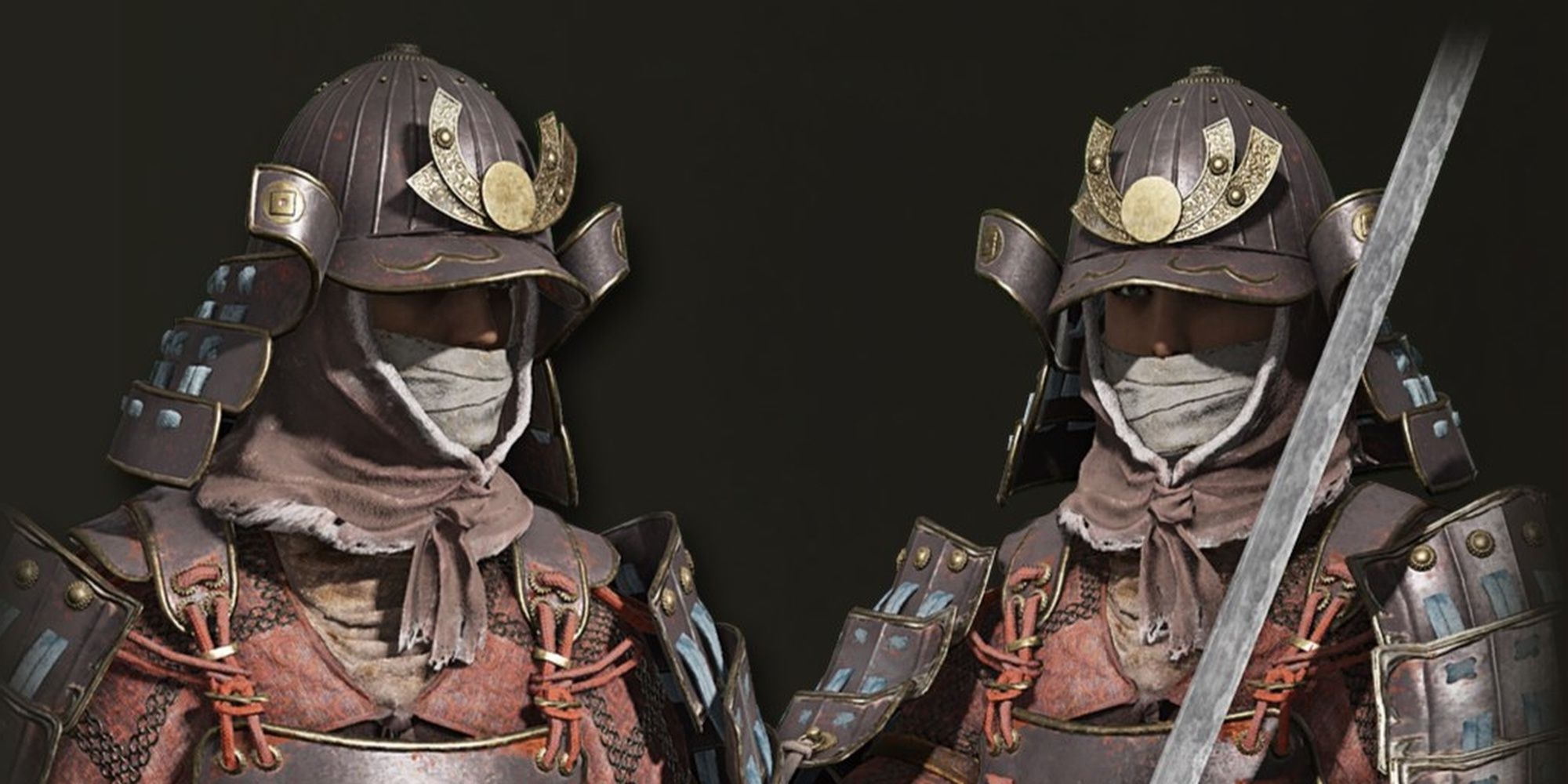 Much like Final Fantasy 14, if you see someone running around as a Samurai, you will immediately point them out and think to yourself, "Damn, that is so cool!" In Elden Ring, the same rules apply, and there's no denying it. Samurais are cool, and the people that play as Samurais are the same.

Everything from the armor design, to the lengthy Uchigatana that deals Bleed Damage, to the solid stat lines of the Samurai, everything is so perfectly placed and displays confidence and composer. If you saw the Samurai and immediately selected it without giving it a second thought, you're simply badass. That's all there is to it. 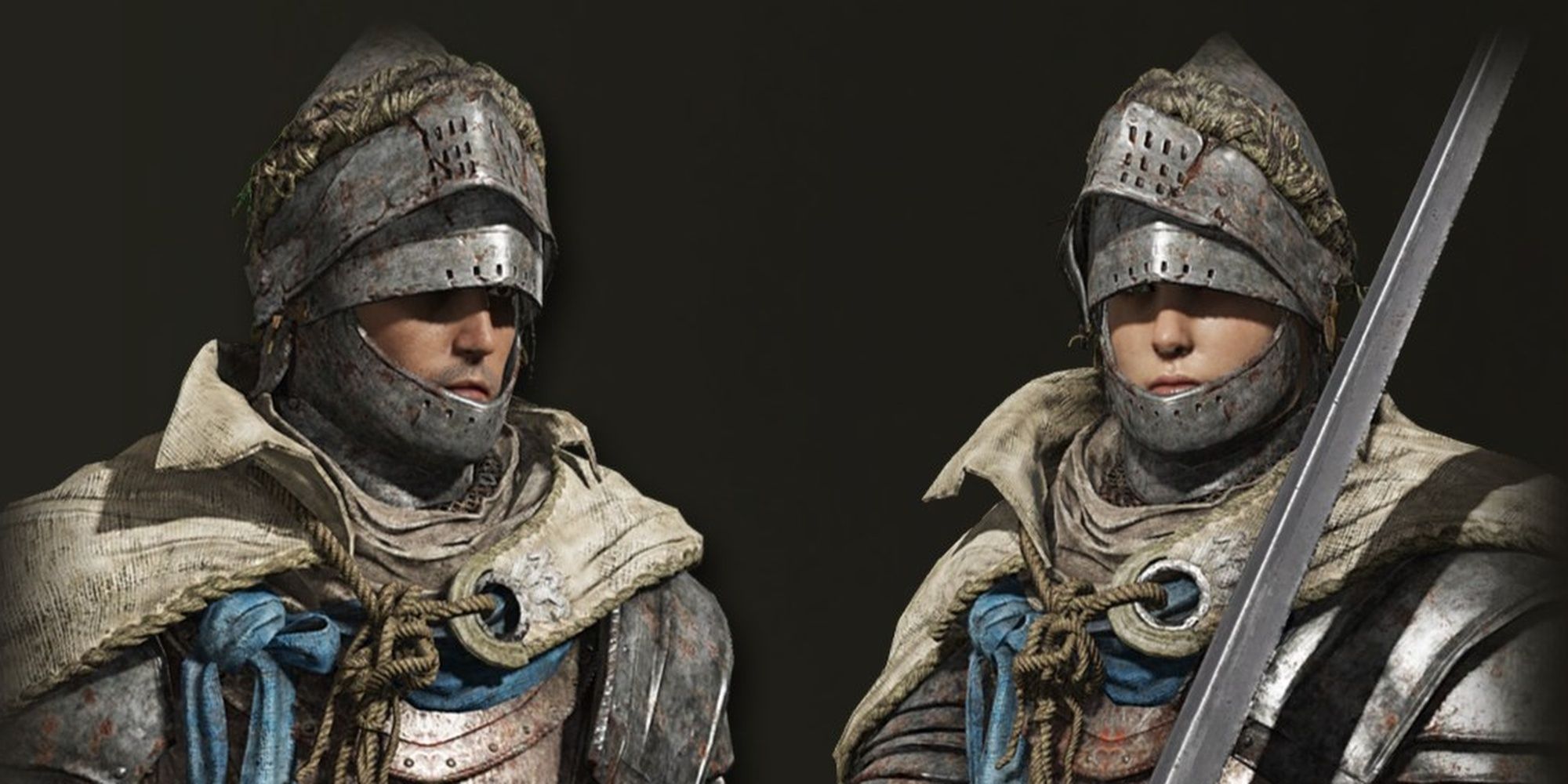 Despite its "heavy rolling" ailment, the Vagabond is a class for those who want to play it safe while having some decent tools to run around with. While calling them basic may be a bit too harsh, this class is definitely the most accessible for newcomers and was clearly made with that in mind. The Vagabond can wield just about any weapon in the game and starts with a Longsword and Halberd.

This is why choosing the Vagabond makes you basic, which is totally okay. Being basic isn't a bad thing and, in fact, will allow you to shine early on and keep shining throughout your journey. 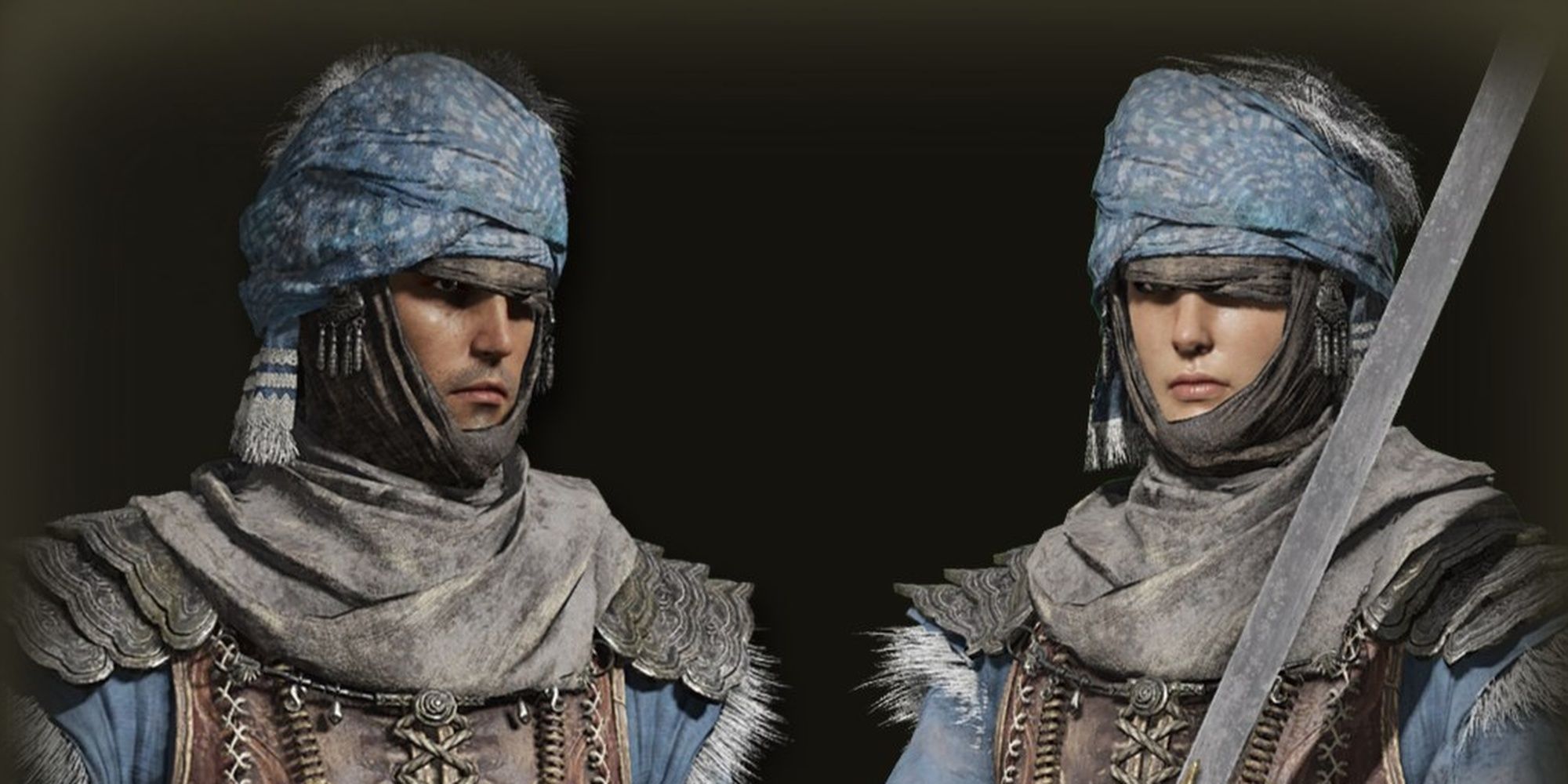 In Elden Ring, there must be a class that out styles the others. In this case, the Warrior is the most stylish class in the entire game in both looks and combat. This class is all about Dexterity, perfect dodging, and wielding dual Scimitars to take down formidable foes. The Blue Cloth Cowl and Vest assigned to the Warrior is one of the best-looking sets in the entire game, even when including the late-game sets.

There's really nothing else that needs to be said about the Warrior. It shares many similarities with the Samurai in terms of having a genuinely cool look and combat style, but it runs away with it. If you saw the Warrior, and it caught your eye, good on you. You have excellent taste and style! 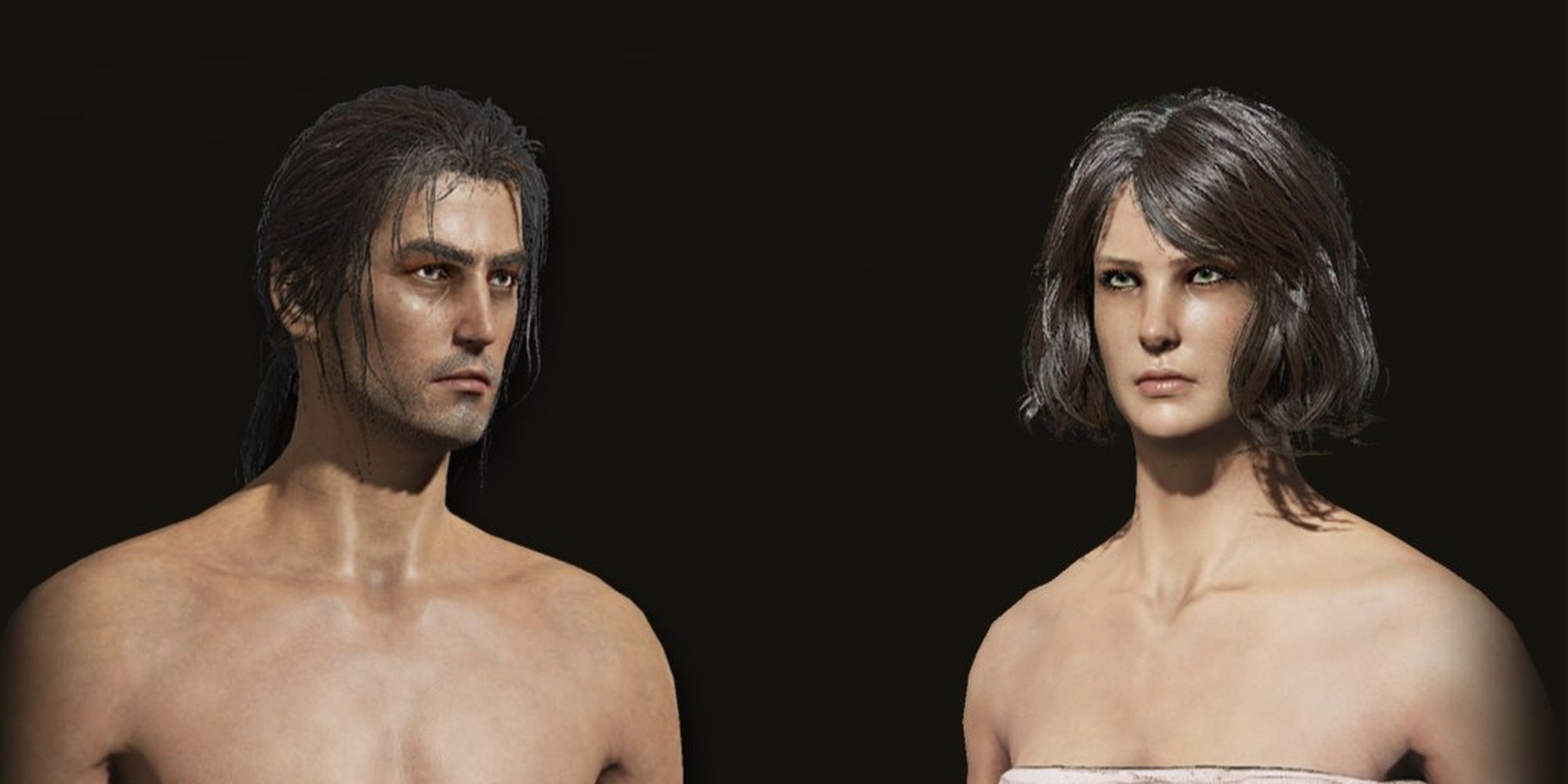