The Outcast Engineer DLC for Vermintide 2 provides a powerful new Career option for Bardin Goreksson. As an Engineer, the talkative dwarf can deploy the mighty Steam-Assisted Crank Gun and mow down the forces of evil. By choosing the right Talents, players can get even more value out of his dangerous weapon and even tailor it for specific situations.

This guide looks at each of Bardin's Talent options and helps pick the right one for your playstyle. Your choice of weapons is important, but the randomized nature of the game's loot system means that you'll need to build around what you have until you've managed to grind out the exact gear you want. 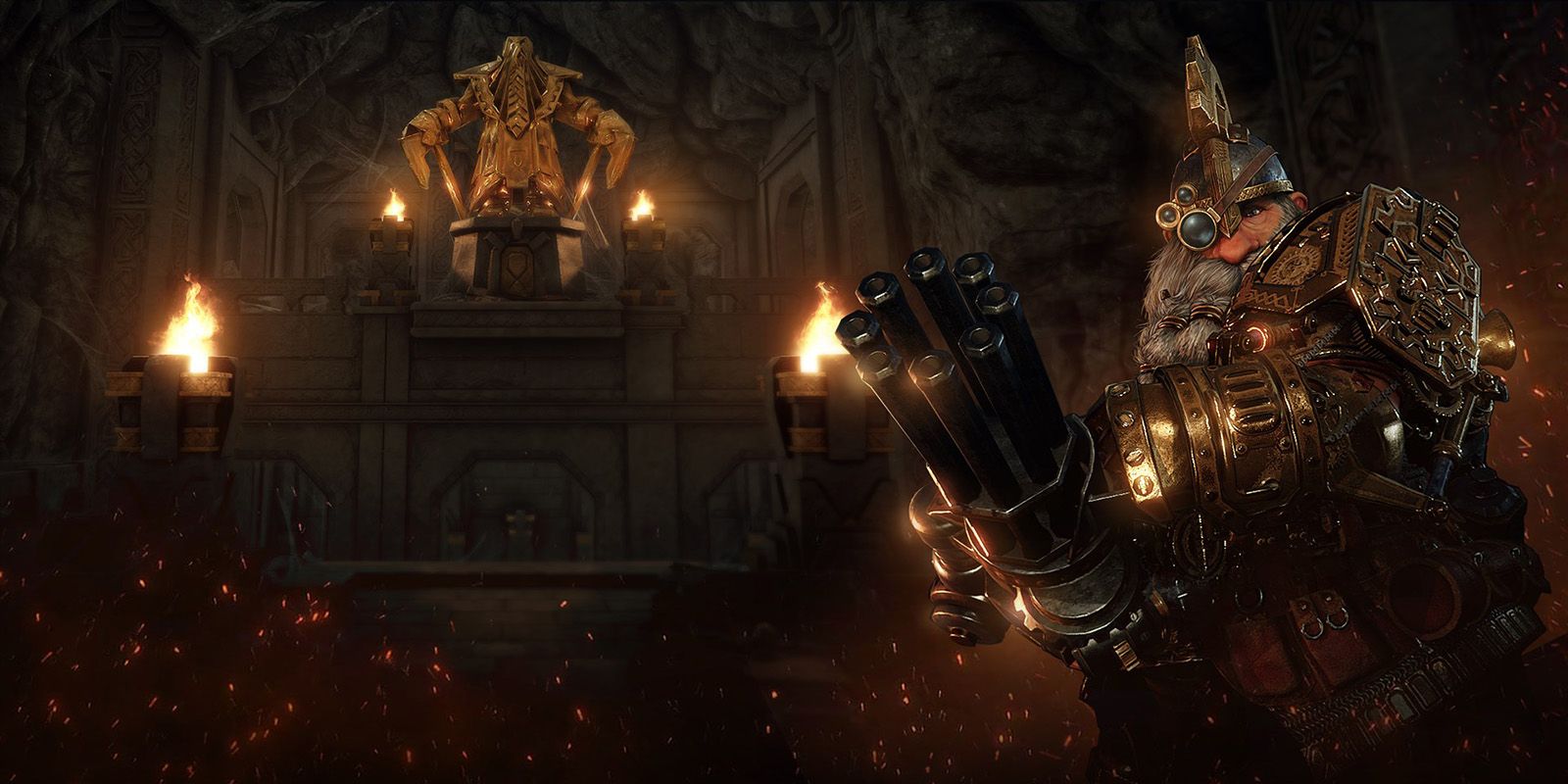 The Engineer's mighty automatic weapon is the cornerstone of the Career, so you'll want to activate it as often as possible. Once it's turned on, each shot will deplete its meter; once the meter expires, the weapon is put away and must cool down for one minute before it can be used again. Holding the reload button builds up Pressure, which refills the bar but is lost as soon as the weapon is fired. Unlike most Career Abilities, the Crank Gun's cooldown is not sped up by hitting enemies or taking damage. The best Engineer builds focus on getting the most out of this dangerous contraption.

While you're waiting for the gun to cool down, you'll still have your regular arsenal. The Engineer can carry extra grenades and ammunition, making any ranged weapon he carries potent for prolonged engagements. He also has access to the Drakegun and Drakefire Pistol, which are powerful crowd-control weapons, but since they don't use ammo, they won't take advantage of the Career's extra carrying capacity. 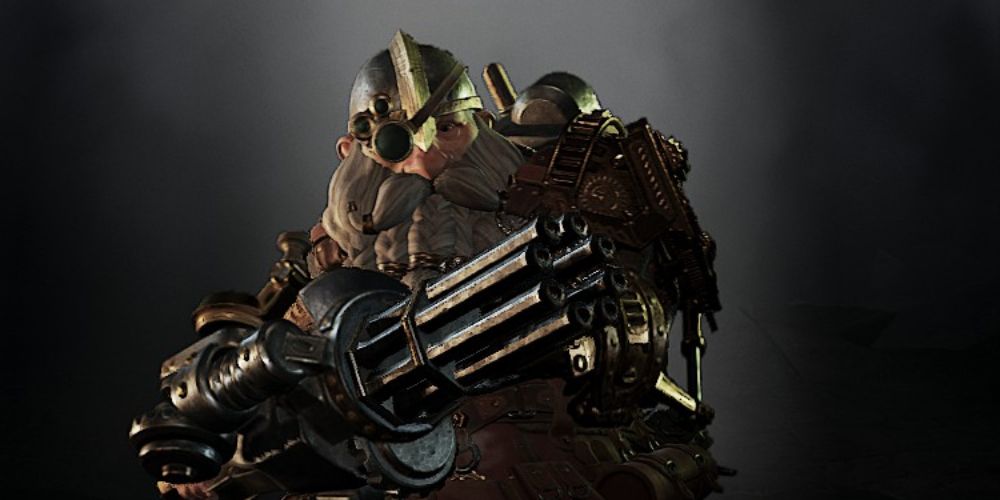 Your selection in the first Talent slot will largely depend on your choice of melee weapon. The Engineer isn't a support Career, so a healing Talent like Pouch of the Good Stuff isn't necessary. Instead, you'll want to pick either Engineer's Resolve or Morgrim's Enthusiasm. If you're using a hammer, take Engineer's Resolve to capitalize on your weapon's extra Stagger potential.

If your weapon is an axe, Morgrim's Enthusiasm is the way to go since you'll be able to trigger it more often by cleaving through multiple enemies. Either Talent will work with a War Pick, but the weapon's slow attacks make it slightly better with Engineer's Resolve in the majority of situations.

Conversely, your next Talent slot will depend on your ranged weapon. Leading Shots is best with Drake weapons, as it allows them to rapidly churn out critical hits. More traditional ranged weapons are best used with Armour-Piercing Slugs, especially since the extra penetration will allow you to defeat more enemies per shot.

Scavenged Shot should only be taken if you have a melee weapon that is considerably better than any of your ranged options.

This is an easy choice: Enhanced Power should always be taken here, as it will directly increase the effectiveness of all your weapons. This includes the Crank Gun.

Mainstay and Bulwark are better for melee builds, which don't suit the Engineer.

Your first round of upgrades for the Steam-Assisted Crank Gun gives you a choice between damage, uptime and firing rate. Since you want to have the Crank Gun active for as long as possible each time you use it, the best choice here is Experimental Steam Capacitors. This allows you to maintain your pressure buildup while firing, partially negating the drain on the weapon and giving you more time with it. You'll still need to hold reload during quiet moments, since Pressure stacks still clear once every twelve seconds.

Full Head of Steam grants a significant power boost but requires the Crank Gun to be fully charged and the buff only lasts for ten seconds, and the extra attack speed granted by Superior Gaskets doesn't translate to as much extra damage as simply having the gun available for longer.

In almost every situation, Ablative Armour is the best Talent at this level. The Engineer has low maximum health and no defensive perks besides this one, so this Talent will definitely save your life at some point.

If you really trust your allies to keep you safe, you could consider switching it for Bombardier for extra crowd control, but if Sienna is in your party, doing so becomes redundant.

Piston Power is neat, but is another melee Talent in a Career that prefers to fight from range whenever possible.

Since keeping the Crank Gun active is the best strategy for an Engineer, Innovative Ammo Hoppers is the most critical Talent available to the Career. Not only does it increase the length of the gun's meter by fifty percent, it also allows the gun to be fired freely for four seconds after Bardin kills a special enemy.

Gromril-Plated Shot is good for dealing with armoured enemies like the Chaos Warrior, but this option should only be taken if your team doesn't have other good ways of dealing with such foes.

Linked Compression Chamber is a distant third, as it doesn't provide enough of an advantage to compete with the other Level 30 options.