Warframe: 10 Ways To Prepare For The New War Update

Warframe's The New War update is right around the corner. Scheduled to release on December 15th, now is the perfect time to prepare your Tenno for the upcoming cinematic quest and new content. And just like previous cinematic quests, there's quite a bit you'll need to do before you can start The New War.

This guide will go over ten tips to help give you a head start when The New War update launches. We'll be going over prerequisites to start The New War quest, provide some recommendations to help you farm Harrow Prime the second he releases, and we'll give some loadout recommendations to make this update as enjoyable as possible. 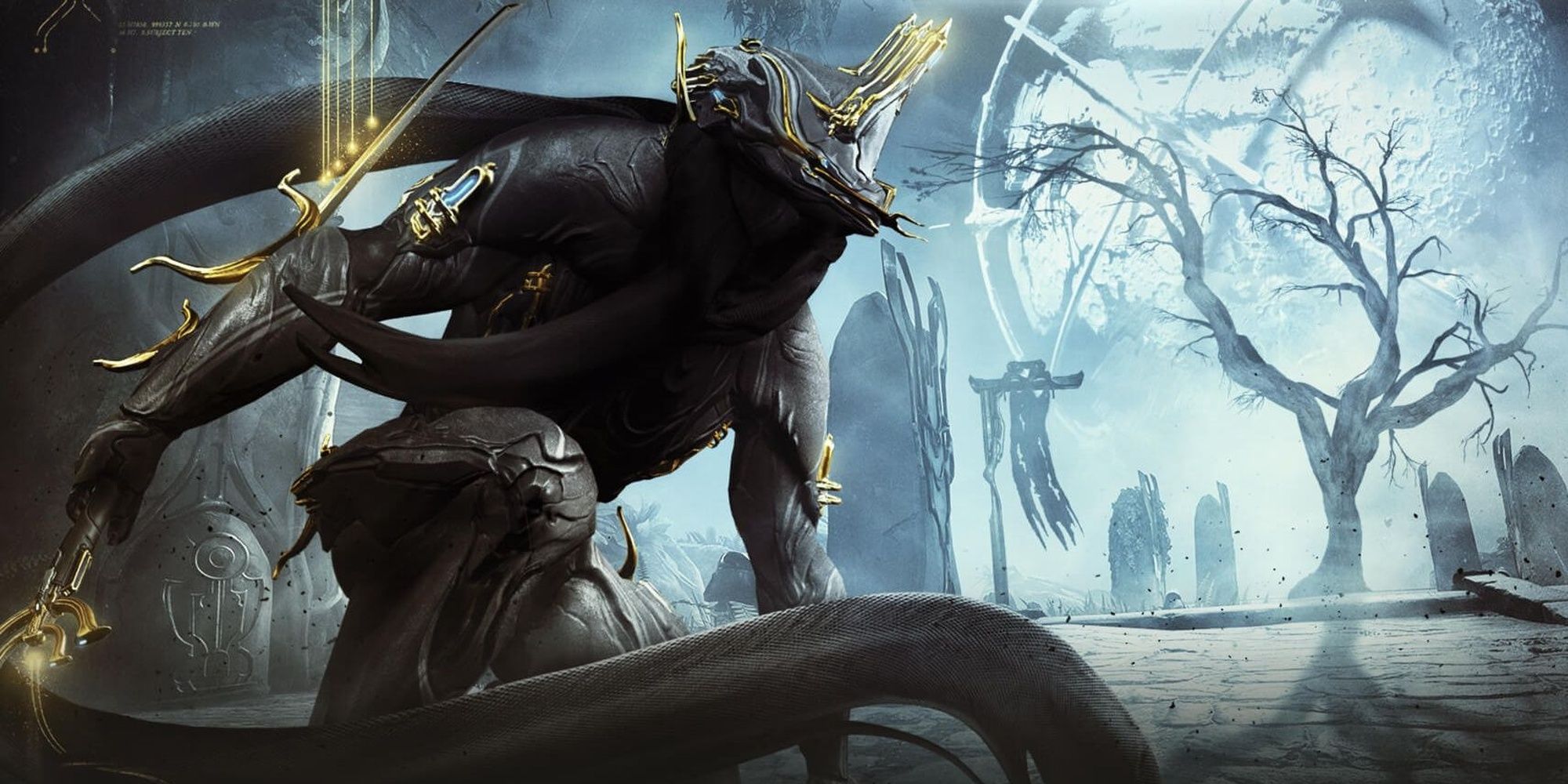 To play The New War quest, you must have completed the following quests:

Don't let the number of quests dissuade you; just about all of these quests are linked together. Natah unlocks when you reach Uranus, with subsequent quests unlocking as you finish Natah and planetary Junctions. The only quests you might have missed are Rising Tide, Heart of Deimos, and the Chimera Prologue.

Rising Tide is a main quest where the player must create a Railjack. If you haven't played Warframe in a few years, a Railjack is effectively a combat-ready spaceship disconnected from your Orbiter. This quest unlocks after you finish The Second Dream. You'll also need access to a Dry Dock to finish this quest, located either in your Clan Dojo or specific Relays (Europa, Saturn, Pluto, and Eris).

Heart of Deimos is a questline tied to Deimos' open world, the Cambion Drift. So long as you've unlocked Mars, you can access this quest.

The Chimera Prologue is an epilogue quest that unlocks after completion of The Sacrifice. You can start this quest from your Orbiter's Codex menu. This is also where you'll complete Erra and The Maker. 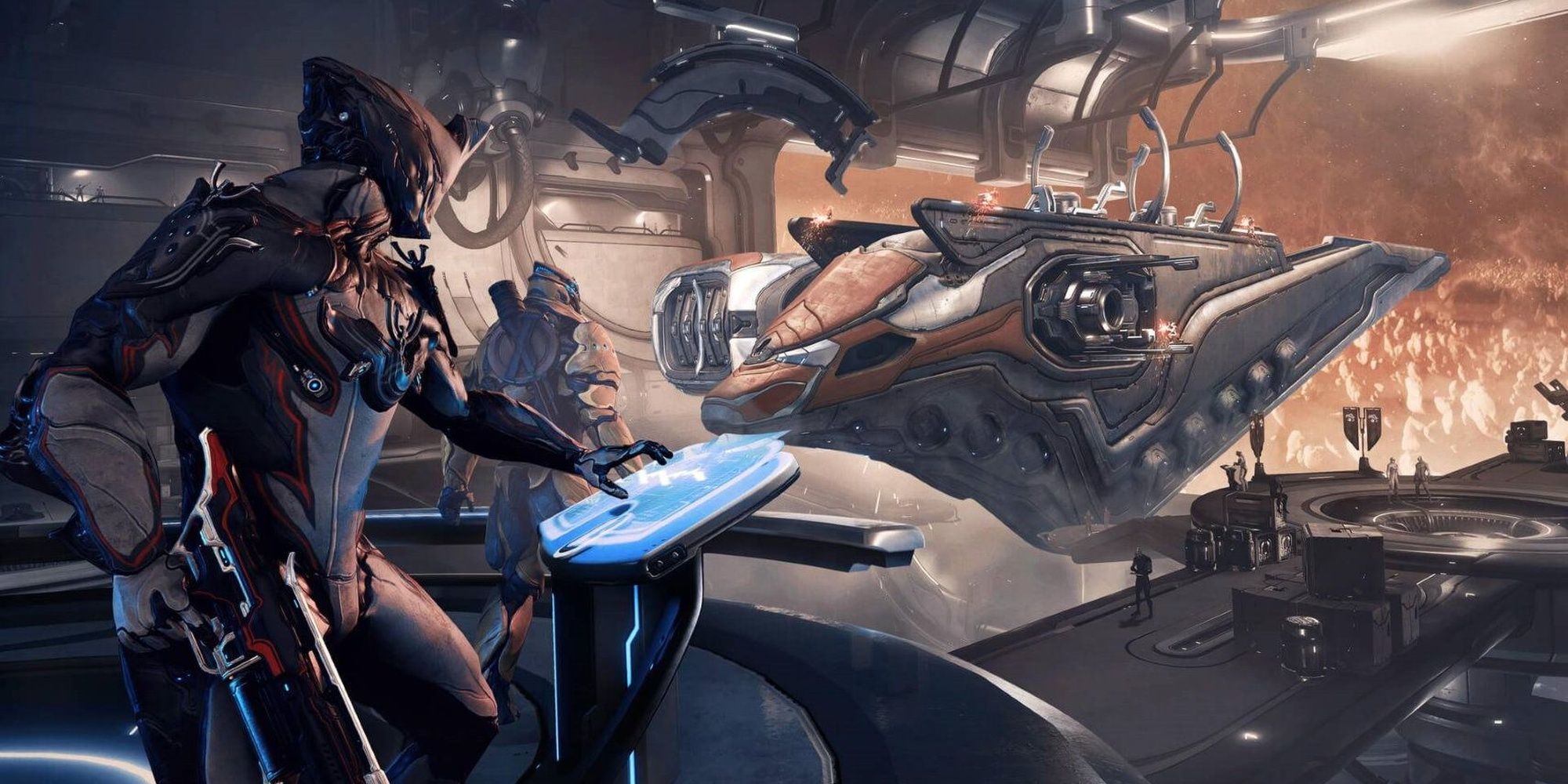 As mentioned in the previous entry, The New War quest requires that you own a Railjack. Railjacks are obtained by completing the Rising Tide quest, unlocked after you've completed The Second Dream. This quest will guide you through crafting each segment of the Railjack.

If you haven't played Warframe since Railjack was released, now is the best time to make one. The crafting requirements for each component have been drastically reduced, and the time gates in this quest have been practically removed, now only taking a minute to craft each part instead of multiple hours.

Once you've obtained a Railjack, we also recommend you upgrade it. You can research higher-tier parts for your Railjack in a Clan Dojo's Dry Dock, improving your Railjack's survivability and overall damage. Additionally, we also recommend that you invest points into the Command Intrinsic. This Intrinsic allows you to recruit AI crew members that take the place of other squadmates.

More information on Railjacks can be found in the following guides: 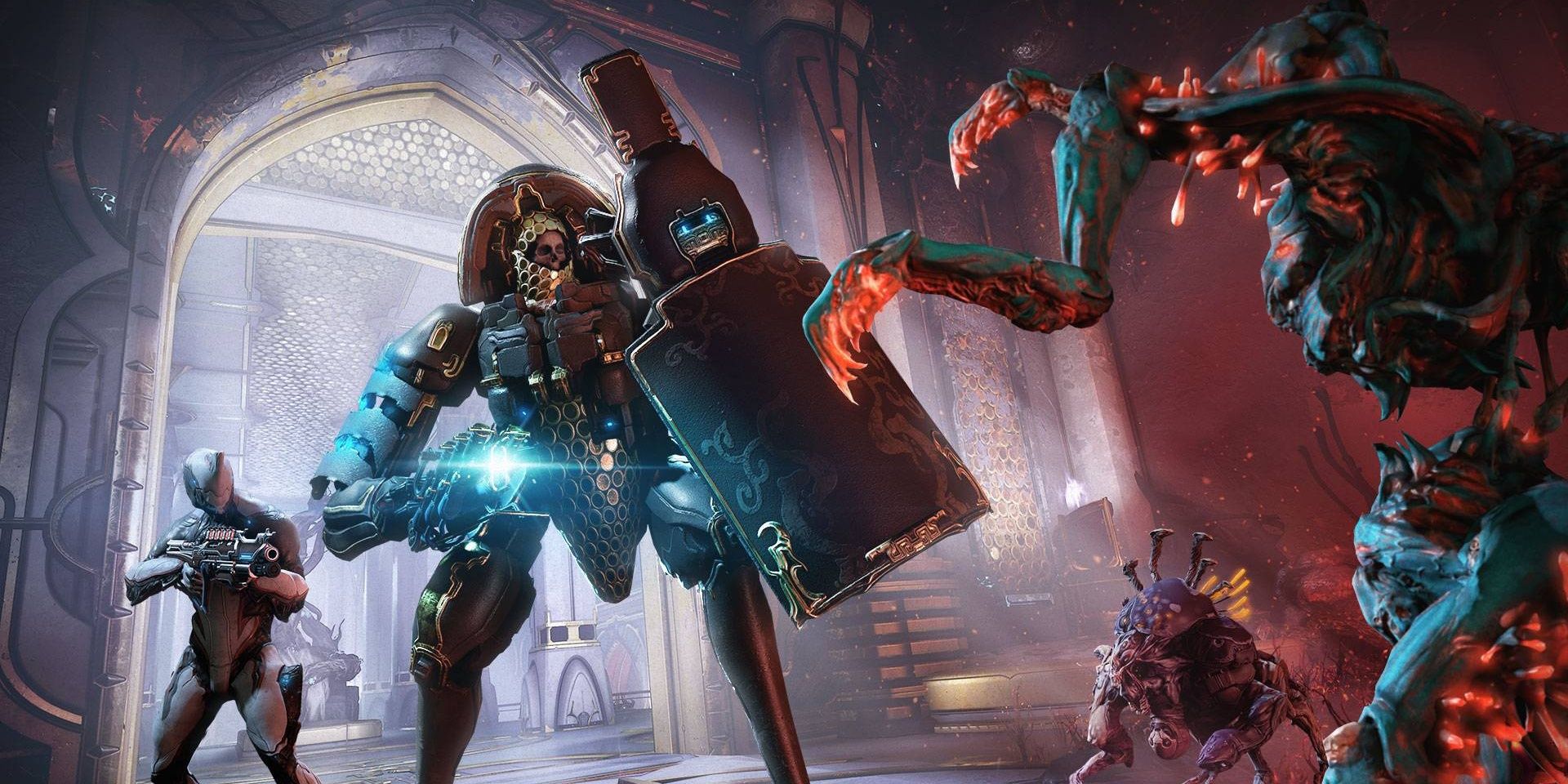 Before you can play The New War quest, you must also own a Necramech. This is the final prerequisite to this quest, but it's arguably the most important one. Necramechs were added in the Heart of Deimos update a year ago, so most veterans taking a break and newcomers won't own one.

Necramech parts drop on Deimos' open world. After you complete the Heart of Deimos and The War Within quests, you'll need to:

Isolation Vaults are unique Deimos bounties that contain enemy Necramechs. Destroying them has a high chance of granting a damaged Necramech part. You can refine these parts by using Necramech blueprints obtained from the Necraloid faction—the second faction on Deimos. Just like Warframes, you'll need a certain number of components to craft a type of Necramech. Each Necramech requires a Casing, Engine, Capsule, Weapon Pod, and Necramech blueprint.

We recommend you craft the Voidrig Necramech first. Update 30.9 halved the crafting cost for this Necramech and made all damaged Necramech parts much more likely to drop from slain Necramechs. 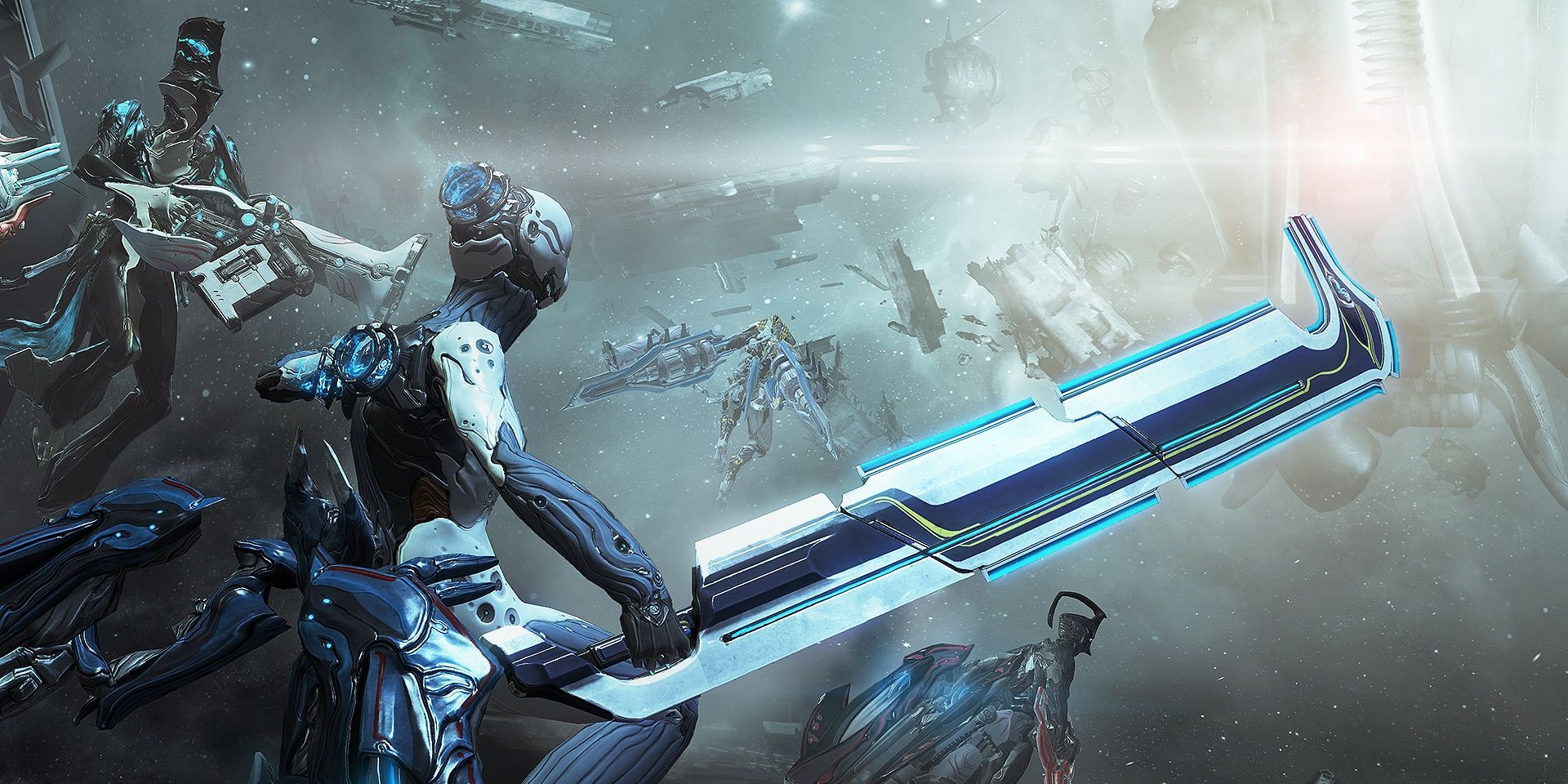 A great place to level Archwing gear is Salacia, Neptune. This is an Archwing Mobile Defense mission with hundreds of enemies. Multiple Corpus enemies will swarm each satellite objective, allowing you to rack up a rather large kill count. Grab an Affinity Booster to speed up your leveling. 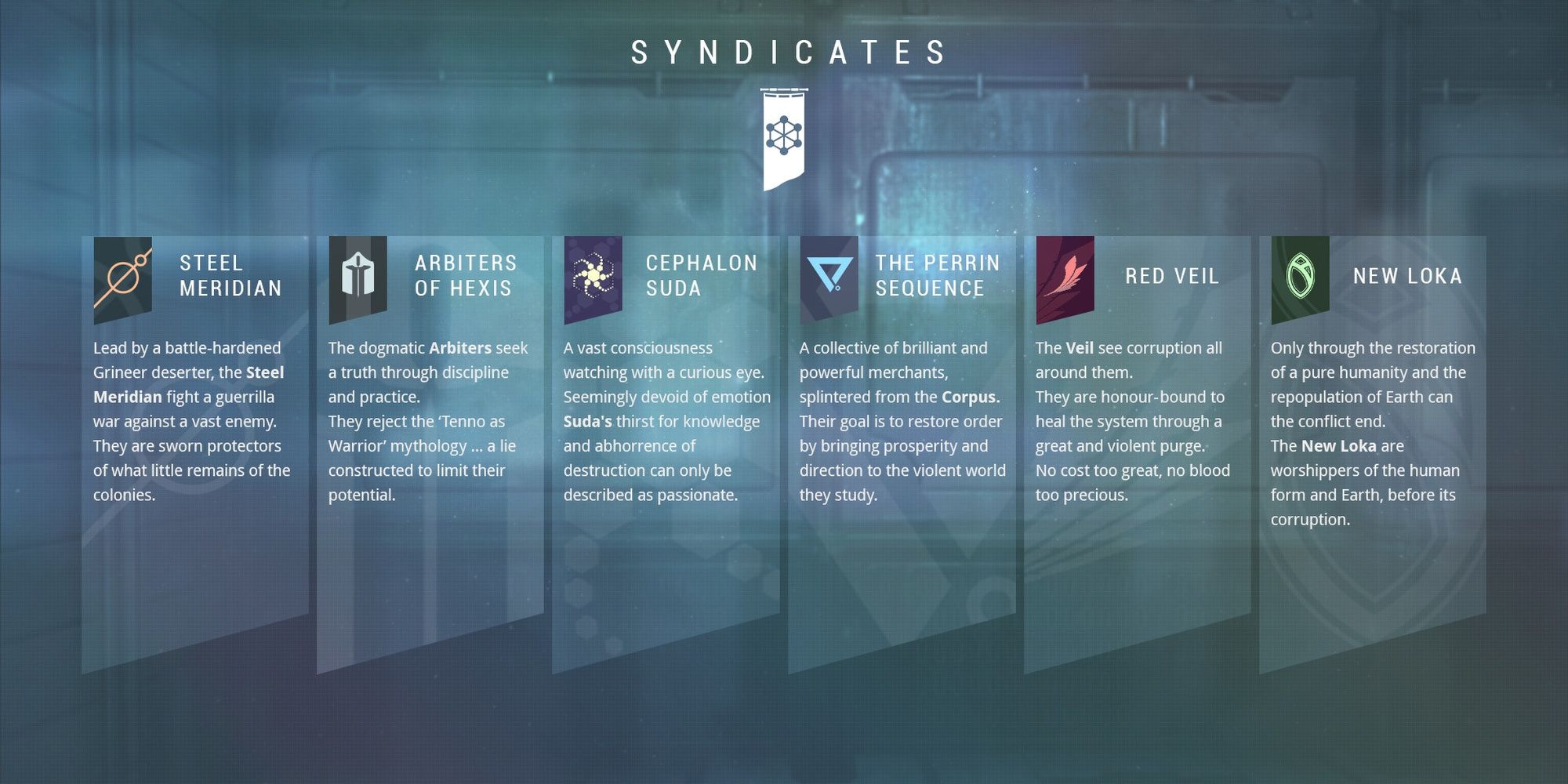 Coming with The New War update is Harrow Prime, this holiday's Prime Warframe. If you're someone who loves Harrow or wants to collect every Prime item, you'll want to have Syndicate Standing ready to redeem the second this update drops.

Once a new Prime releases, you can use Syndicate Standing to purchase Relic Packs, granting you three random Relics per purchase. These Relic Packs have a low chance of granting you a Relic tied to these new Primes, allowing you to kickstart the grind. You can also complete Syndicate dailies to obtain medallions, unique items you can redeem to earn additional Syndicate Standing past your daily limit. More experienced players can also farm Steel Essence from the Steel Path to purchase Relic Packs from Teshin.

5
Create A Loadout That Can Counter Sentients 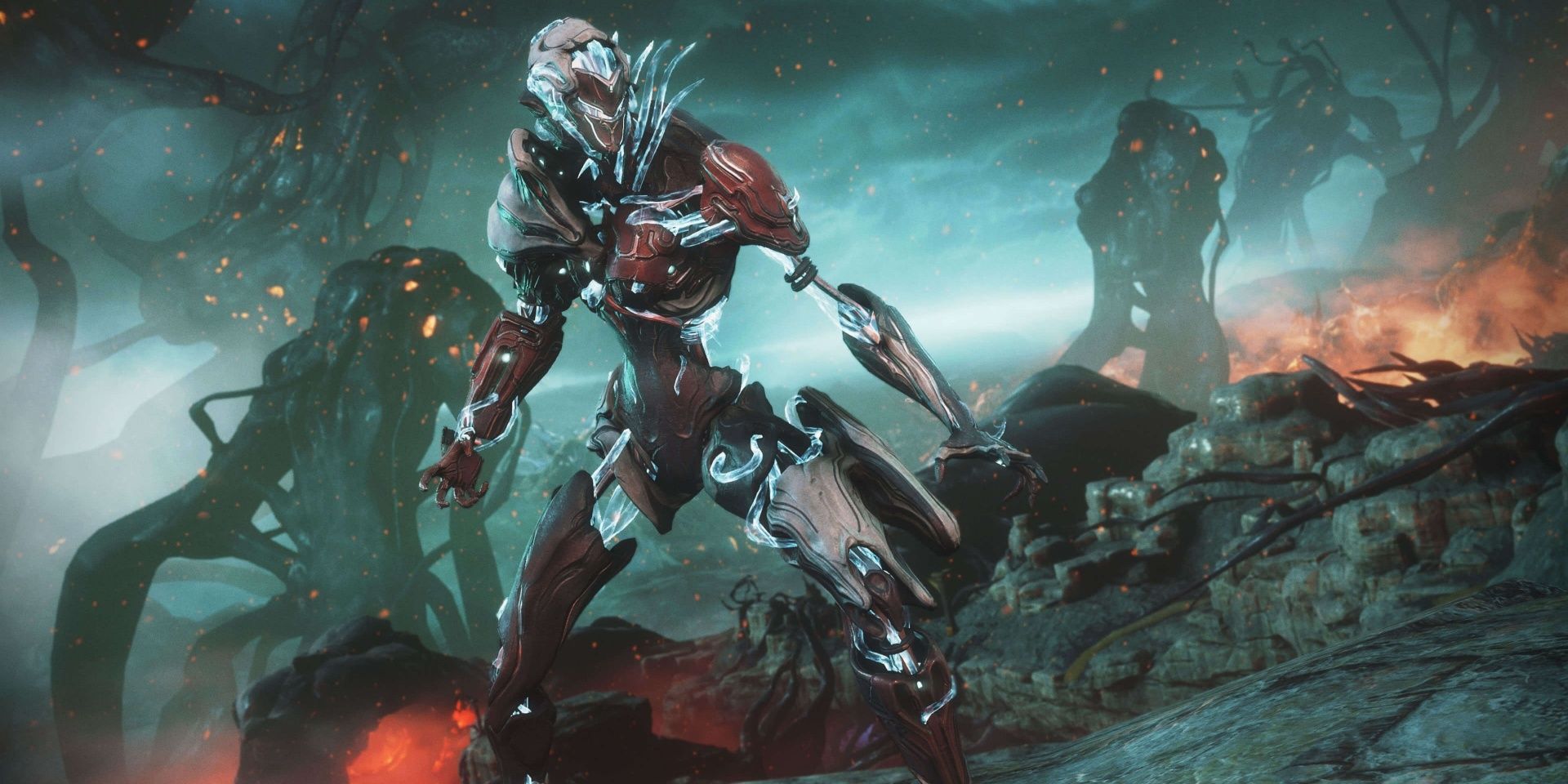 The New War quest is all about the Sentients, serving as this quest's main antagonist. Any additional content in this update will also likely involve the Sentients, so you'll want to have a loadout that can counter them. Most Sentients can adapt to damage they receive, making some weapons significantly worse against them.

There are four great ways to counter a Sentient's adaptation effect: 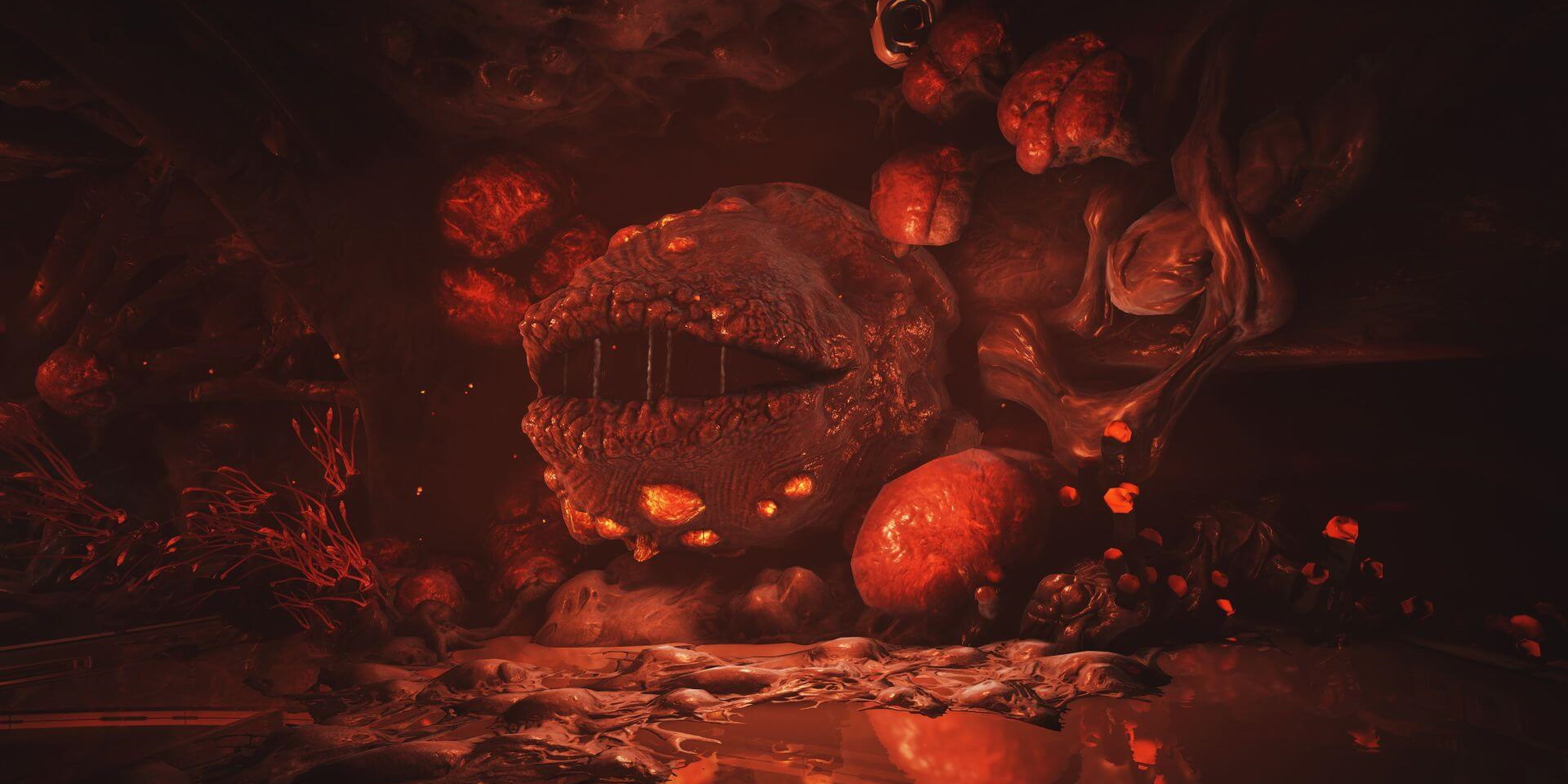 The Heart of Deimos update introduced the Helminth system, allowing you to destroy Warframes to obtain one of their powers. You can then apply one of those powers to a Warframe of your choice. This system can make some Warframes significantly more powerful.

Want to use Valkyr's Warcry on Excalibur? Subsume Valkyr. Want to make Ember deal even more damage? Replace Fireball with Wisp's Breach Surge. The possibilities are endless. You can unlock this system by reaching rank three with the Entrati on Deimos and purchasing the Helminth Blueprint from Son. 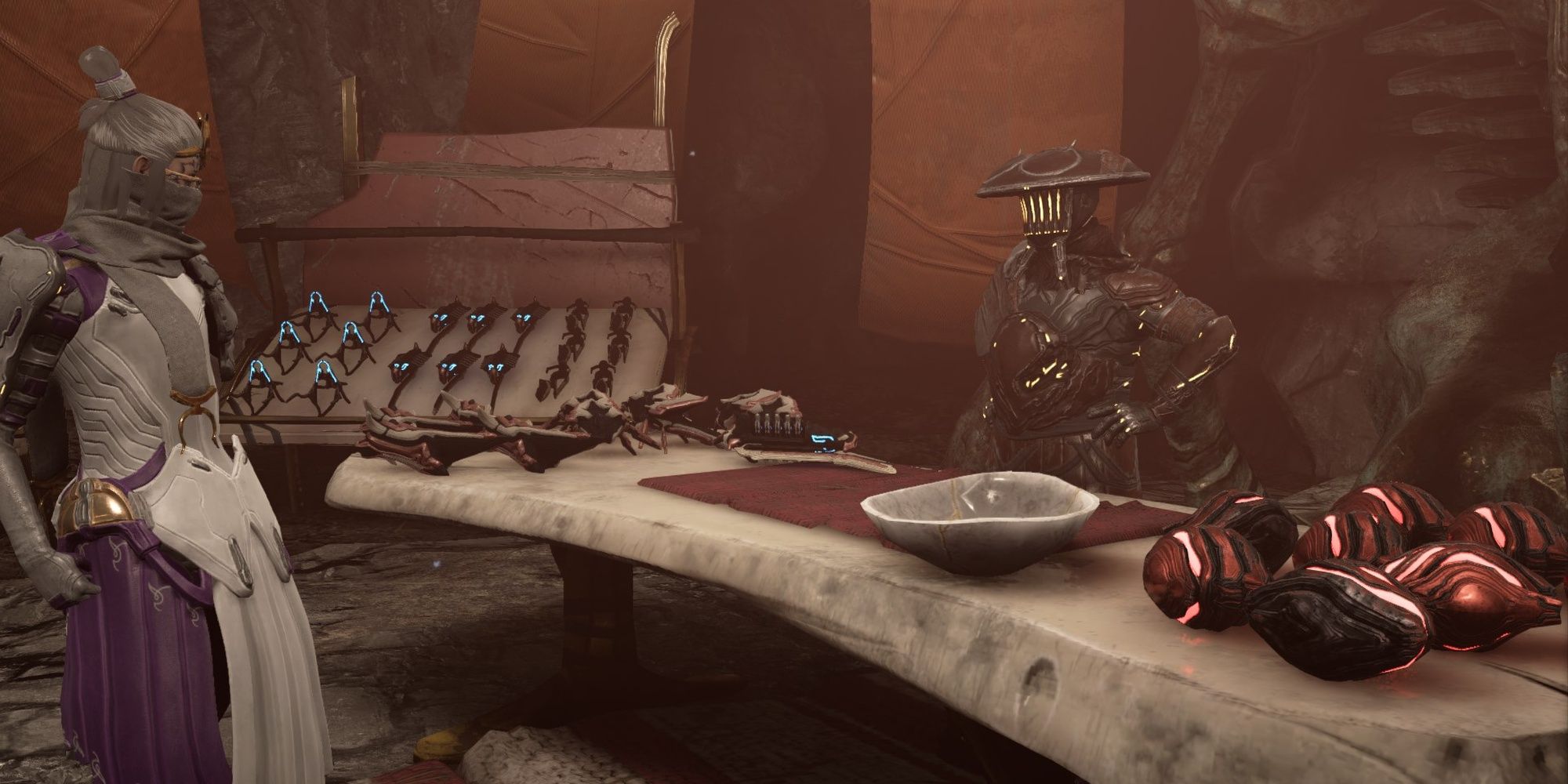 Operators are a core part of every cinematic quest, The New War being no exception. There will likely be parts of this quest where you'll need to exclusively use your Operator. If they aren't geared, prepare for some frustrating combat encounters.

Luckily, you don't need to do much to improve your Operator. We recommend that you build an Amp for your Operator before starting The New War. Amps are modular weapons that channel your Operator's Void energy, much like Zaws and Kitguns. If you don't own any Amp, here's an excellent starter:

This is known as a "2-1-2" Amp, referring to the tier of each part. You can obtain all three of these parts from Quill Onkko at Cetus. You only need to be rank two with The Quills to purchase the blueprints for each part, so you shouldn't need to farm many Sentient Cores to craft this Amp.

Beyond that, also consider obtaining Operator Arcanes and unlocking Focus passives. These are by no means required, but they'll further improve your Operator's effectiveness in combat. If you haven't upgraded your Focus trees much, we recommend farming Elite Sanctuary Onslaught to obtain Focus points quickly. 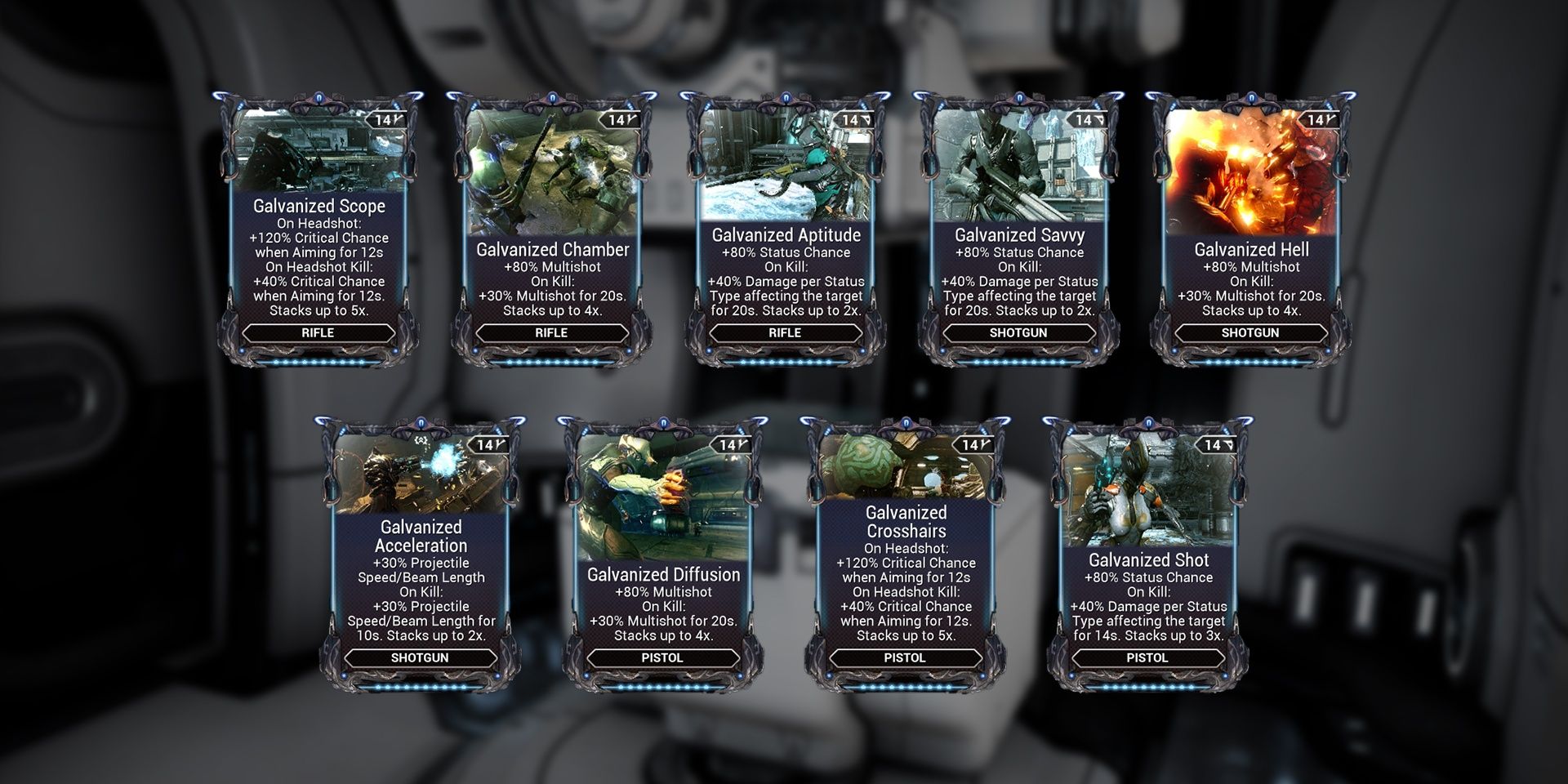 If you haven't played Warframe much this year, Digital Extremes released a new category of Mods and Arcanes this year that has dramatically improved the effectiveness of primary and secondary weapons. These are known as Galvanized Mods and Weapon Arcanes. 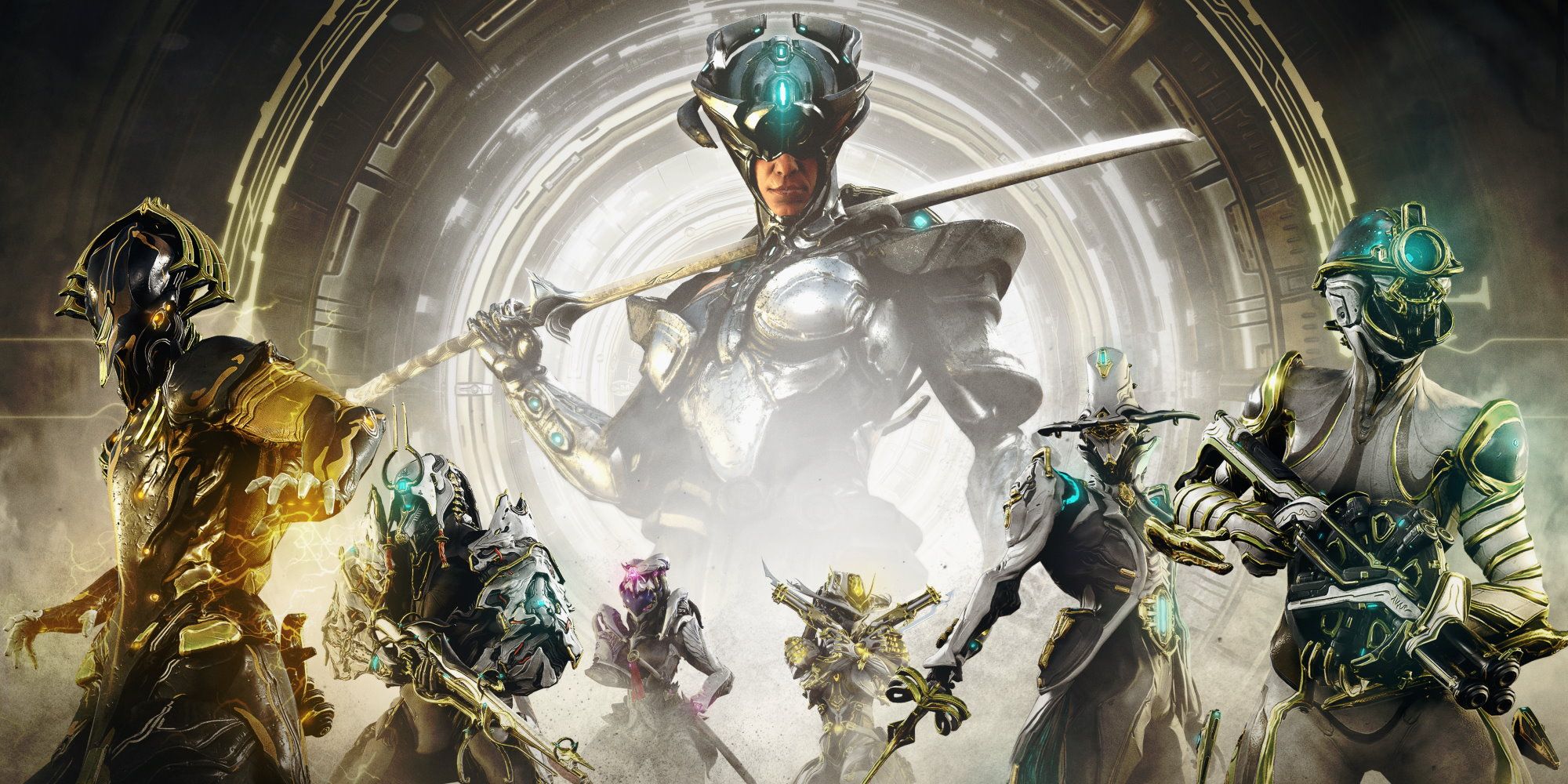 Warframe is currently hosting the Prime Resurgence event, allowing you to farm for just about every vaulted Prime item in the game. Each week, Digital Extremes will unvault two sets of Prime gear for players to farm. By earning Aya, players can purchase the vaulted Relics they need from Varzia—a Dax soldier found in Maroo's Bazaar. Farm for Aya by playing certain activities, purchase the Relics you need, then farm for the Primes you're missing. Whether you're a new player or a returning veteran, now is the perfect time to flesh out your Warframe and weapon collection with these powerful Prime items.