Home » News » Wait, How Does Dragon Ownership Work In House Of The Dragon?

Wait, How Does Dragon Ownership Work In House Of The Dragon?

This article contains spoilers for all released episodes of House of the Dragon.

House of the Dragon's seventh episode, Driftmark, assumes that viewers understand the mechanics of how dragons pass on to a new rider following the death of the one before. I didn’t and I was compelled as I watched. Now that I know how it works, I’m fascinated.

As the episode begins, the royal family is gathered in Pentos for Laena's funeral. The occasion brought all of the series’ major players into close proximity and, as a result, a lot of their simmering tensions to a boil. To the delight of weird shippers everywhere, Rhaenyra and Daemon finally hooked up. Alicent's hatred of Rhaenyra finally erupted into violence, with the queen attempting to attack the princess with a knife. And the resentments between the two women’s royal children similarly escalated with Lucerys slashing Aemond across the face, resulting in Aemond losing an eye. For a show that has, so far, largely pulled back from the brink before conflict could break out, this was a step into uncharted territory.

For as many resolutions as it provided, it also raised some new questions. Well, one new question that I'm really interested in, at least: What are the laws around the transfer of dragon ownership in Westeros? 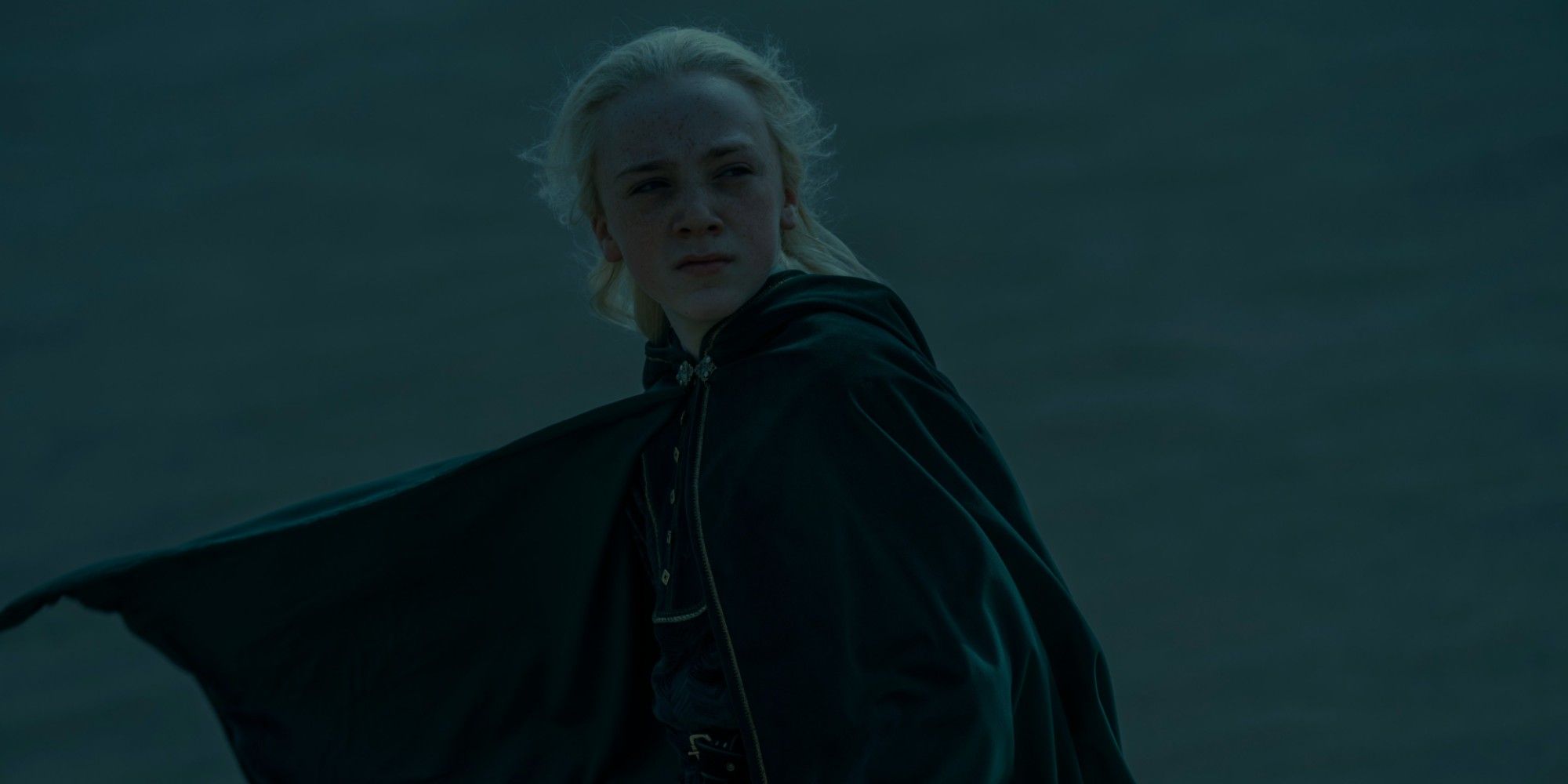 After Aemond lost his eye, he declared —with the kind of rich kid snarl that will be familiar to anyone who had to interact much with private school kids growing up — that it was worth it to gain a dragon. This remark provided a coda to the mission he embarked on earlier that night, under the cover of darkness, to ride Laena's dragon, Vhagar. It was a wild ride, with Aemond at one point barely hanging on to the big lizard. But he survived and landed successfully. At which point, violence broke out between him and his cousins.

After that and the subsequent feud between the parents, Otto Hightower tells Alicent that Aemond was correct: that gaining the dragon to their side of the succession crisis was well worth losing an eye. In this moment, Otto endorses the theory of dragon ownership that Aemond puts forth. That theory seems to be, if you ride it, it's yours.

Though I previously said that I didn't want to look up questions I had about House of the Dragon on A Wiki of Ice and Fire for fear of being spoiled, I was too curious about this one to not to take a peek. As it turns out, the dragon now belonging to Aemond is not a result of human custom, as I had expected, but a result of dragon custom. Per AWOIAF:

"Once a dragon has bonded with a rider, that dragon will not allow anyone else to mount it alone while its rider lives, no matter how familiar said person might be to the dragon. But when the person bonded to the dragon is on the dragon's back, they may take a passenger. When the rider of a dragon dies, that dragon can bond with a new rider. No rider has ever ridden a different dragon while their current dragon was alive." 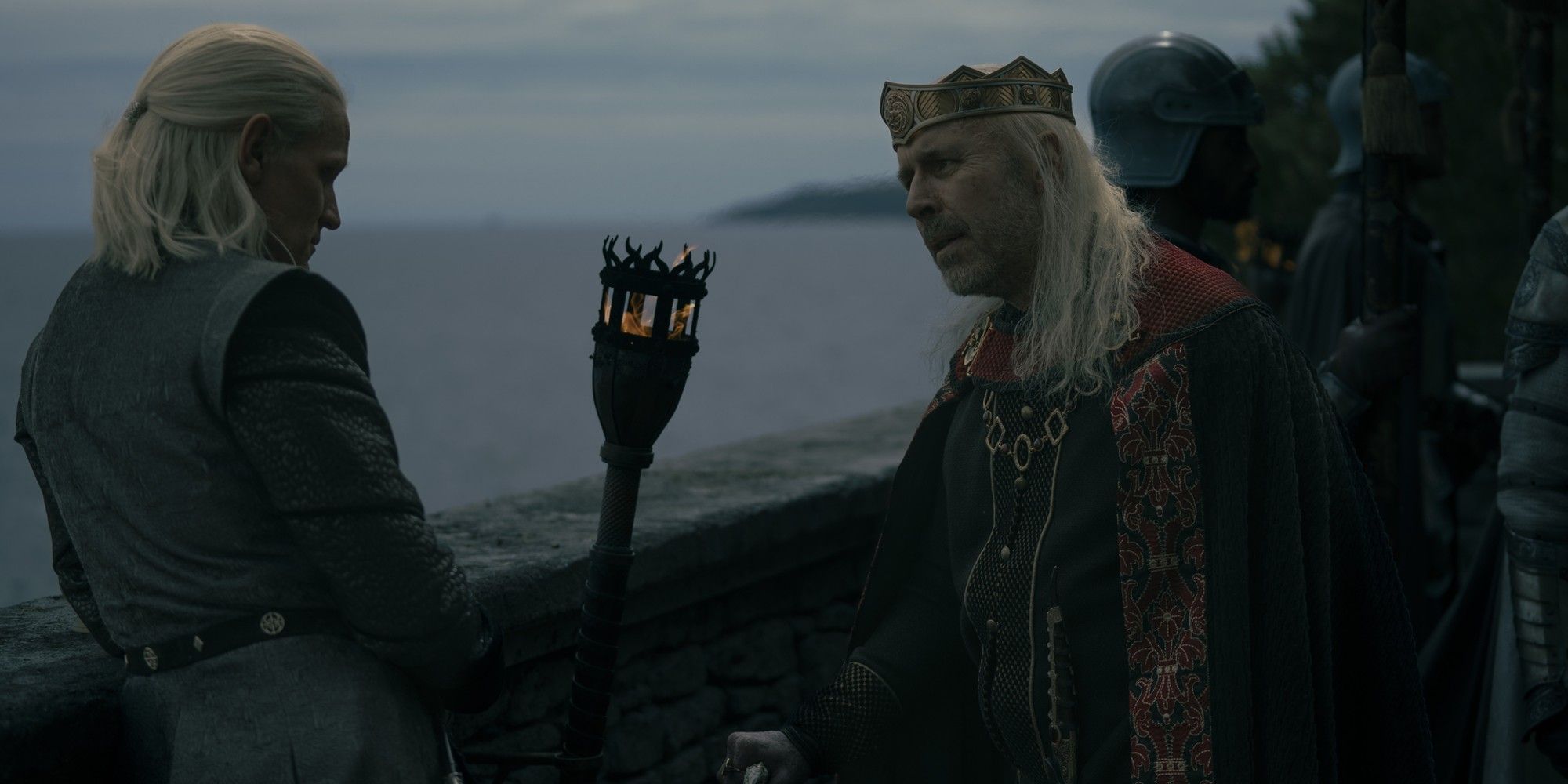 So, Aemond isn't just exploiting human tradition — though from the reaction that his actions elicit from his cousins, it does seem that he is also doing that. Instead his actions seem to be right at the intersection of human culture and the natural and immutable behaviors of dragons. By taking advantage of the small window of time when human custom dictates that Laena's family should be grieving before putting her affairs in order, Aemond is able to weaponize dragon behavior — i.e. that a dragon won't accept another rider after one has bonded with them — against human tradition — i.e. that the decision-makers would pick a member of the royal family to bond with Vhagar after the mourning period was over.

Aemond may be a little shit, but this was a pretty brilliant move.