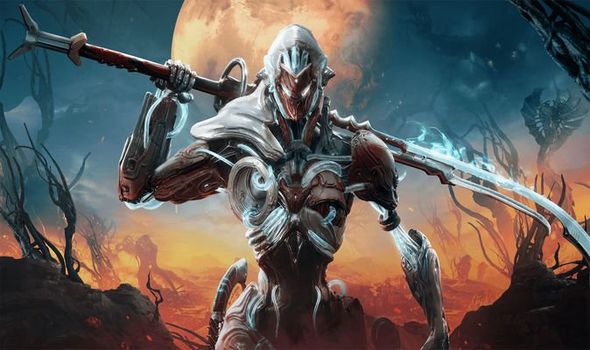 Developers Digital Extremes has announced its plans to launch Warframe on PS5 this week, providing another next-gen upgrade for gamers to test out and play. Warframe on PlayStation 5 will offer a different experience to the current PS4 version, with the development team aiming for the game to run at up to 4k resolution and 60 FPS. Other next-gen features include improved loading times across the entire game, thanks to the PS5’s solid-state drive.

A message from Digital Extremes adds: “Warframe now has three open worlds that have never looked better or loaded faster.

“Our enhanced renderer really shines here, bringing dynamic lighting that makes each world more immersive than ever before.

“And now that we’re building content from the start to take advantage of this technology we can’t wait for you to experience our next open world, The Duviri Paradox, on PlayStation 5.

“When we launch on PS5 you’ll have 44 Warframes to master, each available for free with their own distinct abilities and play styles.

“But I’m especially proud of Xaku, our 44th and most recent Warframe released this fall, because they are also the second built from the ground up by our community.”

Developers Digital Extremes has confirmed that the Warframe PS5 release date has been scheduled for Thursday, November 26.

No set time has been provided for launch day, so it will be worth checking the official Warframe social media feed regyalrly for the latest information.

And while this will be the first next-gen launch for Warframe – an Xbox Series X version is expected to be announced soon – there are a few drawbacks for current PS4 gamers.

This includes cross-play being limited between PS4 and PS5, with no plans for Account Migration from any platforms.

And while your progress will transfer over to PS5, your trophies will not, which means you will have to re-unlock trophies as you play.

Cumulative trophies (like “Shield Saver – Deflect 1000 Bullets with Melee Weapons”) will transfer over at 99% completion. However, single-action trophies earned from activities like completing Quests, will have to be redone by replaying the Quest from the Codex.

Another bonus has also been announced, with a special PS Plus free games pack being released for PlayStation 5 gamers.

The PlayStation Plus Booster Pack V will be available to those gamers who have an active subscription, bringing with it a bundle of useful items.

These packs are released for free games on PlayStation consoles as a bonus to those who have a PlayStation Plus subscription – Warframe doesn’t require this to play.

Digital Extremes says the new pack features everything you need to kickstart your journey, including a PS5-themed Obsidian Sedai Syandana; a 7-Day Affinity Booster; a 7-Day Credit Booster; 100,000 Credits; and 100 Platinum.