2018's Vampyr puts you in the shoes of a newborn vampire, (or Ekon) Jonathan Reid, a London doctor who was unwittingly turned by a mysterious vampire on his way home. A large threat looms ever closer as he struggles to accept his nature and the inner conflict between his duty to save and the desire to feed.

With both an epidemic and bloodthirsty Skals raging through the streets of London, tensions are high and people are suffering. From the dingy streets of Whitechapel to the posh neighbourhoods of the West End, Jonathan must help the people of London whilst trying to hide his true nature. 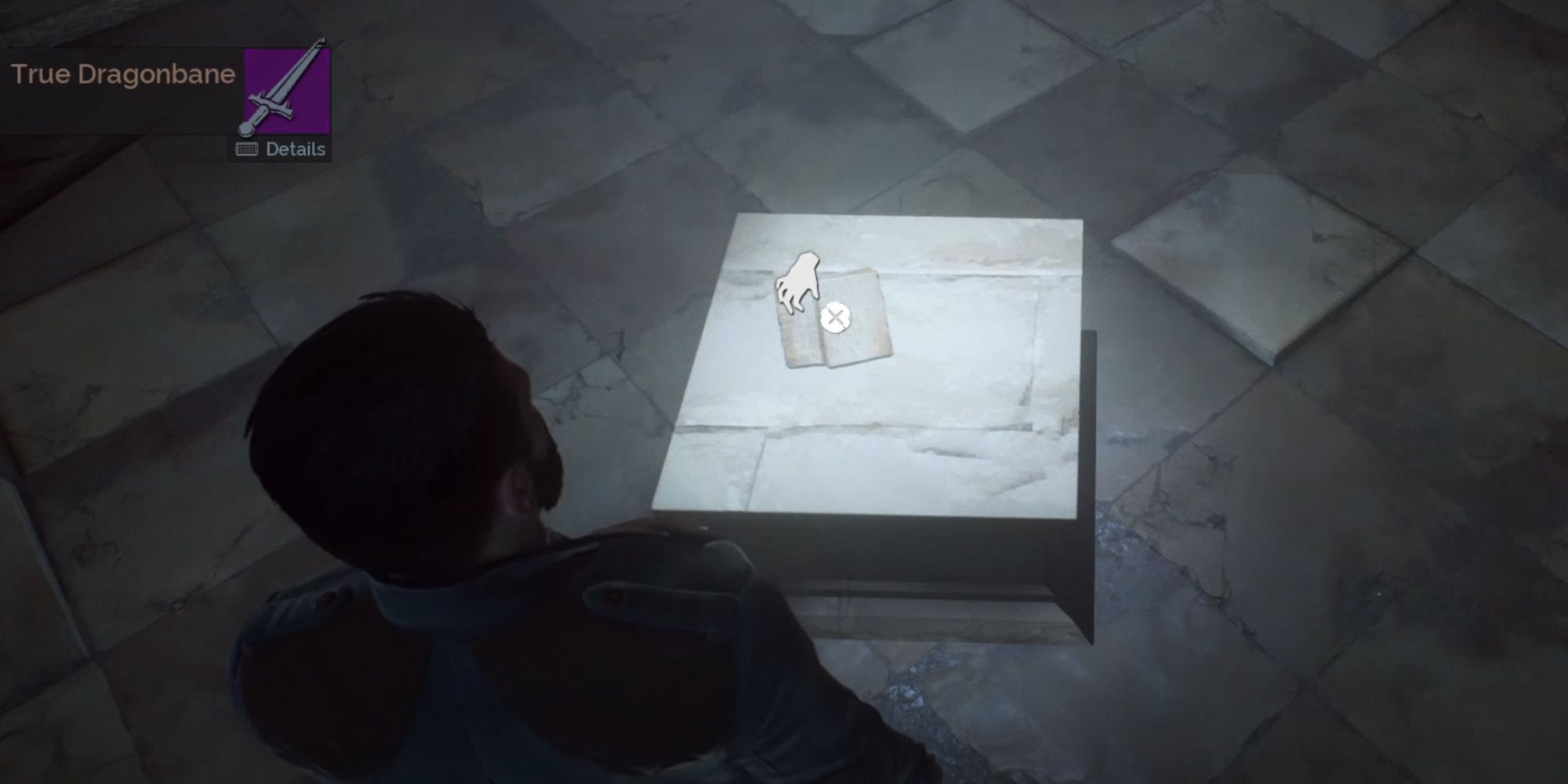 The Pandora's Box quest is triggered when you meet Usher Talltree, a Primate of the Brotherhood of St Paul's Stole. He says that the Guard of Priwen had stolen his precious notebook full of secrets and warns Jonathan not to read it. But seriously…don't read it.

Completing the quest is easy enough: go to the theatre; off the guards; grab the notebook. Yet it is the reward Talltree gives you for not reading his notebook that's so important. For in the book there are clues pointing to the best weapon in the game: The True Dragonbane Sword. 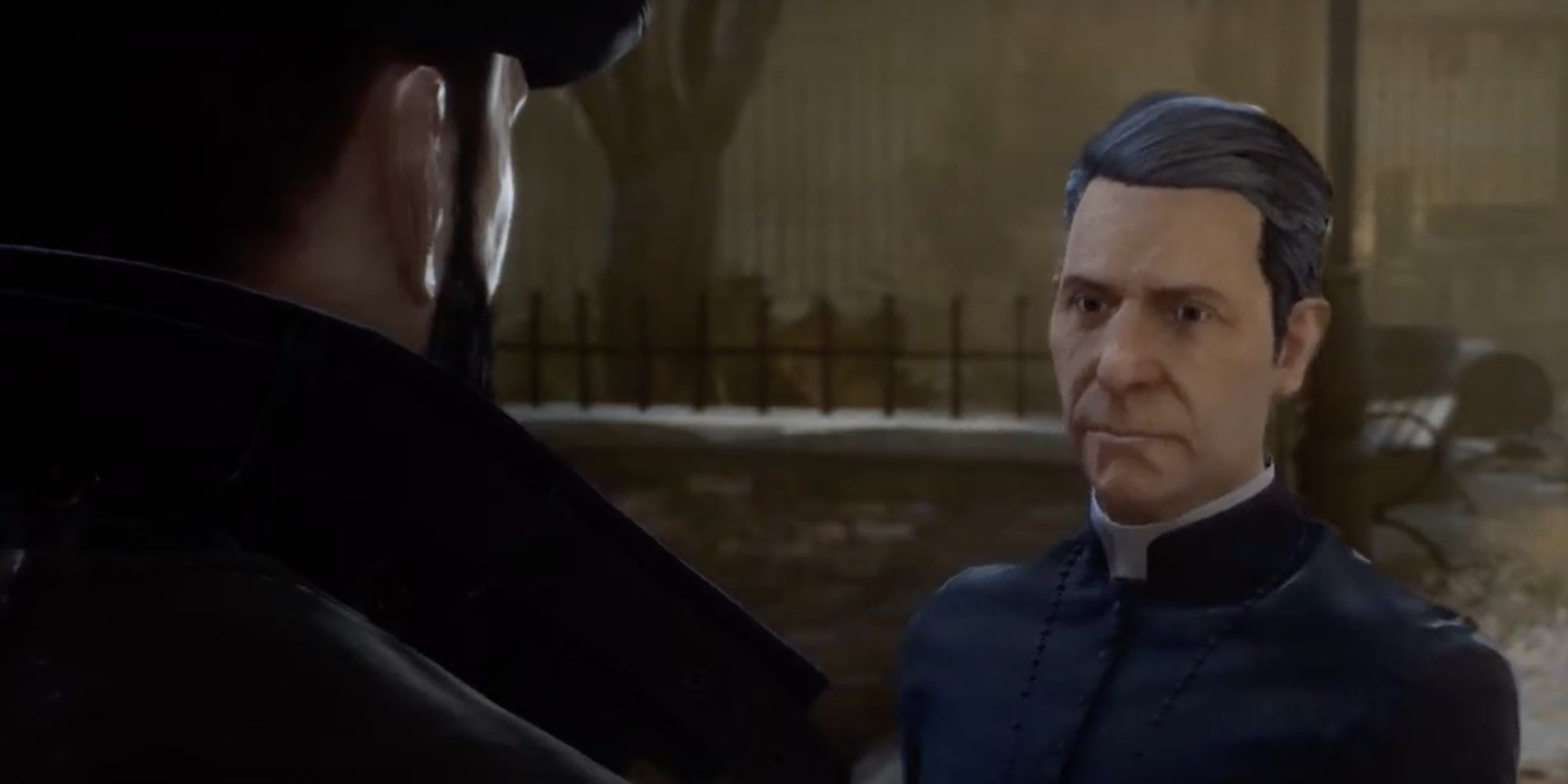 Arguably the worst person you'd ever meet in the game, Father Whitaker tells Jonathan that his young disciple, Samuel, has not returned as promised after going on a preaching 'expedition.'

Jonathan sets off for the cemetery, where the trail led him to Samuel – who has unfortunately turned into a Skal – and his personal diary. To his horror, Whitaker and Samuel had been going around London burning "so-called sinners" alive. You can confront Whitaker about this, although the man insists he's doing the good Lord's work. 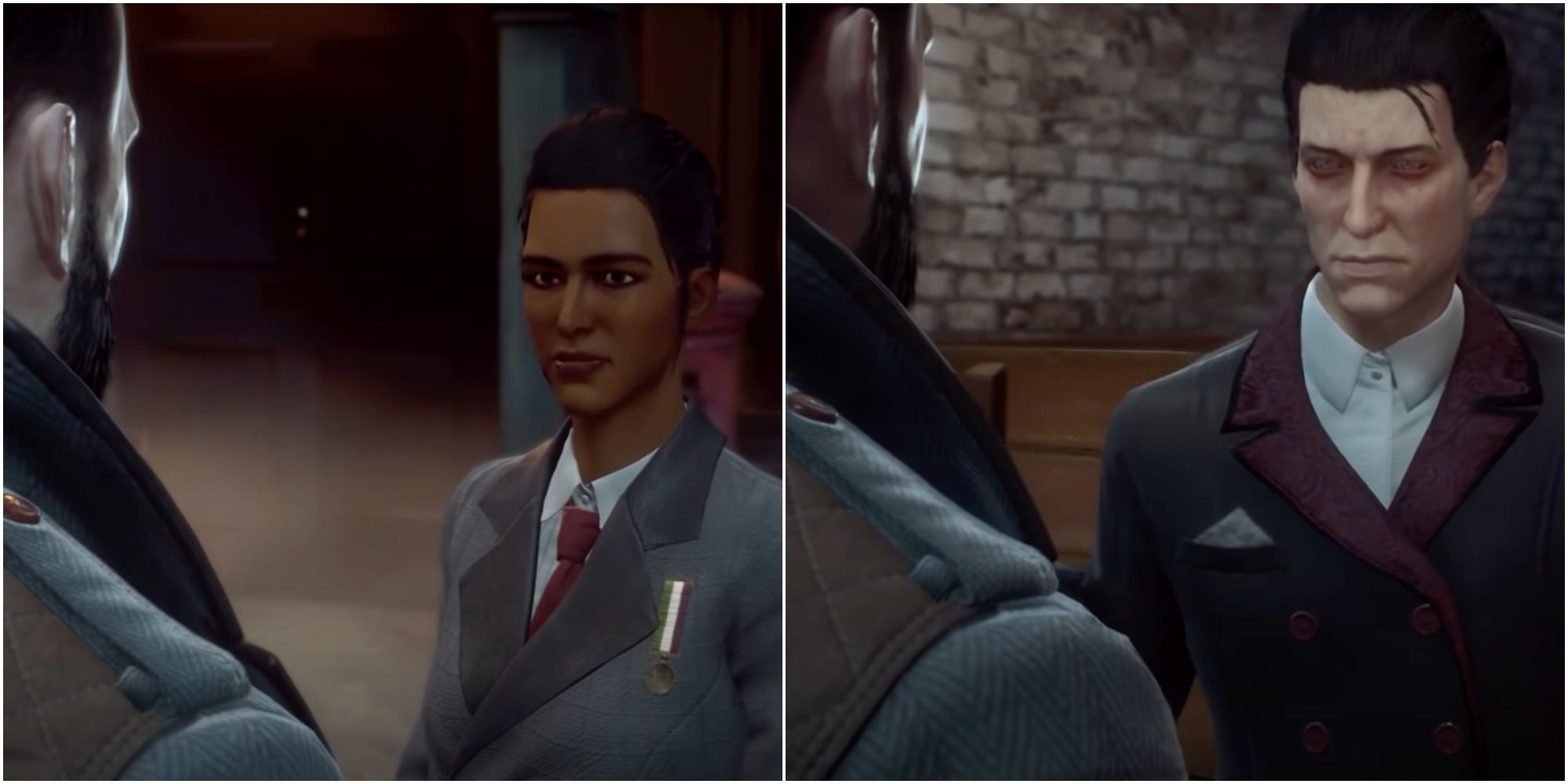 Jonathan meets Charlotte, Lady Ashbury's adoptive daughter and avid suffragette. She is worried about Emily, her friend and fellow suffragette, who has gone missing. Foolishly, Charlotte had told Emily about the existence of vampires before her disappearance.

Jonathan's investigation into Emily's disappearance shows that she's cut a deal with a vampire in order to be turned into one. As you can tell, it didn't end well. A French vampire named Jacques tried to turn her, but Emily couldn't stomach the blood and died. You'll be given the choice of killing Jacques or letting him go, though it's clear Emily is somewhat at fault here.

7 A Simple Token Of Filial Love

Jonathan meets Seymour Fishburne, who has lost a necklace he intended to gift to his mother. He finds it…under a pile of dead bodies. It turns out Seymour is a serial killer on the side, which makes him an interesting character to embrace to see the inner workings of his mind.

Now you're given a choice: give the necklace to Seymour or his mother. If you give it to his mother, you'll discover that she knows about her son's dark side. Unfortunately, she loves him too much to give him up. Well, there's no love like a mother's love.

6 The Harder They Fall

Jonathan is confronted by a case of medical malpractice at Pembroke Hospital. While investigating at the morgue, he found a dead body left behind after surgery.

Instantly realising that Dr Tippets had overdosed the patient, Jonathan went to confront him and Nurse Branagan, who covered up for him. If you decide to let him go, Tippets plans to resign after the epidemic ends.

Throughout your adventures around London, you'll probably come across Braille notes, which trigger the 'Occult Oculus' quest. Of course, Jonathan can't read them, so you'll need to take them to Mason Swanborough for him to translate it for you.

According to the notes, its author said that he was on the brink of a revolutionary discovery: the cure for blindness. This makes it particularly enticing for Mason, since he's blind. Unfortunately, the chemist has turned into a beast and this quest boils down to whether you should give the formula to Mason or not. If you do, he'll give you Sanicin as a reward; but if you don't, he'll give you nothing, and will be quite hostile to you – understandably.

Pembroke Hospital's resident 'vampire' Thelma Howcroft has an errand for the lowly 'mortal' Jonathan to do. It appears she's being spied on by vampire hunters; Jonathan is on the case.

Thelma was speaking the truth, for the Guard of Priwen actually were investigating whether she was actually a vampire. Unfortunately for them, the real vampire was right beside them all along. 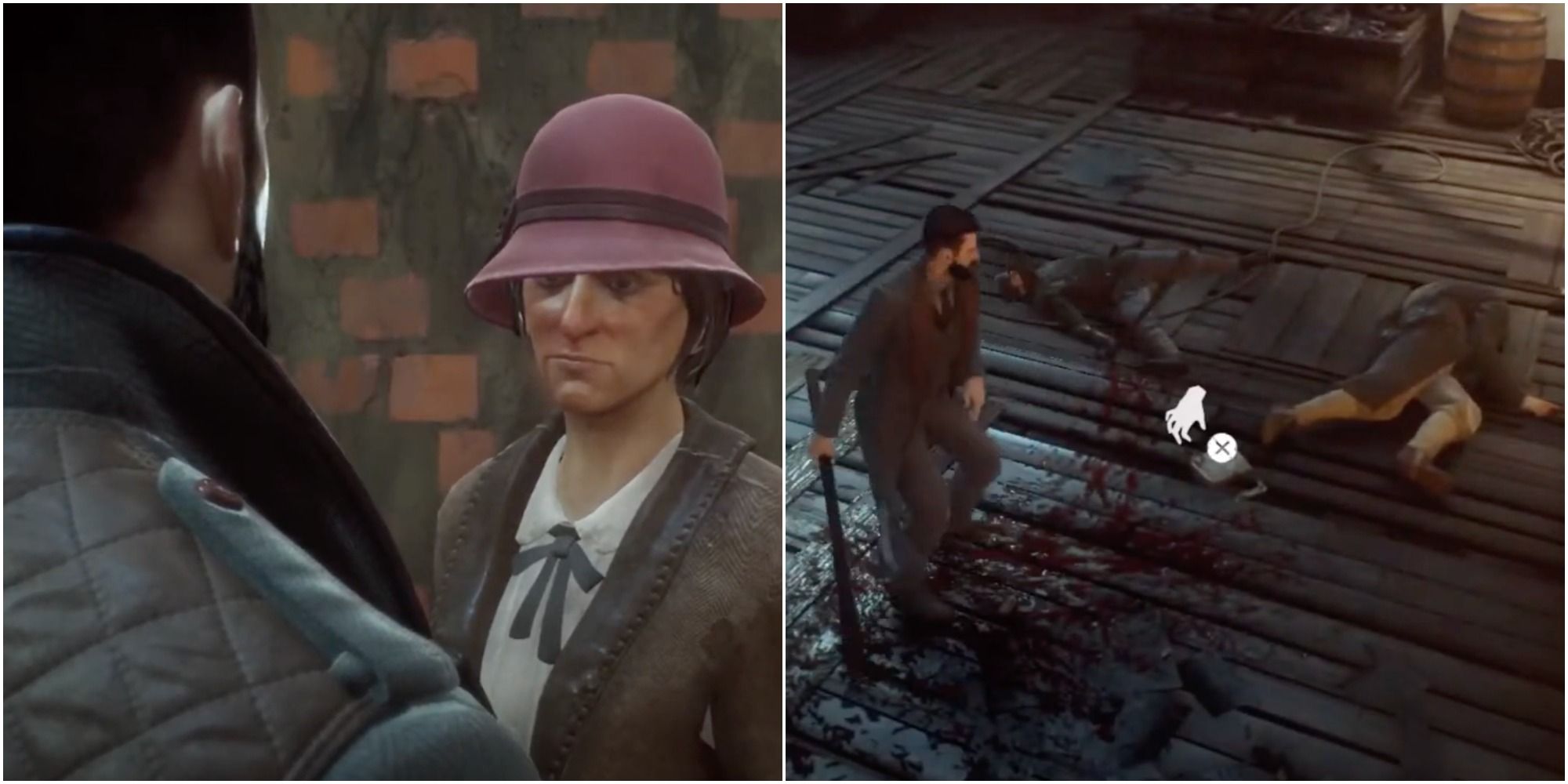 By the docks area, you will find the two Paxton sisters, Giselle and Lottie. Giselle is bitter after losing her job and being kicked out, saying that a militia band had stolen her money.

Jonathan finds out that it was actually the Guard of Priwen who were responsible, and makes quick work of them. He retrieves Giselle's money, with the choice of returning it or keeping it to himself. Whatever you choose to do, it's clear the Guard of Priwen doesn't only hunt vampires. 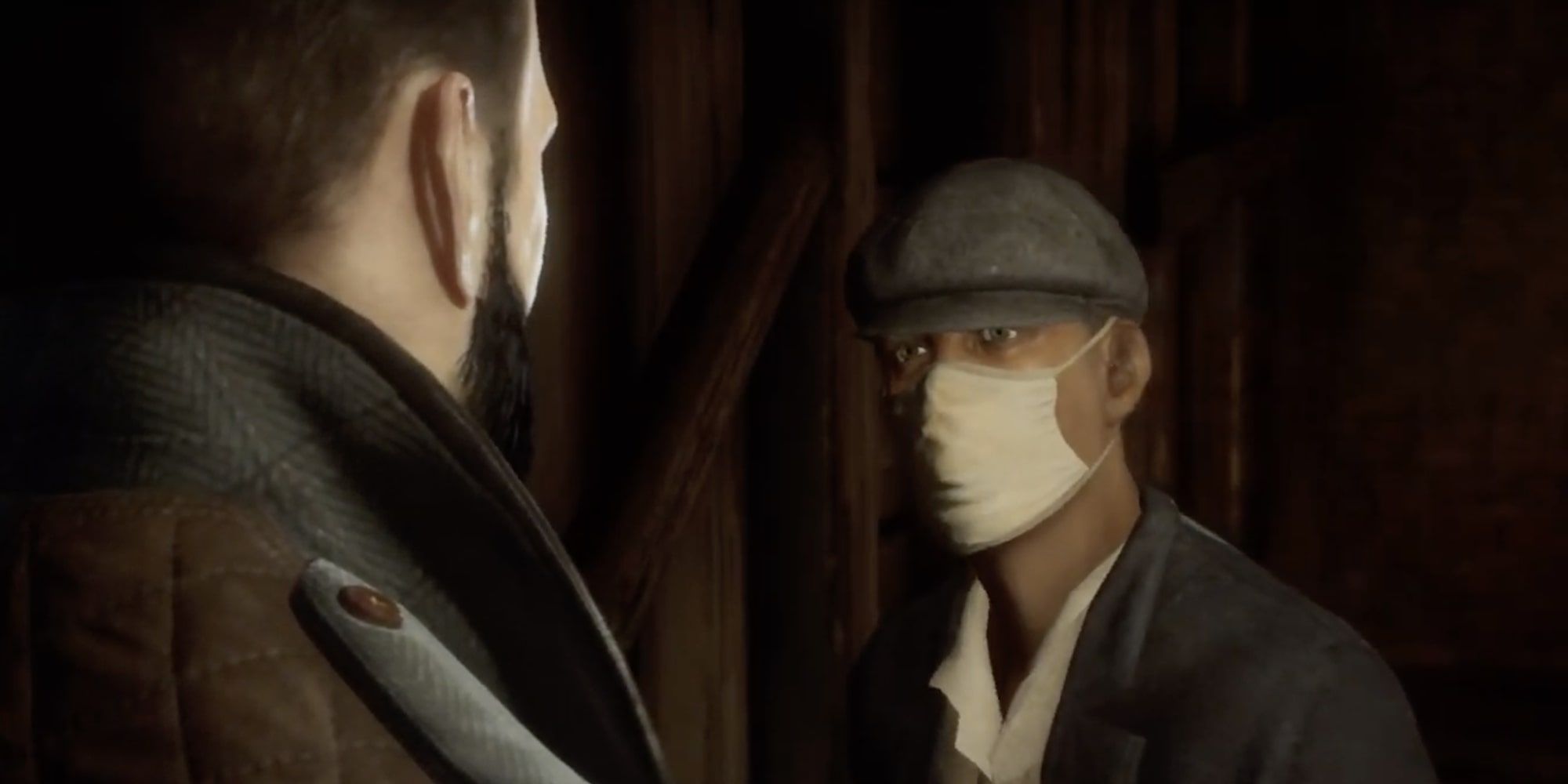 In the London sewers, Jonathan comes across a man in hiding named Rodney. He asks him about it, but the man is tight-lipped, saying that this is his quarantine zone.

But if you go inside the Gillingham household, you'll find a note written by Jack Gillingham, which talks about the death of a gang member. Jonathan quickly pinpoints that Rodney was the murderer and persuades him to return topside. Rodney will reluctantly do so, despite the other gang members hunting him down.

1 A Surprise For London's Lone Gourmet 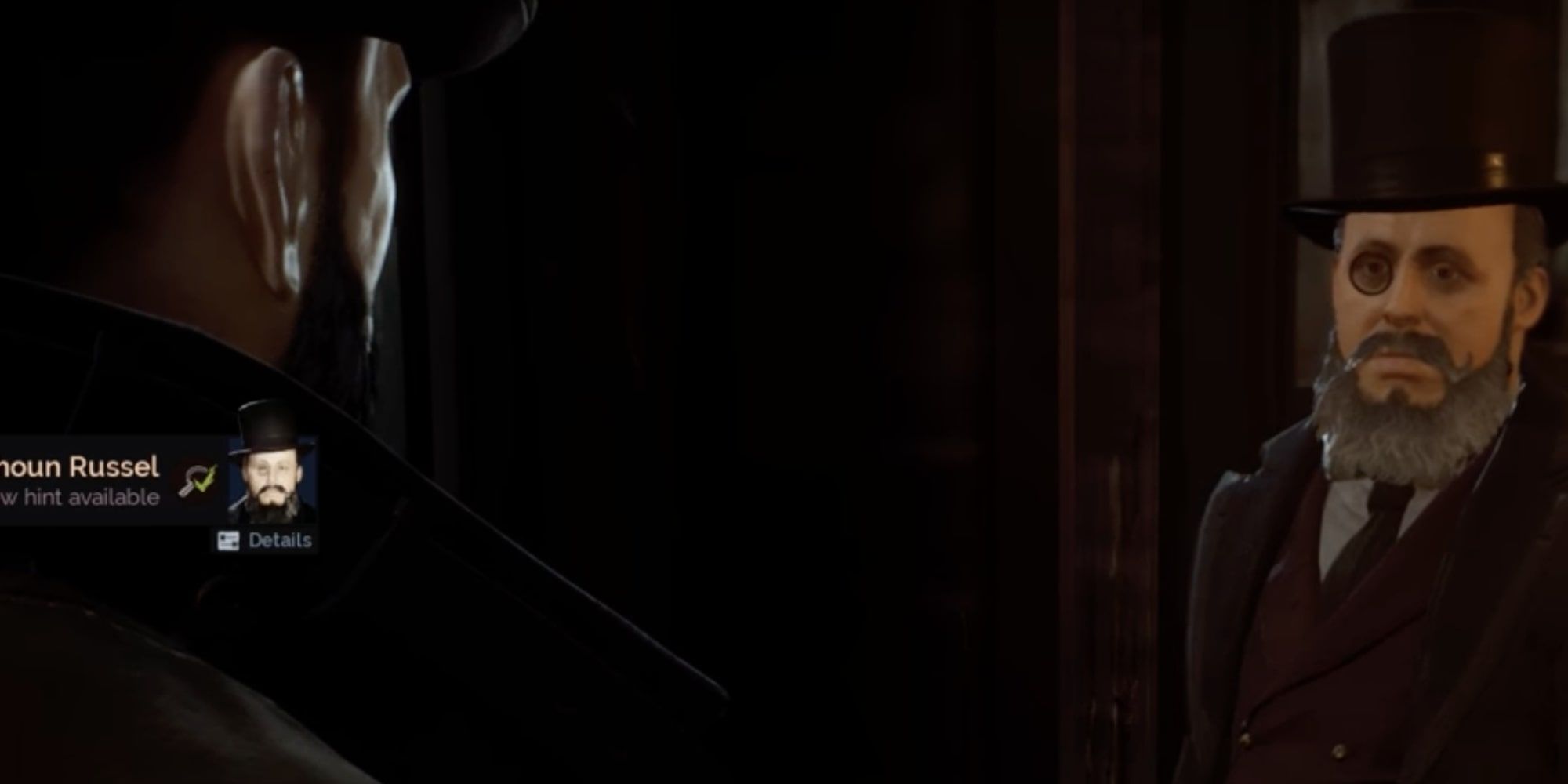 Although there's not much blood-pumping action in store for this quest, it's still pretty fun to do. Jonathan meets store owner and food enthusiast Calhoun Russel, who aches for a new and interesting restaurant to try.

Jonathan scours Temple Market for Calhoun and finds a restaurant called the 'Blind Gourmet', where customers are blindfolded and asked to guess the food before them. What a delightful premise!