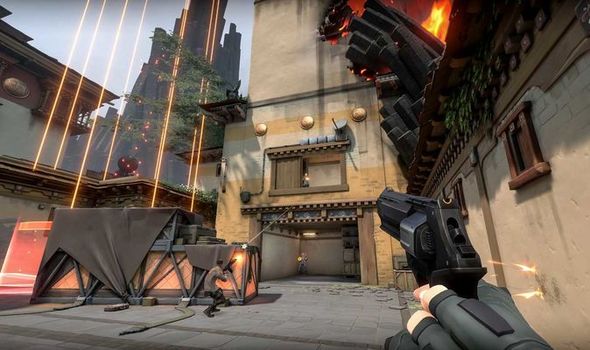 According to Riot Games, a new Valorant update has started rolling out on PC, with a few issues spotted.

Players have reported issues with exploits being used following the launch of the new patch, and the dev team has confirmed that a hotfix is being deployed to solve it.

A new message from Riot Games explains: “We’re aware of some interesting bugs that slipped through the patch for NA, LATAM, and Brazil.

“We’ve fixed the issue for every other region’s patch deploy. For the Americas, we’re toggling on a fix live right now.”

This includes being able to use Ghost Mode in public matches, making it possible to fly around levels and clip through walls.

As mentioned above, this problem is being looked into and the issue should be resolved in the next 24-hours.

Riot Games has also confirmed that today’s Valorant update will bring Ranked matchmaking to the game.

However, it will not be available as soon as you download the patch, with the returning mode going live at a later time.

It’s unclear when this will be, as today’s issues may slow down the scheduled launch.

A message shared in the patch notes confirms: “You can stop spamming us now, because Competitive Mode goes live this patch.

“Most obvious change is that our top rank is now “Radiant” and we’ve added a surrender option, which will come in handy when you start losing to Radiant players.

“Tagging, the slowing effect you feel when hit by bullets, has been adjusted, in part to up your chances of escape if you’re near cover. We can’t help you much if you’re dancing in the open.

“Lots of love has gone into improving the Menu UI—might be jarring at first, but we believe it’s for the better.

“It’s worth studying the tweaked areas for all maps, which should relax the desire to exhaust abilities at certain locations.”

A shorter message shared on Twitter adds: “Competitive won’t be on with the patch ship and will be coming later.”

No ETA has been provided on the release of Valorant Ranked, but it seems likely it will be available to everyone by June 24, 2020.

Full patch notes from this week’s Valorant update have also been shared and can be found listed below:

We discovered an accidental discrepancy in how we were applying movement inaccuracy to the Bucky’s right-click, one we introduced during closed beta when we added a delay for players to receive walking accuracy when slowing down from a running state. This was making it so that the right-click was much more accurate on the run that intended. We’ve fixed this now so that running with the right-click is significantly more inaccurate than walking or standing still. We’ve also increased the inaccuracy for crouch-walking to more appropriately match the amount of evasion it provides.

We’ve included a set of menu UI changes as part of our ongoing work to clarify the client experience coming out of Closed Beta. This is only a small portion of the improvements, but should push overall usability in a positive direction.Navigation and UI changes are disruptive, so we appreciate your patience adjusting to the new approach and we hope you find the changes to be upgrades after you settle in.

As always, thank you for your continued feedback. We have a long way to go, but we’ll keep hammering on the client UI until it’s a stellar experience for everyone.

Update to Tagging (slowdown effect when hit by enemy fire)

Tagging is intended to reward the player with better positioning and the player that successfully lands a shot on the enemy first. When tagged, you will now more gradually transition to the reduced tagging speed. In addition, the reduced tagging speed is slightly more forgiving. If you are positioned close to cover, this should allow you to potentially escape when tagged more frequently than before. Also, the effects of being tagged should feel less jarring especially when playing with higher ping.

Tagging through walls has been further reduced which should enable reliable escapes when being shot through walls.

The team primarily focused on smoothing out framerates in certain scenarios. Mostly this helps out mid to high spec machines.

Adjusted numerous locations to allow clearing angles to be a bit more straightforward in the following places:

We’re peeling back a bit on the amount of locations that require ability usage, thorough angle checking or teamwork to clear safely.

The intention is that angles that are more difficult to clear are most commonly found in areas meant to reinforce existing territory control. This is to emphasize ability usage and teamwork in order to reliably gain control of these locations. An added benefit is that this encourages ability usage and combat engagements to be spread out across the map which can help prevent the frequency of scenarios where all of the players expend all of their abilities and ultimates in the same place at the same time.

We’ll continue monitoring how the maps are playing and make adjustments as necessary.