Home » News » V Rising: How To Find And Defeat Rufus The Foreman

V Rising: How To Find And Defeat Rufus The Foreman

In order to unlock new buildings, powers, and recipes in V Rising, you must defeat a variety of powerful bosses. The majority of your early game foes will take the form of various Bandit leaders, and Rufus The Foreman is no exception. Overseeing his cherished lumber yard, Rufus is a relatively straightforward fight – but one that yields many fantastic rewards.

This guide will inform you about Rufus's location, his moves and a recommended battle strategy, and what you will gain from defeating him and drinking his V Blood. 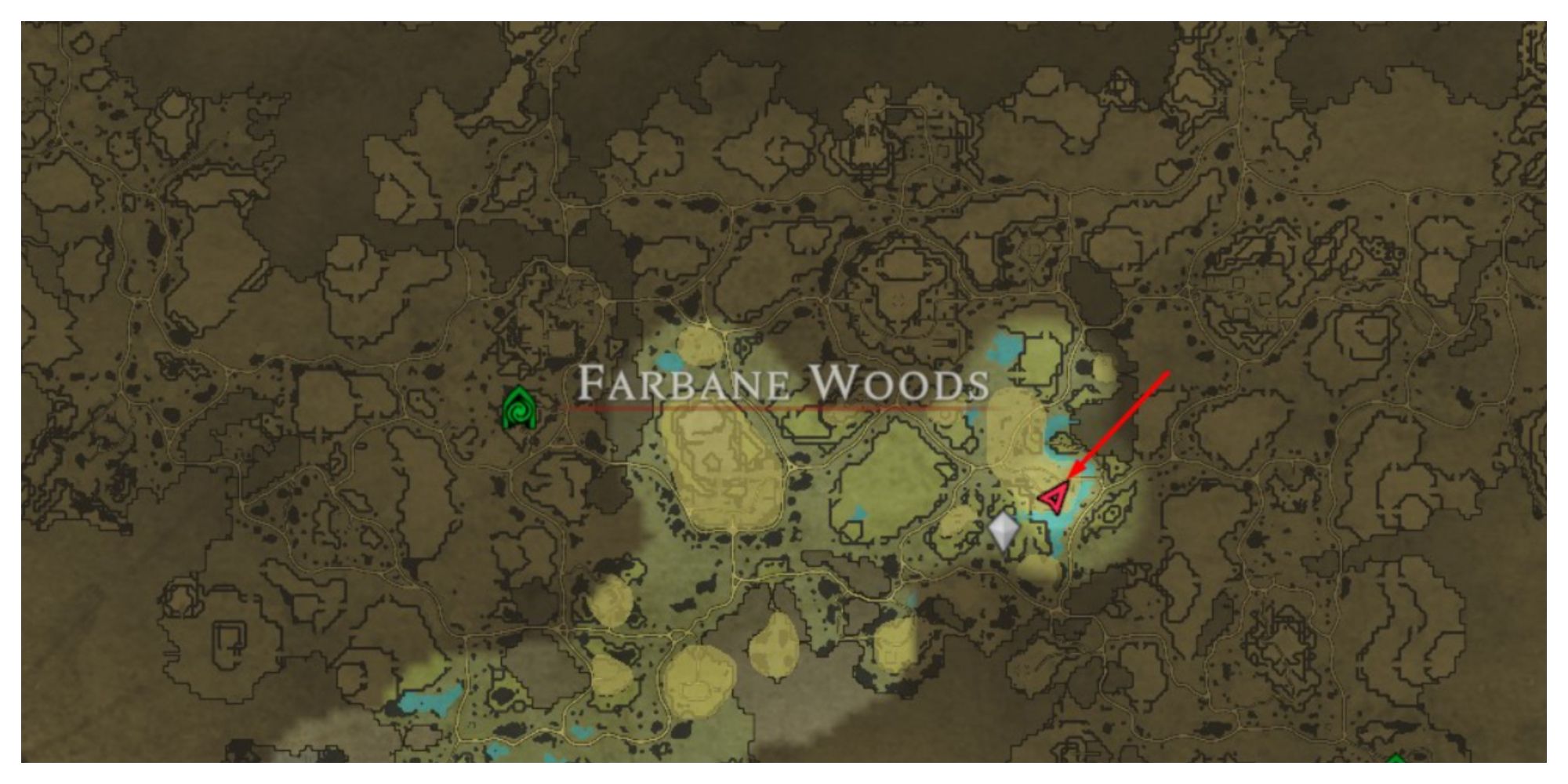 Rufus The Foreman will always be located on the eastern side of the Bandit Logging Camp in Farbane Woods. He will roam around a small open area by himself, but the Logging Camp, in general, will be teeming with Bandits. Clearing out the camp before engaging Rufus is recommended, as it will give you a clear escape route if things turn sour.

Approaching the Bandit Logging Camp from the northern bridge will bring you right to Rufus' location and help you avoid the majority of the Bandits.

There is minimal cover from the sun when fighting Rufus, so be careful only to fight him at nighttime for maximum safety. Otherwise, his Trap ability and his enraged Bandit army can quickly bring you down.

Rufus can be tracked using the Blood Altar structure, which will send a periodic red stream of blood flowing towards his current location. 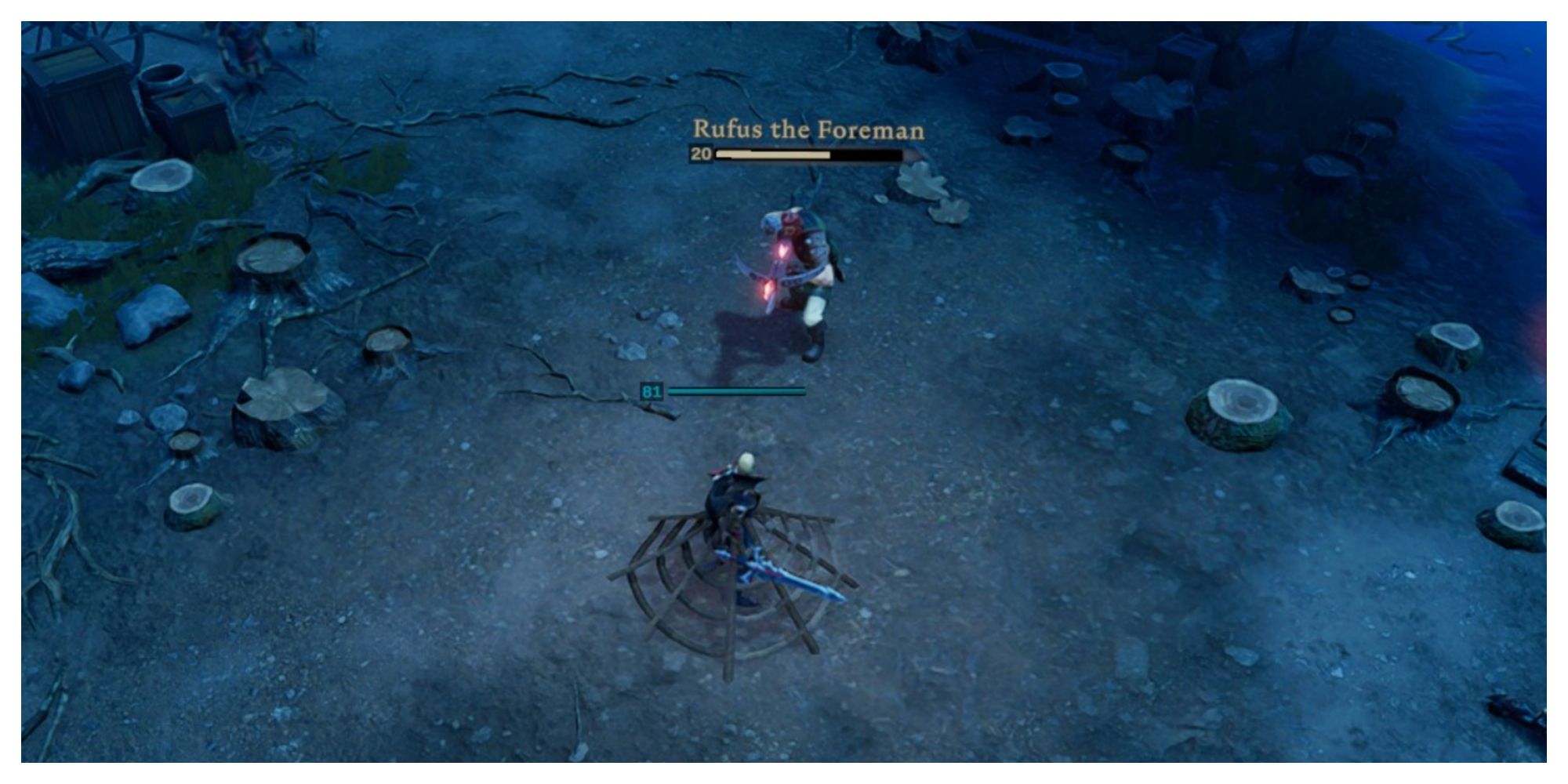 Rufus is armed with a Crossbow and will utilise a safe, ranged playstyle against you. Moving away from you before stopping to fire a single shot, his basic attacks are slow and easy to dodge. Keep up the pressure on him but remain vigilant of your surroundings. A red line will glow on his crossbow before he is about to shoot, so you have plenty of time to get out of the way.

Rufus will periodically use a ranged Trap attack, the same as the Bandit Trappers. This will target your current location with a red reticle before rooting any player caught in its projectile. The root lasts for only a few seconds but can easily get you shot by Rufus' crossbow or attacked by his troops.

Rufus will also summon a random assortment of Bandits to attack you before casting his Battle Rage ability. This will cause him and all nearby Bandits to glow red, granting them increased damage. To play around this, you can either kill off his Bandits, or simply keep doing as you were before, although you will need to be more mindful of his Trap, as being pummeled by multiple enraged adds spells disaster at this point in the game.

Rufus only has a combat level of 20, and the recommended gear set to take him down will be exactly the same as you used for the previous boss, Eroll The Stonebreaker. A full Boneguard armour set will give you more than enough defence, and you can use any preferred Copper weapon to chase after Rufus, although the mace can give you a nice extra leap to help dodge his Trap ability. 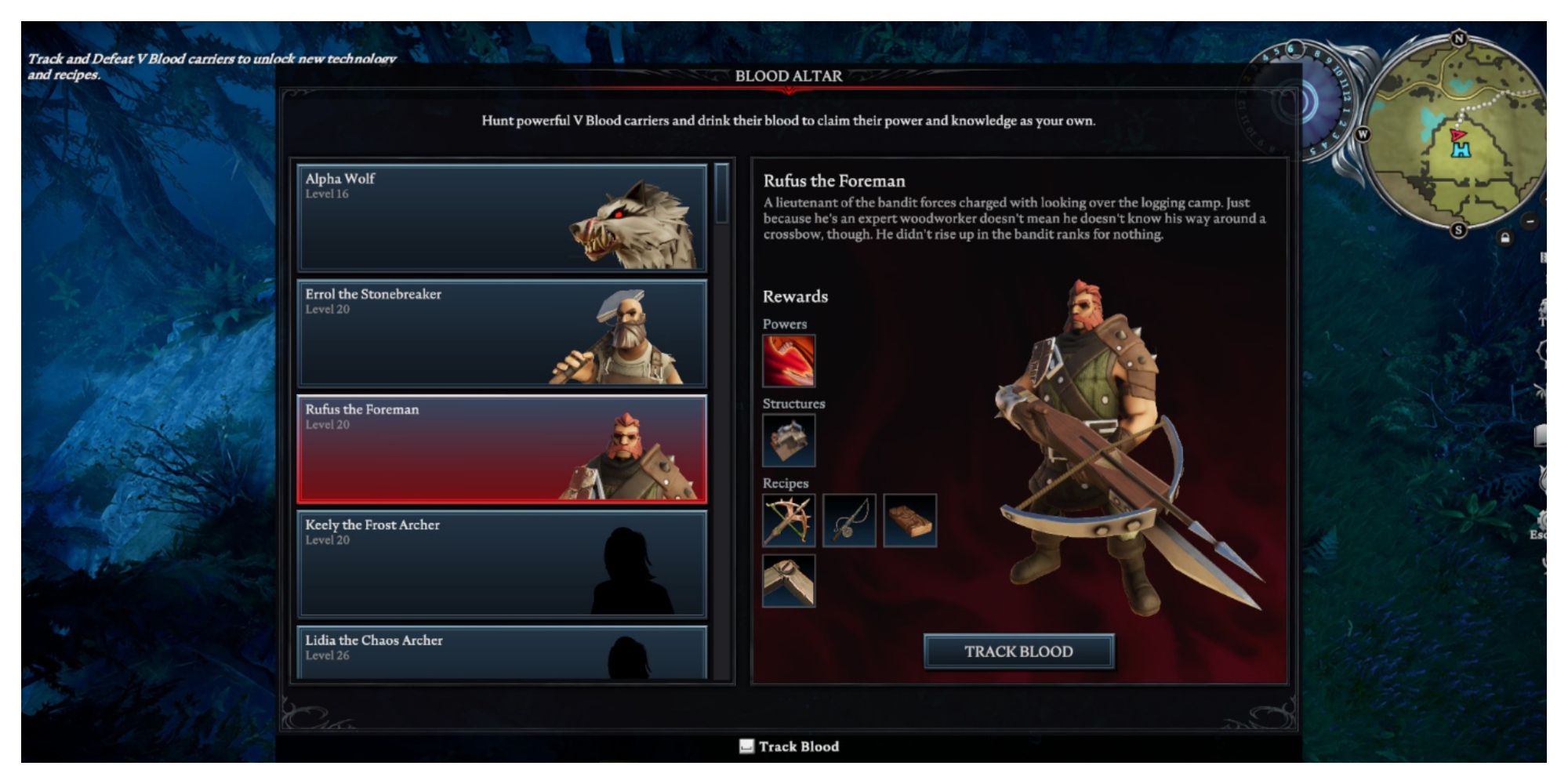 Upon defeating Rufus you gain access to a variety of rewards. The first is the Vampire Power Blood Rage. Using Blood Rage will put a shield around you and nearby allies and will also grant increased attack speed for the next four seconds. This ability is extremely powerful and can be used even in the endgame of V Rising. The potency only increases when playing in a clan, and this ability can really turn the tables if you are engaged in PvP combat. The extra attack speed allows you to quickly deal large amounts of damage to your enemies, and any shielding/healing is a premium resource. The 12-second cooldown is low enough that this should be spammed, and you can maintain a decent uptime on the buff even in hectic encounters.

Rufus will also provide you with the Woodworking Bench structure, an excellent build option. This will give the capability of constructing improved Crossbows, which is always a nice weapon to have on hand, even if it is not your primary damage source.

You will also be given three Woodworking Bench recipes automatically: the Hunter's Crossbow, the Fishing Rod, and the Painting Frame. Of these, the Fishing Rod is arguably the most useful, as it remains the best way of gathering fish, a special resource that many late-game recipies will utilise via the Fish Oil reagant. The Rod will take a combination of Planks, Copper Ingots, and Coarse Thread in order to craft.

The Painting Frame is used in many decorative recipes, so feel free to celebrate Rufus' demise by sprucing up your castle.