The series is known for its tangled and complex lore that only the most die-hard of fans can figure out, but the titles always offer some mystery meta-plot, revealing more about the Assassins and Templars conflict. With Assassin's Creed Origins intended as a soft reboot, and the one that began the more action-orientated trilogy that includes Odyssey and Valhalla, some conceived elements did not make it into the final game, including McDevitt's initial vision for the story.

Speaking to Axios, Darby McDevitt, who has been working on the series since 2009, confirmed that many of his ideas were rejected during development. According to the writer, when he started work on Origins, he was also asked to produce some lore for Unity. That's when he decided to link both titles with additional references. 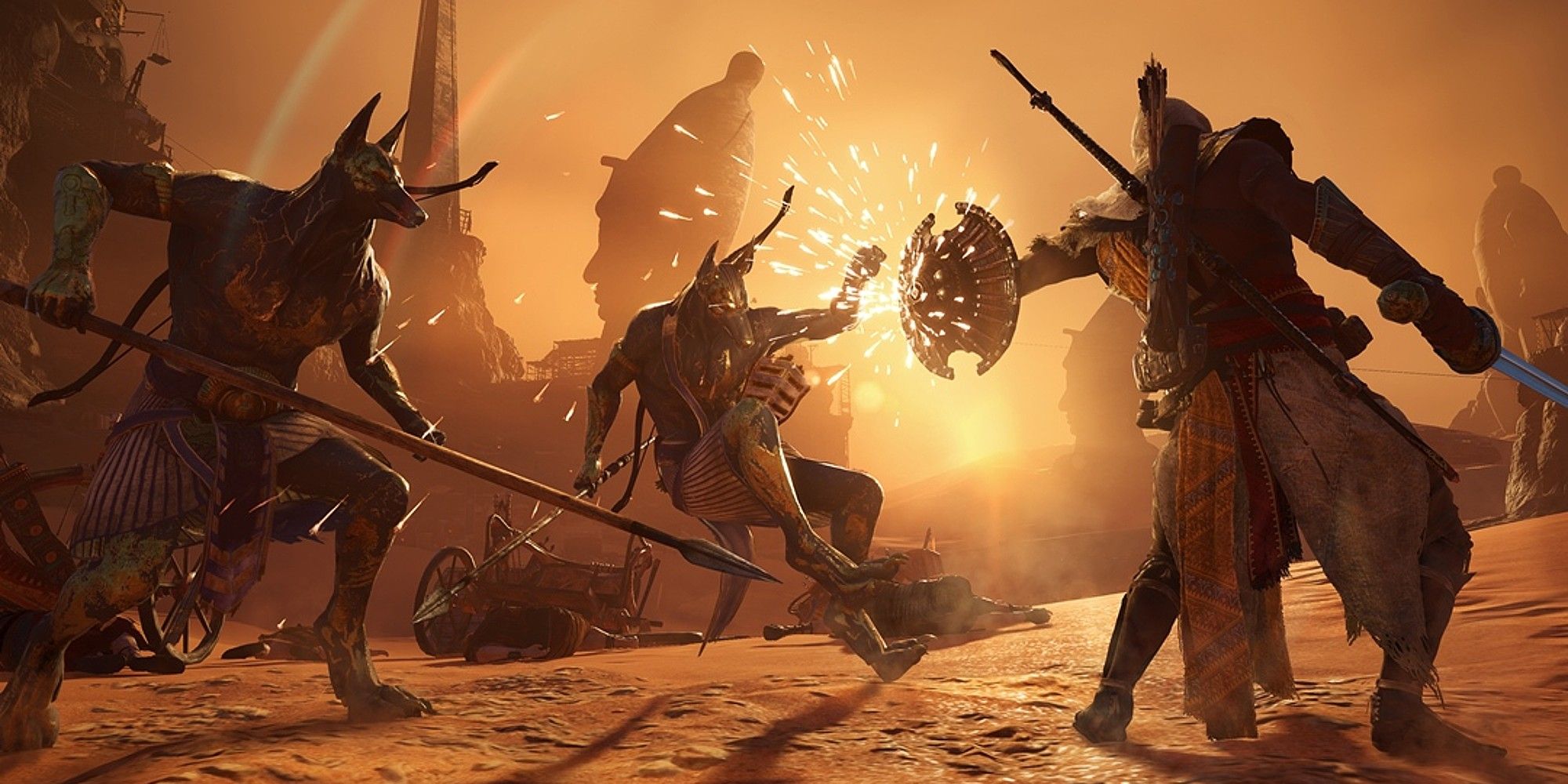 In his original concept, Bayek would hunt down "12 Templars who had been overtaken by the 'souls' of 12 Egyptian gods." This twist was supposed to make a complete picture with Unity's tease of the otherworldly character Juno, who wants her followers to find The Hidden Twelve.

However, shortly after Unity's not-so-great launch, these ideas for Origins were ditched by the team. As a result, the in-game tease of The Hidden Twelve was left unfulfilled, leaving the fans wondering to this very day. There are still theories emerging about whether the tease actually referred to the apostles, artifacts, or something else. Well, at least now we've got more clues.

McDevitt admitted he still has some hopes to "rehabilitate this story into something else" one day. The writer attempted to leave Ubisoft in March 2021 but was drawn back several months later to "explore new ideas and unknown frontiers" in the AC universe.

If you want even more ancient gods in Assassin's Creed, however, the devs have you covered. In just two weeks, the Dawn of Ragnarok expansion will launch for Assassin's Creed Valhalla, sending you to the Svartalfheim as Odin. And if you have long wanted the series to go back to its stealthier roots, you needn't worry. According to what we know, Ubisoft is also working on a smaller Assassin's Creed game with an emphasis on stealth, just like the very first entry.