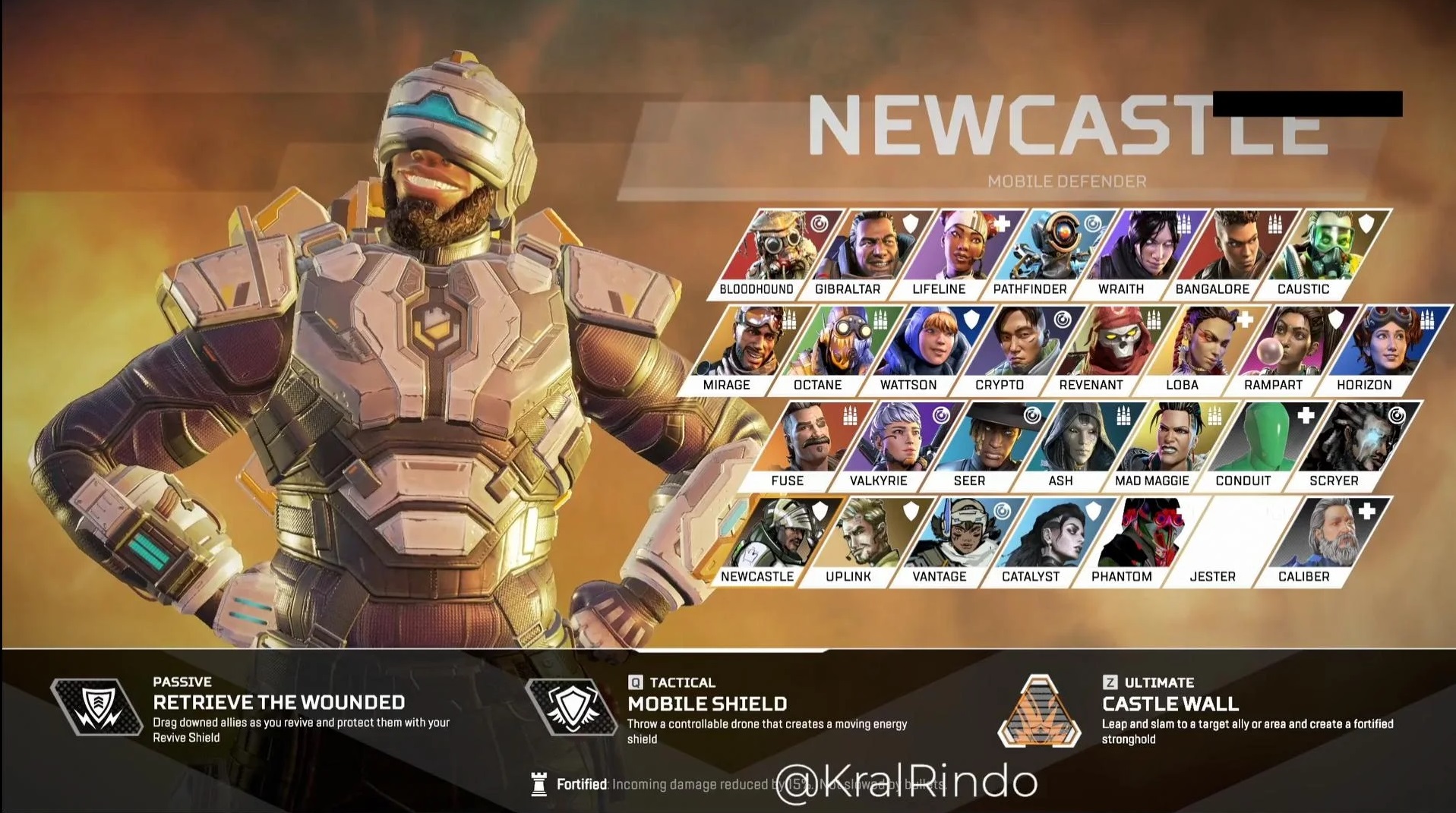 One of the biggest leaks in video game history has revealed new characters and even gameplay footage of upcoming Apex Legends updates.

Apex Legends is no stranger to leaks and datamines. Fans have regularly been able to learn the details of new updates ahead of their release, but the most recent leak is on an entirely different level.

Instead of just information related to the next season, a document shared via Reddit has allegedly leaked the next two years of Apex Legends content, including text files, images, and even gameplay videos from an internal build of the game.

Said document has since been deleted and can no longer be viewed, although it’s not known why. Since this is the Internet, however, others have compiled the information elsewhere for posterity’s sake, namely other Reddit threads and a Google document.

Some of the leaked information includes things like new weapons and cosmetic items for specific characters, but perhaps the biggest takeaway are the nine new playable characters.

Since they’re still early in development, most of them are lacking character models, although all but one of them have a profile picture so fans have a general idea of what they might look like.

However, every character’s name and abilities have been shared. For example, Newcastle (who is theorised to be the next addition to the game due to his seemingly complete character model) will be a defensive character who can drag away downed teammates and protect them with a shield as they’re being revived.

There’s also Vantage, a recon hero whose ultimate ability lets her scan opponents and mark them, allowing her and her teammates to deal more damage to them. Her character model isn’t as polished as Newcastle’s, so she might come after him in season 14.

The other characters and their classes are:

The final character, Jester, lacks both a profile picture and class, but they are described as a ‘tricky trapper’ who can turn grenades into mines that stick to surfaces and create a cloaking field, which could point to them being another recon or support hero.

The files also mention a new capture the flag mode and several new maps. The Arena mode, which focuses on 3v3 gameplay, is getting five maps. Apparently, all of them will be inspired by Titanfall.

An image of one of them shows what looks like an office building for Hammond Robotics, the company responsible for making the Titan mechs. Maybe this is what Respawn meant when it said the Titanfall universe will continue.

So far, this all appears legit, but there’s always the possibility that plans will change and some of this content won’t see the light of day. Respawn has also, in the past, made deliberately fake information to throw off leakers.

In 2020, it announced Forge as a new playable character, only to kill him off before he was meant to release and replaced him with Revenant.

Apex Legends is currently available for Xbox One, PlayStation 4, Nintendo Switch, and PC. Dedicated versions for Xbox Series X/S, PlayStation 5, iOS, and Android are scheduled for 2022.