This chapter of Triangle Strategy opens to scenes of drama and horror as the kingdom of Glenbrook is invaded by their northerly neighbor. The narrative ramps up pretty quickly from here, so you'll want to be well-prepared for everything to come.

Between an exploration event, a pretty tough battle, and the introduction of Character Stories with which you can bump up your forces, this chapter can be a pretty hectic one. Stick with it, though, because this is where Triangle Strategy hits its stride. If you want to get everything you can out of it, we've got you.

From this chapter onwards, Character Stories are enabled and can be accessed from the World Map. These act something like Side Stories, introducing you to new characters and giving you insight into the lives of characters you already know.

There are two types of Character Story:

Since every player will play the game differently, they will likely have access to different characters. We will try our best to keep battle strategies focused on the characters you will definitely have, but some special cases will be covered in the event that an optional character proves especially useful.

We check in on Silvio Tellior and his reactions to the news of Whitholm's attack. 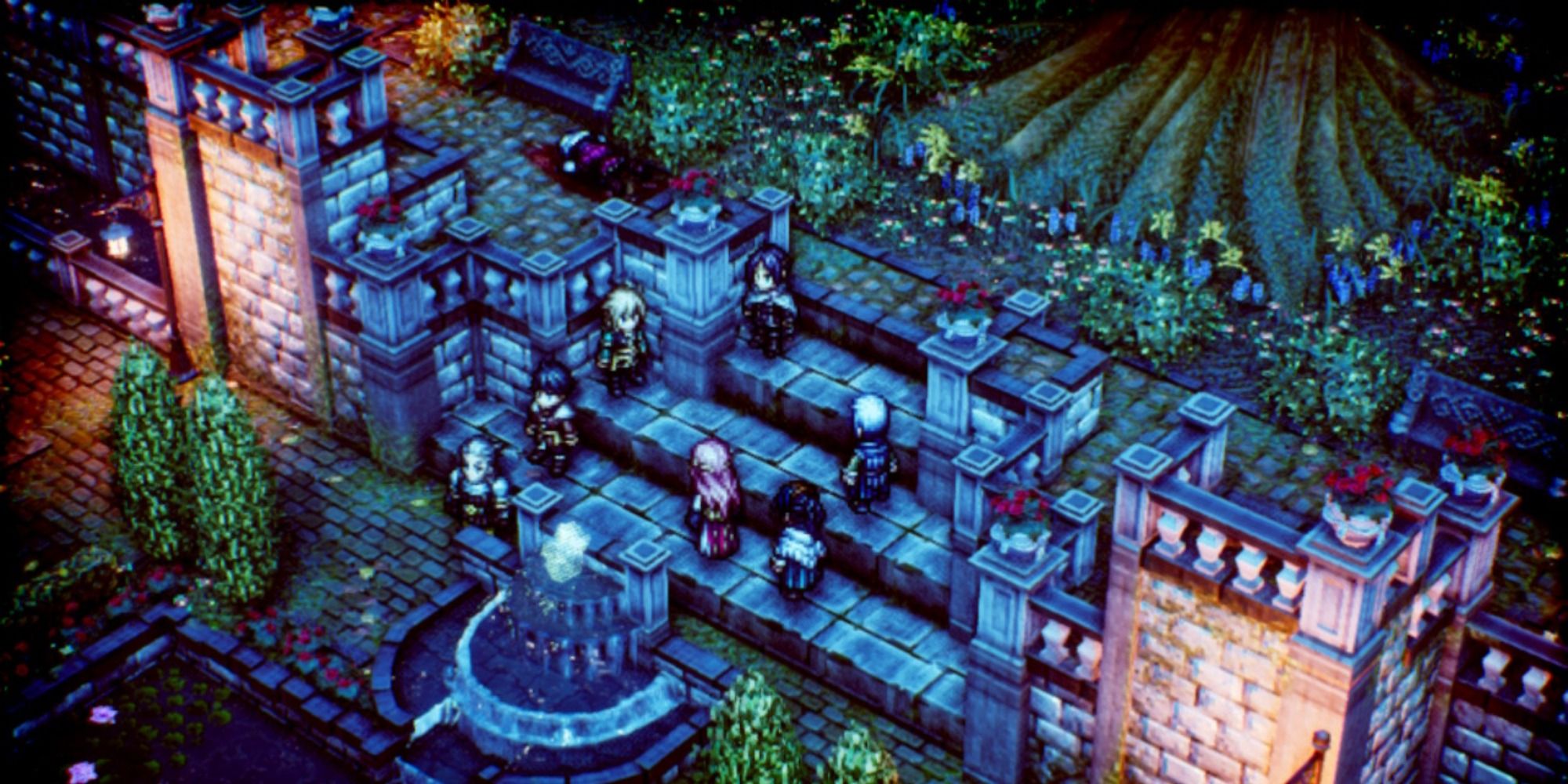 The party manages to sneak into Whitholm Castle through the use of a secret passage, but they're not out of hot water just yet. While this exploration event occurs under special circumstances, it plays out in the same fashion as the others you've experiences thus far. 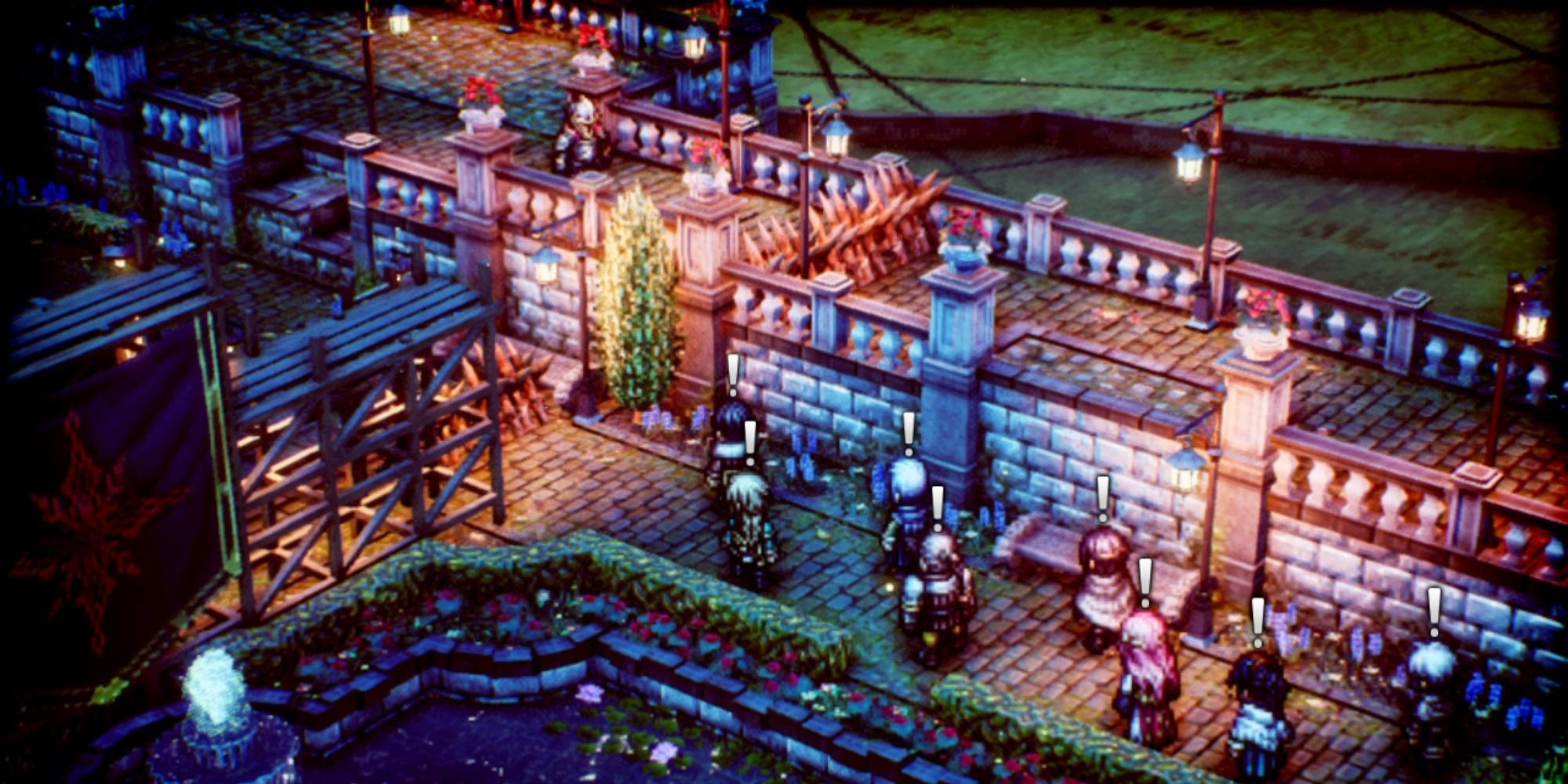 Unfortunately for Serenoa and co., it isn't too long before they're found by the Aesfrosti invaders. As a result, you're going to have to fight them off while protecting Roland. This isn't too tough a battle, depending on how you tackle it.

This battle introduces you to the Overview option. This will let you see specific details about battles that aren't just "Defeat all enemies, have fun." In this battle, your primary objective is to reach the yellow squares at the end of the map whilst protecting Roland. Doing this will complete the battle.

Be wary, though, as enemy reinforcements will join the battle as you breach certain thresholds. 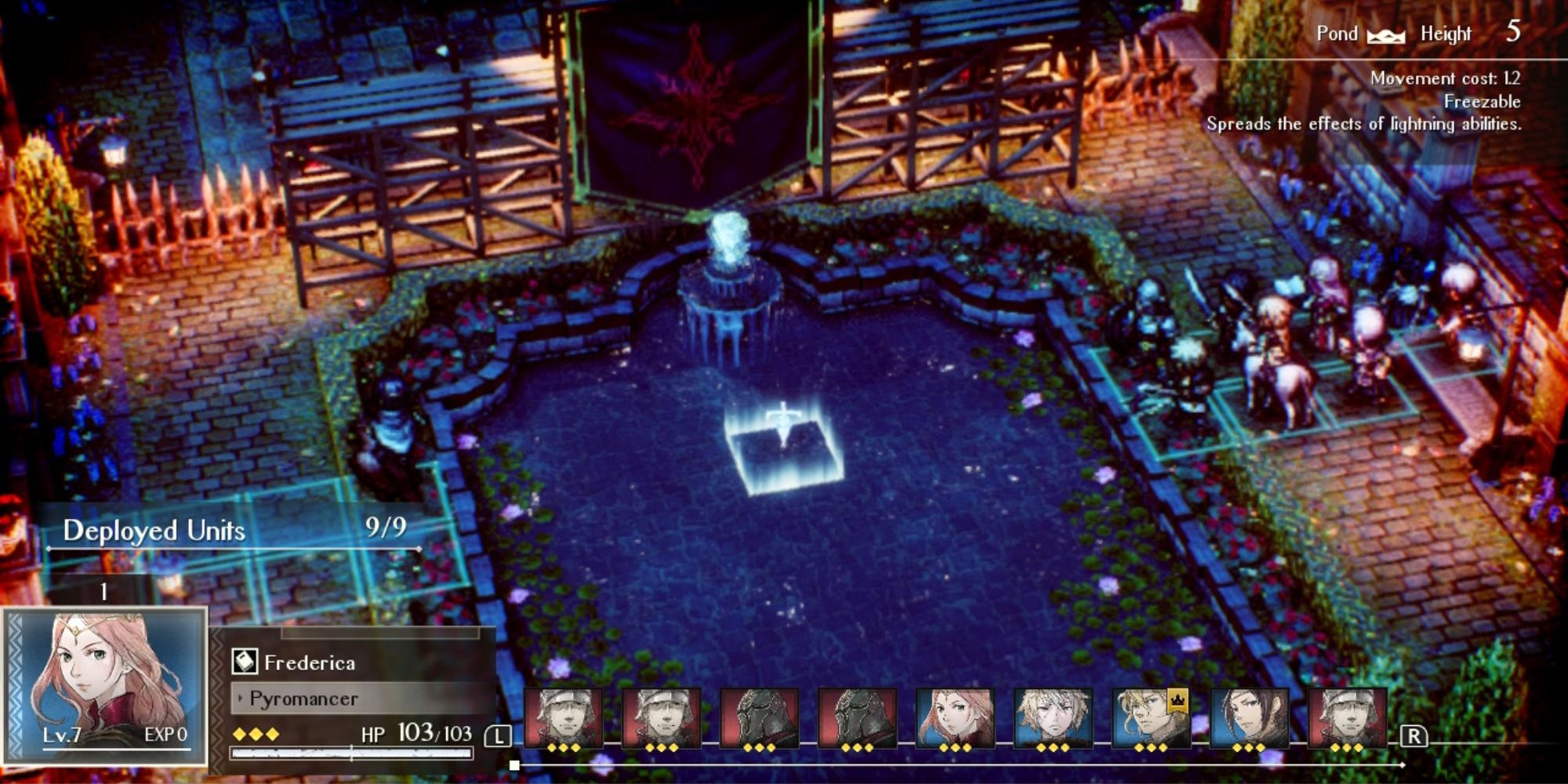 A perfectly viable strategy for this battle is to turtle up and play defensively, letting your foes come to you. To set this up, place all eight of your chosen units on one side of the battlefield and put Hughette on the other side. Since she can fly, Hughette can just leap up to the scaffolding and start shooting down at her foes as she gradually makes her way to the rest of the pack. 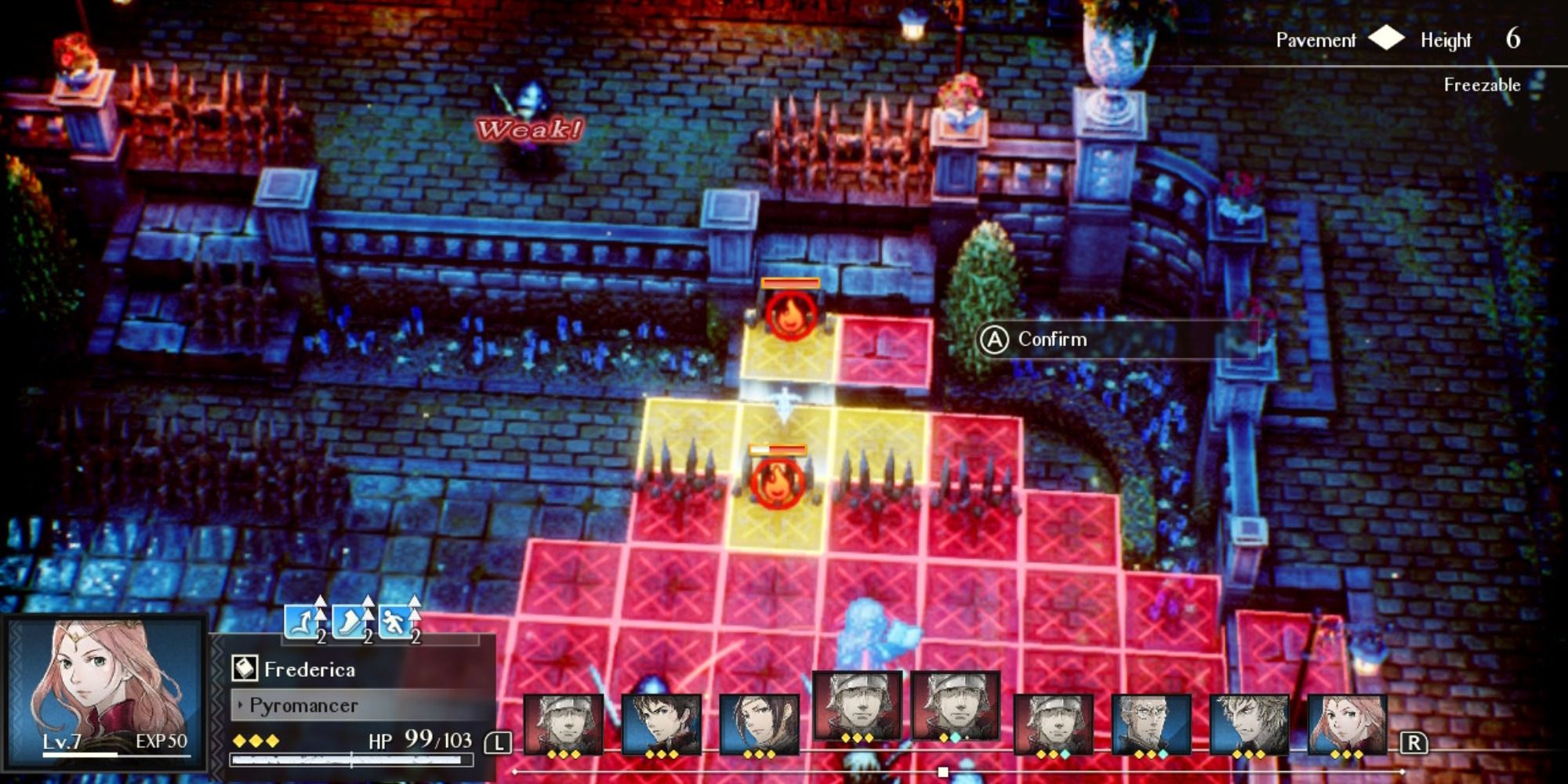 The wooden barriers here will be a pretty serious annoyance during this battle. They usually take a few hits to clear unless you figure out that Frederica's fire spells will eliminate them in one go. Use Scorch for maximum wood-removal, potentially giving her the Vanguard Scarf from the last chapter if you want it done quickly.

Be aware that this will set certain tiles ablaze, but the damage you'll take from moving through the fire is negligible. 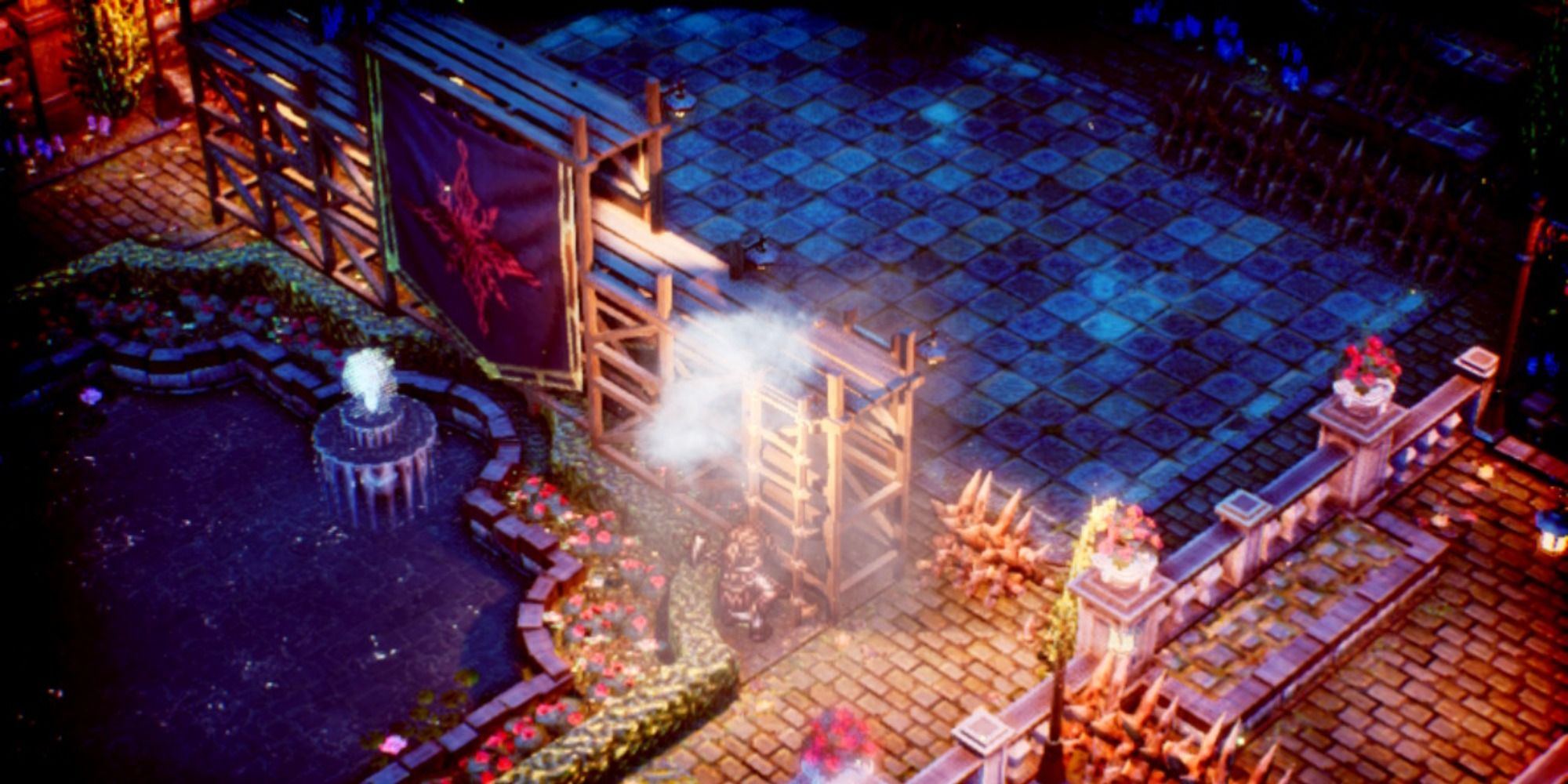 The first set of barricades can be bypassed immediately if you have Jens. He can construct a ladder right up the side of the scaffolding, letting your units enter the fray quickly and easily. Unfortunately, he cannot construct ladders on the next set of walls, so you'll have to weave through the barricades or destroy them entirely. 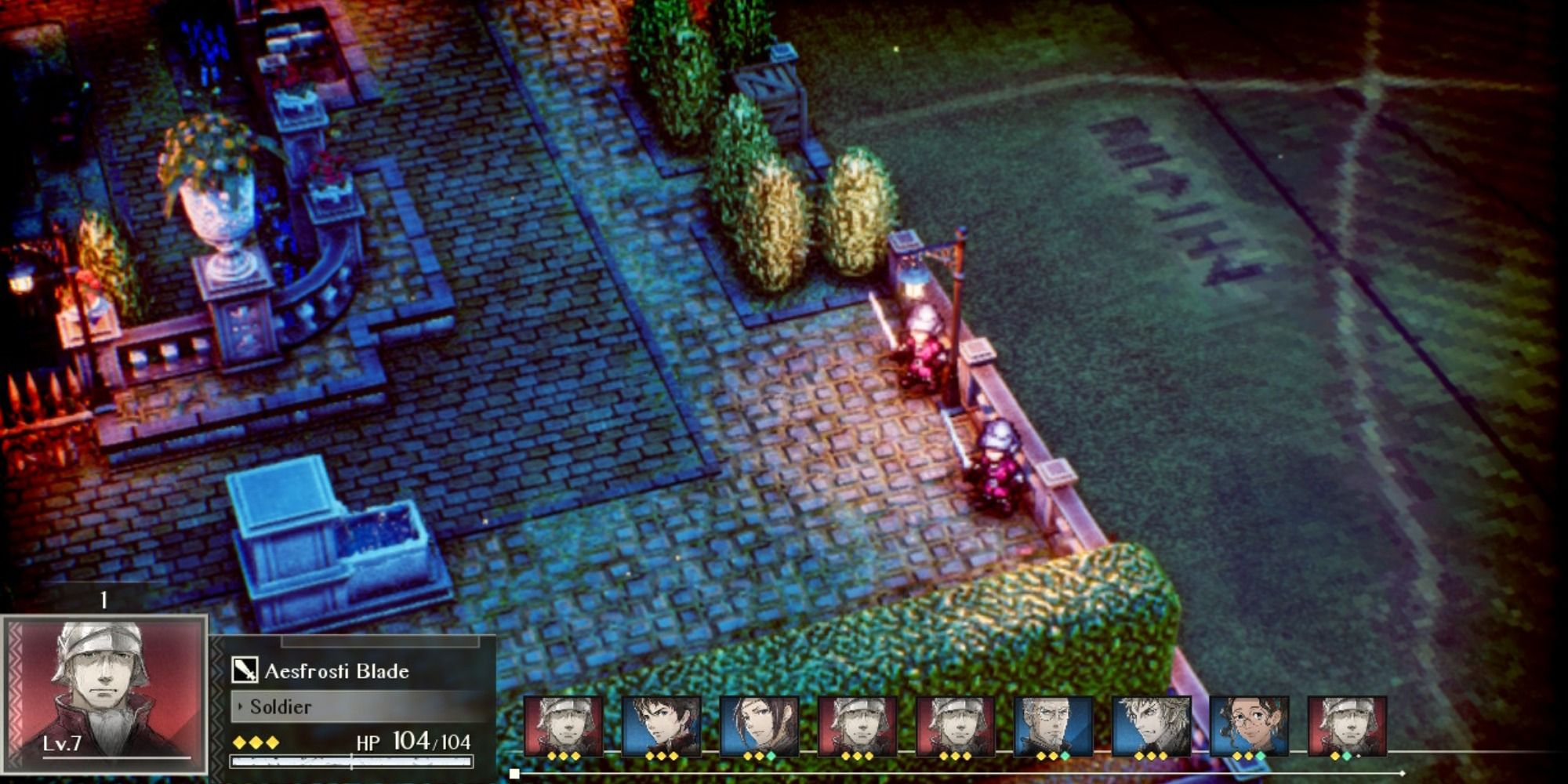 Once you reach certain points in the battle, enemies reinforcements will spawn at the sides. You'll get four new foes once you reach the small plaza where you once had a banquet earlier in the game, three more once you bypass the second drow of barricades, and four more once you make your way up the stairs on the other side. 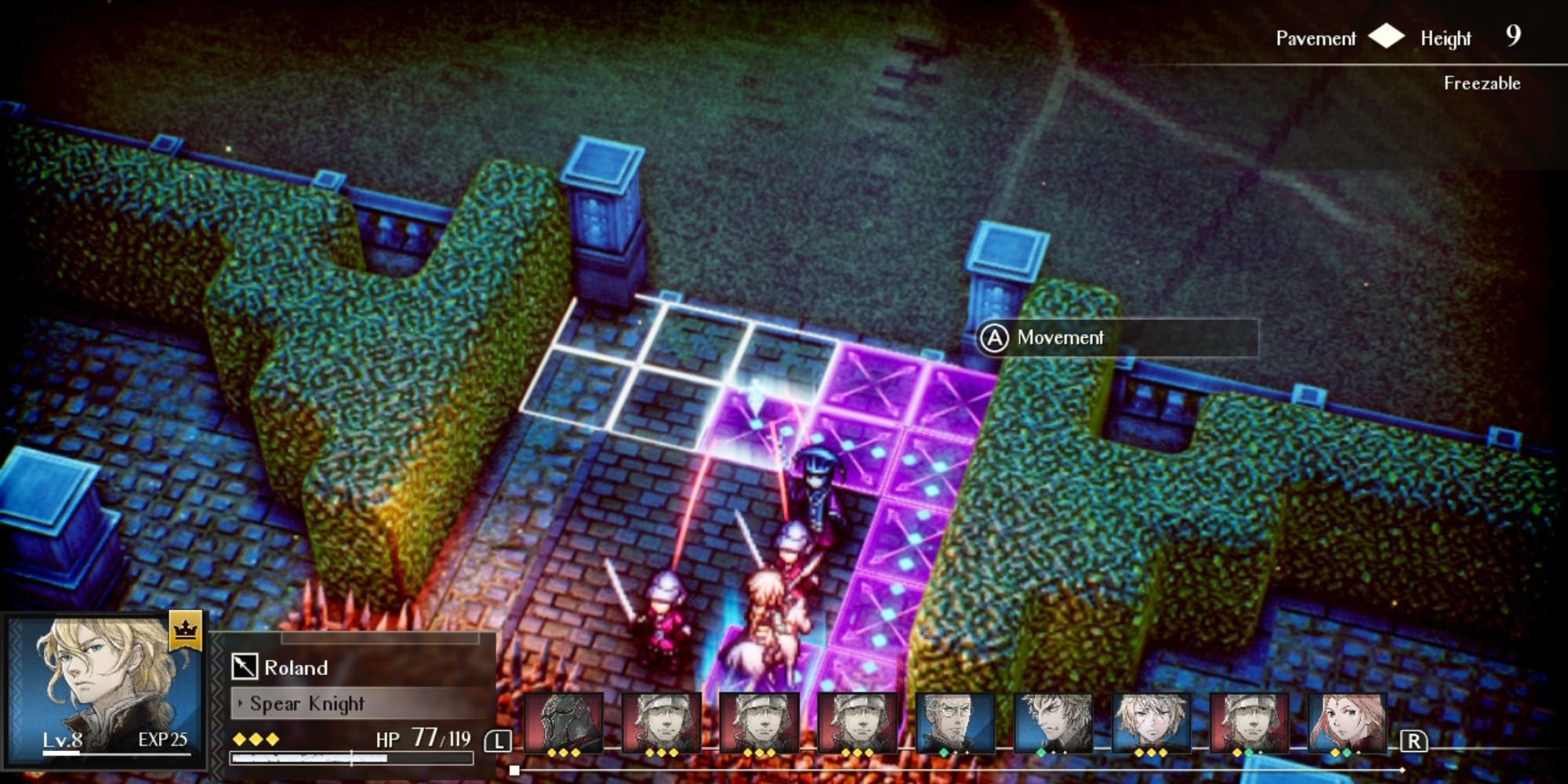 There are, in fact, two ways to end this battle. The first is to do as the game tells you – just get Roland to one of the escape squares. Funnily enough, this is the hardest strategy to take as it will likely have you scrambling to get Roland to the escape zone and may end up getting your units surrounded as you panic.

It is far easier to just eliminate every enemy on the map while keeping your party close together. Beating every enemy on the map will not only give you more experience and chances at their random item drops, but it takes all the panic out of the fight. When taken on as small packs, the enemies here are nothing to write home about.

If you do want to take the battle on in the intended way, it's best to set Roland up with Benedict's Bulwark and Bird of Prey buffs to give him the best chances. Break barricades with Firestones and Frederica's Scorch and you should have no trouble shrugging off the enemies' attacks.

No matter how the battle ends, the result will be the same and the party will be moments away from reaching the Throne Room for a climactic showdown. This, however, is the end of Chapter Five of Triangle Strategy.