The color identities of Magic: The Gathering are each incredibly distinct, each being home to their own mechanics and having access to different types of spells and effects. In the Commander format, a player's choice of their commander dictates the colors they will have access to in their deck, meaning that a commander with more colors in their color identity provides a player with more cards to choose from in deck construction.

For this reason, three-color decks are quite popular within the format. One popular color-combo, Bant, is the identity of blue, green, and white, having access to great mana ramp, card draw, and potent aggressive options. So today, we're going to see the strongest commander options that Bant has to offer. 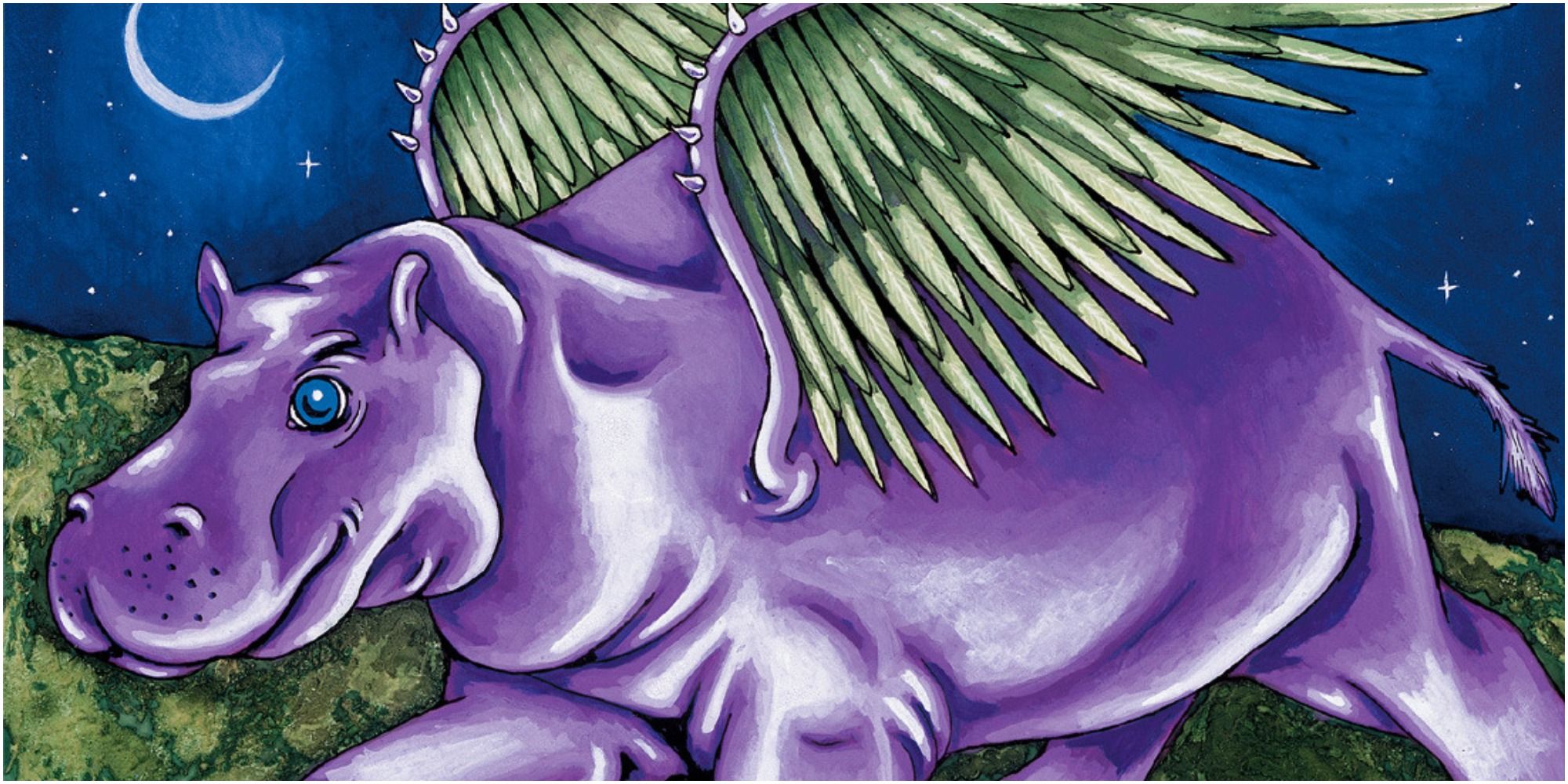 As one of the premier Group Hug commanders of the format, many players view Phelddagrif as a joke commander. While there is in fact some truth to this, there is something to be said about the political negotiating power that Phelddagrif brings to the table in a multiplayer-based format.

A 4/4 for four mana, Phelddagrif has three activated abilities that provide its controller with a minor benefit, while assisting another player. For one white mana, Phelddagrif can give another player two life, for a blue mana it can draw another player a card, and for a green mana, it can create a 1/1 hippo token under another player's control. Not only can these effects be used to bribe players when negotiating, but these gifts can be taken back through the use of spells like Reverse the Sands and Reins of Power.

9 Rafiq of the Many 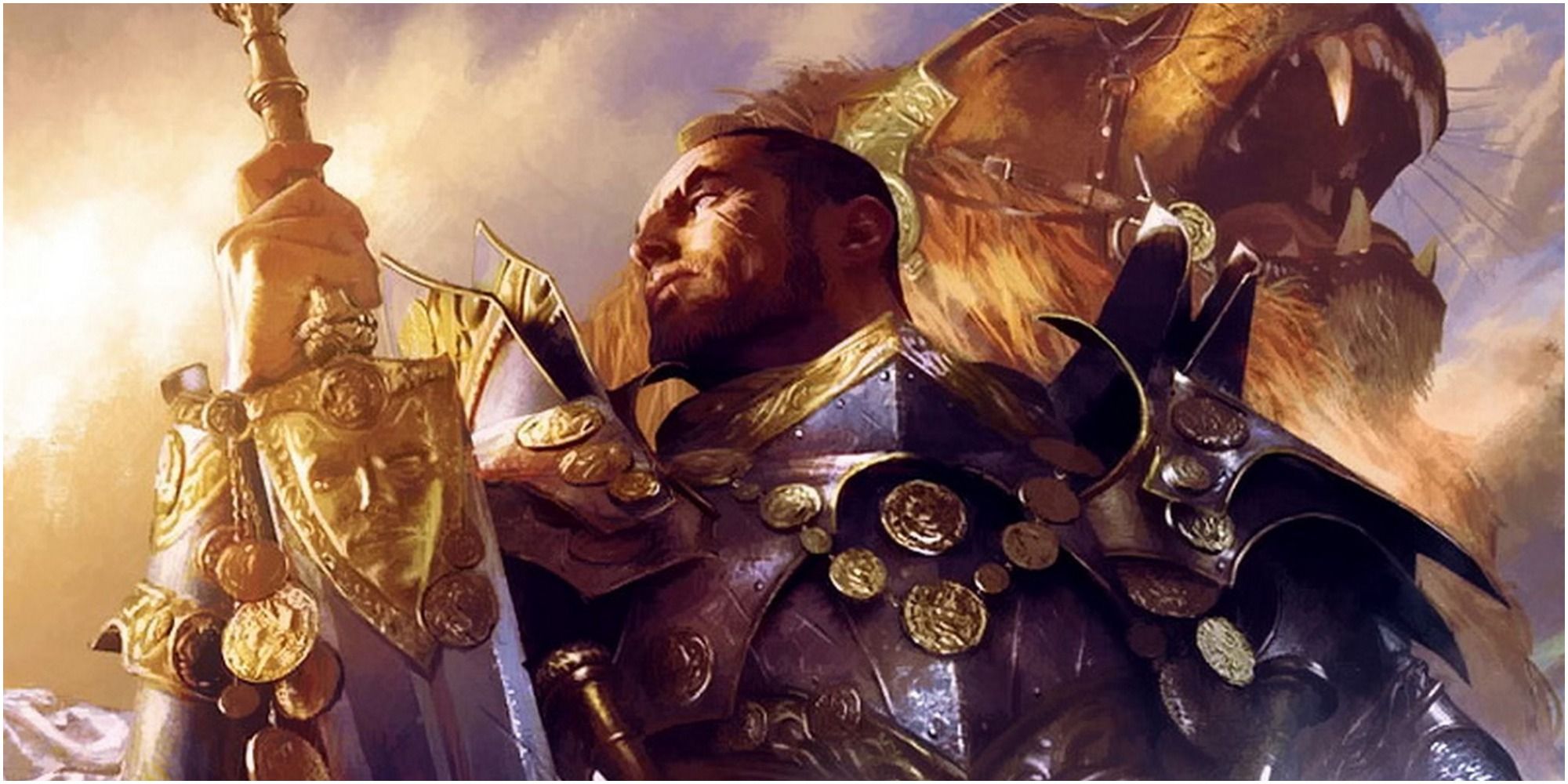 While Rafiq of the Many was once one of the most popular commanders in the format, as power levels have shifted over the format's lifespan, some have grown to view Rafiq less favorably. However, it is still a quite solid option for a Bant Voltron commander. A 3/3 with Exalted for four mana, in addition to its access to Exalted, Rafiq further incentivizes that its controller only attack with one creature at a time by providing a lone attacking creature with double strike.

This means that simply by itself, Rafiq can swing in for eight damage for only four mana, growing even larger when paired with equipment and other creatures with exalted, making the goal of defeating players with Commander Damage quite attainable. 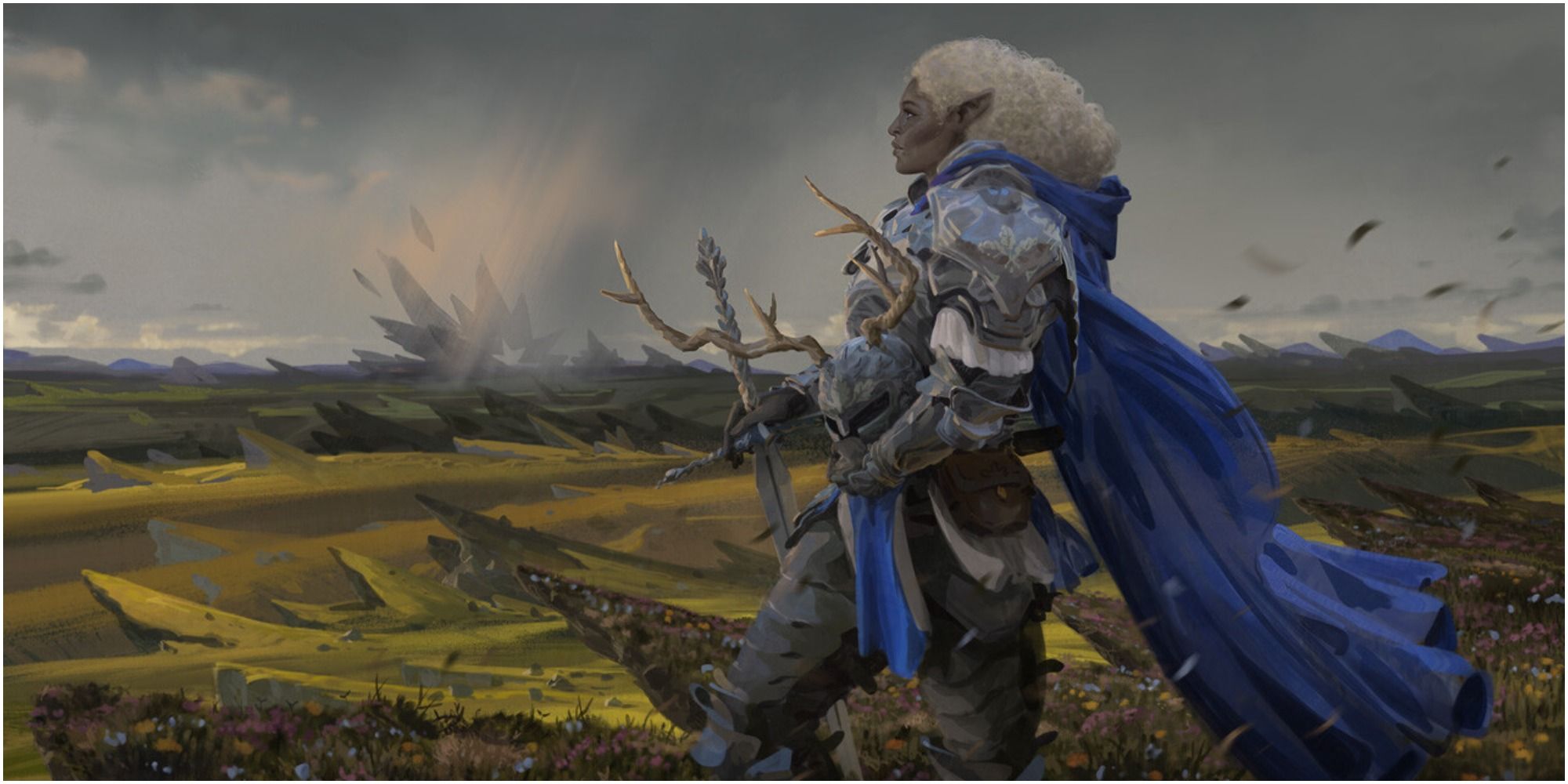 The most recently printed entry on this list, Galea, Kindler of Hope is another Voltron commander option much like Rafiq. For four mana, this vigilant 4/4 allows its controller to look at the top card of their library at any time.

This is notable as Galea allows its controller to play equipment and aura spells from the top of its owner's library, even immediately attaching equipment played this way directly to a creature. This is quite powerful as not only does Galea provide additional card access, but it can subvert high equip costs, potentially ignoring them entirely. 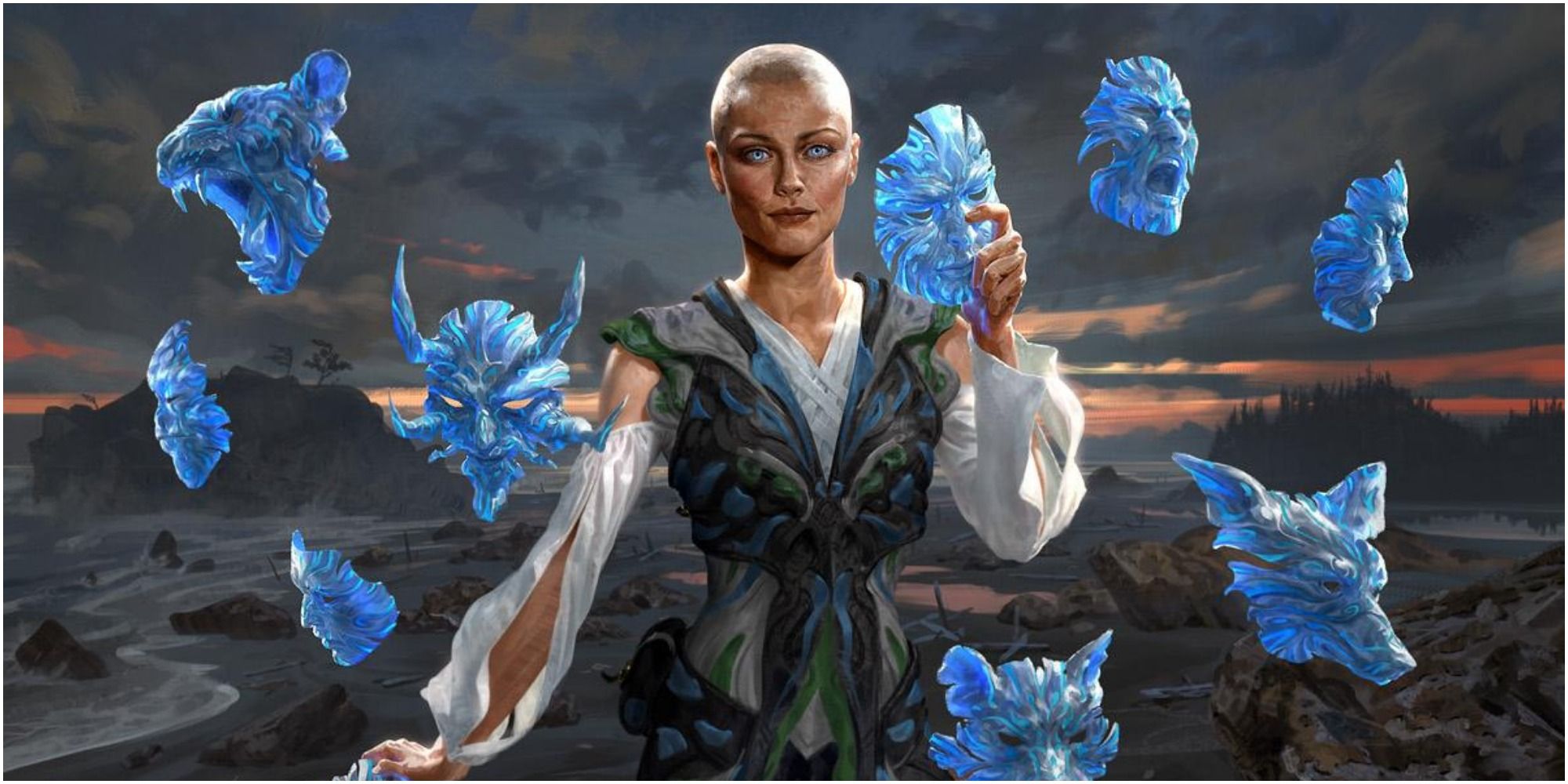 A four-mana Planeswalker than can be one's commander, Estrid, the Masked is a perfect option for those looking to play an aura-based Bant deck. Versatile in regards to aura synergies, Estrid can untap any enchanted permanent with its +2 ability, potentially providing mana ramp when targeting the likes of an enchanted land or mana-producing creature.

When short on aura's Estrid's -1 can create a Mask aura enchantment that can provide any permanent with totem armor, while its ultimate -7 ability mills seven, then putting all enchantments from its controller's graveyard into play, potentially cheating high-impact cards into play!

6 Roon of the Hidden Realm 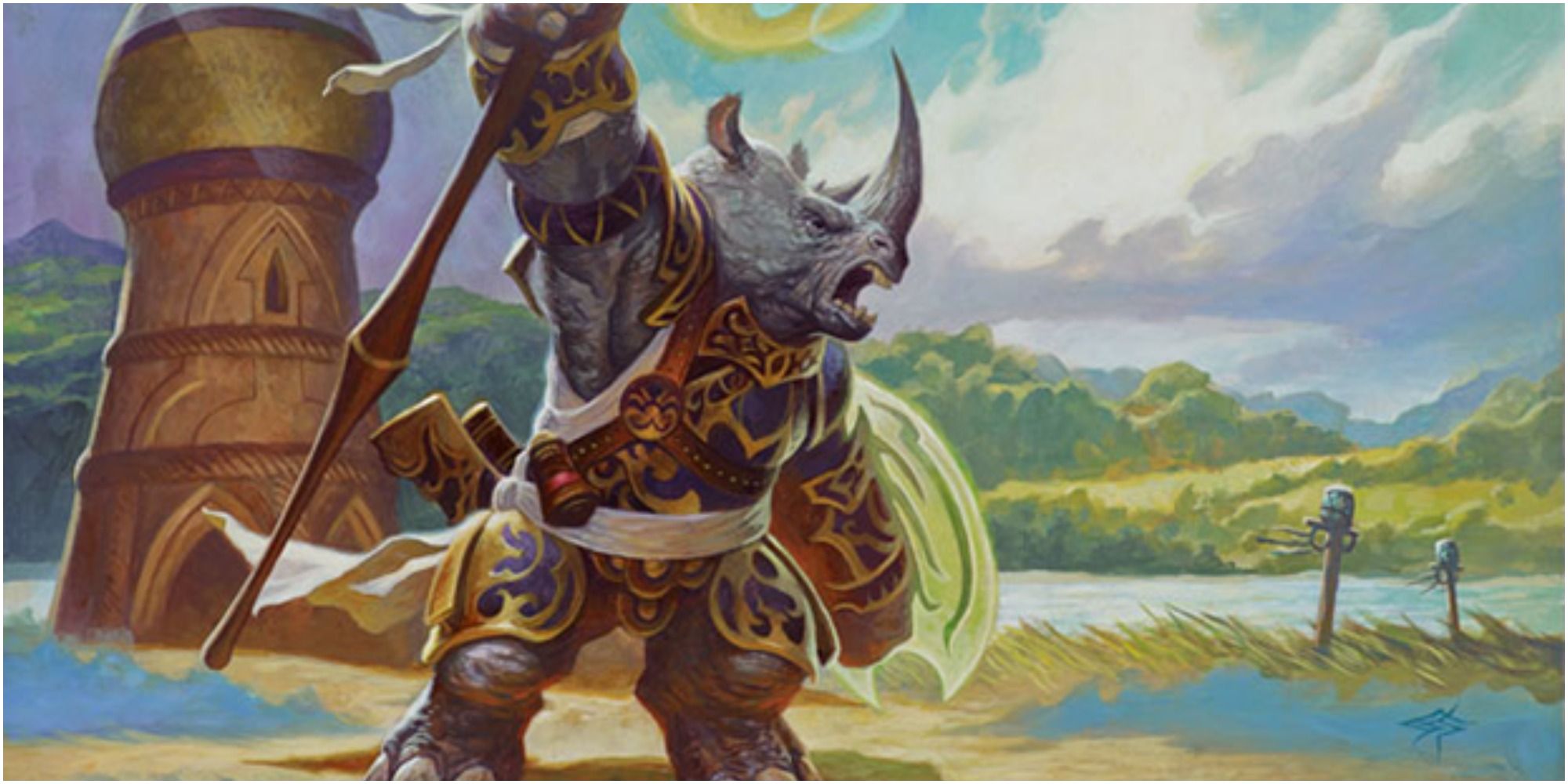 Flicker decks are those that aim to gain repeated value from "enter the battlefield" triggers from creatures. An iconic Bant flicker commander, Roon of the Hidden Realm is a 4/4 rhino soldier with vigilance and trample for five mana.

Once in play, not only can Roon make great use of its keywords, but for two mana it can be tapped to exile a creature, returning it to the battlefield at the beginning of the next end step. This ability can not only flicker one's own creatures but it can also be used to interfere with an opponent's plans by targeting key creatures such as blockers or those stacked with auras and equipment cards. 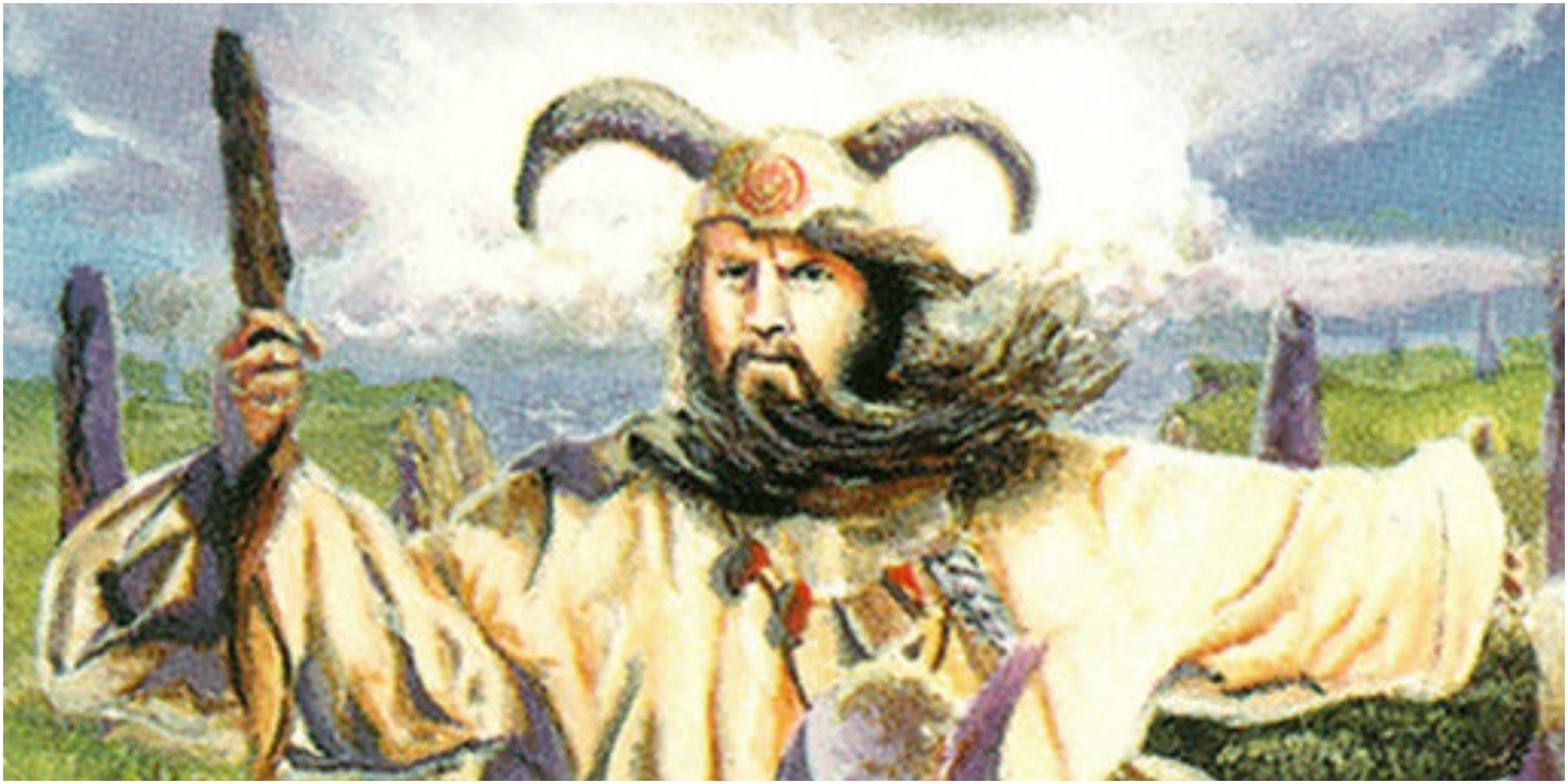 As a sought-after card on the Reserved List that only saw a single printing in Legends, Angus Mackenzie is currently one of the most expensive potential commanders in the entire format.

A Bant 2/2 for three mana, for an additional three mana, Angus Mackenzie can be tapped, preventing all combat damage that would be dealt that turn. While fog is a spell that only costs one mana and this ability costs three to activate, its repeatable nature makes it a nightmare for decks that aim to win through the use of combat damage. 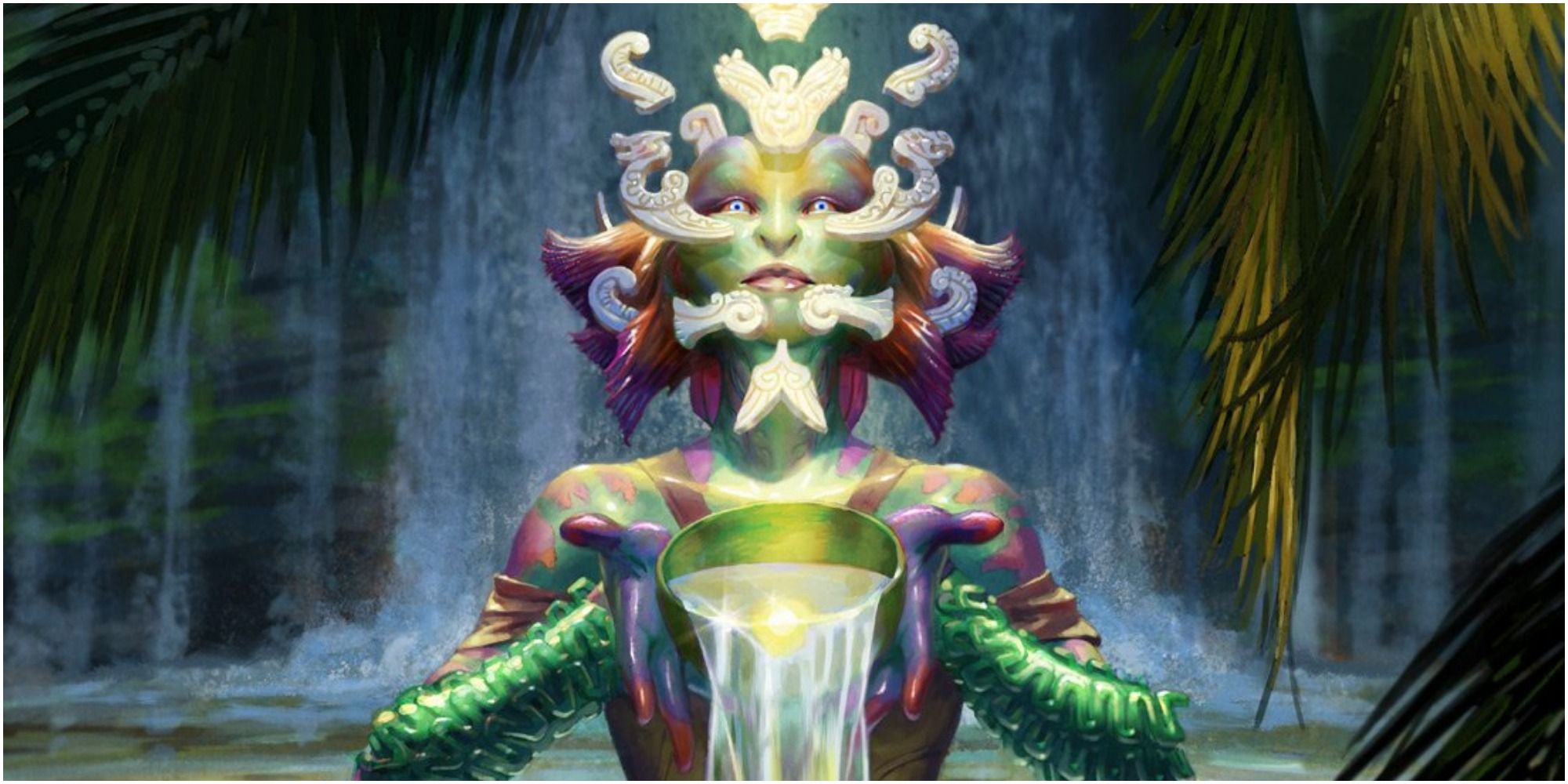 Though somewhat simple, Tuvasa the Sunlit is an incredibly strong option for an enchantment-based Commander deck. A 1/1 for three mana, Tuvasa gets +1/+1 for each enchantment under its owner's control, allowing it to grow quite large in the right deck.

Additionally, whenever its controller player their first enchantment of a turn, they can draw a card, meaning Tuvasa is a consistent source of additional card draw each turn. 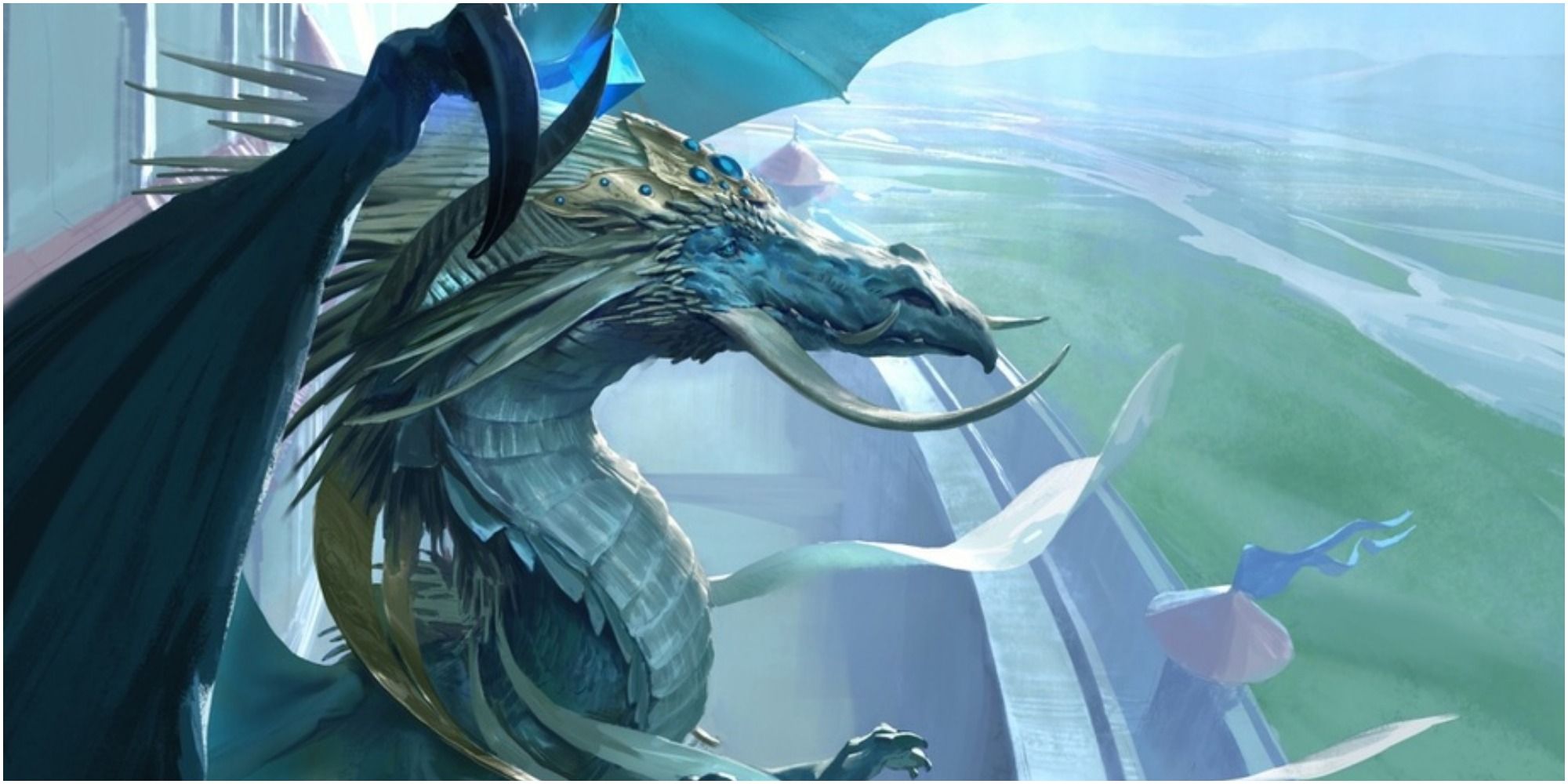 Arcades, the Strategist is a stellar option for those looking to weaponize the most defensive creature type in all of Magic: walls. While walls are traditionally low-power, high-toughness creatures that can't attack due to toting the defender keyword, Arcades not only states that creatures under its owner's control with defender can not only attack, but they can also assign combat damage via their toughness.

While this is already quite solid and comparable to the Abzan commander, Doran, the Seige Tower, This flying elder dragon allows its controller to draw a card whenever a creature with defender enters the battlefield under their control. 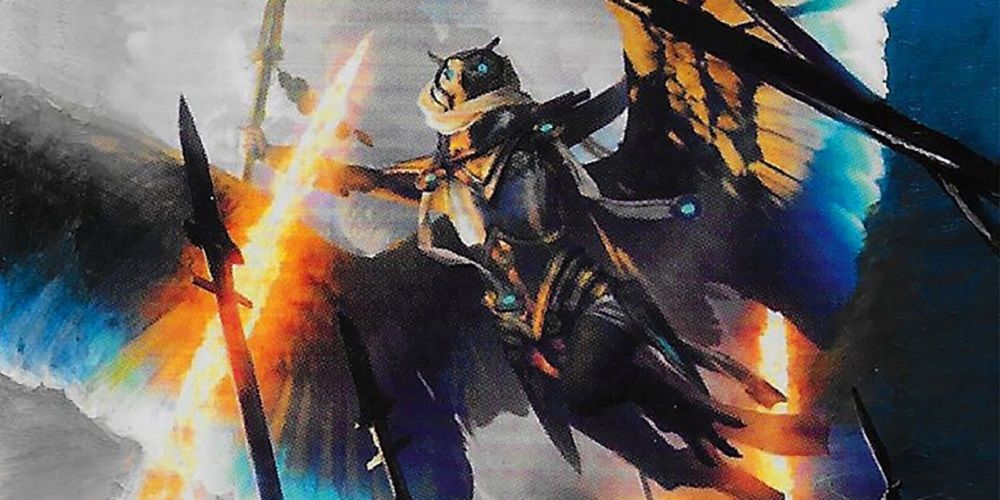 Known for its ability to enable combos and shut down opponents via Stax strategies, Derevi, Empyrial Tactician is quite a potent commander. For three mana, Derevi is a 2/3 with flying that can tap or untap target permanent whenever it enters the battlefield or whenever a creature under its owner's control deal combat damage to a player.

This ability is both flexible and powerful, able to untap lands for mana ramp, untap combo pieces, or tap down an opponent's key cards. Even if Derevi were to be removed, it is capable of subverting Commander Tax, toting an ability that only requires a payment of four mana for the bird to be put from the Command Zone into play. 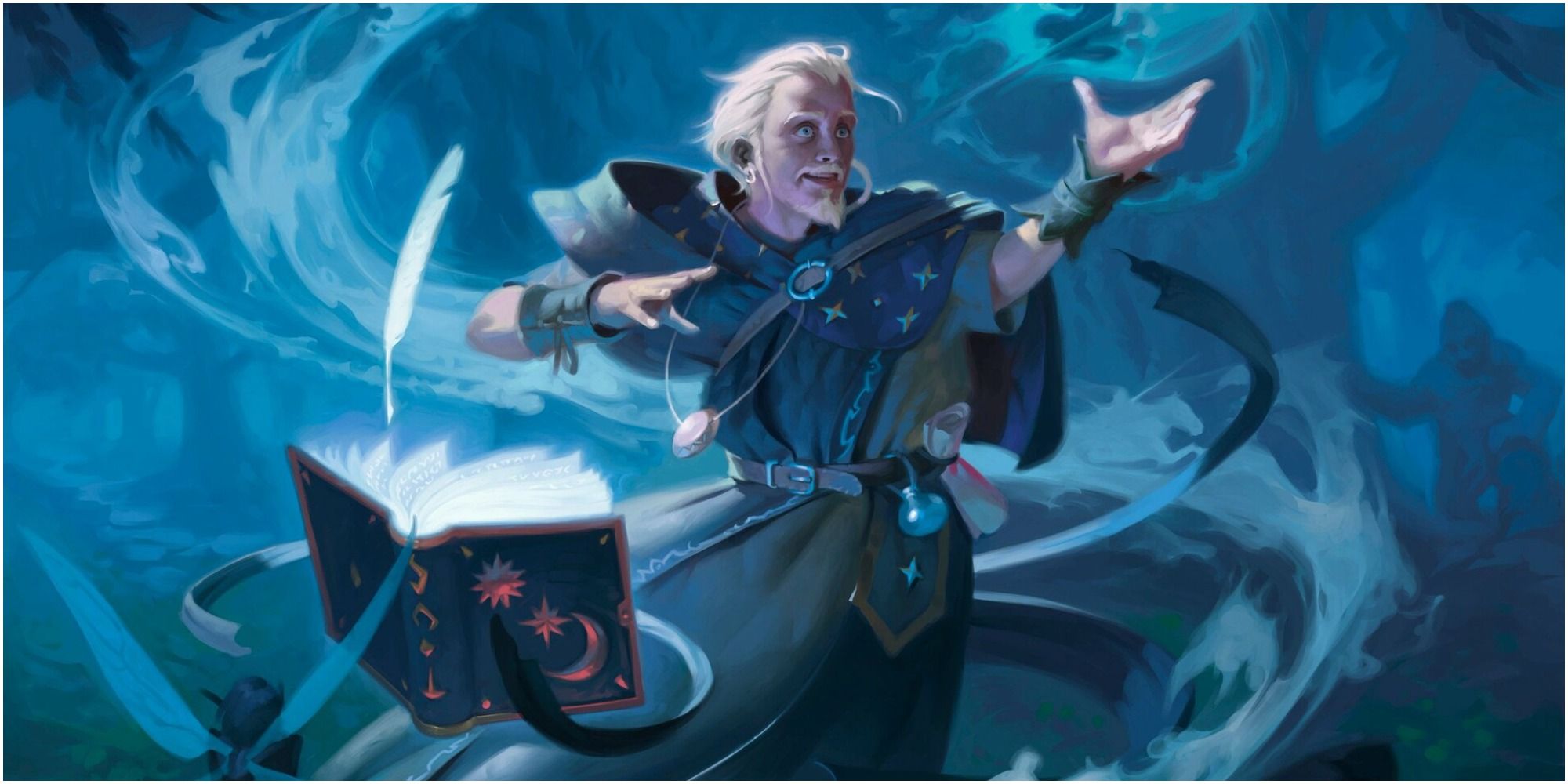 Chulane, Teller of Tales is by and large one of the strongest commanders that the entire Commander format has to offer. While mana ramp and card draw are often considered two of the most essential effects in Commander, Chulane offers both.

A 2/4 with vigilance for five mana, Whenever Chulane's controller casts a creature, they can draw a card and put an additional land from their hand into play. As if this weren't already strong enough, if a Chulane player is running low on gas, Chulane can be tapped for three mana, returning a creature to its owner's hand, allowing its abilities to be triggered again once the returned creature is re-cast.