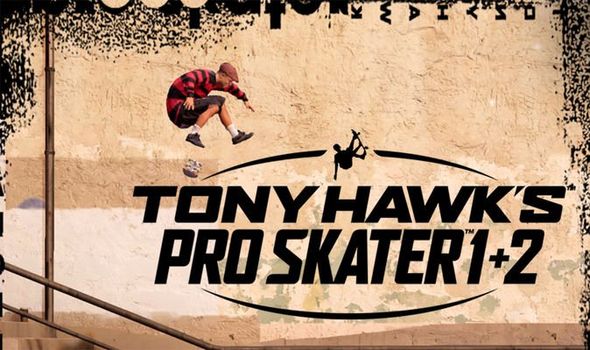 It was recently revealed that Tony Hawk’s Pro Skater 1 and 2 would be released for PS4, Xbox One and PC later this year.

Built from the ground-up, the Tony Hawk remasters have been given a September 4 release date for consoles and Epic Games Store.

Developed by the team behind the Crash Bandicoot N Sane Trilogy, the upcoming release contains all the classic action alongside one or two brand new features.

“Tony Hawk’s Pro Skater 1 and 2 will also include fan-favourite features from games across the entire original franchise, including revert, lip tricks, wall plant and original multiplayer game modes, both online and for local couch play.

“And yes, Create-A-Park and Create-A-Skater modes are back! New to Create-A-Park this time around is a robust editor enabling new ways of customisation.”

The collection will also contain more goals than the original games, as well as improved visuals and new challenges.

To celebrate the announcement of Tony Hawk’s Pro Skater 1 and 2, skating legend Steve Caballero shared his thoughts on the upcoming remakes with Express Online.

In part one of this exclusive look at the new and improved Tony Hawk games, Caballero reveals his favourite level from the original game, the graphical enhancements and more.

What did you think when you found out the game was being remastered?

“I was thrilled to get the call and be told about the new game. Gaming has moved in such a positive direction since the first games came out, in terms of the digital worlds that you can create and the incredible graphics, so I was excited to see where this one could go.”

What has been your most memorable moment whilst working on the remaster?

“Going into Activision to do the motion capture and facial animations, and bringing my own clothes so they could include them in the game was really neat.

“I tried to include colourful items that I’m known for wearing. I enjoyed being part of the creative direction and styling my character, especially with the amazing graphics available now.

“I was doing loads of different facial expressions to make my character authentic and more realistic.”

Having been featured in previous games, what differences have you noticed between then and now?

“I did a lot more with my character development this time around. In the original series, I would just supply three special tricks for the game and sample skate footage to model my character after. I enjoyed this element at the time, as it gave fans new skate content they’d never seen before.

“In the new game, I know they’re revisiting a lot of the same places, but they’ve enhanced the graphics to make them look extremely realistic – almost creepy realistic!

“I also have a son now, so it will be really cool to know he’ll finally be able to play, including as my character! He’s into his video games, so I’m excited for him to start teaching me some tips and tricks.”

If you could replicate any skate park in the world in the Create-A-Park feature, which skate park would it be?

“My original skate park – Winchester skate park in San Jose, California. It was built in late ‘70s and has lots of variety and areas to skate. There wasn’t a lot of street skating, but loads of bowls and washboards, little pools, baby snake run. It’d be awesome to recreate my home park for sure.”

What is your favourite level in the game?

“It’s been a long time since I played the first games, more than 20 years! However, the downhill level was tons of fun – it was like a skate run.”