Home » News » The Worst Food To Eat In The Fallout Series

The Worst Food To Eat In The Fallout Series

I’ve previously written about the most gourmet and delectable food from the irradiated trenches of Fallout—from the mouthwatering mirelurk cakes to the extremely gamey bear steaks called yao guai roast. But just as there are delicious ones, there’s also food that’s crafted purely to ensure survival, and these would be some of the more unappetizing meals that would be nearly impossible to digest—and perhaps even more difficult to forget their lingering taste on your tongue.

For this list, I won’t be including clearly spoiled and deeply inedible food like mouldy food, stinky meat platter and irradiated packaged food, because it doesn’t take a food scientist to know that eating these will immediately land you in the hospital. With that in mind, here are some Fallout food that I would most probably avoid like the plague:

Small dusty box of some sort 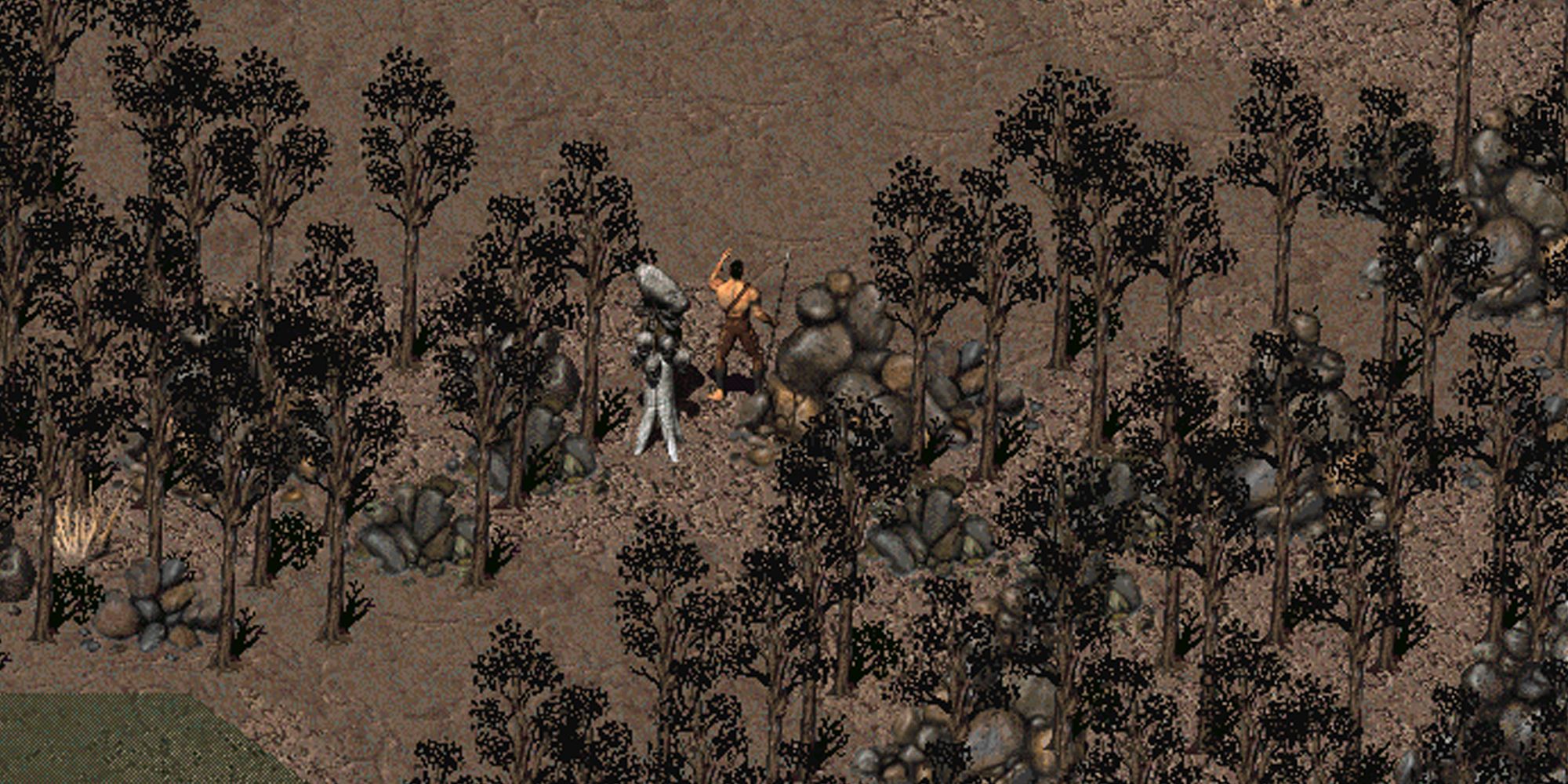 This is a largely unidentified object that you’re able to find in Fallout and Fallout 2. Technically a television dinner made from pre-war days, the fact that these are now called “small dusty box of some sort” does not inspire confidence. Was it even edible in the first place? Who knows? The thing about squirrel-on-a-stick and its variants is that they are supposedly made out of squirrel, and these food items can be found anywhere; open any drawers, boxes or chests in Fallout 3, Fallout: New Vegas, and Fallout 4, and these can probably be found at some dusty corner. But their ubiquity is particularly concerning when actual, living squirrels cannot actually be found in these games. If so, where do these dishes come from then? What truly is squirrel-in-a-stick made out of? In a universe where the ingredients of most dishes are clearly labelled as such—it’s no surprise what mole rat stew is made out of, for instance—the true origins of these squirrel dishes is extremely concerning. These are akin to military rations, which will give you only the essential nutrients that would satisfy your daily nutritional requirements. Portions are exactly and fastidiously measured, as well as packaged into sterile white boxes, printed with the Institute’s symbol. They are very healthy, and therefore probably very boring to eat. 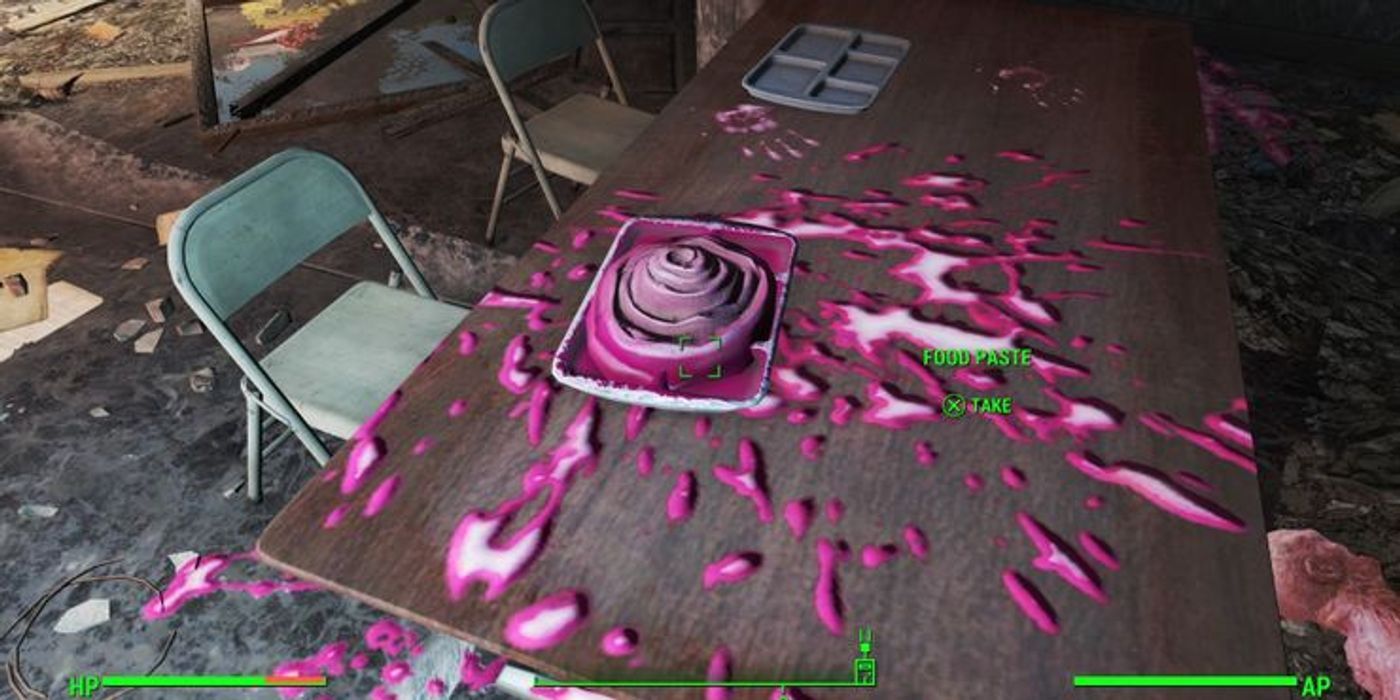 These are pre-war food substitutes that were supposed to be fed to school children as part of a program called the Nutritional Alternative Paste Program (NAPP). Like the Institute food packet, the food paste was supposed to be nutrient rich, but they look pretty unappetising. They appear as bright pink blobs dispensed from copper taps, tossed carelessly onto cafeteria trays and, after the Great War, were found and eaten by feral ghouls in the vicinity, which would also give them a strangely pink complexion. Raiders who have transformed the Suffolk County Charter School in Fallout 4 into their own base have also said that “the stuff tastes great”, but I’d rather eat a bloatfly. I have a cat at home. I can’t imagine eating this (but I give Mr Kibbles permission to eat me if I were to die from radiation poisoning). 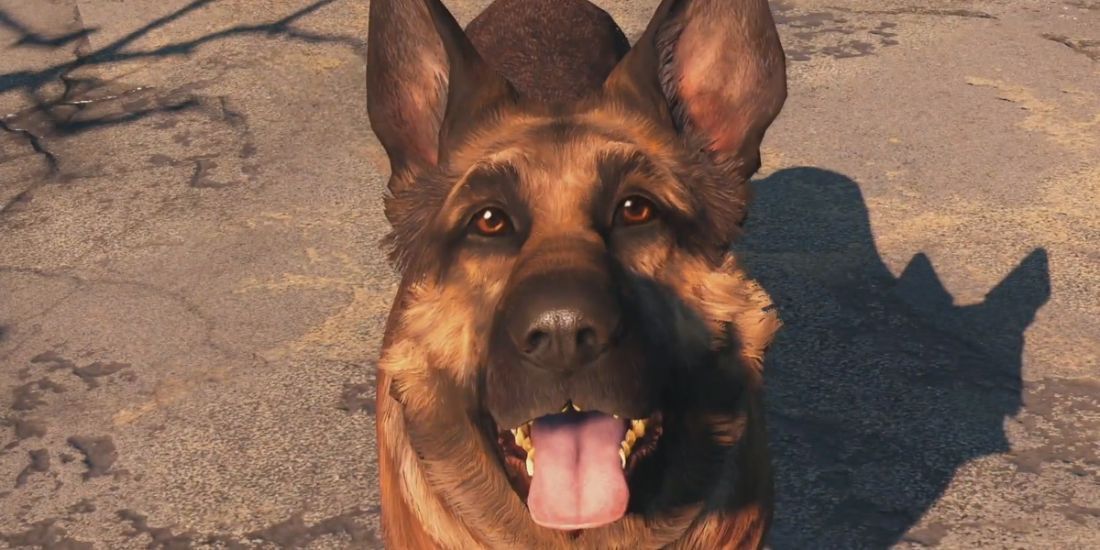 I am friends with many dogs in real life. All of them are adorable. Plus, eating this reminds me of the best boy in Fallout’s post-apocalyptic wasteland, Dogmeat, who absolutely should not be chopped up and turned into a dish. 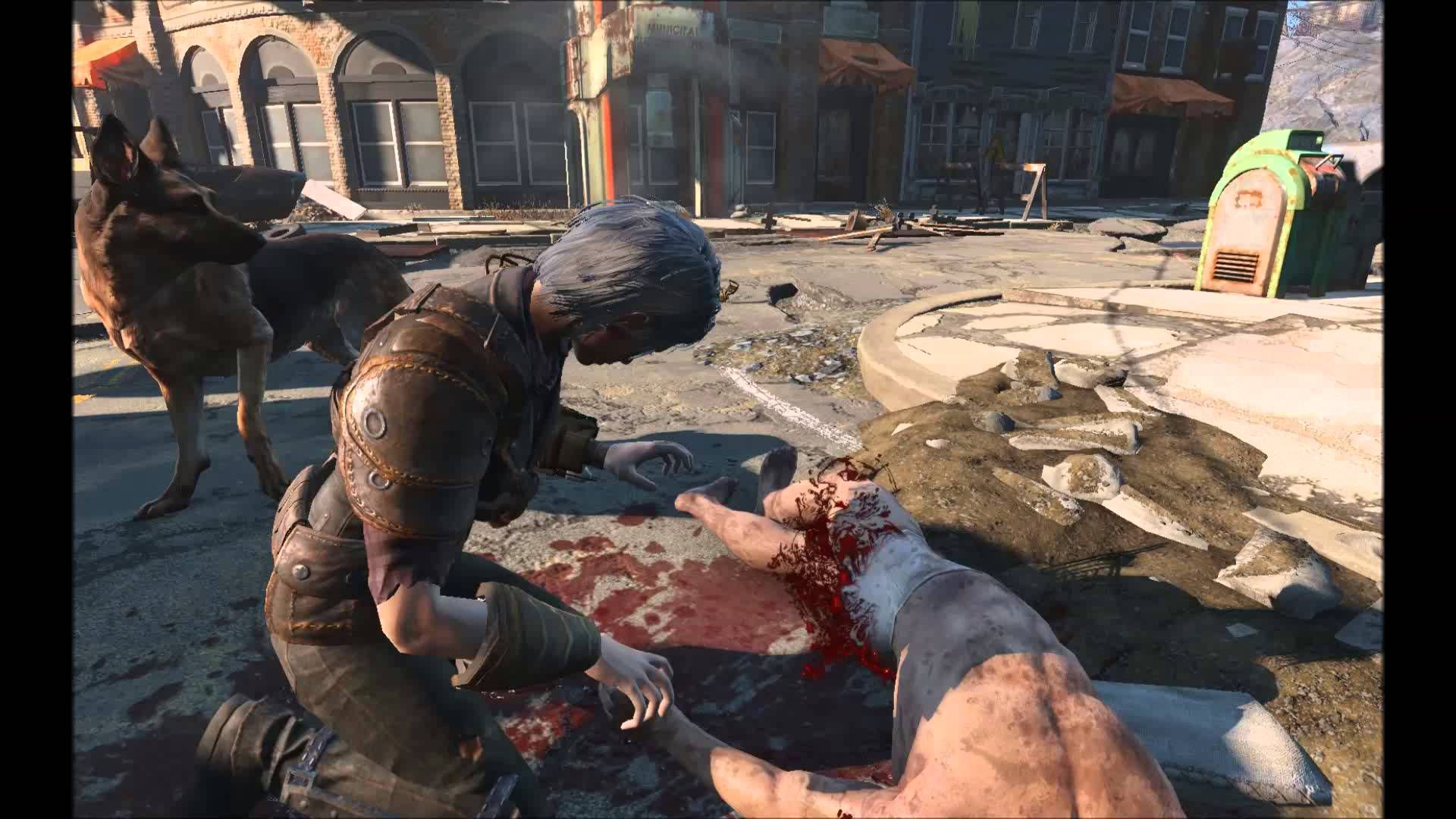 Strange meat in the Fallout universe is human flesh, which means that strange meat pie is grounded human meat that’s made into a pie. Some people have a hankering for these, but I’m not ready to be a cannibal yet. Slop, in real life, is a thin, tasteless waste food typically fed to pigs and farm animals. In Fallout 3, it’s food fed to the slaves in The Pitt, which is a dish whipped up by the resident Pitt slave chef, Kai. It’s made out of leftover bits of trog meat, and mixed with radiated water from the local rivers. If you’re not sure what trogs are, they are mutated humans who had been infected with a degenerative disease known as the Troglodyte Degeneration Contagion, and is native to The Pitt. In short, this essentially makes anyone who eats these slop cannibals. These are foods from extraterrestrial origins. They look kinda funky and undercooked, and may very well still be alive on the plate. I’ll sit this one out.