Home » News » The Witcher 3: How To Get Every Trophy And Achievement

The Witcher 3: How To Get Every Trophy And Achievement

Gathering all of the various trophies and achievements in The Witcher 3 is more tedious than it is difficult. While players may have to finish the game twice (at least once on Death March), the most difficult parts of winning every trophy will realistically only be when gathering those pesky Gwent challenges and maybe some of the more combat-specific ones. Completing the game, whether it be on Death March or Just the Story, is really more laborious than anything else, which is actually a good thing. This is why players need to make gathering every possible achievement on their first playthrough a top priority, as the second (a New Game+, which we will get into) will be quicker and less time-consuming.

First order of business for all Witcher 3 trophy hunters: save, save, save! It cannot be said enough, but saving as often as possible and in multiple slots will alleviate a great deal of tension and will also help later down the line. Second rule of thumb: make a habit of leveling up and accumulating as many crowns as possible early on (especially when playing on the hardest difficulty). Side quests and Witcher contracts are there for a reason, plus most of them necessitate completion to receive all of the trophies/achievements anyway, so might as well bang them out as early as is possible.

With those first few Witcher tips now out of the way, let’s dive right into the world of the Continent and begin our contract on that shiny platinum trophy. 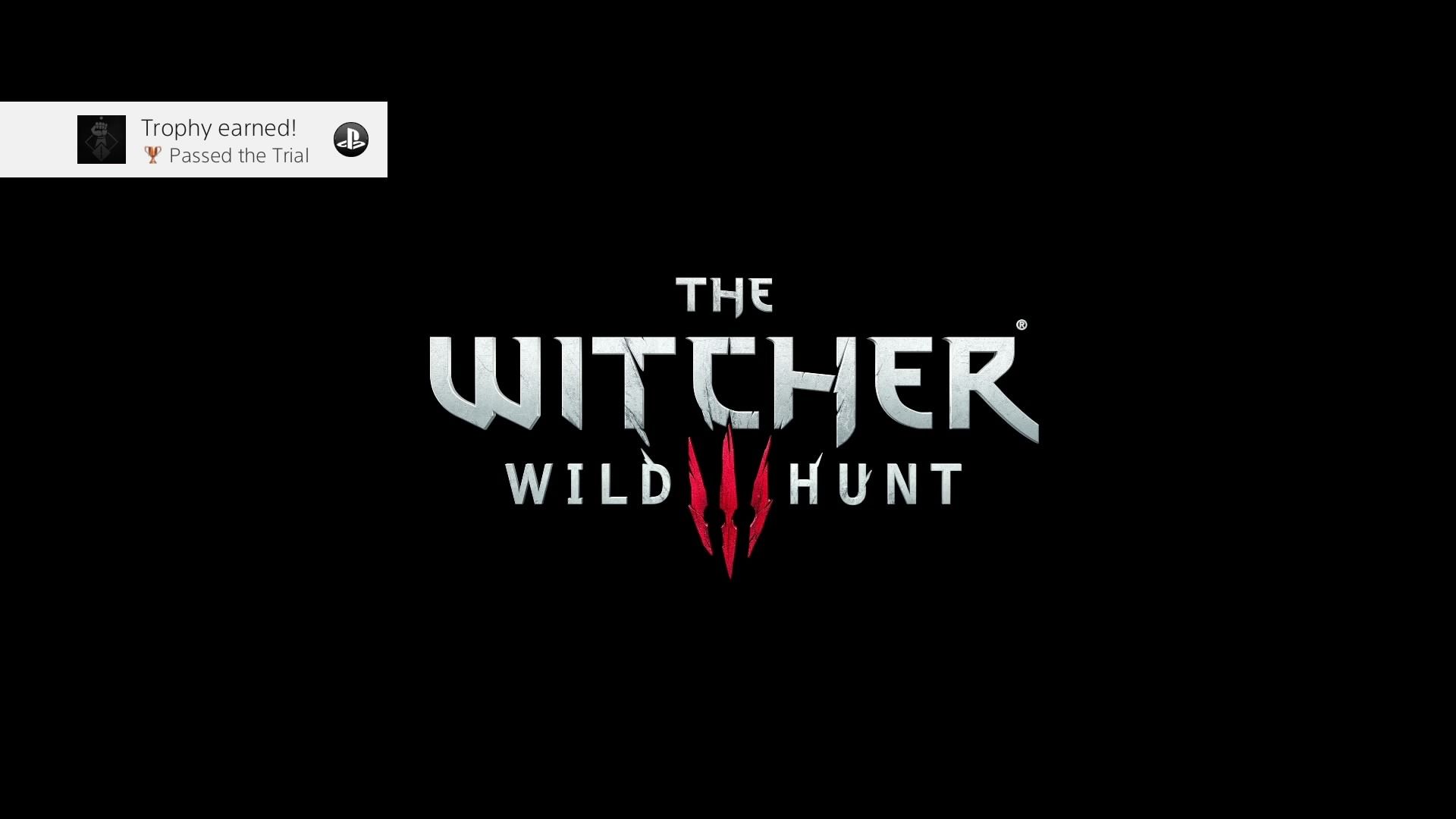 While PSNProfiles tells players to complete their first playthrough on Death March, we at TheGamer beg to disagree. Especially if one is brand new to the Witcher and knows next to nothing about the mechanics, how to meditate, or even what to look for in-game (like bread, potions, and other alchemical items) they’re just going to be left in the dust. When playing on Death March, not only do enemies have 230% more damage (on top of 80% more vitality) but Geralt can’t even replenish health from meditating. Simply put, playing on Death March is an eye-gouger and a hair-ripper of an experience best saved for New Game+. Play on any difficulty you prefer, but the wiser option is to save Ran the Gauntlet and Walked the Path until after having already beaten the game.

We’ll dive into those achievements later, but for now, let’s first tackle those story achievements and all other side-quest options. Don’t just run through the story like a mad witcher and forget about all of those other random quests, because once players leave for the Isle of the Mists, much of the tournament-styled options will be effectively voided out. For instance, both Horse Races and Fist Fights need to be 100% completed before heading into the endgame or else specific missions tied to those quests will be lost. Gwent, on the other hand, is in its own category, so don’t worry about that for now. The main ones to look out for in this step are the eight story-related trophies, such as Necromancer, Lilac and Gooseberries, and Xenonaut, as well as the four under Fist Fights and Horse Races. There are also four separate awards that deal with side-quests: Kingmaker, Assassin of Kings, Friends with Benefits, and Full Crew. Make sure to finish them all before the Isle of the Mists and do not kill Keira Metz. 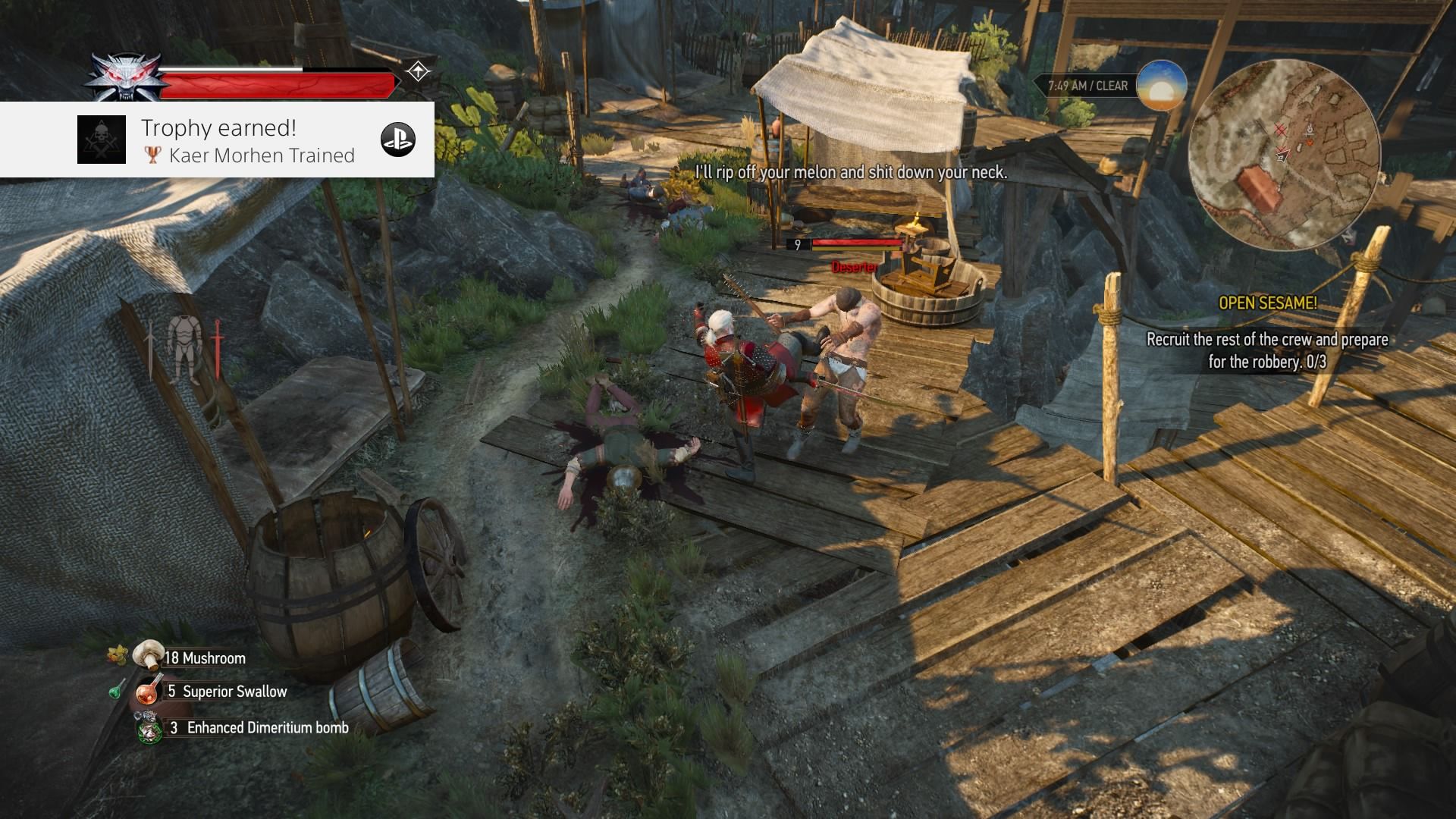 Step 2: The Misc And Contracts Step

This is by far the most enjoyable part of running through all of The Witcher 3 trophies. Once the narrative has effectively been completed, minus the awesome DLC (we’ll save all of that for later), next players will have to accomplish a bunch of tedious and otherwise time-consuming “gauntlets,” such as 50 headshots with a crossbow (Master Marksman), 5 kills in under 10 seconds (Butcher of Blaviken), and 10 counterattacks performed without getting hit or parrying (Kaer Morhen Trained). Some of these may have already been achieved simply by playing through the story, but definitely not all of them, so it’s a good habit to keep an eye on them while taking literally forever to find Ciri.

Next are the Witcher contracts. It’s probably best to bang out Even Odds (kill 2 contract monsters without using Signs, potions, mutagens, oils, or bombs) early on with the first two available contracts. This way the monsters are vastly low-level and easier to kill, in addition to the fact that mutagens won’t be a huge necessity. Some of the contracts even dole out an achievement for their completion, yet are required to be finished in a specific way, such as both Woodland Spirit and Fearless Vampire Slayer. It’s also recommended to save some of them for after beating the game, unless playing on Death March, as they can be extremely hard even when at a higher level and don’t void out when visiting the Isle of the Mists. 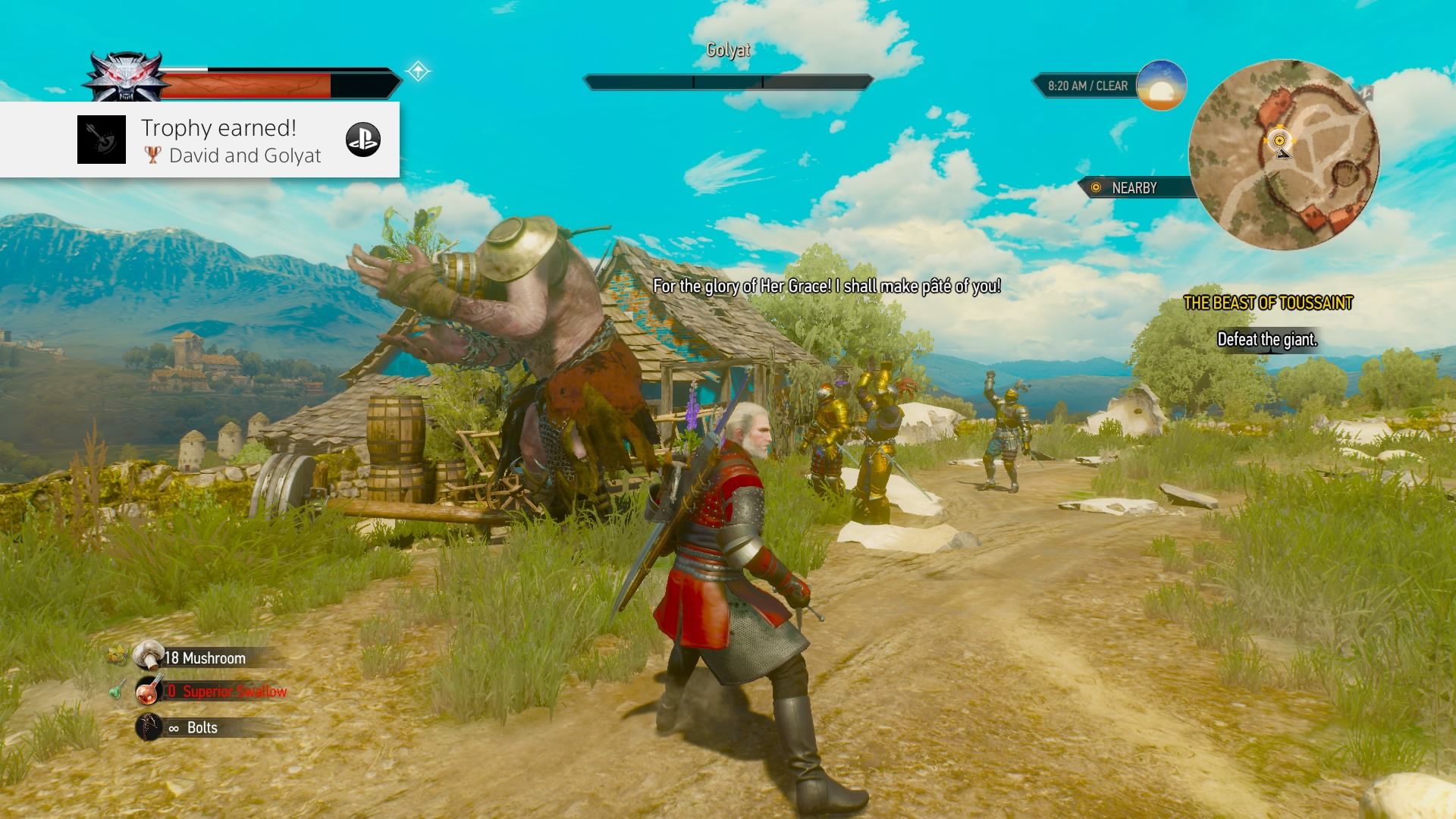 Lastly, bang out all of the DLC awards, like Return to Sender (kill 3 enemies with their own arrows), Moo-rderer (kill 20 cows), and Hasta la Vista (kill a frozen opponent with a crossbow bolt). A great deal of the story-related DLC achievements can be missed, such as David and Golyat, which happens at the literal start of Blood and Wine, Shopaholic and A Knight to Remember, so make sure to pay close attention to how you finish certain story-related missions. There are also two separate achievements that correspond to the two different conclusions of Blood and Wine, those being Last Action Hero and King of the Clink. This is where saving comes into play and is made exponentially more important.

After all of the DLC trophies have been gathered, realistically all that should be left are both Run the Gauntlet and Death March, as well as the Gwent-specific ones. Now it’s time for New Game+ and to experience The Witcher 3 how it was meant to be played. Playing through the game with all of the acquired gear from the DLC makes it far simpler, even more so when stocked up on Alcohest and Superior Swallow. Since the overall difficulty of the game doesn’t affect Gwent at all, it’s best to save them for when there are much fewer other concerns, as gathering all of the Gwent cards and beating specific opponents can get a bit cumbersome and overwhelming on the first playthrough.

Once all of the Gwent trophies have been attained and the story has been beaten for a second time on Death March, you will be entered into a club of simultaneously satisfied and empty individuals who know all too well the trials and tribulations associated with collecting every last one of these things. You’re a Witcher professional, wear it proudly and pray a much-needed coin will be tossed your way.