Home » News » The Most iconic Locations In Mario Games

The Most iconic Locations In Mario Games

The Super Mario video game series is massive. Its popularity and impact on modern gaming cannot be understated, and whether you're five years old or fifty years old, the series has probably left some sort of mark on you throughout the years.

The Mario games are always bursting with imaginative, creative, and innovative worlds and locations. Sometimes, its nostalgia that makes them so special, but there's no denying that a number of stunning locations exist in the Mario universe. Here are some of the most memorable and iconic ones. 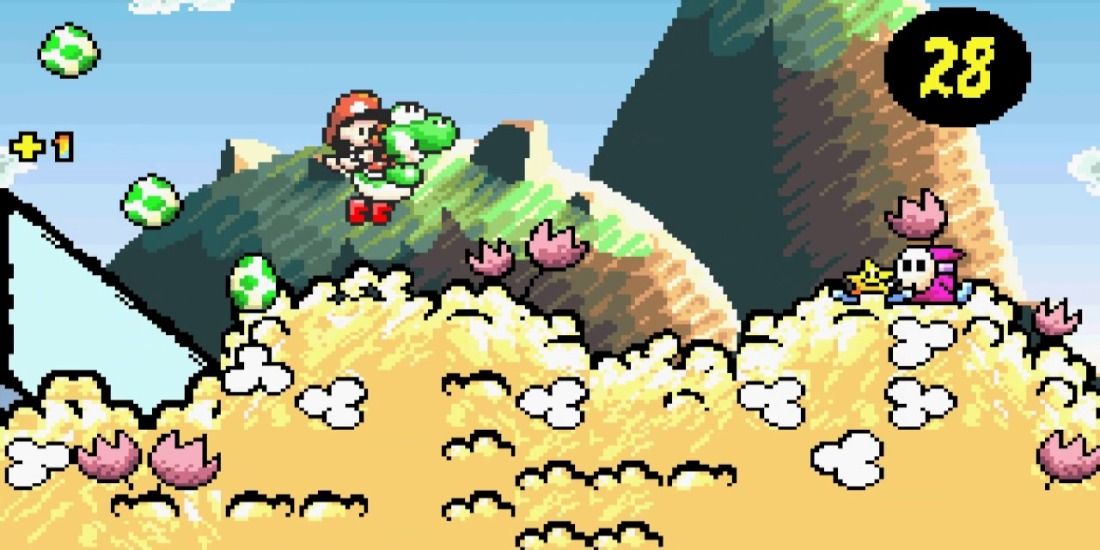 The island that the titular game was named after, Yoshi's Island is where Baby Mario ends up and has his fateful meeting with Yoshi. A lot of the stages in the Yoshi's Island games take place here.

There's more to Yoshi's Island than just that, however. Yoshi's Island is also a featured location in the Super Smash Bros. games. The stages have changed a bit over the years, but the iconic location persists. 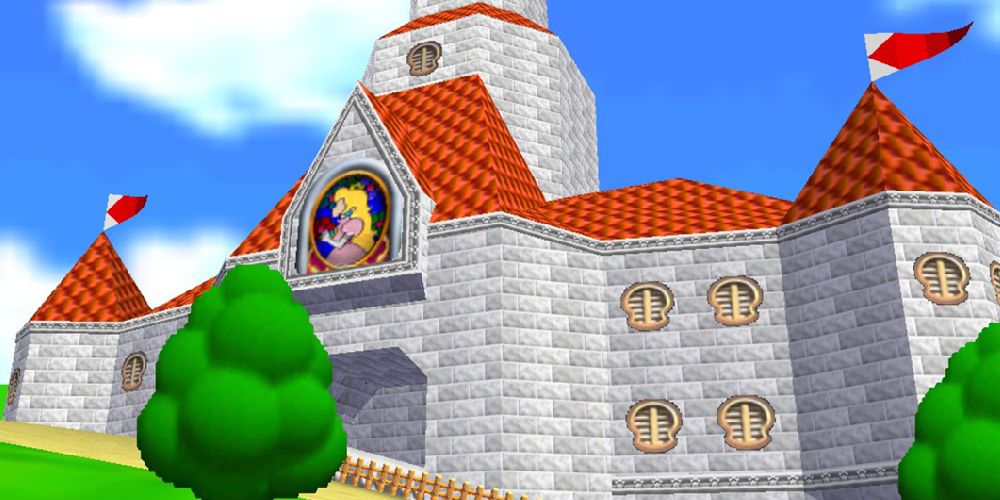 Princess Peach's Castle usually plays a minor but crucial role almost every Mario game. However, one of the most iconic iterations of the castle would have to be the Super Mario 64 version.

In Super Mario 64, Princess Peach's Castle serves as a hub location. It's where you spend a lot of time, as you use the castle to get to other levels and locations in the game. The atmosphere is what makes it feel so much like a second home, and makes it so memorable. 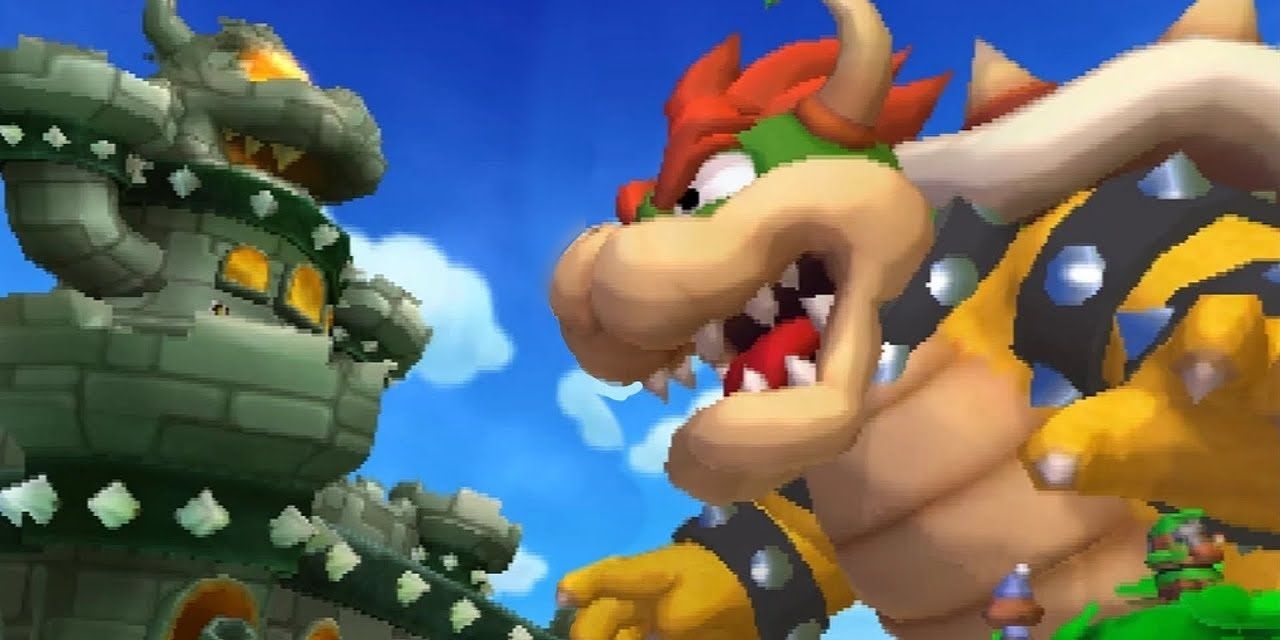 Serving as a sort of antithesis to Princess Peach's Castle, Bowser's Castle is usually the final destination in the Mario games, filled with the biggest challenges.

There's a version of Bowser's Castle in almost every Mario game too, including the Mario Kart series, where it's tradition to have a track based on the castle. Each castle varies, but the theme stays the same: Bowser's there, and Mario needs to stop him. No matter which Mario games you've played, you probably have some image of Bowser's Castle ingrained in your memory. 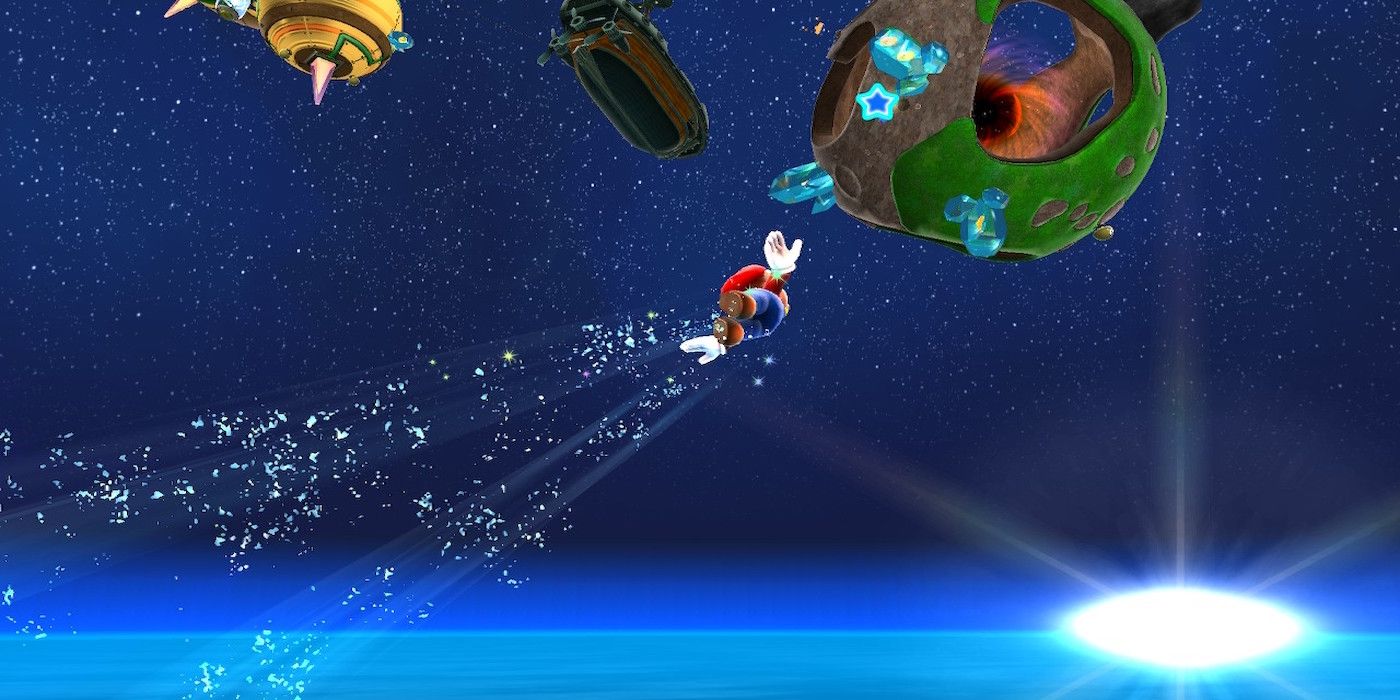 One of the more recent additions on this list, the Comet Observatory is the hub world in Super Mario Galaxy. Rosalina oversees the observatory, along with her many Lumas.

What makes Comet Observatory so special is how magical it feels every time you step into it. Exploring it feels like a joy, almost as though it's a Super Mario level of its own instead of a hub world. The sweeping soundtrack and vast expanse of space perfectly punctuate the scene, and as you progress through the game, the Observatory comes more and more to life. Soon enough, it feels like home. 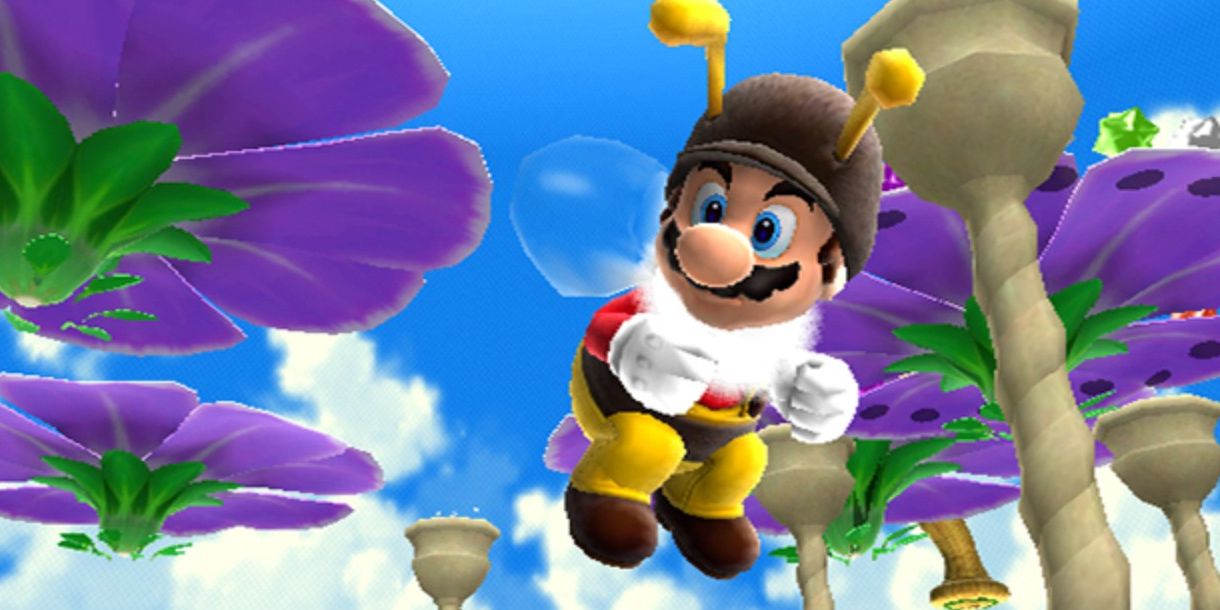 Another location from Super Mario Galaxy, Honeyhive Galaxy is one of the first worlds you can visit in the game. It's a creative and fun location and it has the perfect combination of gameplay and aesthetic elements that make it iconic and wondrous.

Since it's one of the first galaxies you get to explore, it's not particularly challenging or hostile. Instead, it introduces you to the Bee Mario power up and lets you buzz around and speak to the bees. It perfectly captures the sense of wonder that makes Mario games so special. 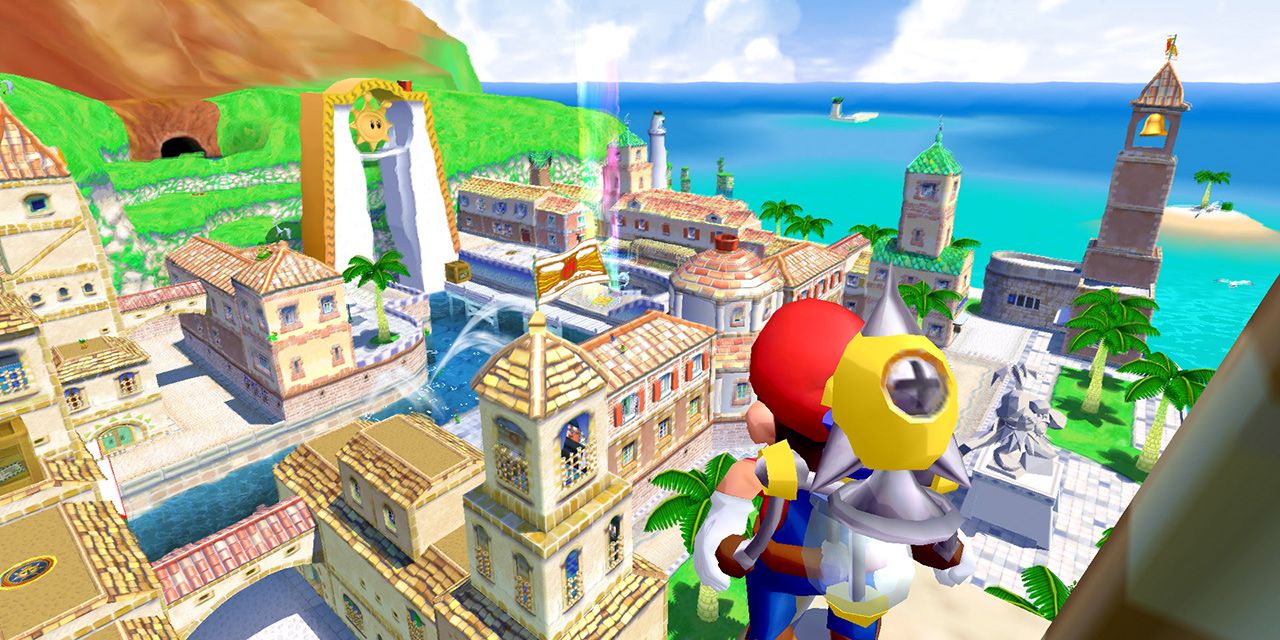 If you've played Super Mario Sunshine, then you know about Delfino Plaza. This sunny hub world is unique, instilling a sense of wonder from when you first set foot into the plaza. It's a feeling you don't ever forget.

Delfino Plaza is iconic for a lot of reasons. For starters, it's the largest area in Super Mario Sunshine. There's a lot going on in Delfino Plaza and there's so much to explore. You can tell how much love, care, and attention to detail was put into sculpting this location. 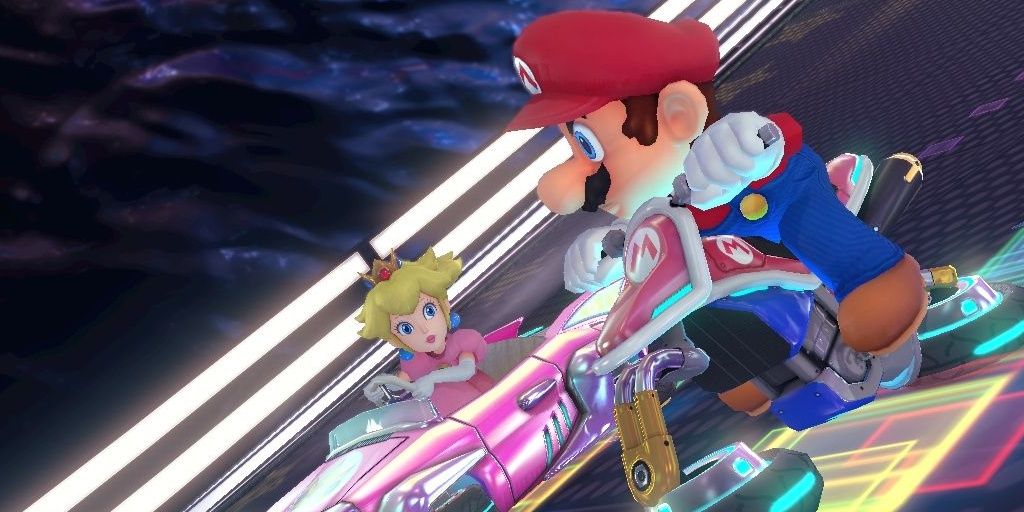 If you've played any Mario Kart game at all, then you know about Rainbow Road. However, what makes Rainbow Road great isn't just that it exists in every Mario Kart title.. Each Rainbow Road course is different, while the theme and location stays vaguely the same, letting them all exist as one location, in a way.

The Rainbow Road stages are well known for being the climactic tracks in each Mario Kart game. Each one is fun, challenging, and spectacular, taking place among the stars and galaxies. After Rosalina's introduction in Super Mario Galaxy, Rainbow Road tracks feel even more familiar, since you're out there racing in space, but you're not alone. 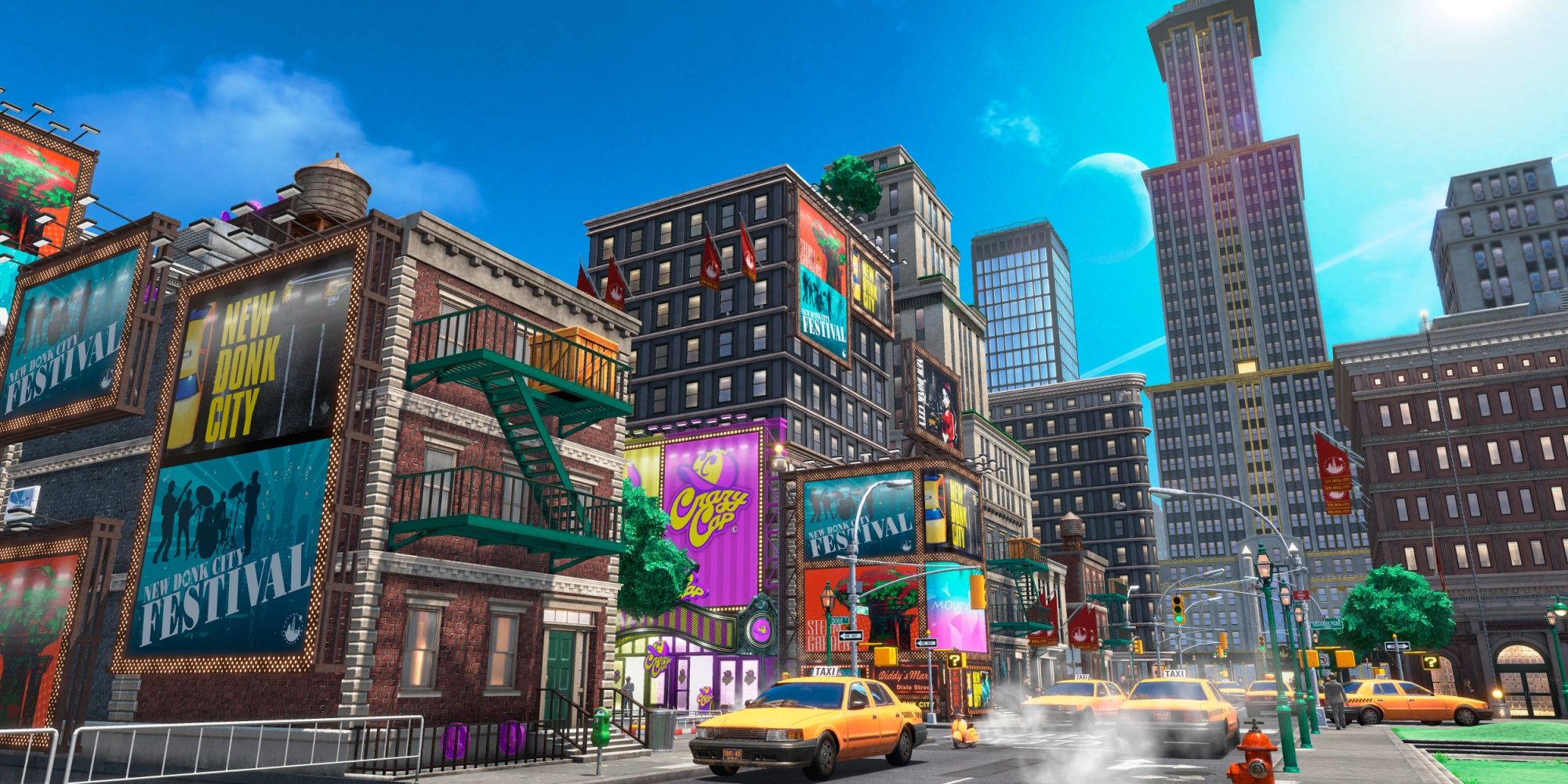 One of the highlights of the latest 3D Super Mario game, Super Mario Odyssey's New Donk City is iconic, fresh, heartwarming, and unique. Based on the real world New York City, New Donk City is teeming with all sorts of life and is full of secrets to discover and locations to explore.

Adding to it all is the mayor of New Donk City, who is none other than Pauline herself. Pauline was the character that Mario saved in the original Donkey Kong game. All of New Donk City feels like a callback to the game that started it all, and seeing how far Mario has come makes this city truly one of the most iconic locations in all of Super Mario.