You've already solved one murder in The Centennial Case: A Shijima Story, and while you might have thought your next task would be focusing on the recent poisoning, you'd be wrong. In Chapter Two, The Elusive Path of Logic, it turns out you've got another body on your hands and this time it's very much in the present day.

It's time to get your sleuthing skills in check, we've got a new mystery to solve. You should be fairly used to what's expected of you by this point, after the Incident Phase, you'll be thrown into the Reasoning Phase where you have to pair clues with mysteries. We have each one listed right here.

Warning — there are spoilers for both the plot and murder contained within this guide!

There are numerous times when you will be prompted to answer questions in the Incident Phase, but these have no impact on the storyline, so we have not listed them in this guide.

How To Solve Nishimari's Murder 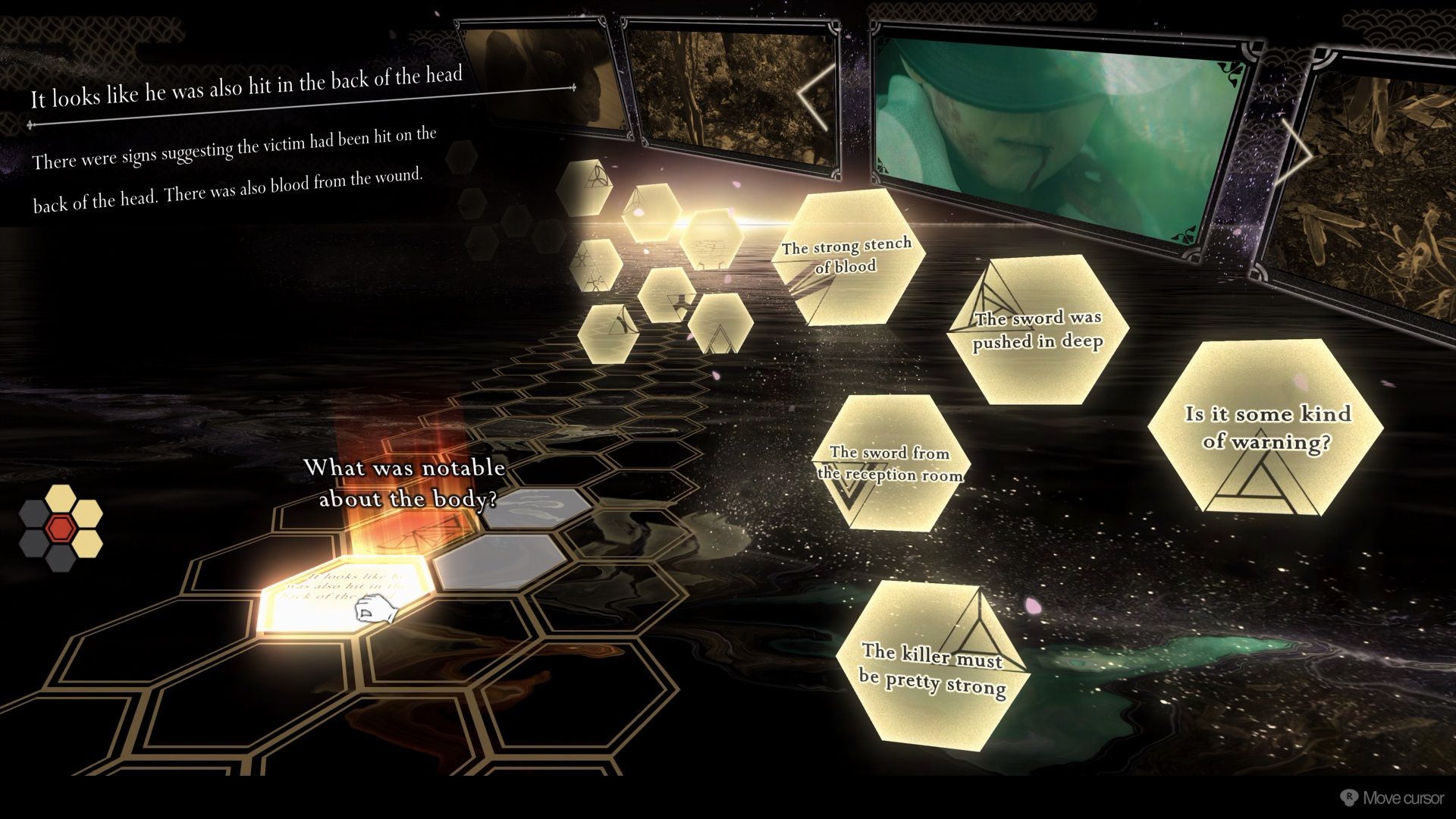 As before, you will need to match hexagonal clue tiles to the red hexagonal mystery tiles to come up with different hypotheses. Of course, not all hypotheses can be correct and some will outright contradict one another. It's up to you to work out what actually happened. Below you'll find each mystery in order with an explanation of which clues to pair to it.

You don't have to complete each mystery if you don't want to, once you have completed enough, the purple 'Reasoning' tile appears, and you can move on to the next phase.

What Was Notable About The Body?

Any Hints That Point To The Scene Of The Crime?

Why Was The Victim Killed?

What Did The Killer Want Us To Focus On?

How Did The Killer Push The Sword Into The Tree?

What Did The Killer Use For The Murder?

Was Something In The Plastic Water Can?

Was The Murder Committed By Someone Strong?

Is There Proof Kazunaga Didn't Leave The House?

Is There A Chance Someone Physically Weak Did It?

What Caused The Strange Sound?

Once you complete the Reasoning Phase, the Summary of the Solution Phase begins. You do not have to go through all of the summaries, you can simply move on to unmasking the murderer after you go through one set of questions.

How To Identify Nishimari's Killer

It's time to name the murderer, but this time the game introduces you to the fact that sometimes the accused will challenge your explanation. You'll have to counter their points to convince everyone that they're guilty. Just like last time, if you make a mistake, you can simply retry it – but you will lose some points in your final score.

We have the correct answers listed in order right here:

Further questions/answers have no impact, so choose whichever you like.

Why Isn't Yayoi The [Scarlet Camellia]? 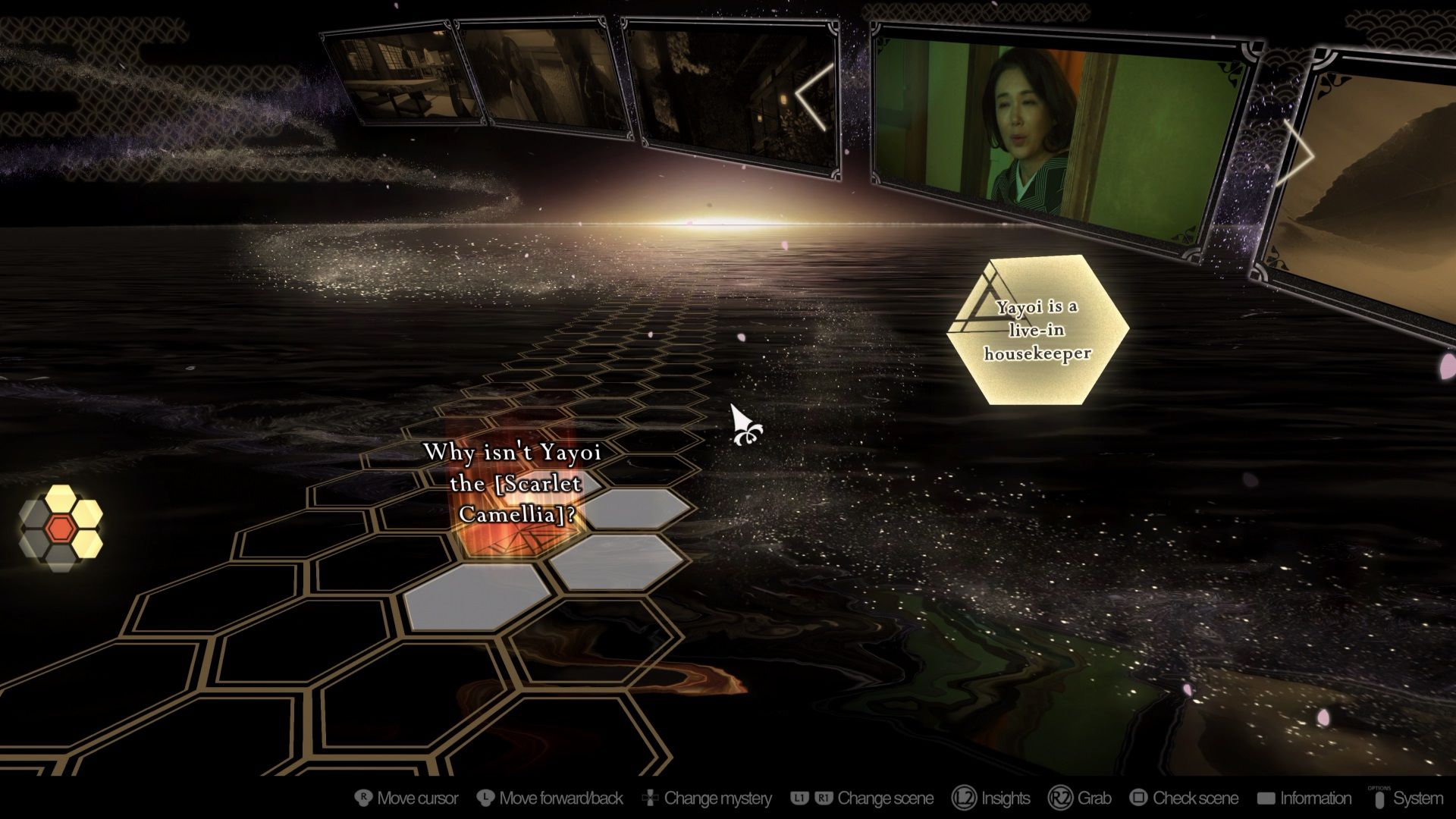