Home » News » The Boss Of EVE Online Talks The Metaverse, Surviving The Pandemic, And Creating A New Generation Of Space Pilots

The Boss Of EVE Online Talks The Metaverse, Surviving The Pandemic, And Creating A New Generation Of Space Pilots

Hilmar Veigar Pétursson is the CEO of EVE Online developer CCP Games, and has been there from the very beginning. He started out coding the long-running space MMO; now he focuses on running the company and overseeing projects including its latest venture into the FPS genre. I sat down with Pétursson at this year's EVE Fanfest to talk about, among other things, how the pandemic impacted the game, the never-ending quest to attract new players, and how EVE was doing 'the metaverse' years before it became a buzzword.

"China was a kind of canary in the coal mine for us," he says when I ask about how the pandemic affected CCP. "We have an office in Shanghai, so we had a preview of what was to come, and had time to prepare here in Iceland. This is probably gonna come our way, we thought, so let's get ready. We purchased computers for everyone to have a double setup at home and at the office. So when it came time for us to leave our offices in London and Reykjavik, it was a smooth transition."

"There was a unifying element to it," he says. "We did yoga and quizzes over Zoom and almost had fun with it. But then the drudgery started to set in. Sitting alone at home is not a great way to do creative work. There's no serendipity at the coffee machine, no being inspired by overhearing conversations and butting in. These random things often lead to the greatest moments in making a video game." 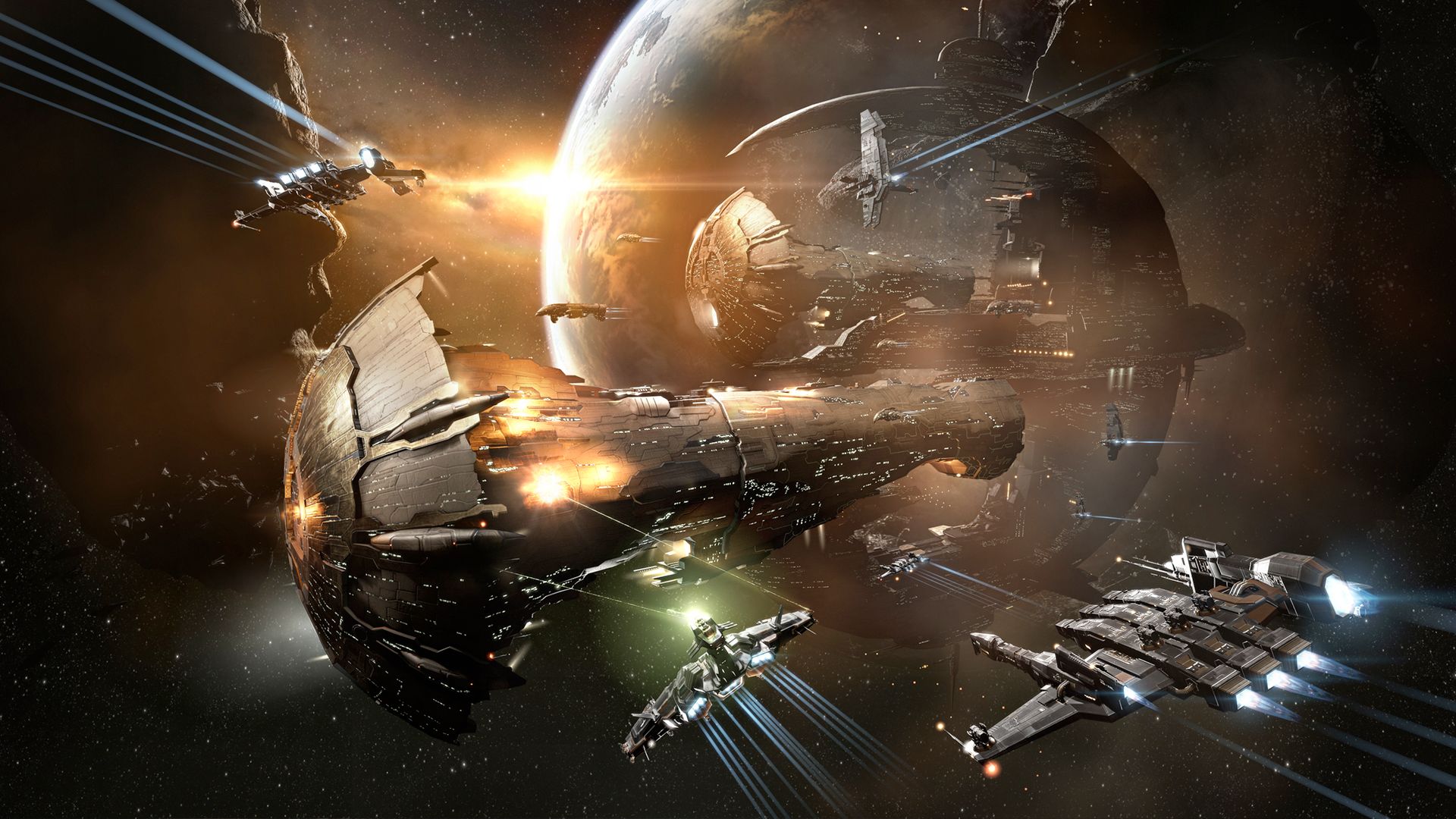 "In 2021 we had all these false starts. Everything is opening up, now it's closed, now it's open again. That was really tiring. So now, this year, I'm personally very ready to be in an office working with people. Having everyone here at Fanfest—players, partners, press—is a very vibrant experience. It reminds you that even if the other way of life can be tolerable, it's not how humans are built to cooperate."

I ask Pétursson if a lot more people being stuck at home, with more free time than usual, translated to more capsuleers flooding into New Eden, EVE Online's far future sci-fi setting. "A lot of people came to EVE for the first time, and a lot of people came back to connect with friends," he says. "People could escape into EVE Online, to another world that's very different from the one they were dealing with at the time."

Pétursson tells me that EVE saw 30% more new players and account reactivations than usual during the first lockdown. EVE has been around for 19+ years (it celebrates its 20th anniversary in May), and it's one of the richest, most immersive, most player-driven persistent virtual worlds ever made. It's a metaverse basically: the kind that people talk about now as if it's an exciting new concept. I ask Pétursson what he thinks about the rise in interest in connected virtual worlds. 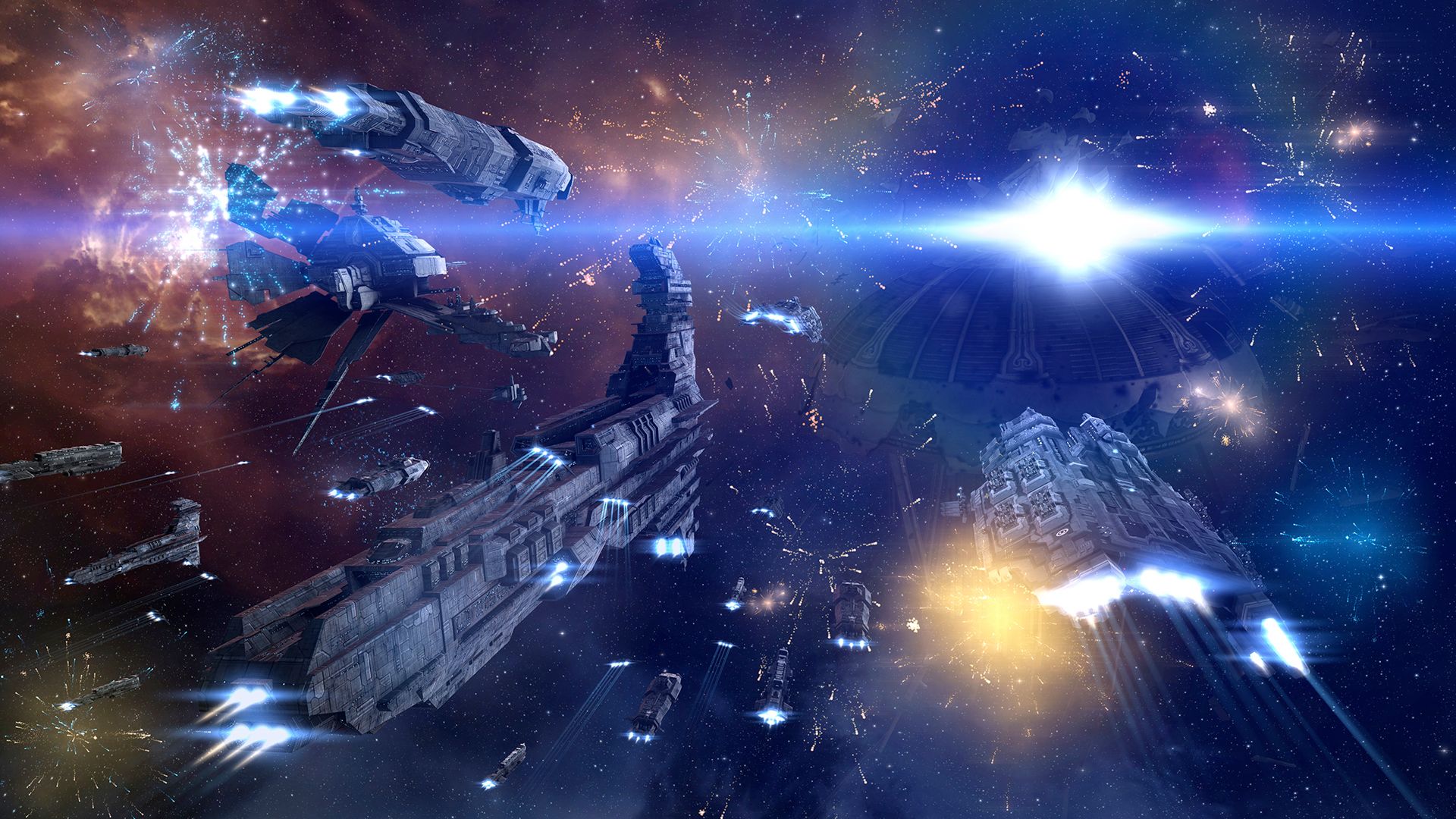 "I started my career making a metaverse," he says. "In 1996, I joined a company in Iceland called OZ, and we were making a browser with avatars and social features. We had customisable characters, voice over IP, dancing, space stations, and god knows what. But then we found out that nobody needed it. We were years too early."

Pétursson compares current attempts to establish 'the metaverse' to esports. "Esports is something that emerges from a game, but trying to make an esports game doesn't seem to work. I think these deliberate, specific attempts to try and make a metaverse from the top down largely won't work. People just won't care. EVE Online competes with Ready Player One and Snow Crash. In these stories people live their lives in these worlds every day, and EVE players do too."

A major concern for any MMO is attracting new players, and this is something CCP is always investing in. "For EVE to grow for decades to come, you need to be constantly adding new people to it," says Pétursson. "Humans don't live forever, so at some point the player base is just gonna age out. If you want to go on for centuries you need a plan to get new players into school, university, then the job market." 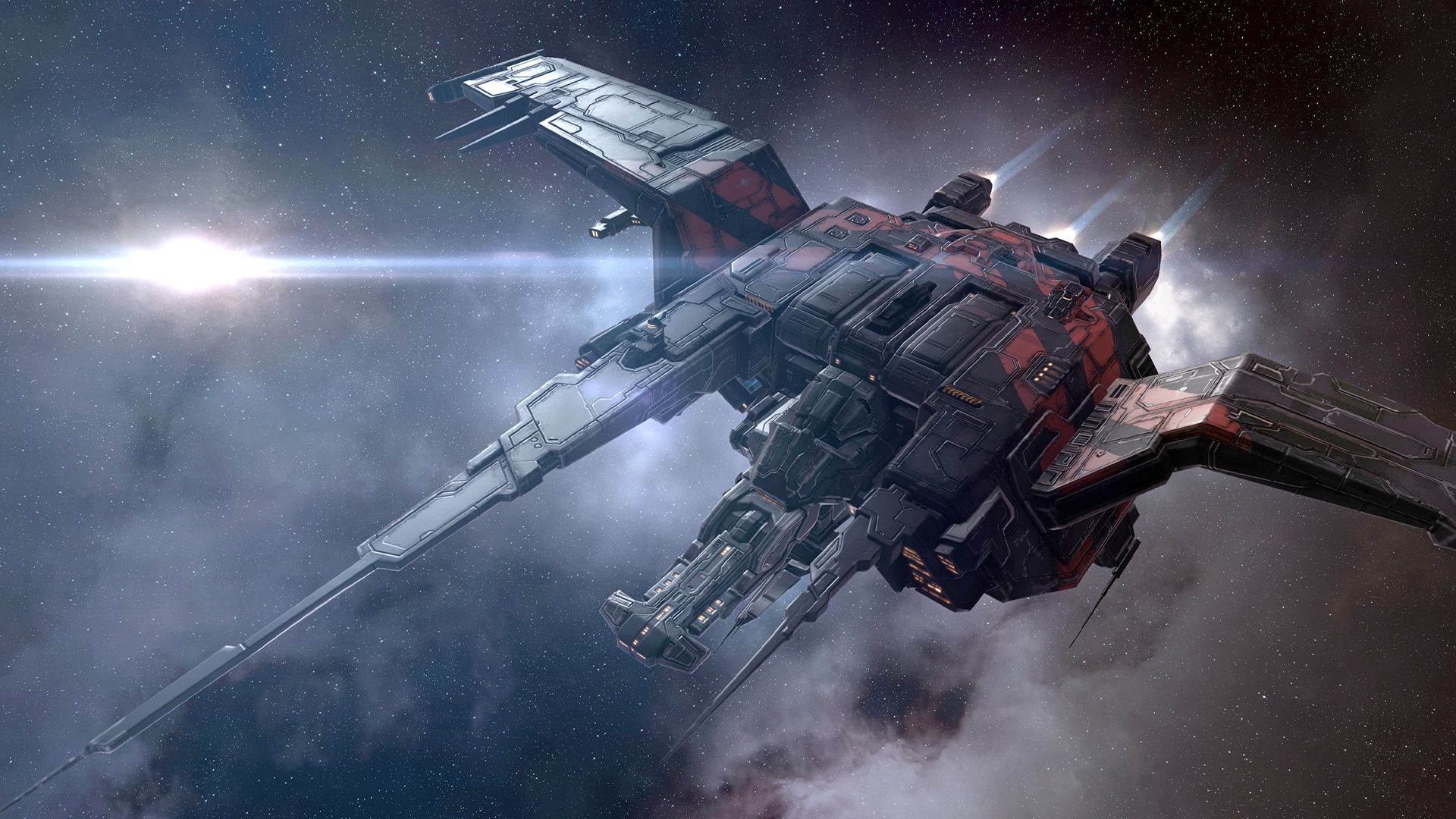 "It sounds counter-intuitive, but EVE is harder to get into now than it was 20 years ago. It's so much bigger. You now have to pick from 300 spaceships instead of 30 spaceships. The social dynamics are more complicated. It's confusingly big, so we have to try even harder to help people get into it. It could even be the biggest game ever made, so we just have to do a better job of onboarding people."

In a first for EVE, CCP recently collaborated with the BBC to bring Doctor Who into New Eden. "It was an experiment in finding new ways to reach out to a different audience in a different way," says Pétursson. "An IP collaboration is a very metaverse thing when you think about it, although it wasn't done specifically because of that. It was about reaching out to an adjacent audience with a message that would resonate with them, and see if it would lure them in. It worked well. I think there are a lot of Doctor Who fans in EVE too."

Years ago, Pétursson was very hands-on when it came to the design of EVE Online. These days, however, his role has changed significantly. "Gone are the days where I'd program features into EVE Online, which was my job 20 years ago," he says. "Not even the higher level design stuff I was doing 15 years ago, like the PLEX system and the market system, which are some of the things I added to EVE." 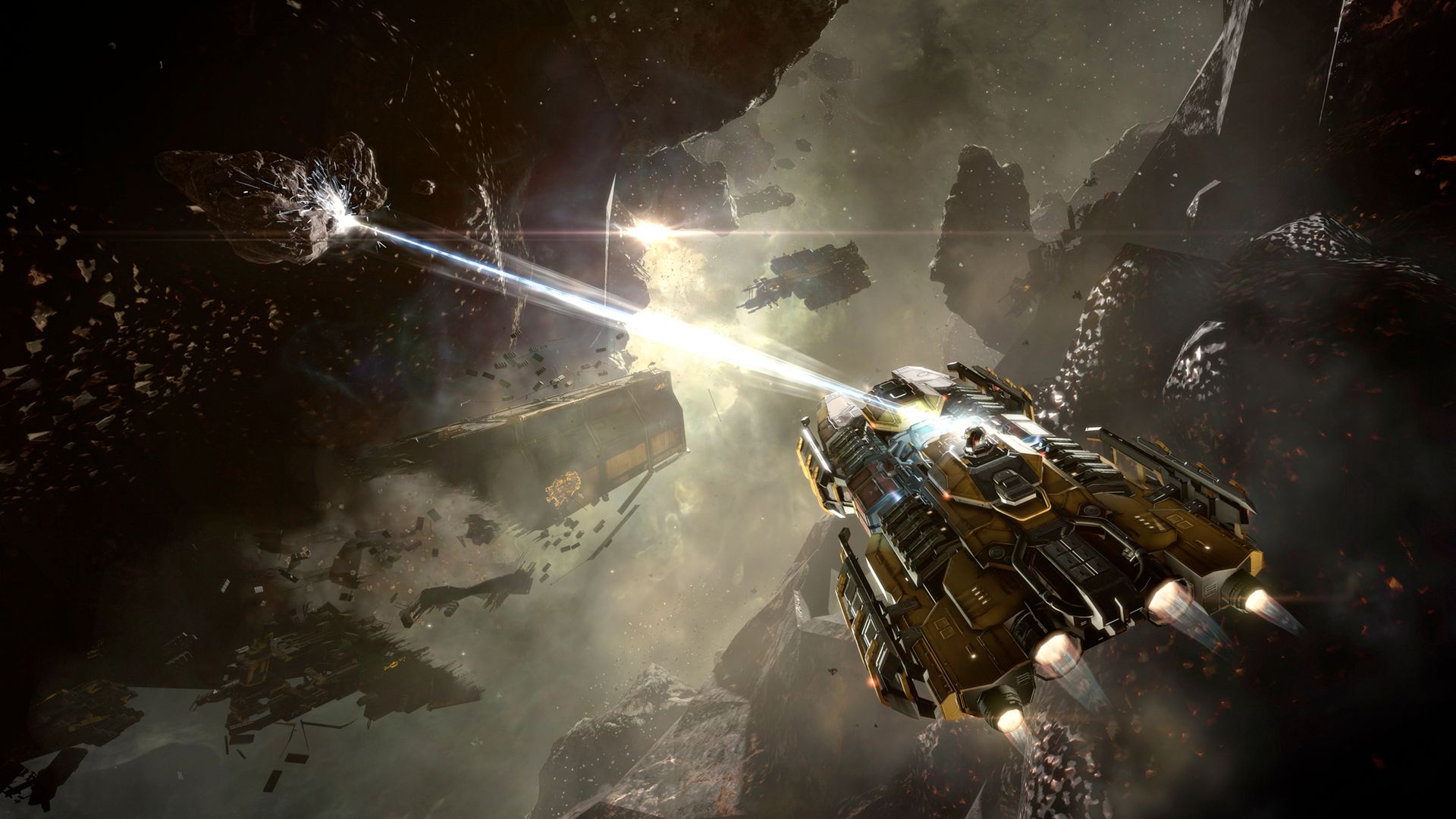 "Running a company in EVE Online and running one in real life are similar in many ways. There's a lot of adjacent phenomena, so I often talk to our designers and product managers about such things. It's not a priority now, but when the time comes, we want to invest in that side of the game. Giving people ways to organise at scale."

"EVE has its best moments when it's about flexible organisation at scale. That's the most human thing to do. We have insects, which can organise at scale, but they're not flexible. Monkeys are flexible, but not at scale. While humans can do both. That's what we're made for. EVE Online's single shard server, alliances, warfare, human intrigue—there will come a time when these are the things we invest in."