Pokemon Gold & Silver introduced gamers to the Steel type, but it was Diamond & Pearl that really ran with it. Sinnoh touted nine of them, and Platinum threw in five more. It might be tempting to assume that Pokemon Brilliant Diamond & Shining Pearl, having eschewed much of Platinum's added content, might be back to nine. In reality, BDSP has added a bevy of its own tricks to the trade, including Pokemon Hideaways.

As a result, there are now 26 Steel-type Pokemon in Sinnoh. Some are in the Sinnoh Dex while many more belong to the National Dex. Thanks to those Hideaways, some species in the National Dex can be caught before the post-game. You've got plenty of options for building your team. We're here to help. While Pokemon games are forgiving enough to allow most creatures to shine against Gym Leaders and members of the Elite Four, some are certainly superior to others. Here are the best Steel types in Sinnoh. 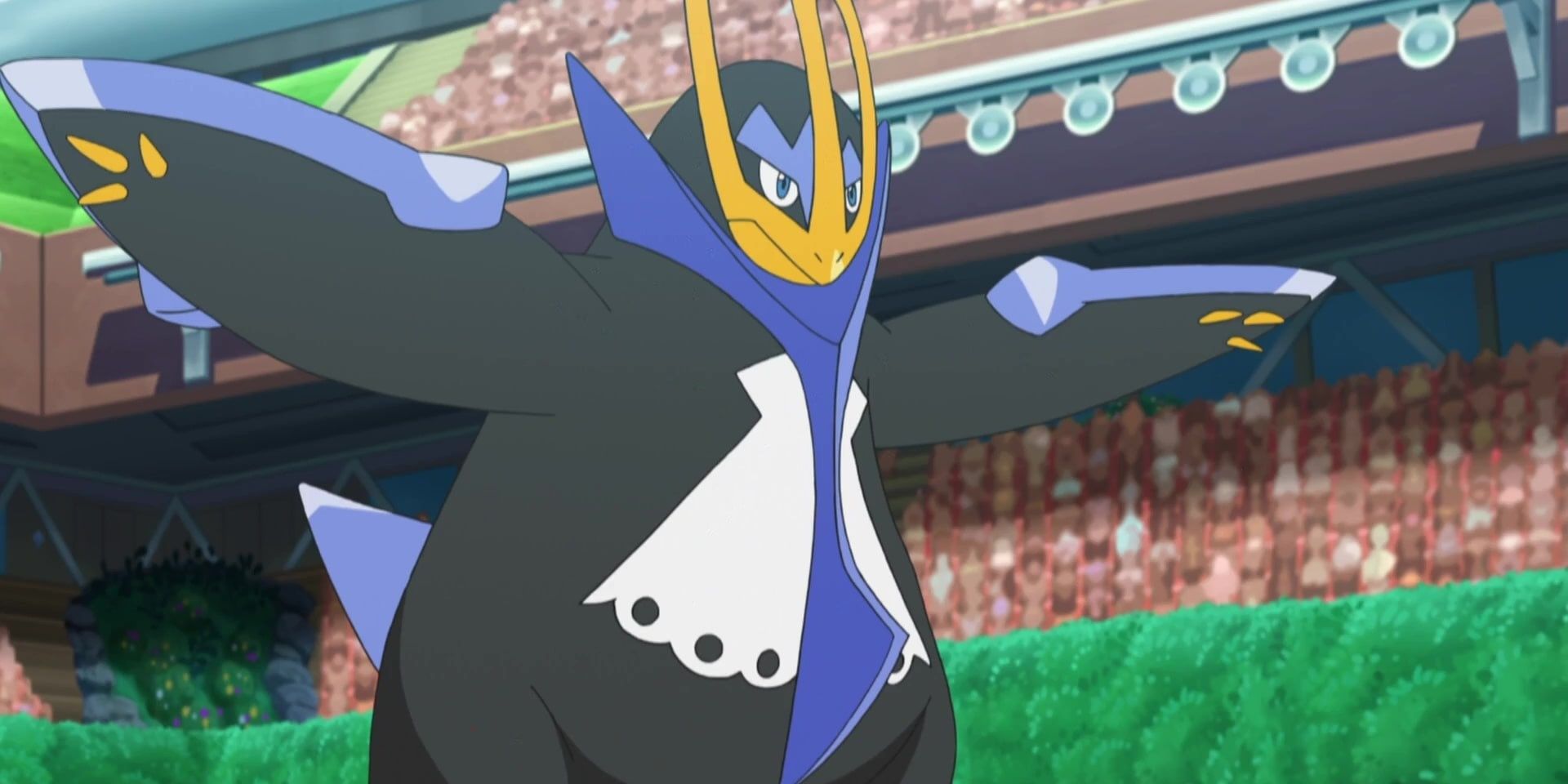 We kick things off with the first Steel-type Pokemon in the Sinnoh Dex — Empoleon, the fully-evolved form of one of the three Brilliant Diamond & Shining Pearl starters. Sinnoh's starters are some of the finest in the series, and Empoleon knows that well. Its Special Attack and Special Defense are both quite good, with everything else save for Speed still decent.

Empoleon makes a great utility Pokemon. Stealth Rock sets opponents up for some pain if they try switching out, which doesn't happen often in the main game but online is a different story. (And don't be surprised if the Elite Four and Champion both do it a few times, too.) Scald is probably the single best STAB (Same Type Attack Bonus) move that Empoleon can get its flippers on. 80 base power with a 30 percent chance of inflicting a burn is right up the Emperor Penguin's alley. Just don't use it against a frozen opponent. You'll thaw them right out! 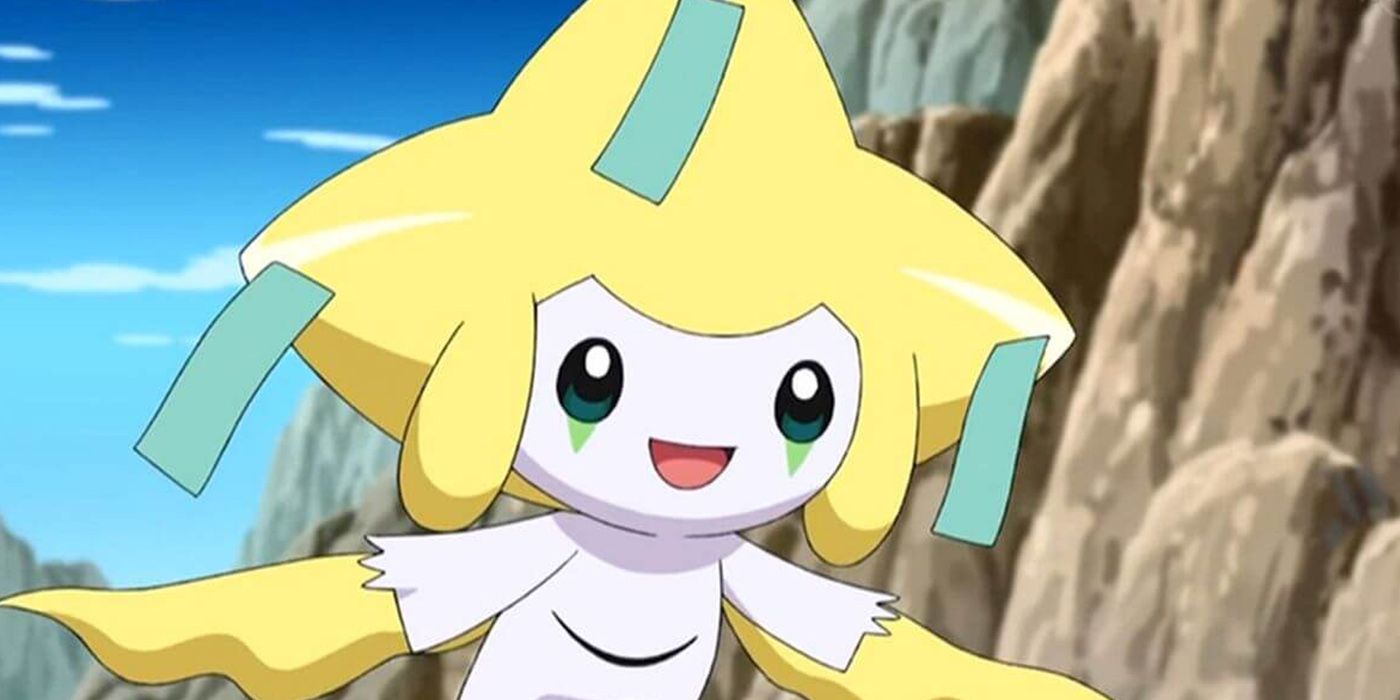 Don't let Jirachi's National Dex status fool you. Some non-Sinnoh natives can still be acquired during your quest for eight badges, and Jirachi, in particular, is available as early as Floaroma Town, when you're just one badge into the journey. There is a catch, however: Your Switch needs to have save data from Pokemon Sword or Shield.

If you haven't played Sword & Shield, don't fret. You can likely find one of these cuties through online trades eventually. But if you're fortunate enough to nab one near the beginning, you can rely upon Jirachi's 100 base stats in all six categories — HP, Attack, Defense, Special Attack, Special Defense, and Speed — to comfortably assist you in many fights. To be clear, a 100 isn't exactly spectacular, but it's solid. Solidity is Jirachi's whole shtick. Hook him up with moves like Iron Head, Fire Punch, Stealth Rock, Body Slam, and Wish. 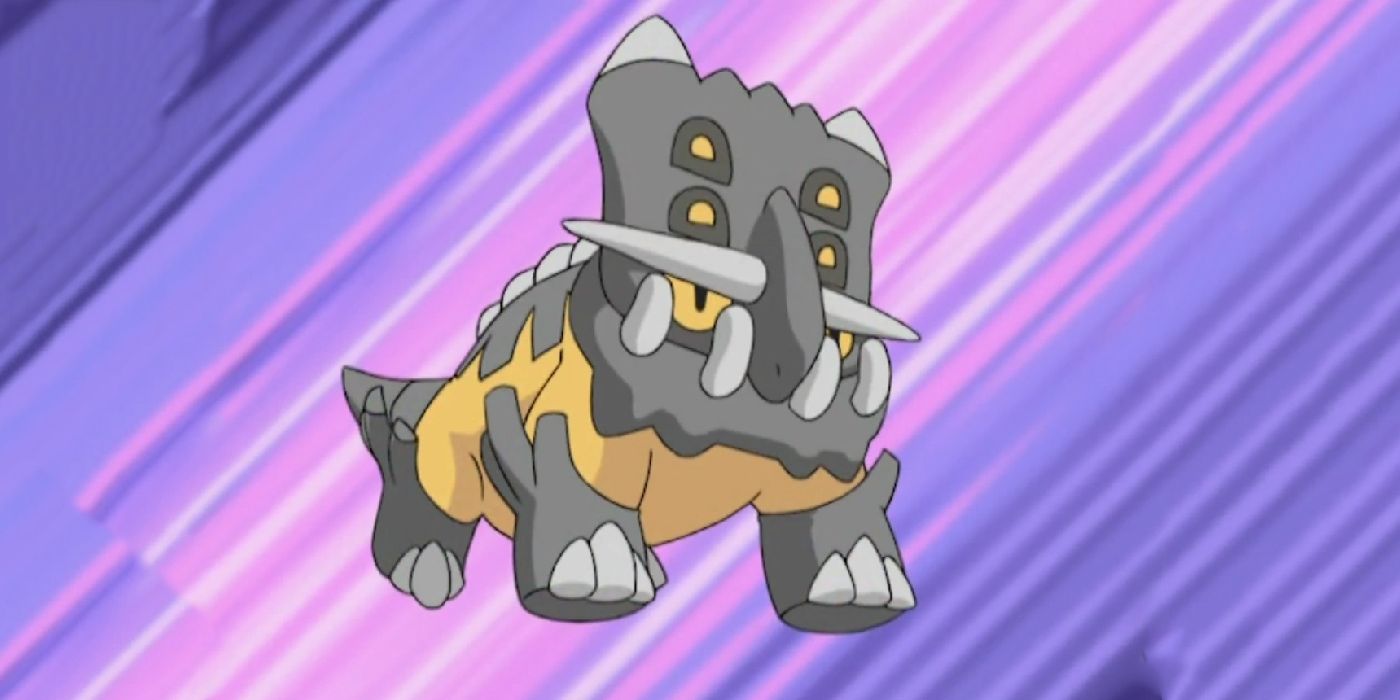 Sometimes Pokemon names don't tell us much about what they're good at. Take Comfey, for example. We're glad it's comfortable? Gurdurr and Conkeldurr? Those are just plain unfortunate. But Bastiodon tells us everything we need to know. Bastiodon is a bastion. A very good one, at that. At least as far as in-game matches are concerned.

In the online meta, that Rock/Steel typing suddenly becomes a liability; so many physical sweepers out there come equipped with a powerful Fighting-type move to smash poor Bastiodon to smithereens. But who cares, right? If you want something to soak up tons of hits for you in Sinnoh, not the hammerspace that is the internet, this dinosaur's yours. Rock Slide, Metal Burst for offense, and Magic Coat and Stealth Rock for protection and punishment maneuvers. With an incredible 168 Defense stat as well as a quite nice 138 for Special Defense, few among your foes will crack this thing. 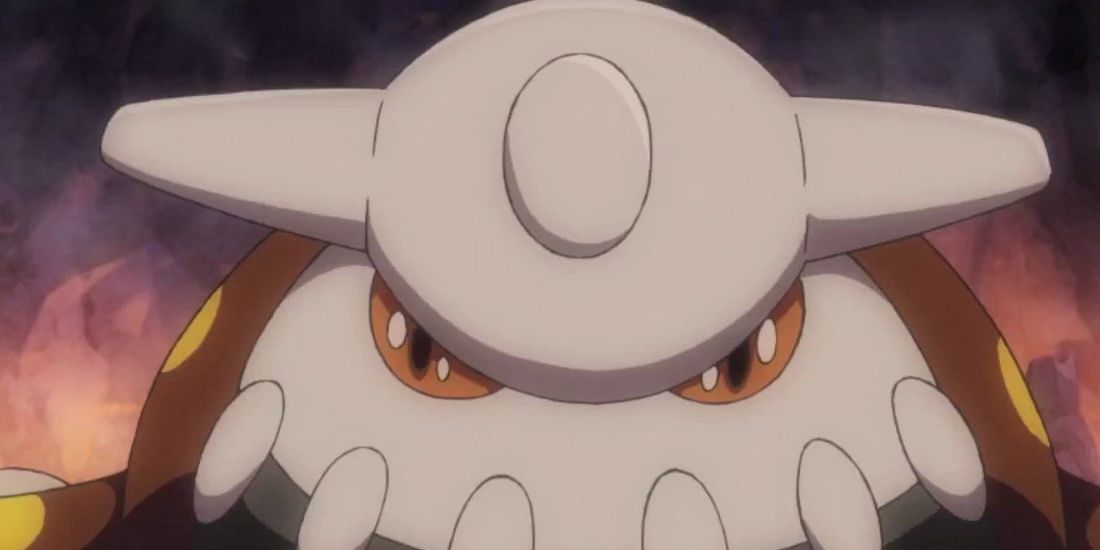 Heatran's a Sinnoh local, but purely a post-game Pokemon. That's because it likes to lurk in the depths of Mount Stark, part of a vast zone that's inaccessible without becoming Sinnoh League Champion. But as we also note in our Best Fire-type Pokemon, that's quite reasonable. Heatran is one tough cookie, and if it heard us calling it a cookie, we wouldn't be around to finish this list for you.

To give you the Steel "STAB" of your dreams, let Heatran use Flash Cannon, an 80 base power move that taps into its 130 base Special Attack rather swimmingly. Lava Plume or Magma Storm are the best picks for Heatran's fiery side. Do you need a Ground-type move? Earth Power hits hard. Want to annoy your opponent while you're at it? Tack on Toxic. Feel like stunning them when they send out their Water-type? Fire off a Solar Beam. Plenty of options here. 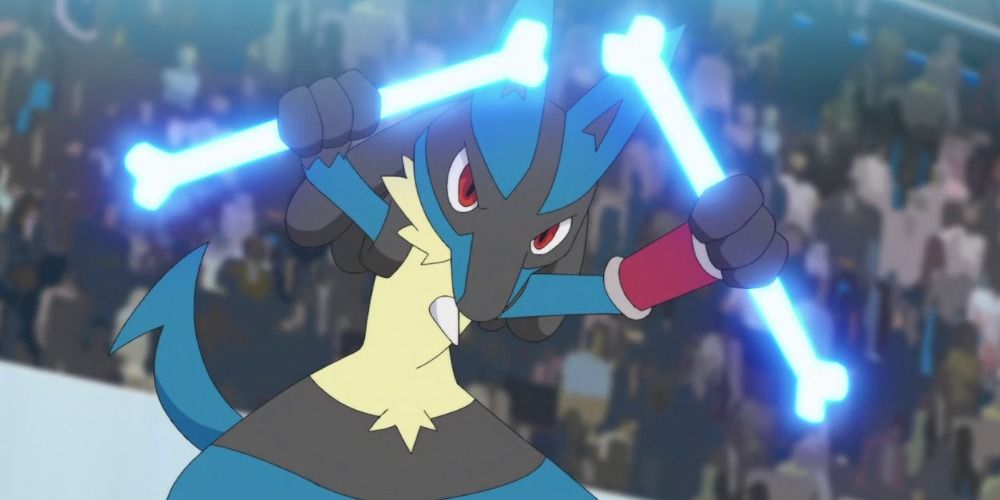 You had to know this was coming, right? Lucario is an icon. It's a Super Smash Bros veteran of many drunken late-night college reunion wars and it's proud of its power. And with lovely Steel/Fighting typing and high Attack and Special Attack stats, Lucario is one of Pokemon's premier "mixed sweepers." It can bring cuts to all kinds of combatants.

Swords Dance will boost Lucario's Attack to peak efficiency, allowing strikes from Meteor Mash, Close Combat, and Ice Punch. (Have you ever seen a canine biped punch a dragon into submission? We have.) Stone Edge has its applications as well — felling Ho-Ohs in one hit is a unique thrill that should be experienced by every competitive Pokemon player at least once in their lives. 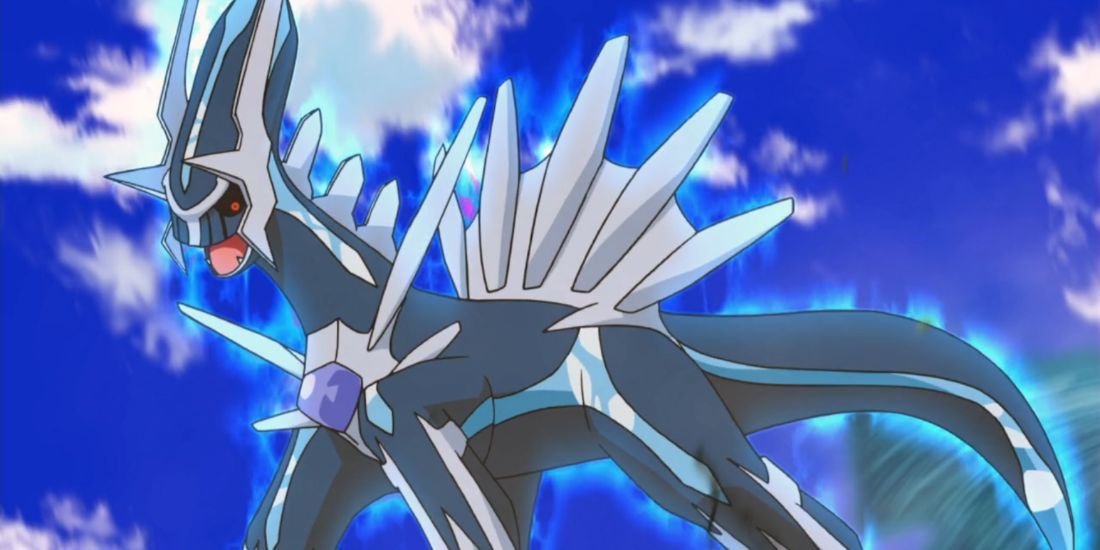 We have to imagine some players, presumably young kids and/or exceptionally Machiavellian role-players, have challenged the Temporal Pokemon Dialga at the climax of Pokemon Brilliant Diamond & Shining Pearl's story and opted to knock it out instead of catching it. These players tell themselves it isn't unconscious. It's dead. Good riddance. It's a member of Sinnoh's Creation Trio, sure, and therefore a creature to be worshipped. But it cannot be allowed to live. Not after we came so close to calamity.

Well, good for them. But the rest of us should catch it. The only thing better than Dialga's terrific Attack and Defense is its sky-high Special Attack. Draco Meteor, Fire Blast, Thunder, Flash Cannon, anything from this demigod is going to dish enough damage to make Cynthia's Garchomps blush. In fact, the best reason not to bring Dialga to the Pokemon League is that it turns a few appreciably challenging fights into cakewalks. Do you like walks of cake? You'll love Dialga.