Capcom is known for making great games, but they are probably best known for their fighting games. Furthermore, Capcom has released 83 fighting games, and nearly all are fantastic. Their popularity likely comes from their anime-inspired character designs, on-the-nose sound effects and music, and super responsive controls.

As in the manga, characters can summon guardian spirits called "Stands" to deliver powerful attacks. A character's move set is changed when the Stand get summoned. It doesn't take that long to learn if you are familiar with fighting games. And if you're interested in checking out a Capcom classic, you should give it a play. 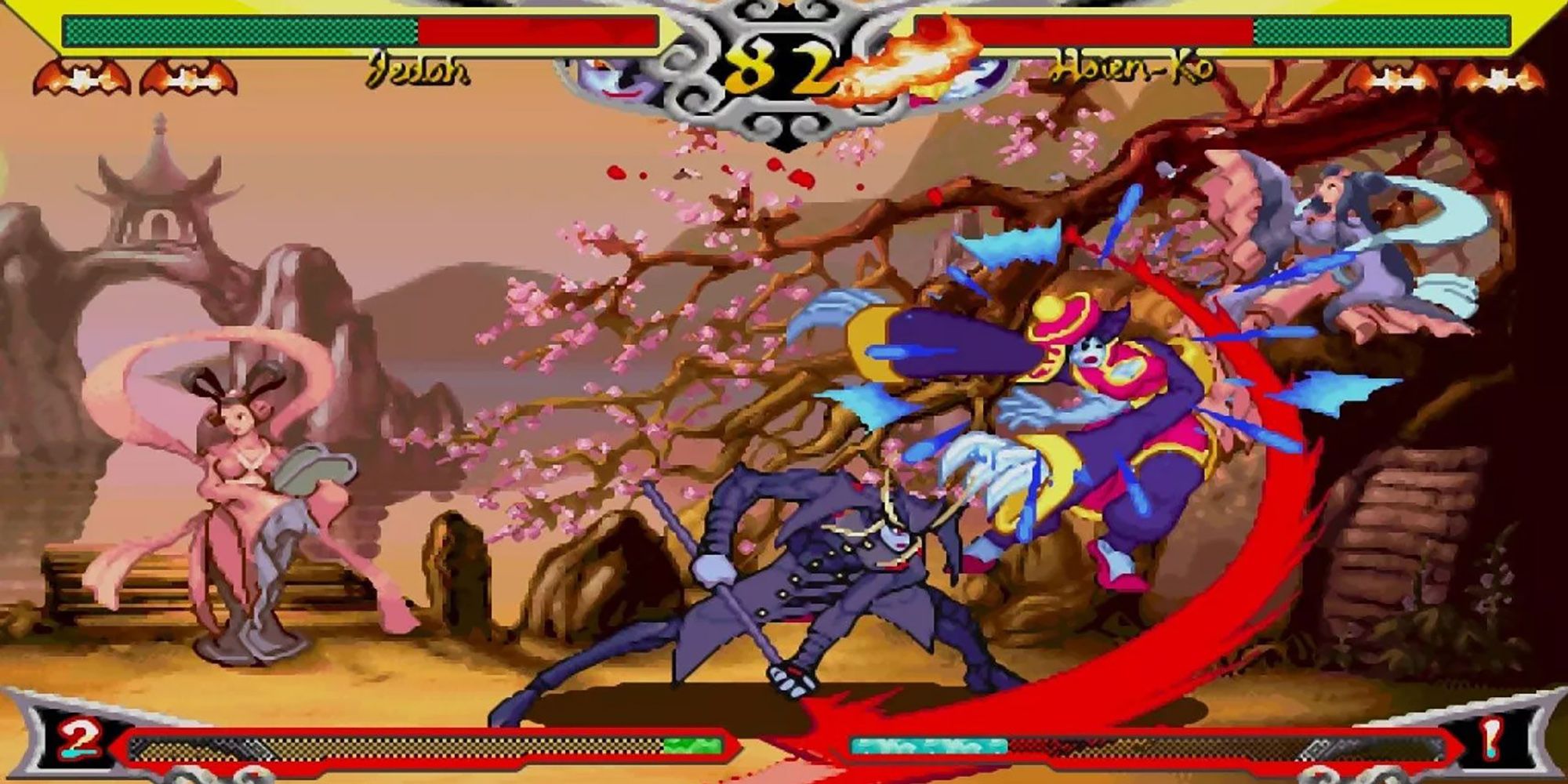 Chaos Tower is the fourth of the Darkstalkers/Night Warriors games and is considered their best. The Darkstalkers series (known as Vampire in Japan) is like Street Fighter with monster movie creatures instead of martial artists. This roster includes the werewolf Jon Talbain, the vampire Demitri Maximoff, and the succubus Morrigan Aensland. 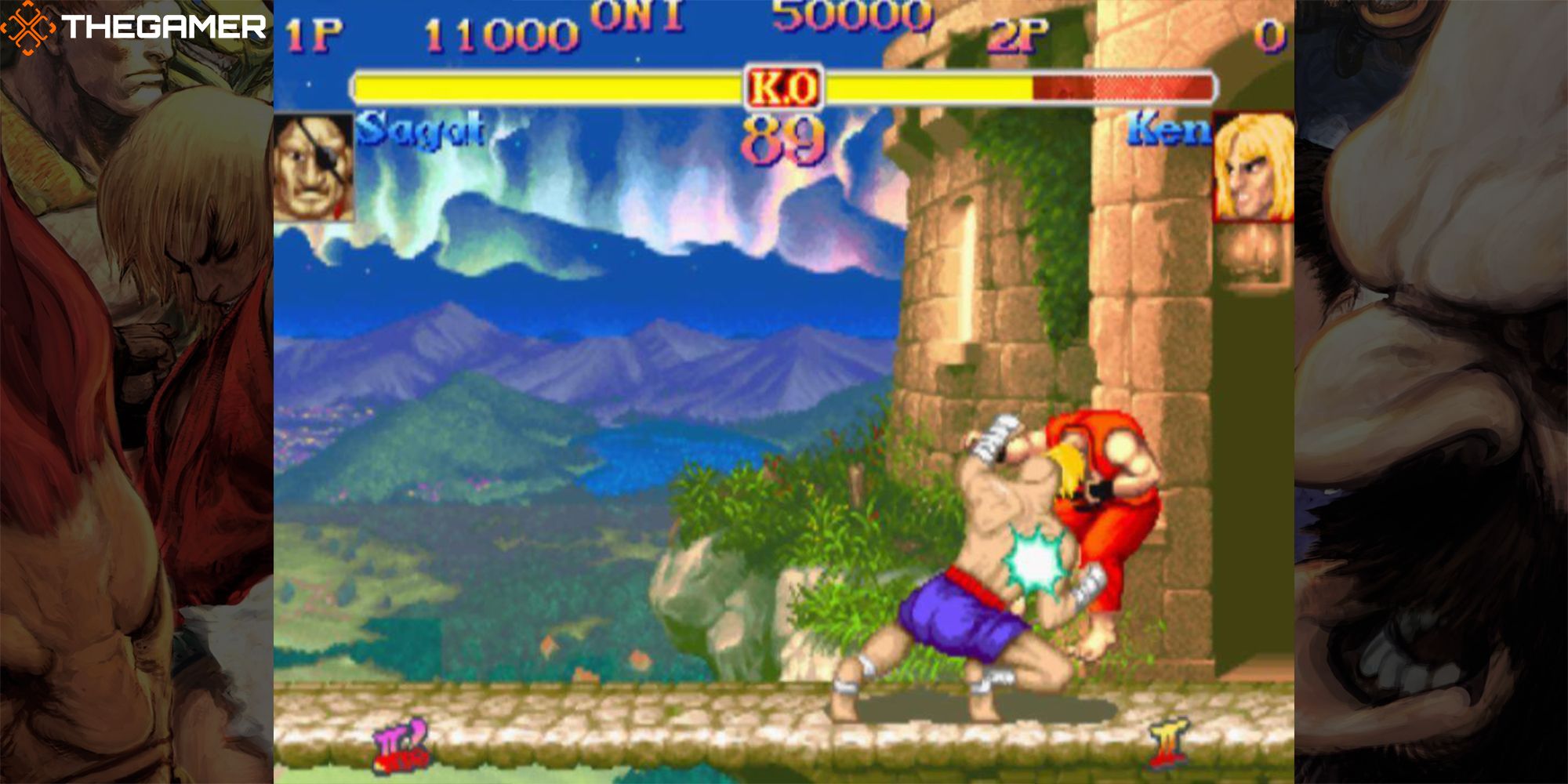 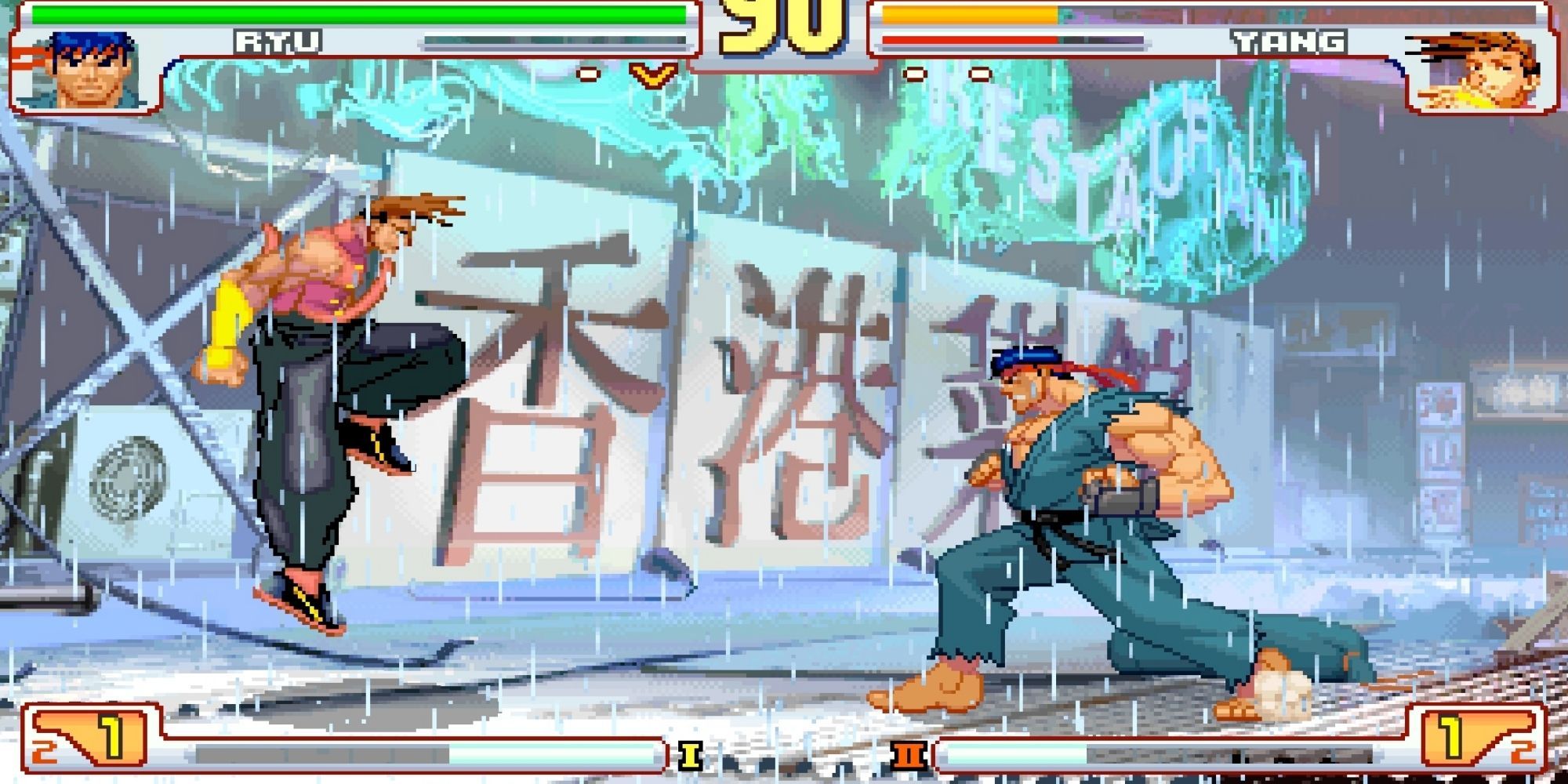 3rd Strike was the third and last variation of Street Fighter III. Compared to the previous two titles, New Generation and 2nd Impact, 3rd Strike expanded the roster to twenty characters, added new backgrounds, and improved the controls and audio. Unfortunately, many of 3rd Strike's characters have yet to appear in any of the game's sequels.

The play-control in 3rd Strike is just about perfect, and the characters are balanced very well – except for Makoto, Chun Li, and Yun, who are slightly over-powered. Of course, everyone has their own opinion, but many fighting game fans consider 3rd Strike the best of the Street Fighter series. 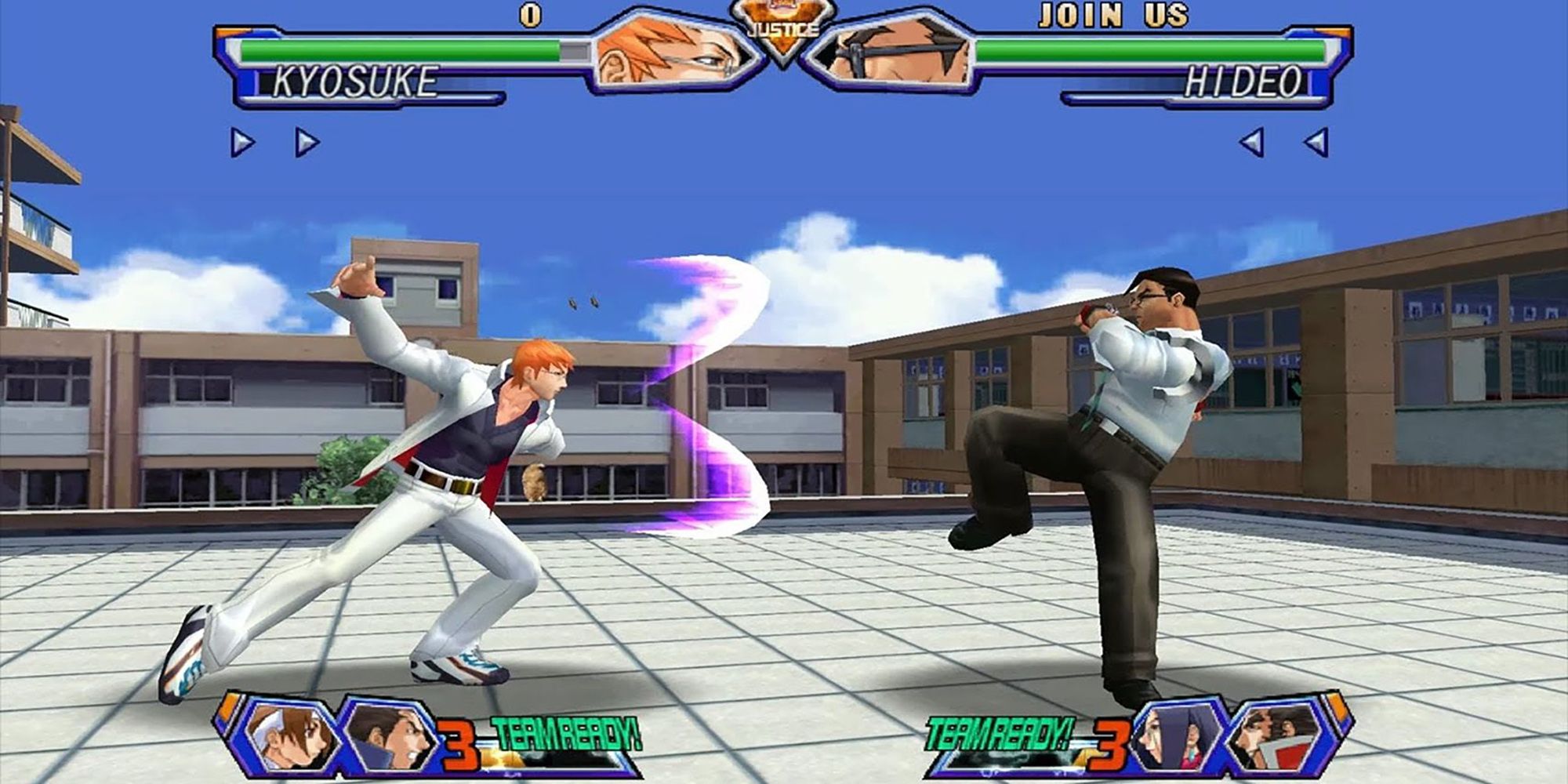 Project Justice is the sequel to Rival Schools: United by Fate, one of the few 3D fighting games from Capcom. Despite its 3D graphics, matches are still presented in the traditional 2D side view that Capcom uses for the bulk of their fighting games.

Project Justice is a three-on-three team fighter; with Team-Up and Party-Up attacks. The game looks a bit dated, but the gameplay is fast-paced, and the Party-Up attacks are fun to watch – even when you're on the receiving end.

7 X-Men: Children Of The Atom 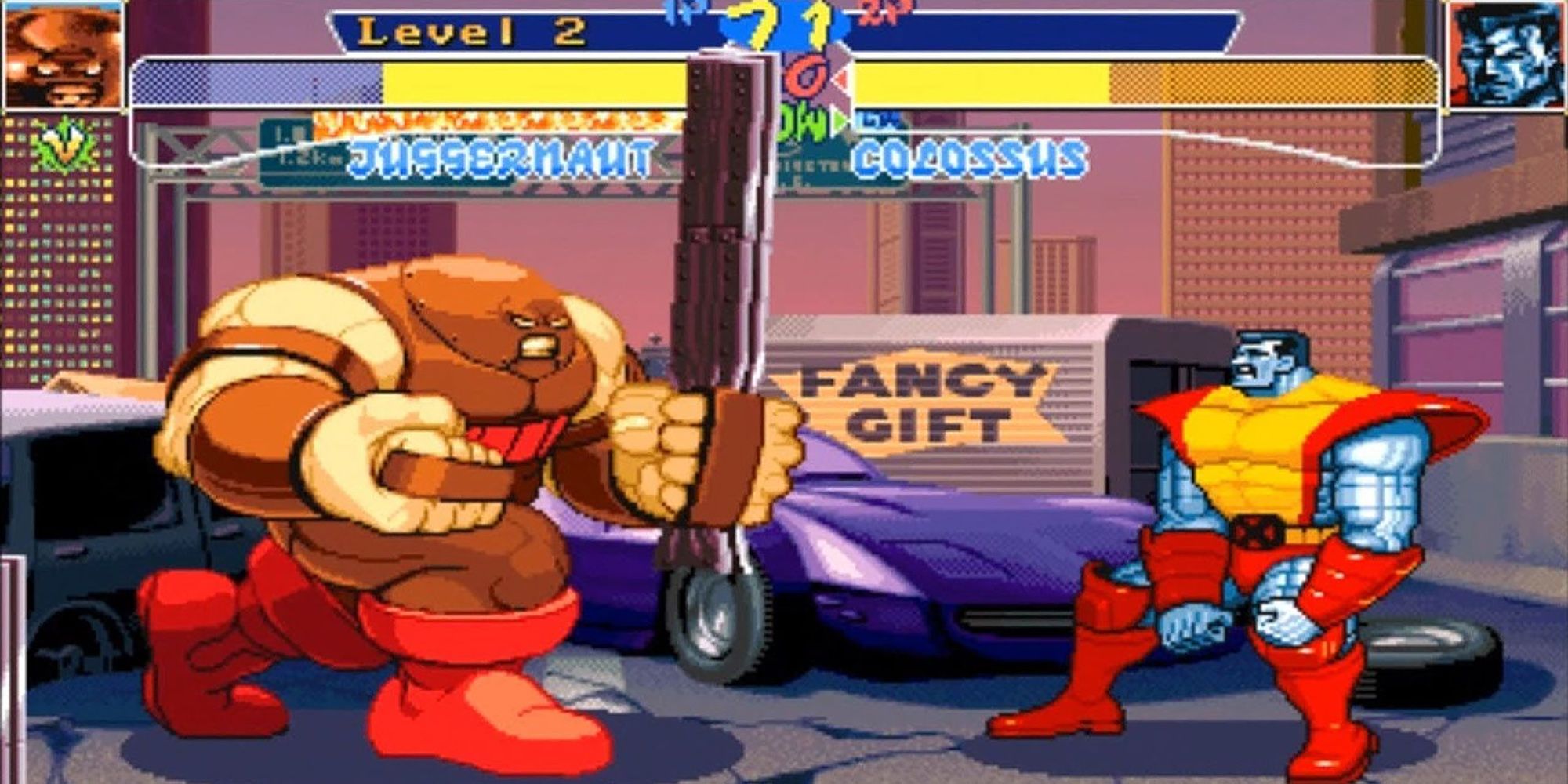 Children of the Atom launched when the X-Men comics were at the top of their popularity. Furthermore, certain characters, like Omega Red and Spiral, would never be featured in an X-Men (or Marvel) game today with Marvel's focus on commercially popular characters. For instance, Marvel Vs. Capcom Infinite's roster of characters comprised almost exclusively of characters from the MCU.

Many Capcom fighting game mechanics, like super jumps, air combos, and recovery rolls, were first introduced in Children of the Atom. However, for the best experience of this title, you should stick to the Sega Saturn and arcade versions. The Playstation version, published by Acclaim, pales in comparison. 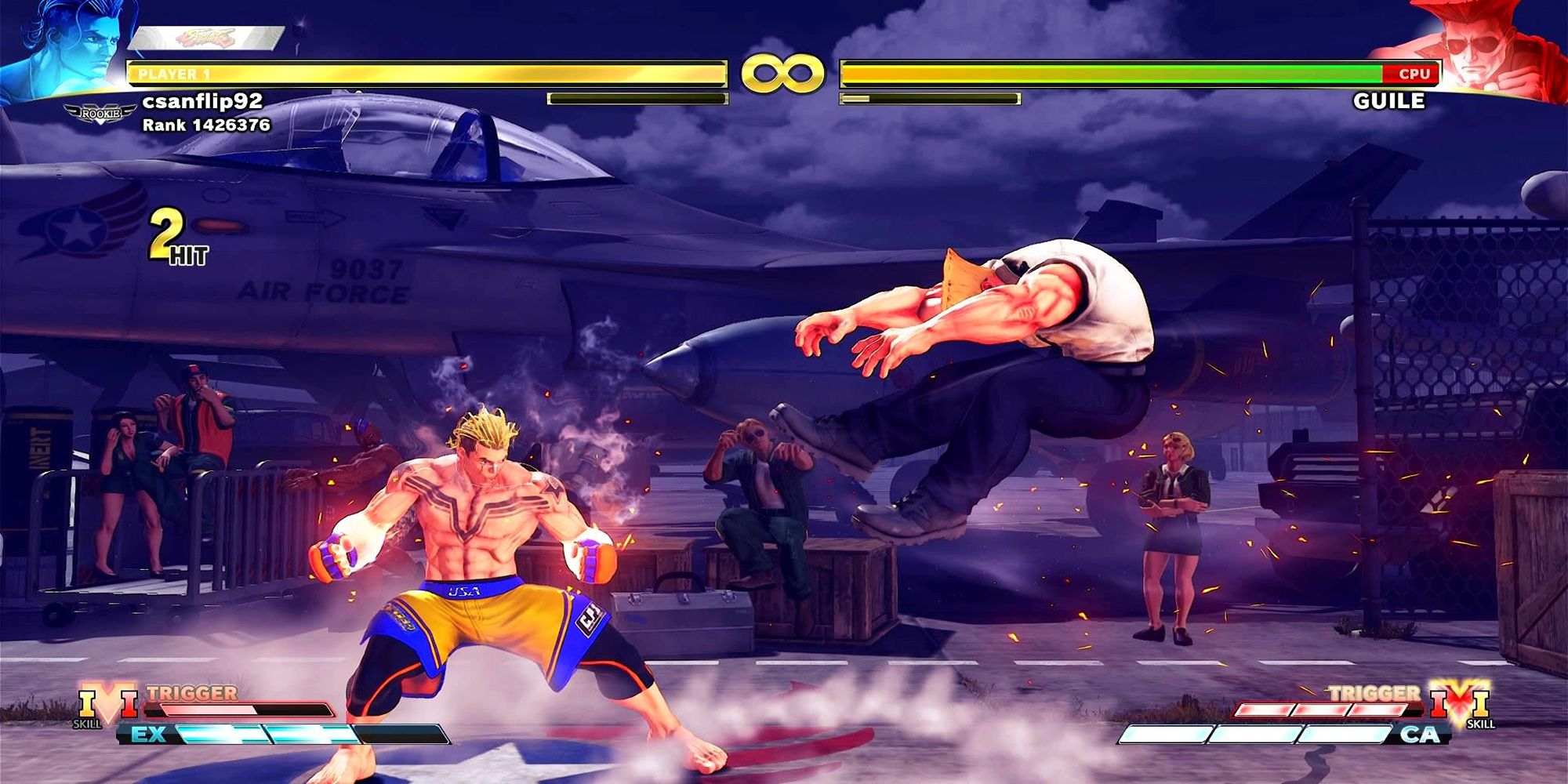 Street Fighter 5 is a polarizing title. It launched with minimal features and a thin roster. In addition, it was hard to acquire in-game currency. Therefore, most players would need to purchase new fighters as DLC.

However, the final version of the game, Champion Edition, was much more complete. It had a cinematic story mode, in-depth arcade mode, new challenge modes, and a total roster of forty fighters.

Plus, SF5 introduced the V system, an innovative mechanic that gave each character two distinct variations of skills. While not as flashy as SF4's Ultra Combos, the mechanic did add a new technical component to the series. 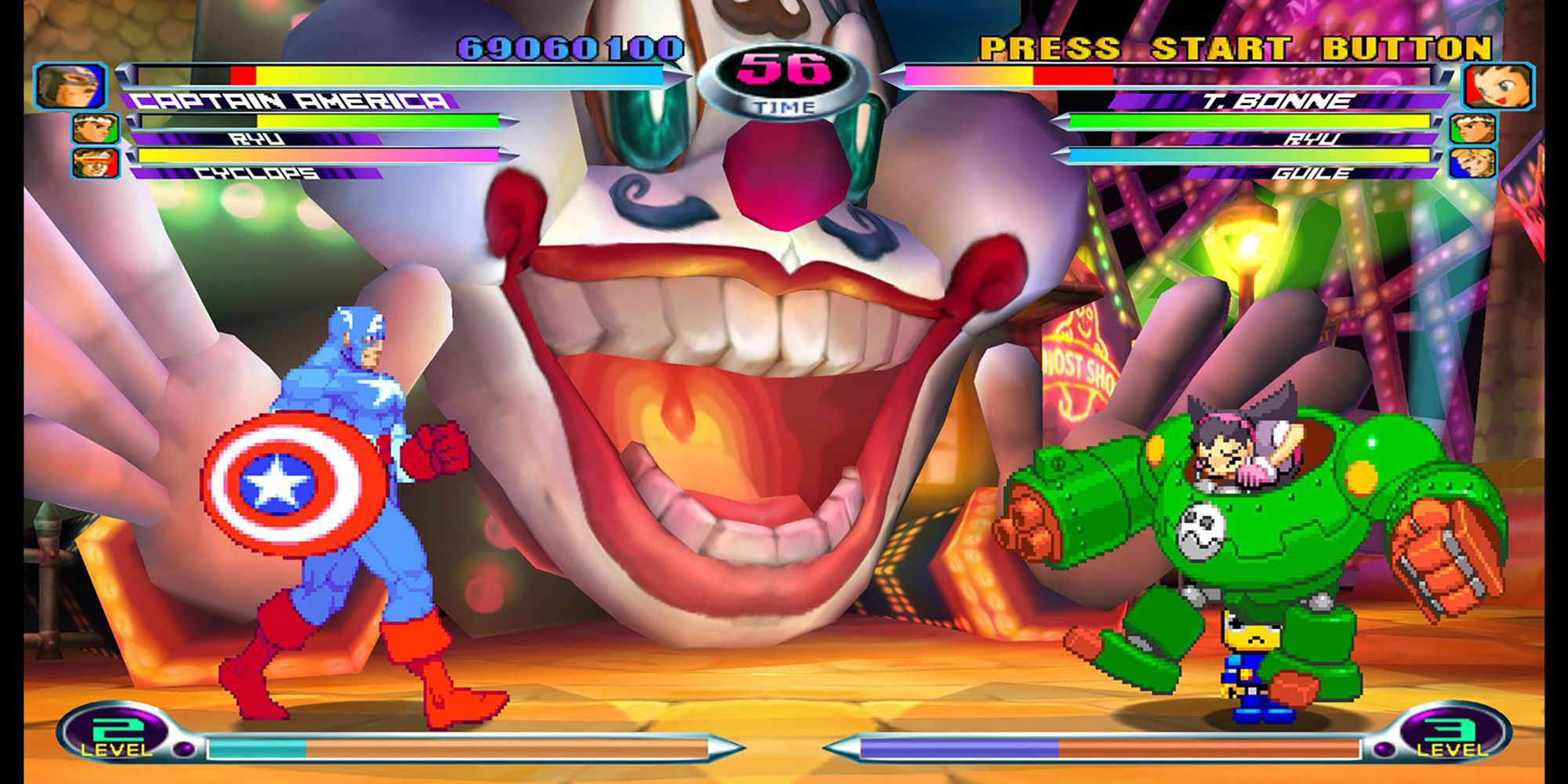 Capcom simplified the control scheme for this sequel, reducing the number of attack buttons from six to four. This change didn't sit too well with purists who felt the control change adversely affected the experience. On some level, the purists have a point. Still, the simplified controls did make the game more accessible to newcomers to fighting games. 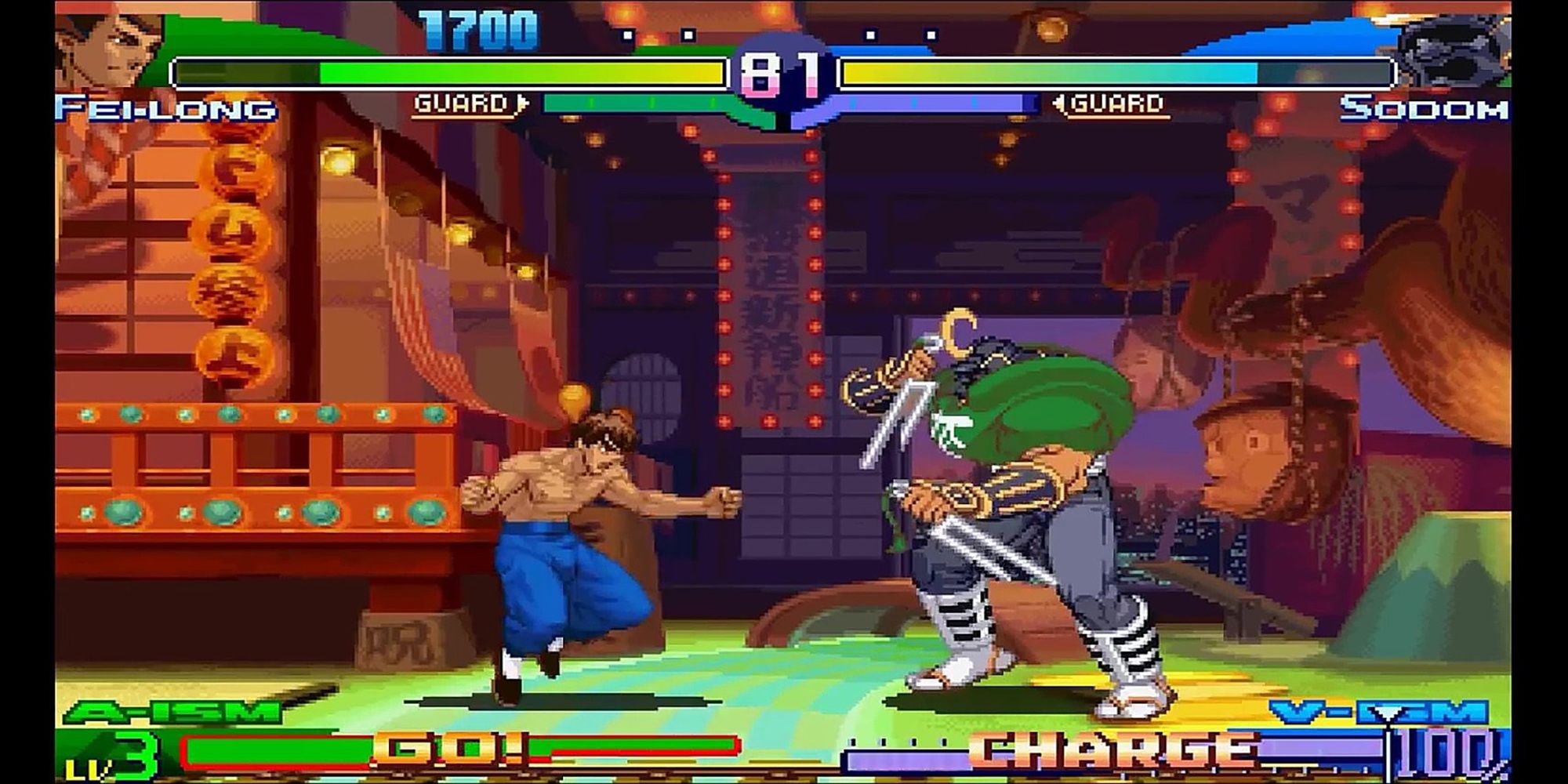 Street Fighter Alpha 3 touted two significant features. One was the guard meter, which disabled a fighter's blocks if they got too defensive. Another was the three fighting styles: A, V, and X. The different styles changed a characters' speed, power, and damage resistance. 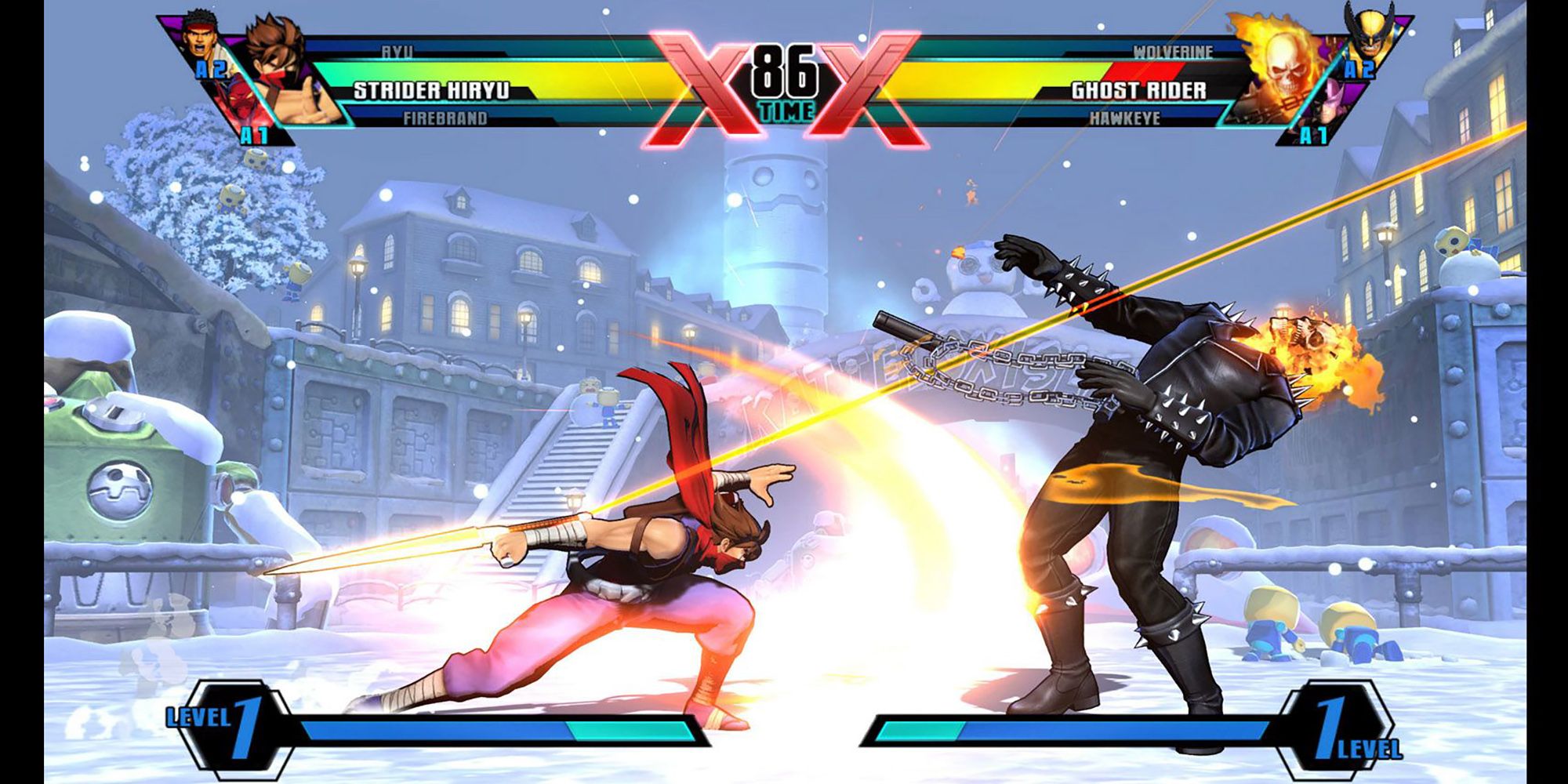 This game was a follow-up to Marvel Vs. Capcom 3 and added 12 new characters. The roster of characters in Ultimate Marvel Vs. Capcom 3 is maybe the best out of any Capcom fighting game. Have you ever wanted to pit Phoenix Wright against Ghost Rider? Or see Rocket Raccoon fight Ryu? This game lets you do that.

Ultimate Marvel Vs. Capcom 3 is a three-on-three tag-team fighter that focuses on combo attacks. The action is fast-paced, and the graphics have a nice cell-shaded look. The only complaint usually leveled at Ultimate Vs. Capcom 3 is that they changed the attacks of some characters from the first game. 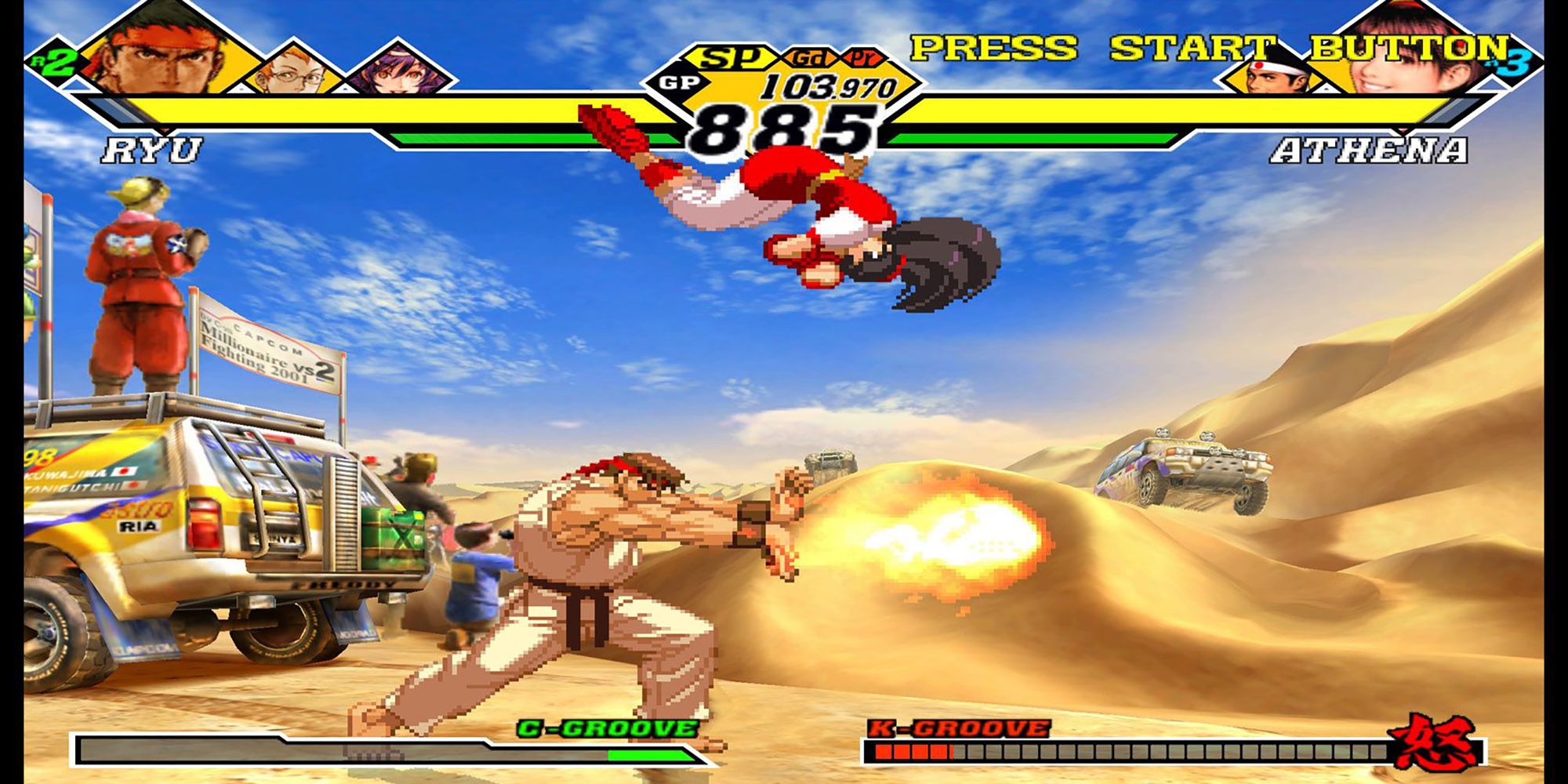 Capcom Vs. SNK 2: Mark Of The Millennium 2001 is an incredible 2D fighting game featuring characters from the Street Fighter games and many SNK fighters – like Fatal Fury and Samurai Showdown. There are an impressive forty-eight playable characters. And, like many of the games on this list, Capcom Vs. SNK 2 is a three-on-three team fighter.

The animation of the characters is excellent, and the game runs faster than most Capcom fighting games. And the backgrounds are some of the best out of any 2D fighting game. Unfortunately, this title's last outing was on the PS3 through PSN. 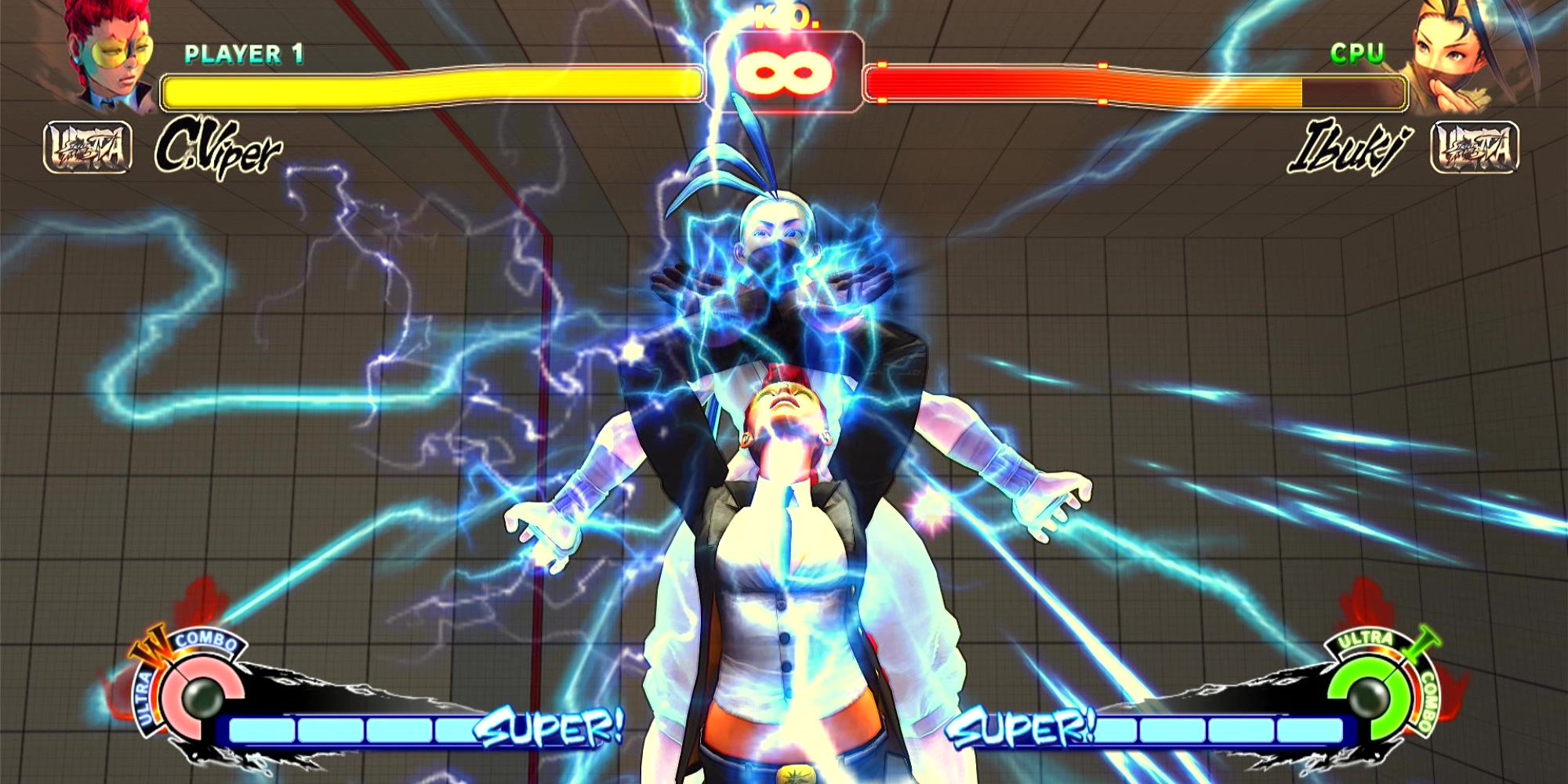 In the mid-2000s, 2D fighting games became less frequent, and the idea of a new Street Fighter title seemed highly unlikely. Thankfully, producer Yoshinori Ono pitched a sequel that maintained the series' charm while catching up with the advancements of modern gaming. Therefore, Street Fighter 4 is one of the most vital games in Capcom's history and fighting game history overall due to its revival of the 2D-fighting genre.

Ultra Street Fighter 4 is the definitive version of this classic game. Its roster is massive, with forty-four fighters in total, each with their own animated story mode movies. Plus, the game ramped up the action with new features like Ultra Combo Doubles, Red Focus Attacks, and OMEGA mode.