Home » News » Stray: How To Get The Atomic Battery

Stray: How To Get The Atomic Battery

BlueTwelve Studio’s cat adventure Stray has captivated many with its interesting premise and promising execution. The feline’s journey through this cyberpunk dystopia might be a short one, but it makes the most of that rather rapid runtime with interesting and varied puzzles that are just challenging enough to not be a cakewalk, but not too challenging to end up being frustrating.

Upon reaching Midtown, you will be tasked by one of the Outsiders, Clementine, to retrieve an Atomic Battery which will be used to power a Subway Train in the next chapter. While this may sound rather straightforward, there are a ton of steps involved in the process, which we will be discussing in detail in this guide. 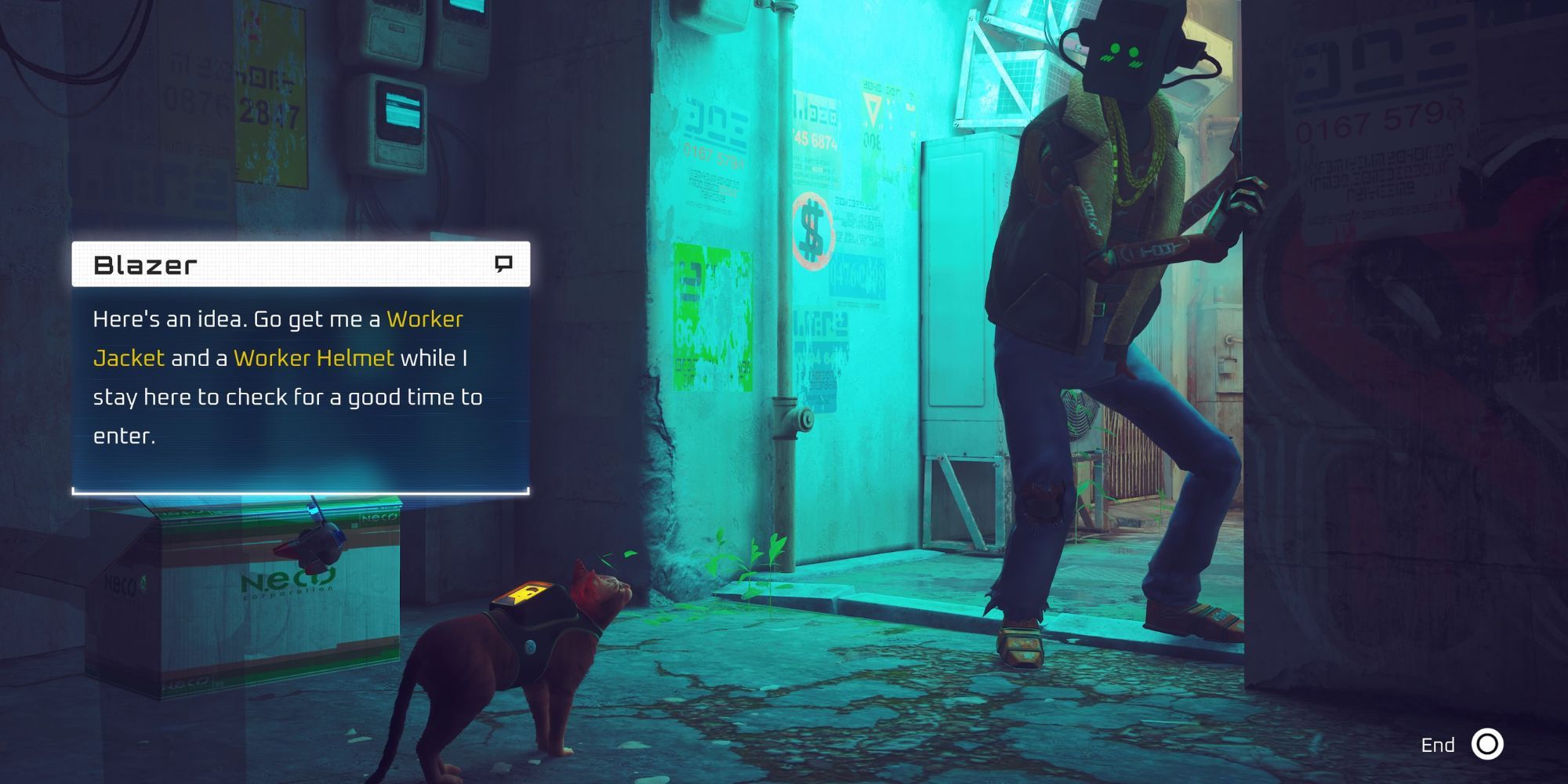 The Atomic Battery is located deep inside the Neco Factory, which is a restricted area only accessible to Neco Corp. employees. Thankfully, Clementine has a buddy who can help out with this job — and the first step involves finding him. If you go around Midtown showing the mystery note issued to you by Clementine, you will get to know that he is creeping around the Neco Factory.

Follow the signposts to reach Neco Factory, and you will find an NPC with a bomber jacket and a necklace. That’s Blazer, and now you need to give him the note. He will then task you with finding a worker’s hat and jacket, which you obviously need to steal from Midtown’s clothing shops by completing yet another series of puzzles.

Where To Find The Worker Jacket For Blazer 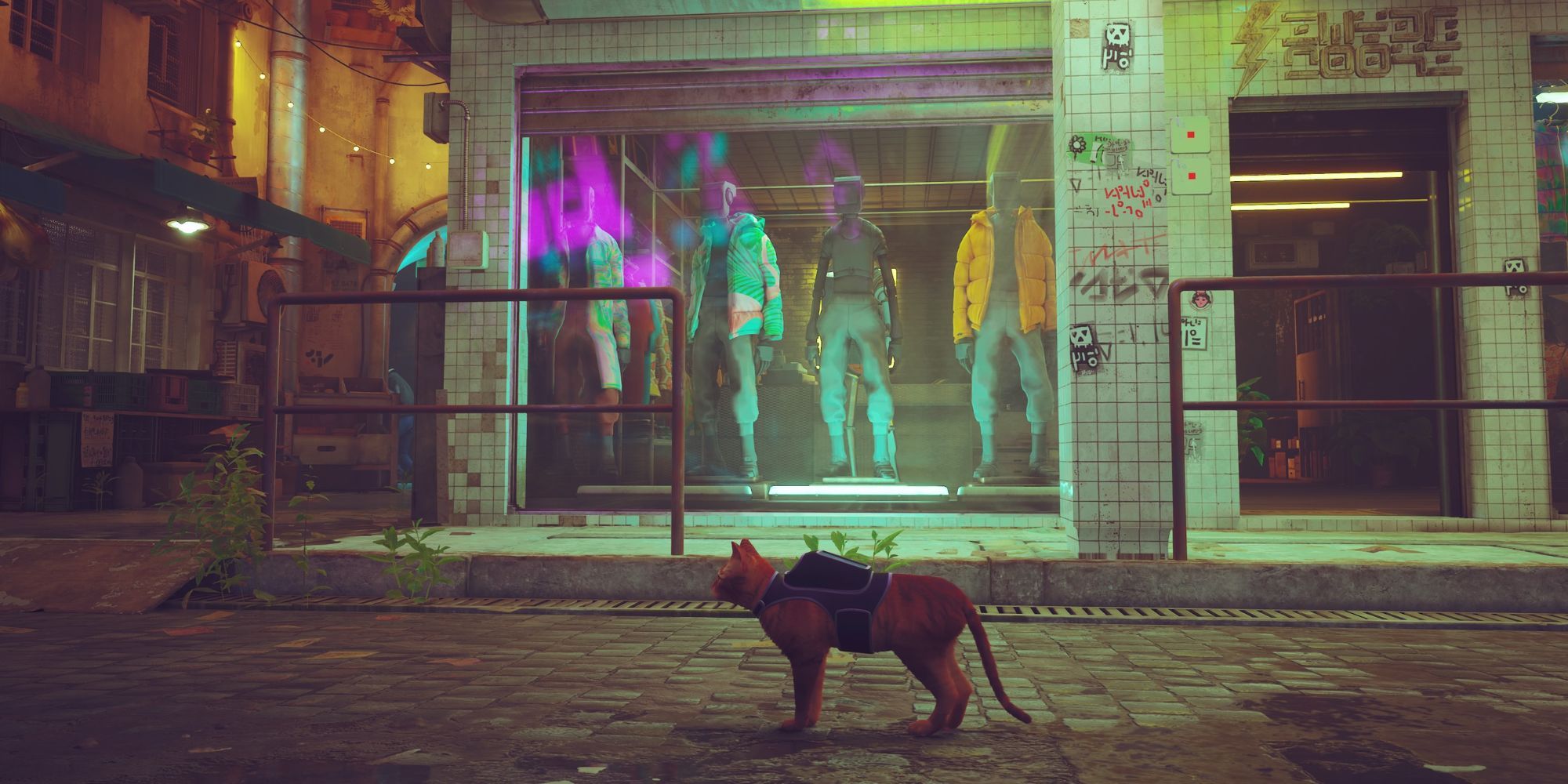 For that, take a detour back to the Residence where Clementine is hiding. You will find a band of punkheads at the ground floor, one of which will task you with taking down three surveillance cameras in the building in exchange for a cassette. It’s a rather easy task, and all you need to do is step on these cameras one by one to bring them down.

Once that’s done, you should have the cassette in your possession. Now go back to the jacket shop, and play the cassette on the radio. This will prompt the shopkeeper to go to the back of the shop, giving you plenty of time to steal the jacket.

Where To Find The Worker Hat For Blazer? 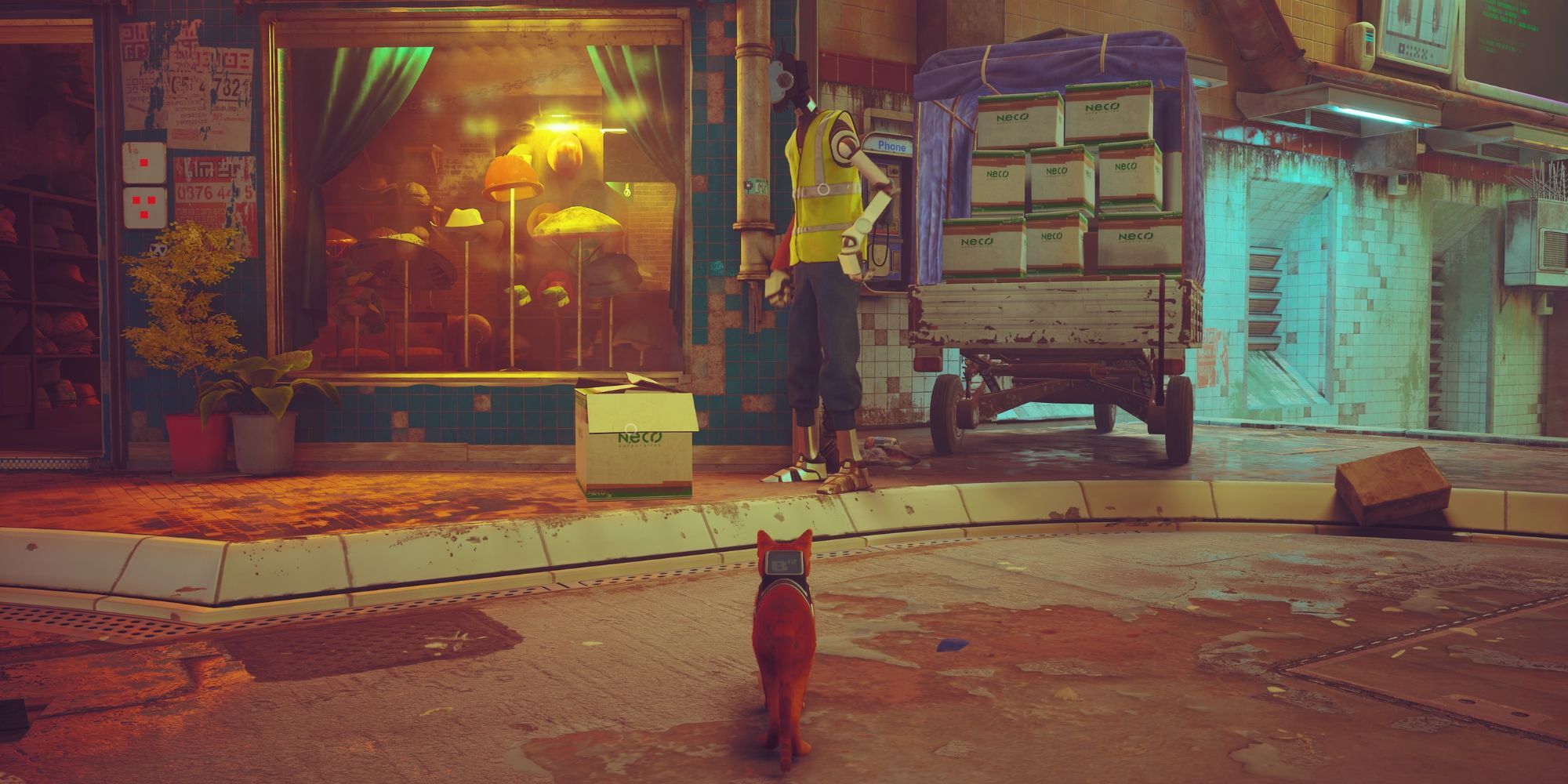 Much like the worker jacket before, the worker hat can be found on display at the hat shop in Midtown. However, entry is prohibited since the shop is being restocked, and one of the employees is dozing off at the bar. Go to the bar, which is on the opposite end of the road, and find the employee sleeping.

To wake him up, simply climb up to the ledge overlooking the sleeping employee and push down a crate of bottles. Once that hits, the employee will get back to their duty. Now all that’s left is to hide in a cargo box like Solid Snake, and you will get a free pass into the hat shop. Simply steal the hat, and get out of there.

Getting The Atomic Battery In Neco Corporation 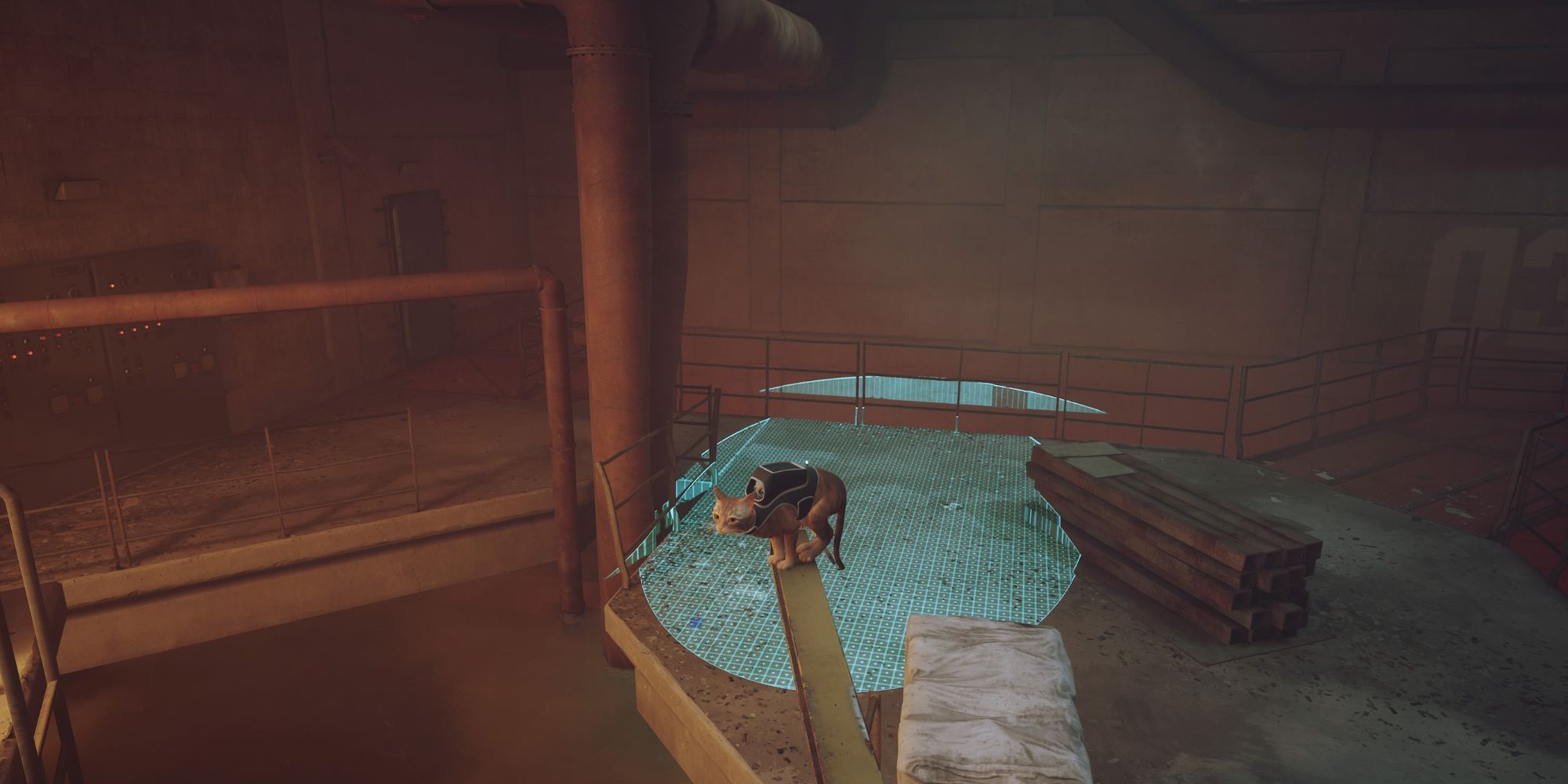 Now that the hard part is done, all that’s left is to steal the Atomic Battery from Neco Corporation. Give both the worker garments to Blazer, who will now don these robes and carry you into the facility in a cargo box (once again).

Once inside, all you need to do is avoid the surveillance drones and make your way past them to the facility. Do this by stepping inside barrels, hiding behind cover, moving along shadows, until you finally reach the room containing the coveted Atomic Battery. 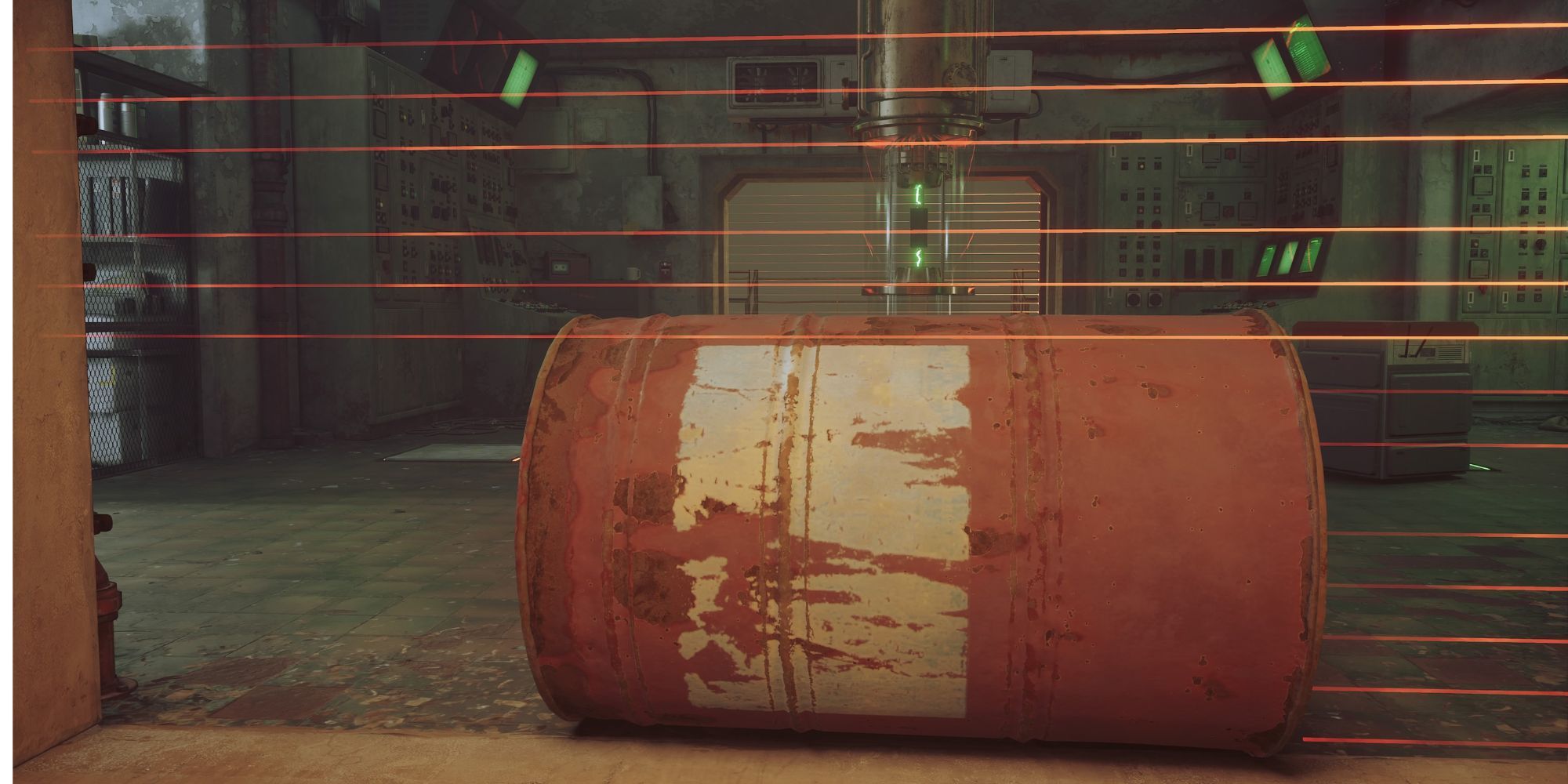 The Atomic Battery is guarded by three walls, and you need to place three objects on the three tiles on the ground to get to the battery. Hack the first box and move it near the fence guarding the second box. Then jump through the fence, and open it by jumping on the lever.

Place these two boxes on the left and right tiles, which will turn their colour into a bright green. For the final tile, roll back into the barrel that you used to enter this room, and place it on the marked spot. The Atomic Battery should now be within reach. Take it, and you'll trigger an alarm. Thankfully, the sealed exit will have been unlocked, and you can use it to get back to Clementine.