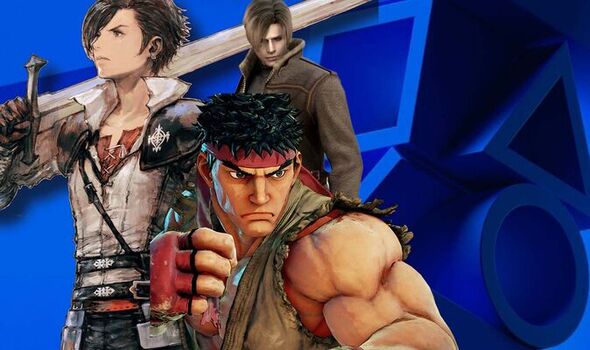 The State of Play June 2022 PS5 event is kicking off today, with Sony teasing they have some “exciting” third-party announcements in store. The 30 minute showcase will take place at 11pm UK time with PlayStation VR 2 news confirmed for the event, as well as an update on the forthcoming Horizon VR game for PSVR2. But the rumour mill has claimed other big reveals could be in store such as showings for Final Fantasy 16, Street Fighter 6 and the Resident Evil 4 Remake.

Final Fantasy 16 is one of the most highly anticipated PS5 games on the horizon, with the Square Enix title first debuting during the September 2020 PS5 games showcase.

Since then news on the project has been thin on the ground, with no further trailers or screenshots revealed for the PlayStation 5 exclusive.

That could all be about to change soon though. Square Enix previously alluded to updates on Final Fantasy 16 dropping this summer, and in the run-up to today’s State of Play the listing on the PS Store for Final Fantasy 16 received an update – which could hint at an inbound announcement.

If Square Enix are making a big splash in today’s State of Play we could also hear more about Final Fantasy 7 Remake Part 2, but it’s thought that project is further away from getting released, with Final Fantasy 16 tipped to be getting a release date as early as this year.

Elsewhere, Street Fighter 6 – which first was unveiled earlier this year – could also be getting a showing in today’s State of Play.

This is according to in-the-know journalist Jeff Grubb, with the VentureBeat reporter recently saying he thought the new Capcom fighter would appear during State of Play.

When Sony announced the June 2022 State of Play the PS5 and PS4 makers said they had some “exciting” third-party announcements in store.

And in response to this on Twitter Grubb said: “This is probably where SF6 shows up. It’s the one thing Capcom is definitely supposed to have for these summer reveals.”

The Resident Evil 4 Remake is another in-the-works Capcom title that could feature during State of Play, with rumours swirling around this unnannounced survival game horror for some time now.

If Capcom does unveil the RE4 Remake during State of Play then they’ll be sticking to form for the past few years.

Of course, with rumours, it’s best to take things with a big pinch of salt. But the trio of titles mentioned above seem to be among the strongest potential candidates for a State of Play showing.

Other games which also have been tipped to appear during State of Play tonight include Modern Warfare 2, news on the next-gen version of Red Dead Redemption 2 and maybe even the reveal of Death Stranding 2.

Another heavily rumoured upcoming game that could at last get announced this summer are new titles in the Silent Hill series.

Multiple Silent Hill games are reportedly in the works including a remake of Silent Hill 2 and a new mainline game.

While there are plenty of rumours swirling around, Sony’s conference today is only around 30 minutes.

So some of the games tipped to appear tonight could instead get a showing at a later date.

With Summer Game Fest around the corner that’s one place where publishers could drop some big announcements, while Sony may also have other events planned for later this year where news could be revealed – such as a new PS5 Games Showcase or a PlayStation Experience conference.