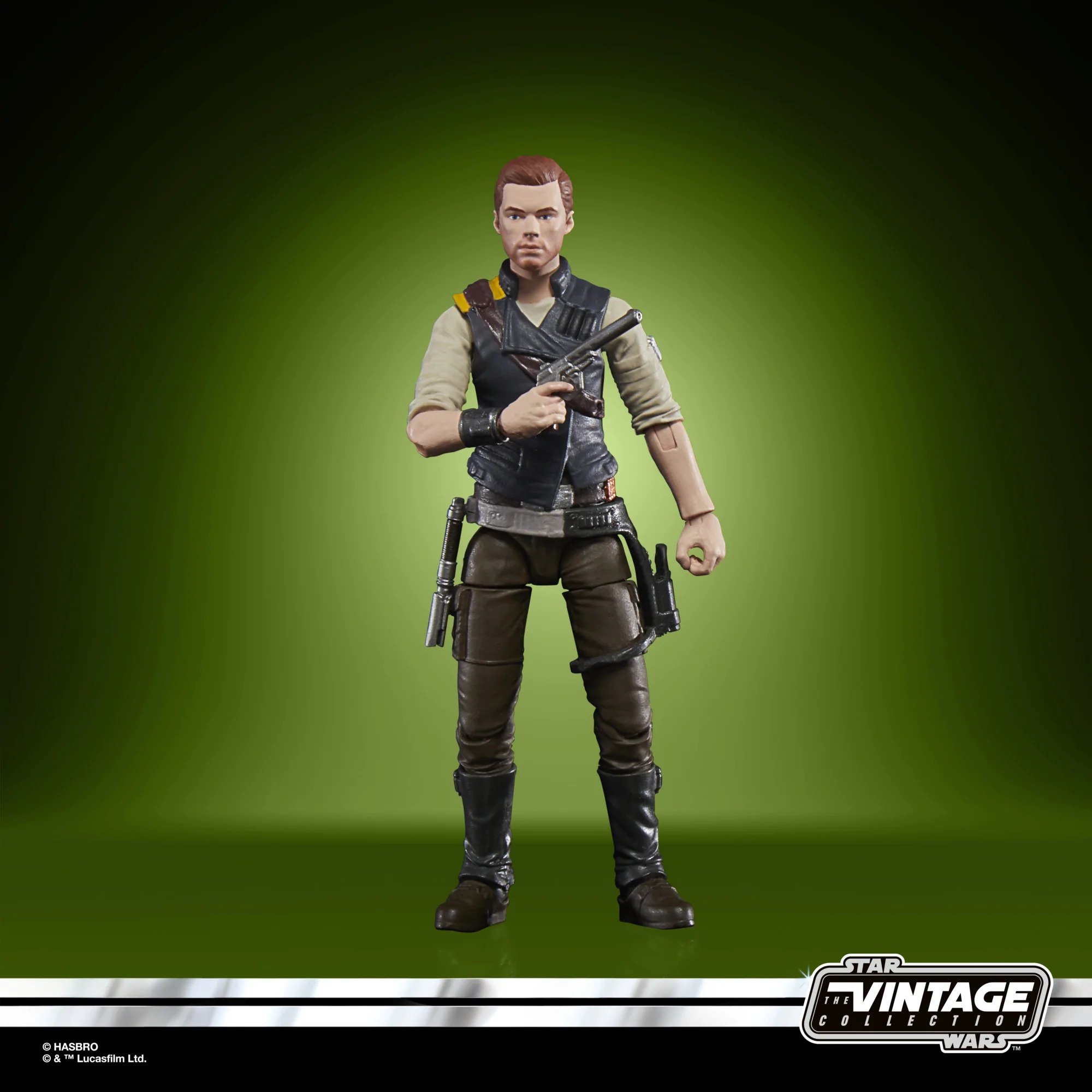 EA might be keeping the sequel to Star Wars Jedi: Fallen Order a secret but the tie-in toys give some hints about what’s to come.

It was the San Diego Comic-Con over the weekend, geekdom’s equivalent to E3 which, despite the name, is usually about movies, TV shows, and toys.

There’s usually a few video game adjacent announcements though and this year that included a sneak peak at some characters from Fallen Order sequel Star Wars Jedi: Survivor.

This came through the medium of Hasbro action figures, with the one of protagonist Cal Kestis sporting a beard and carrying a blaster – which implies the sequel may feature more gun action than the original.

He’s got a holster and everything, which suggests the blaster isn’t just a random inclusion, and it may be that he uses it when not trying to let on that he’s a Jedi, as happened in the Obi-Wan Kenobi series.

Cal is also no longer wearing a poncho and has a blue lightsaber, with no sign of a double-ended one or any of the wilder customisations from the first game.

The Cal figure is from the old school 3.75 inch Vintage Collection but two six inch figures from the Black Series were also revealed.

KX Security Droids (the same type as K-2SO from Rogue One) were already in the first game but this one has some sort of fuel canister or power generator on its back which, considering it’s outlined in red, we’re going to guess you have to shoot.

The other figure is a B1 Battle Droid, which wasn’t in the first game. Existing Star Wars canon suggests the battle droids were decommissioned fairly quickly, so it’s rare to see them outside of the prequel era.

There are a few named characters, that reached C-3PO style sentience, but this seems to be a bog standard cannon fodder robot and can even fold up for deployment.

What all this suggests about where the story is going is not clear but this is still more than EA has ever said about the game, which is due out next year but about which, officially, we know next to nothing.

The toys don’t give away who’s in the tank, from the teaser trailer, but the suggestion that the new game will feature a lot more gunplay is an interesting hint at the gameplay.