If you’re new to Spellbreak, Tempest probably isn’t the best class to start with. It’s skills and attacks are more difficult to take advantage of, and it requires a lot of nuance to play correctly. However, if you’re determined to become the quickest Battlemage in all the Hollow Lands, here are a few things you should know about the Tempest.

Without a doubt, Tempests are the fastest class in all of Spellbreak. Using its Wind Surge skill, you can quickly boost around the map and run circles around your opponents. You’ll also want to master the Wind Jump, which lets you jump off of walls, rocks, and other obstacles. As far as attacks go, your basic attack is Wind Shear, which summons a gust of wind to damage opponents and deflect spells. Your Sorcery will be Tornado, which sucks in opponents and deals a bit of damage.

As a Tempest, the ground is your enemy – many of your passive skills boost your damage output when floating in the air, so do everything you can to stay airborne during combat. This includes using your own Tornadoes to propel yourself skyward and taking advantage of the Springstep Rune.

As you make your way to each new circle, you’ll earn new passive skills. Here’s what you’ll benefit from as a Tempest:

Level 1: Wind Surge – Using Wind Shear on the ground performs a Wind Jump. This moves you quickly through the environment and increases your mana recharge delay to 1.25 seconds.

Level 2: Updraft – Immune to your Tornadoes pull effect, and upon entering your squad’s Tornado you’ll be launched into the air.

Level 3: Squall – For the first second you are in the air, spell damage increased by 20% and incoming damage reduced by 10%.

Level 4: Sudden Gust – For the first second while in the air, Sorcery cooldown speed increased by 100%.

Tempests can’t deal much damage at long range, so you’ll either want to remedy that weakness or accentuate your close-range prowess. If you’re looking to snipe foes at a distance you’ll want to pair your Wind Gauntlet with a Frost Gauntlet. This gives you the ability to use Ice Lance, a powerful ranged attack that deals massive damage.

If you’d rather be a close-range tank, opt instead for a Fire or Toxic Gauntlet. Both of these offer plenty of damage to nearby foes and can even be mixed with Tornadoes to devastating effect. Keep in mind that most of your damage output will come from your Secondary Gauntlet – Tempests typically use their main Gauntlet as a method of transportation. 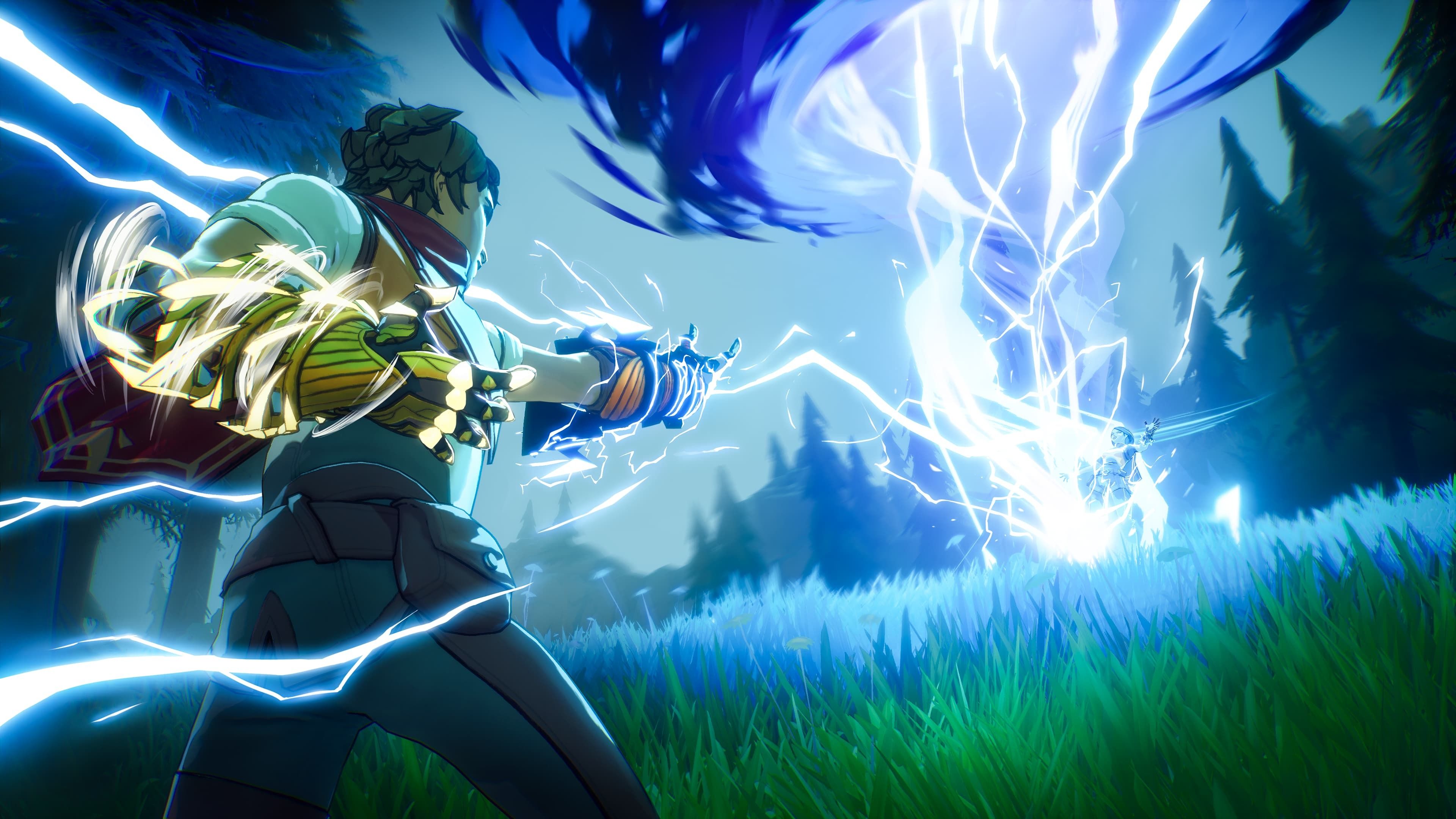 Runes are always a personal preference based on playstyle, and that’s especially true for Tempests. With so much of your playstytle determined by your Secondary Gauntlet, it wouldn’t hurt to cater your Rune choices to what works best with your off-hand. Still most players will recommend Springstep – for easy aerial access – and Teleport – to quickly close the distance between foes.

As far as Talents go, you can’t go wrong with the following:

Mind: Spellslinger – Store extra Gauntlets/Runes in your inventory and reduce your Sorcery cooldown.

Tempest has a lot of great elemental interactions. Here are a few you should try to take advantage of:

For more guides, be sure to check out our Spellbreak Hub page.

Related posts:
Best News
Travis Scott Narrates the Official PlayStation 5 Trailer
SPORT1 Launches Pan-European Esports TV Channel eSportsONE, Extends Partnership With ESL
Immortals: Fenyx Rising Has Already Gone Gold
ESL expands media partnership with SPORT1 – Esports Insider
Sony's PS5 Sold More in First 12 Hours Than the PS4 Did in Its First 12 Weeks
Recent Posts
This website uses cookies to improve your user experience and to provide you with advertisements that are relevant to your interests. By continuing to browse the site you are agreeing to our use of cookies.Ok