With Final Fantasy VII Remake one month away, Sony Interactive Entertainment Japan has announced a wearable neck speaker that is themed after the game.

Priced at 29,380 yen (which is about $272 US), users are able to essentially place the neck speaker on their shoulders in order to experience sound from a whole new and different perspective. Interestingly enough, the neck speaker already exists, with the only difference being that the Final Fantasy VII Remake version comes with different packaging and a logo on the side. Other than that, it’s safe to say that the model performs the exact same functions as the normal version.

For those who may be interested in the Final Fantasy VII Remake neck speaker, pre-orders are available via the Sony Store Japan and are expected to ship around March 20.

For fans who are not necessarily into wearable tech, or may not care about the wearable neck speaker, there is a PS4 console cover themed after the game as well. Retailing at 4,000 yen (which rounds to approximately $37 US), the PS4 console cover is available in the jet black color, comes with the game’s logo, and has Cloud’s Buster Sword along with a design on it. It’s worth to note however that the console cover is only compatible with the standard PS4 model.

For fans who may be interested in the console cover more than the wearable neck speaker, pre-orders are currently available on the Sony Store Japan website and are expected to ship around April 10. 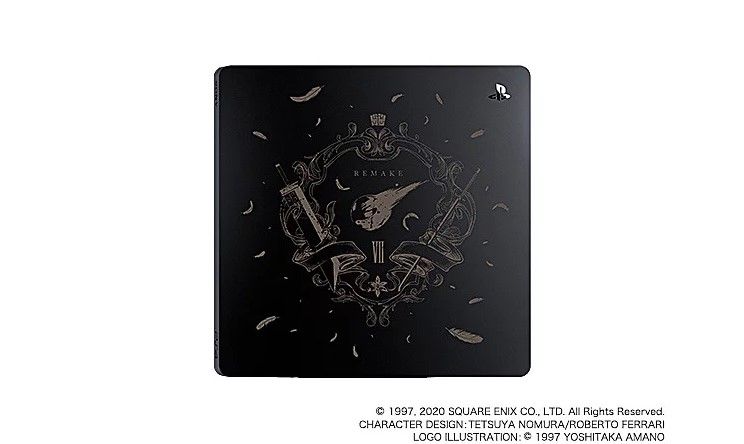 Considering how much excitement and anticipation is surrounding Final Fantasy VII Remake, it’s not too surprising to witness various marketing tactics in the process. For instance, last week, Ferrero and Square Enix announced a partnership to bring Final Fantasy VII Remake players DLC and a PS4 theme by having them purchase different candy bars as a promotional feature. In return, fans of the game are sure to boost Ferrero’s product sales as they try to net themselves the theme and DLC for the game. A similar concept can be applied to Sony’s wearable neck speaker and PS4 console cover as well.

The first part of Final Fantasy VII Remake will come out exclusively for the PS4 on April 10, 2020. In the meantime, players can download the new demo.