Sonic Frontiers really does look exactly like Zelda: Breath Of The Wild 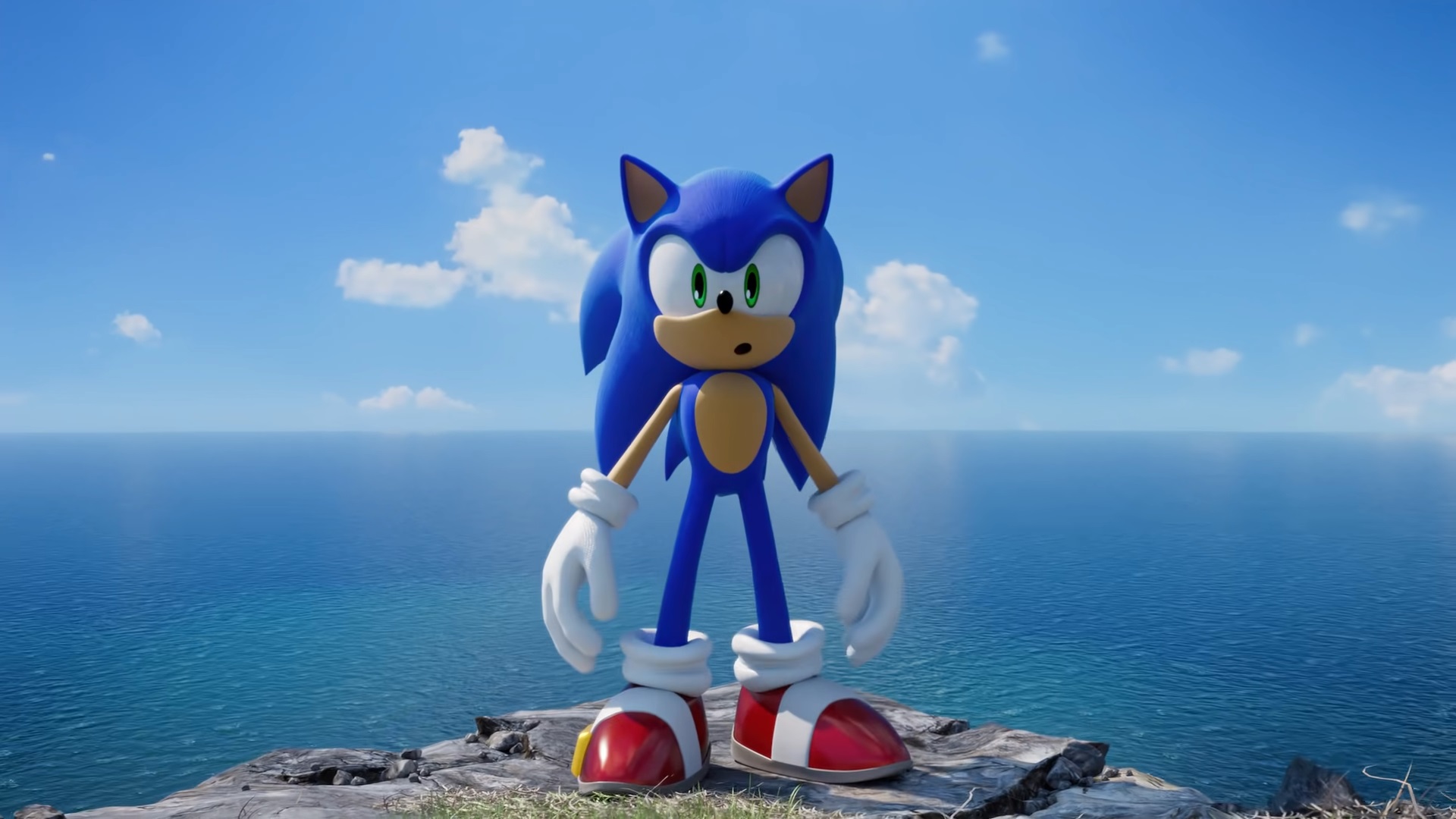 Extended gameplay footage for Sonic Frontiers is promising, but there are still plenty of unanswered questions.

After yesterday’s tease, we’ve got a much more extensive look at Sonic Frontiers and its gameplay. The lack of any commentary means there’s still a lot of mystery surrounding it but one thing is clear: it won’t be shaking off the Breath Of The Wild comparisons any time soon.

Aside from the fact that the gameplay is set in open, grassy plains and a forest that brings to find the setting of Hyrule, it even begins with Sonic scaling a giant tower of some sort.

It’s not as simple as the towers Link had to climb, however, consisting of platforming challenges, grind rails, and springs to help Sonic reach the top.

At one point, he transitions from running up the walls to manually climbing it before switching back to running. Whether this is indicative of a stamina meter of any kind is unclear.

With the switch from self-contained levels to an open world, Sonic Frontiers appears to have a much stronger emphasis on exploration and puzzle solving.

One such puzzle involves putting out flames, with Sonic creating a glowing blue circle around them that creates a gust of wind.

We saw this technique in yesterday’s preview, when attacking enemies. Today’s longer session didn’t show off any combat, but robots can be seen floating about the world and can apparently be avoided completely.

Typical features from previous games can be found scattered across the world as well, like rings, springs, and hoops to jump through to reach other locations.

There are also several different collectibles, like glowing pink hearts and blue coins, but their purpose and whether they’re optional or not remain a mystery.

As for Sonic’s overall moveset, he seems to function no differently than he did in previous games like Sonic Generations and Sonic Forces. He jumps, stomps, homing attacks, boosts, and can scale walls with far more finesse than Link.

There’s a great sense of speed to his movements, although ironically it seems Sonic Frontiers will require players to take things a bit slower when it comes to exploring and solving puzzles.

It’s a decent first showing for the game, but we did spot some pop-in, with background elements appearing out of nowhere as Sonic moved around.

Plus, it’s difficult to tell how smooth Sonic’s movement will feel just by looking at footage. We won’t know for sure how well it plays until we have the game in our hands.

IGN has promised to share more exclusive info about the game throughout the rest of the month. So, Sonic fans have plenty to look forward to in the coming weeks.