Perhaps jumping on the Lady Dimitrescu bandwagon, a Silent Hill fan bought the silenthill.com domain and used it to point out that Pyramid Head is also very tall, and he came first.

“Most recently, Lady Dimitrescu and her daughters have received a fair amount of attention, far more than we anticipated,” Takano said. “It’s great that they’re able to take the spotlight as icons of Resident Evil: Village. Lady Dimitrescu, especially, has received much fanfare both domestically and overseas, which has made all of us in the development team extremely happy.”

It is extremely happy to hear, and there’s a lot of fanart of our good Lady celebrating her enormous size. But there’s at least one Silent Hill fan that just needed to point out that Lady Dimitrescu is not the first extremely tall horror video game villain.

That honor goes to Silent Hill’s Pyramid Head, a terrifying man wearing an equally enormous pyramid-shaped helmet and carrying a huge sword. He never had the same wide appeal as Lady Dimitrescu, but that’s probably because he threw way too much of the game away by wearing nothing above the waist. If the guy had kept something for the imagination like Lady Dimitrescu, then maybe Silent Hill would never have gone on extended hiatus.

Which is likely why this unknown Silent Hill fan felt the need to actually purchase the SilentHill.com domain name and post a picture of Pyramid Head pointing out his nine-foot height. 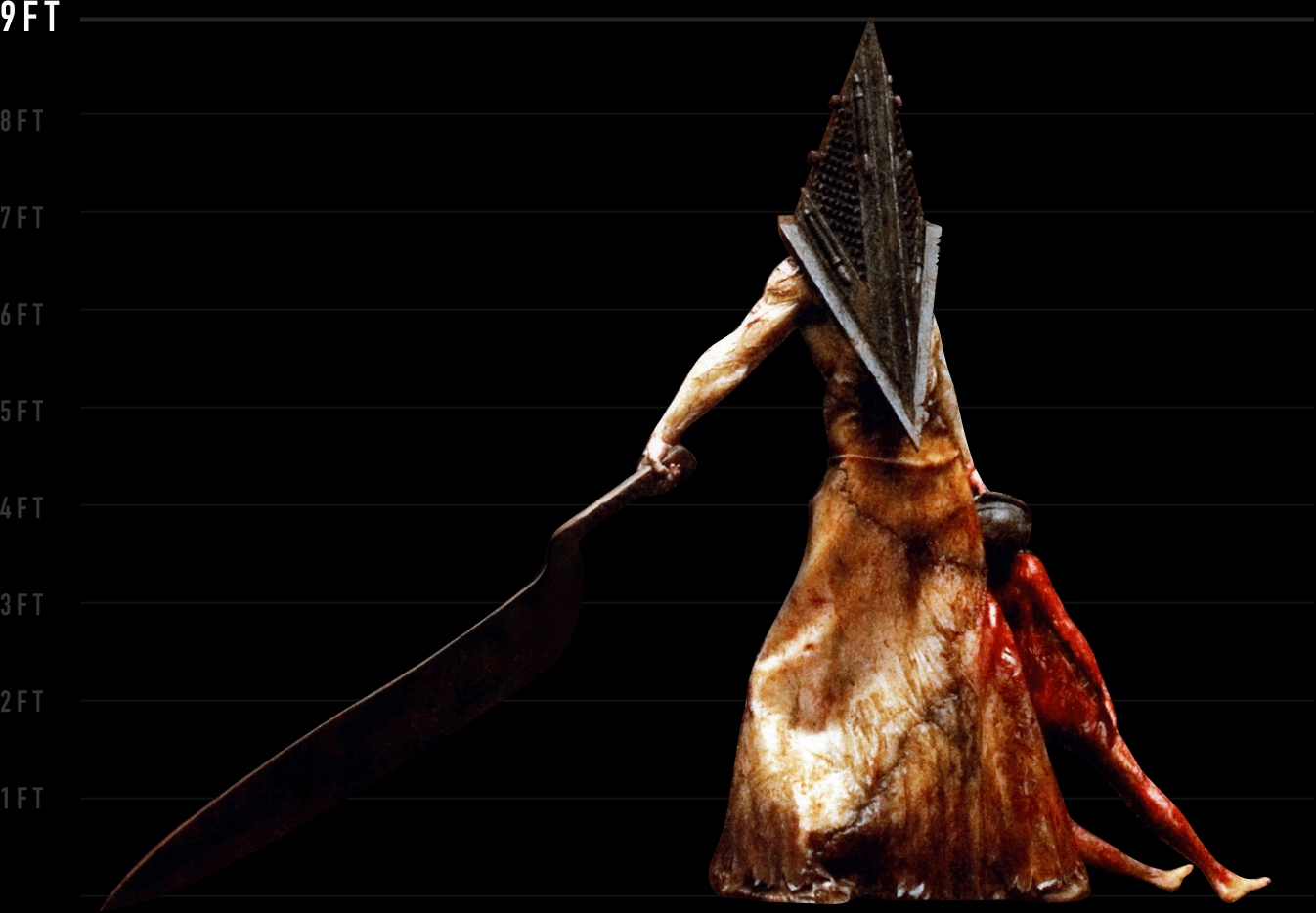 Anyway, as fun as this image is, it may also be an example of domain squatting. If there really is a Silent Hill reboot in the works, as has been long-rumored and even hinted at recently by Silent Hill composer Akira Yamaoka, then Konami is likely to want SilentHill.com for whatever new game is coming out. Hopefully this doesn’t cause a fight later on.