Smite is a multiplayer online battle arena game, similar to League of Legends, that features gods from various pantheons duking it out. It's a third-person action game that has players using abilities in real-time, requiring both aiming and timing skills. From Thor to Ra, there are dozens of characters to fall in love with, while developer Hi-Rez updates the game with new gods at timely intervals.

If you're new to Smite or hopping back in, it's important to know who reigns supreme in the current meta. Though the Guardian role is more of a supporting class and isn't as popular as the more attacking ones, there are a handful of tankier gods that work well at helping the team as a whole succeed in the heat of battle. 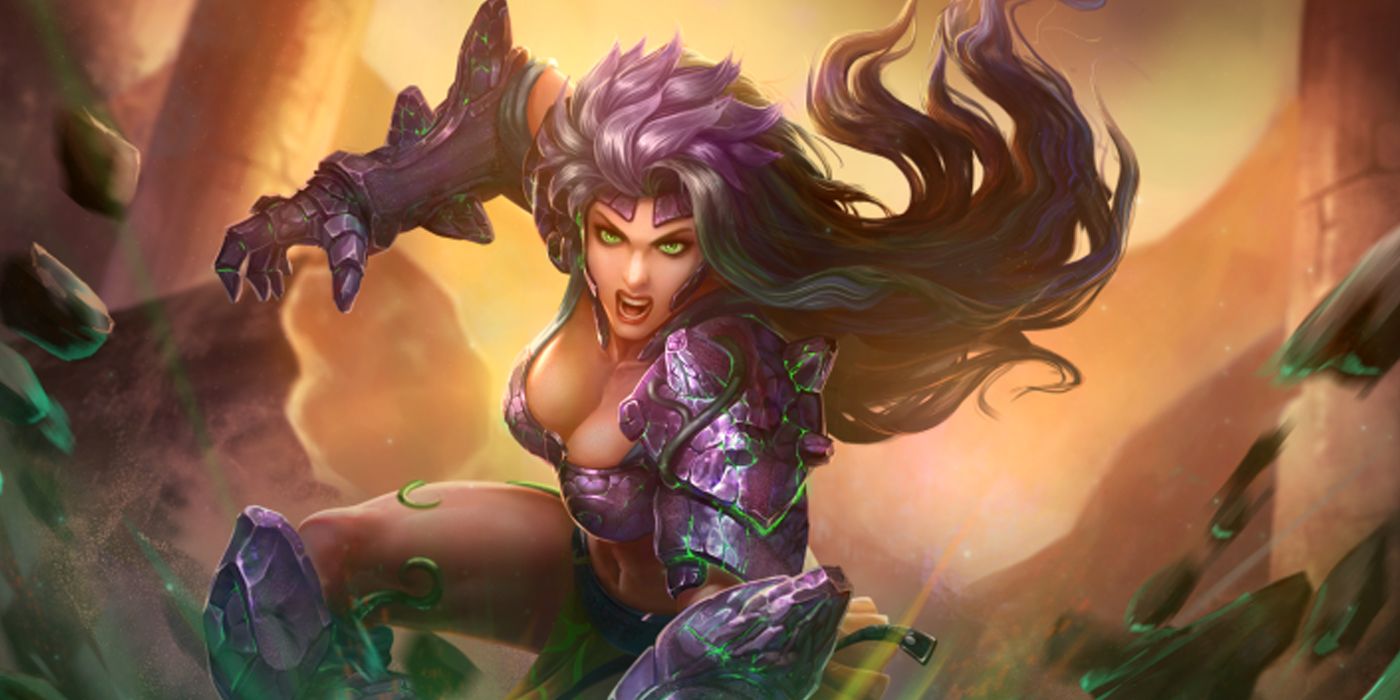 Terra is known as the Earth Mother, but this Roman pantheon Guardian should be known as the Mother of Annoyance. Sure, she can provide her team with healing, but it's how annoying she can be to enemies where her usefulness truly shines.

Terra's second ability is called Crushing Earth, a move which lets her smash two stones into an enemy, stunning them for a brief amount of time. Her ultimate is also an area-of-effect buff and debuff that lasts for ten seconds, and can flip a fight in the blink of an eye. 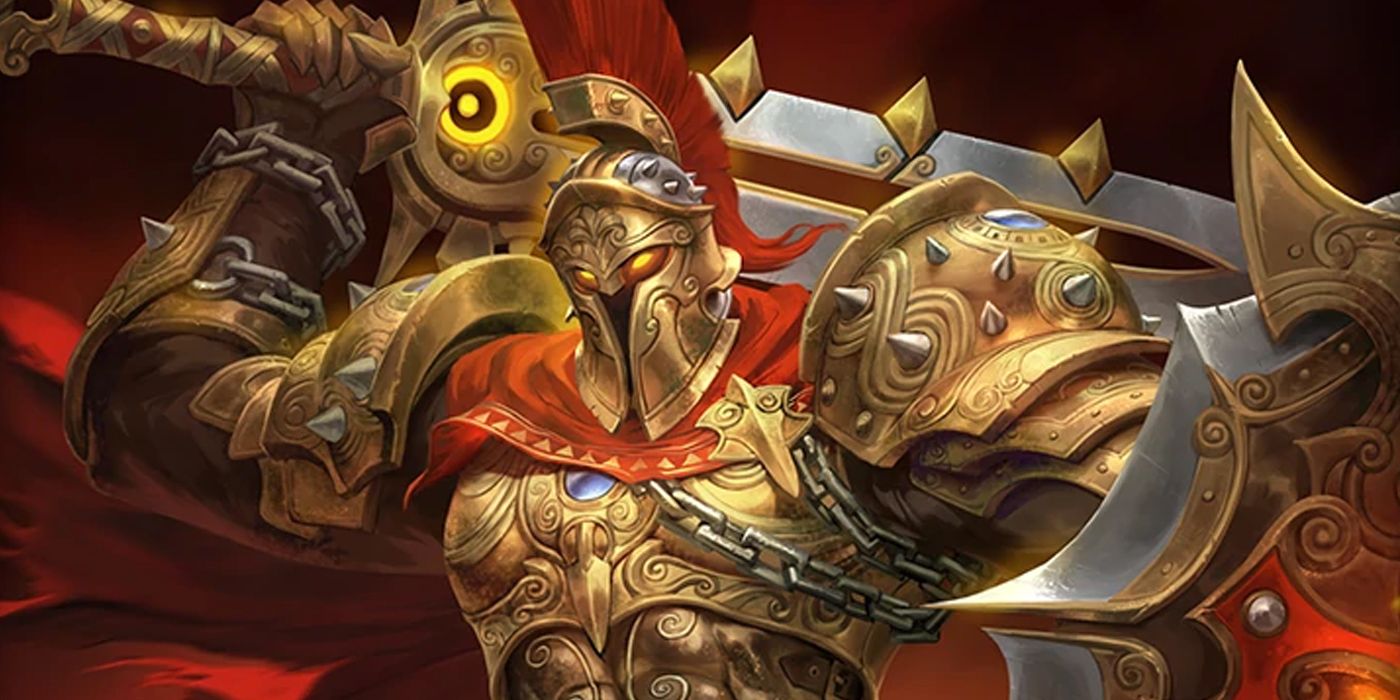 Ares, the God of War, may seem like an odd choice for the Guardian class as he's known for violence and aggression, but his ability kit fits that idea perfectly. He's the type of Guardian that won't do much in terms of saving teammates, but he can initiate team fights and be in the mix.

Ares' ultimate allows him to chain nearby enemy gods, and pull them all towards his centralized location. If teammates are decently skilled, they can time their moves accordingly — resulting in damaging combinations of moves that can easily decide large team fights. Those who love tankier gods, but still want to dish out damage, will find Ares to be the perfect choice. 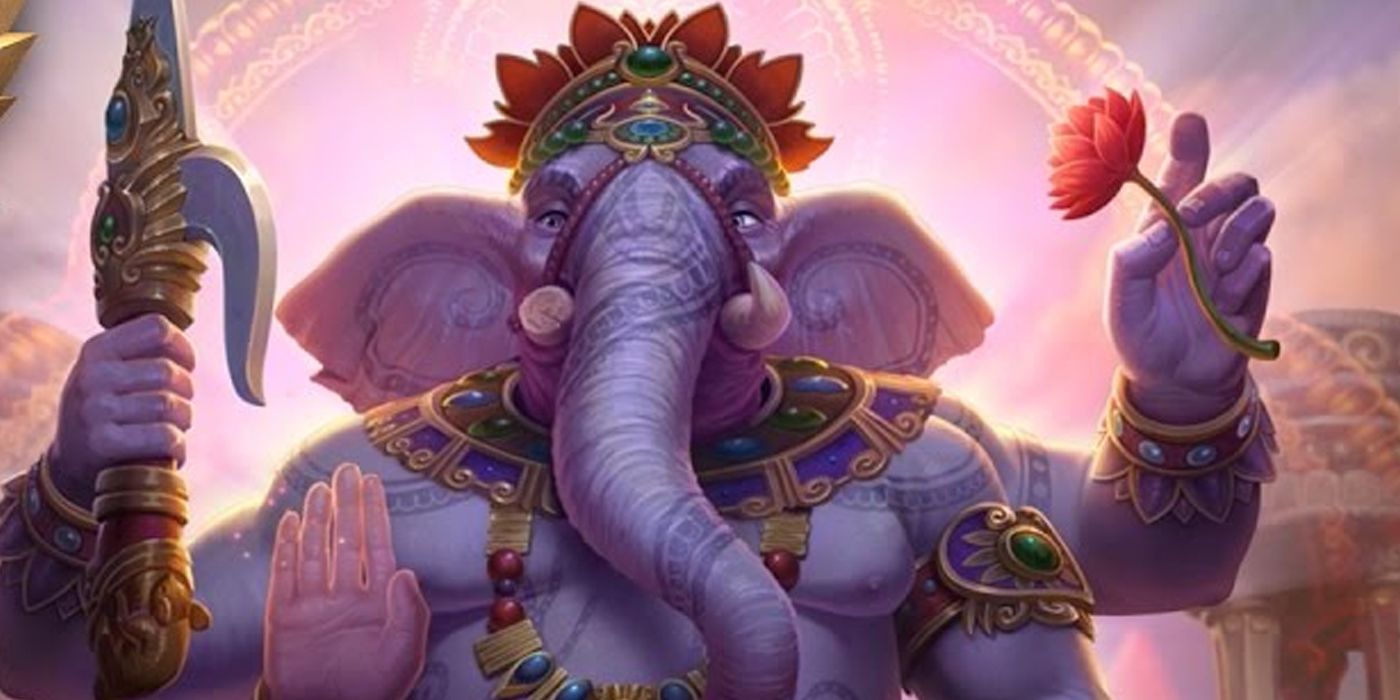 When a being is called The God of Success, as Ganesha is, it's hard to turn a blind eye to that label. This four-armed elephant is the perfect wingman, simply because his passive means he will never steal a teammate's kill. When he delivers the killing blow, the nearest friendly god gets credit instead.

In Smite, having kills stack up for the more damaging roles is very important, as it allows them to level up faster, earn more gold, and in turn become more powerful. When kills get credited to support gods it can hurt team success overall, so Ganesha's passive is a strong support role ability. 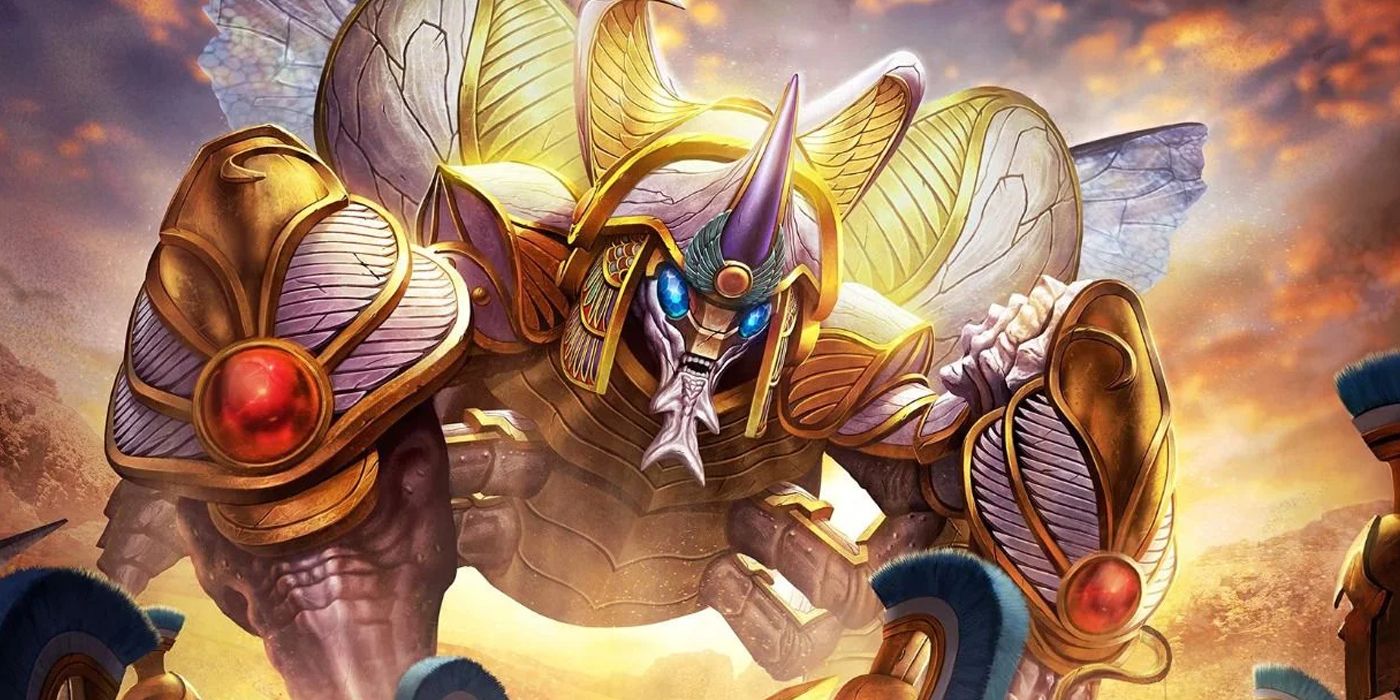 The Dawn Bringer of the Egyptian pantheon is a giant beetle known as Khepri. It's a much more traditional Guardian, one that has a kit focused on helping its teammates. In addition to its stun and grab moves that help set up friendly kills, Khepri's ultimate can be a major player in overall team success. It revives whoever it is placed on when their health bar reaches zero, and brings them back to life at Khepri's current location.

Playing with randoms is a roll of the dice, as some people are much more aggressive than others, but Khepri's revival ultimate allows you to reign it in and mitigate constant aggressive behavior from one of your allies. It also doesn't hurt that this ultimate conjures a rectangular arena that damages and slows any enemies caught inside it — creating a shooting range of sorts for allies. 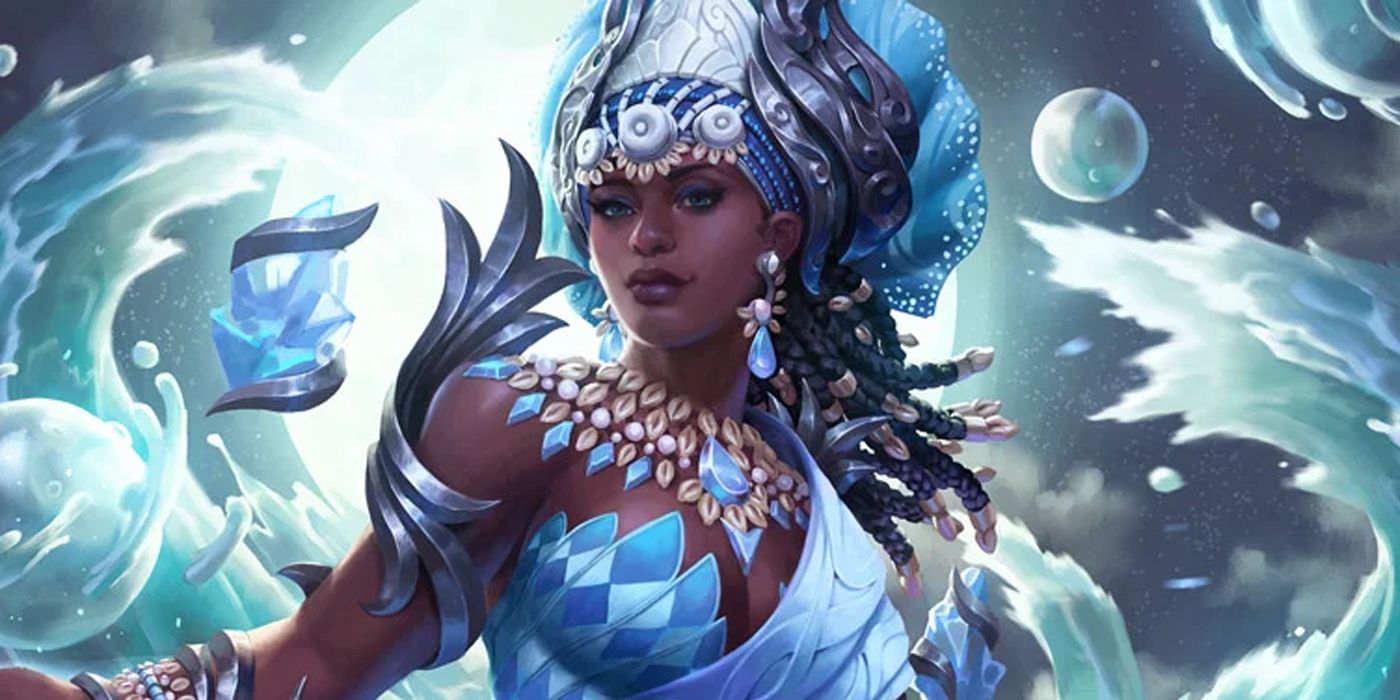 Yemoja is a Guardian that will likely look intimidating and unappealing to new players, and that's because her usefulness as a support isn't as obvious as it is with gods like Khepri and Geb. Her moves require a bit more finesse and accuracy than fellow Guardians, but positioning her in the right place can help her dictate fights on the battlefield.

Her ultimate ability, River's Rebuke, creates two large waves on either side of her. It's most commonly used to trap enemies inside and set up teammate follow-ups, but another purpose for it is to use it as a barrier to protect retreating allies and create a window to heal and regroup. 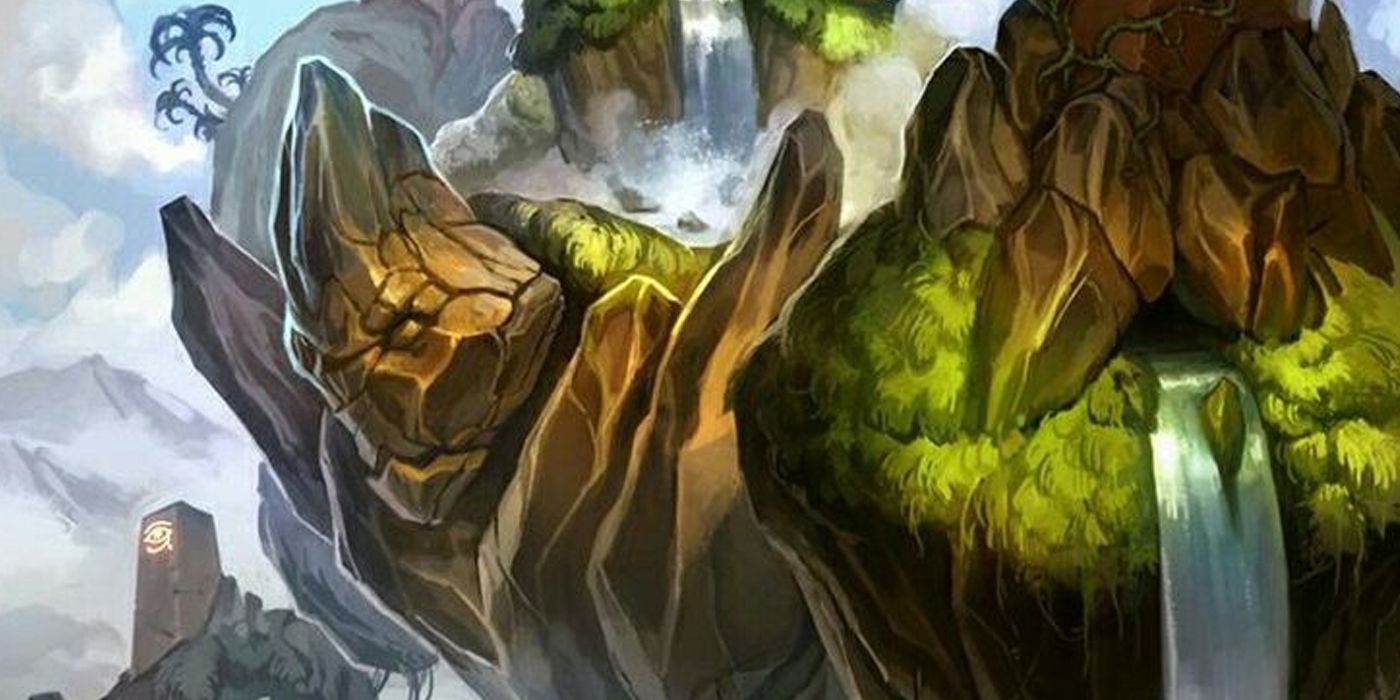 Among the Guardians that are more traditionally supportive, it's hard to find one better than Geb. Despite his physical appearance, he's put together quite well in terms of overall design and usefulness. He has a shield that can be placed on both his allies, as well as himself. This shield negates inflicted damage and can often be the difference between your team winning an engagement or not. His mobility is outstanding, as he has a roll that traverses long distances, and which can also knock back enemies that are hit.

The common move is to buy the blink relic and use it in combination with his stunning ultimate ability — a move that locks enemies in the Earth for a moment, using it as an initiation tactic for team fights. Geb is versatile enough to aid a team, depending on what they're looking for from their Guardian. 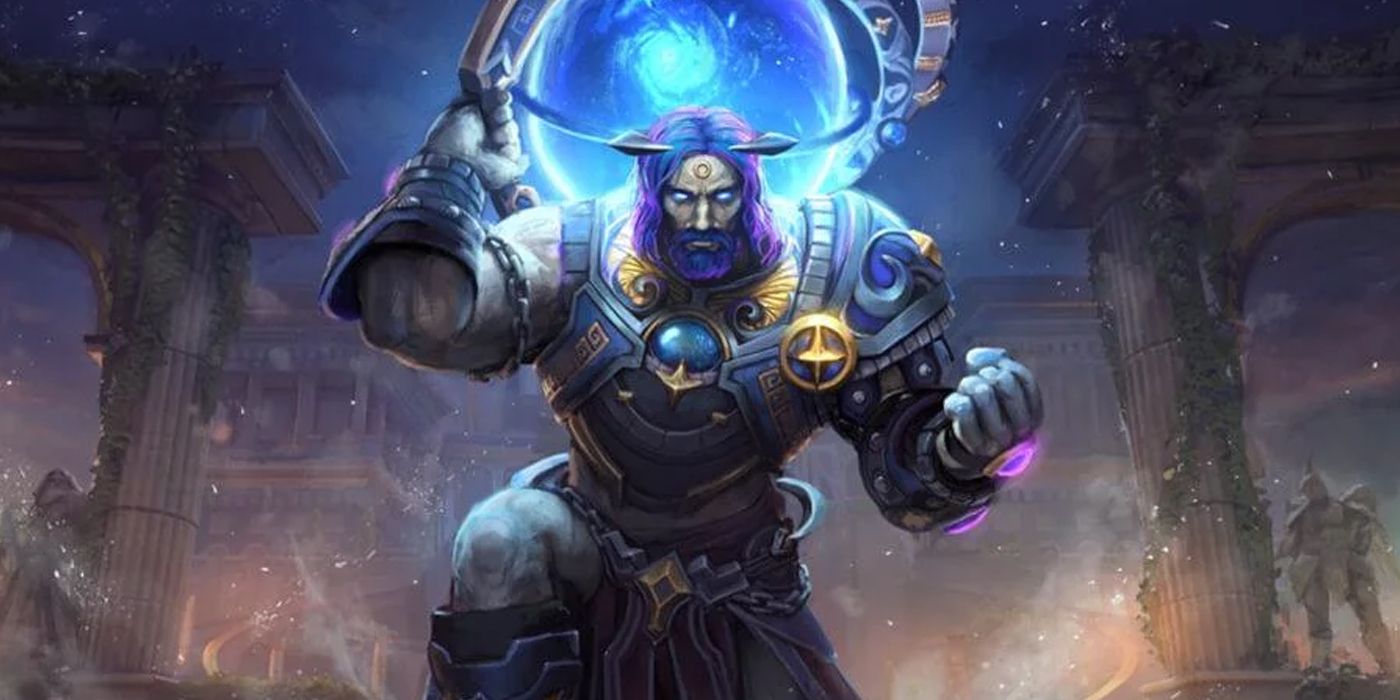 Atlas is the newest Guardian to have landed on the Smite roster, and in typical fashion, he's rather powerful. It likely will be a bit before he's nerfed substantially, so if you're slightly interested in playing him there's no better time than now. The titan known for carrying the Earth has an annoying kit that allows him to pull in and grab opponents at will.

His damage output is pretty good, but it's his disruption and chaos in team fights where he truly shines. Gamma-Ray Burst, Atlas' ultimate, is deceptively powerful, and can clean up enemies who have survived with a slither of health and who are trying to get back to base. 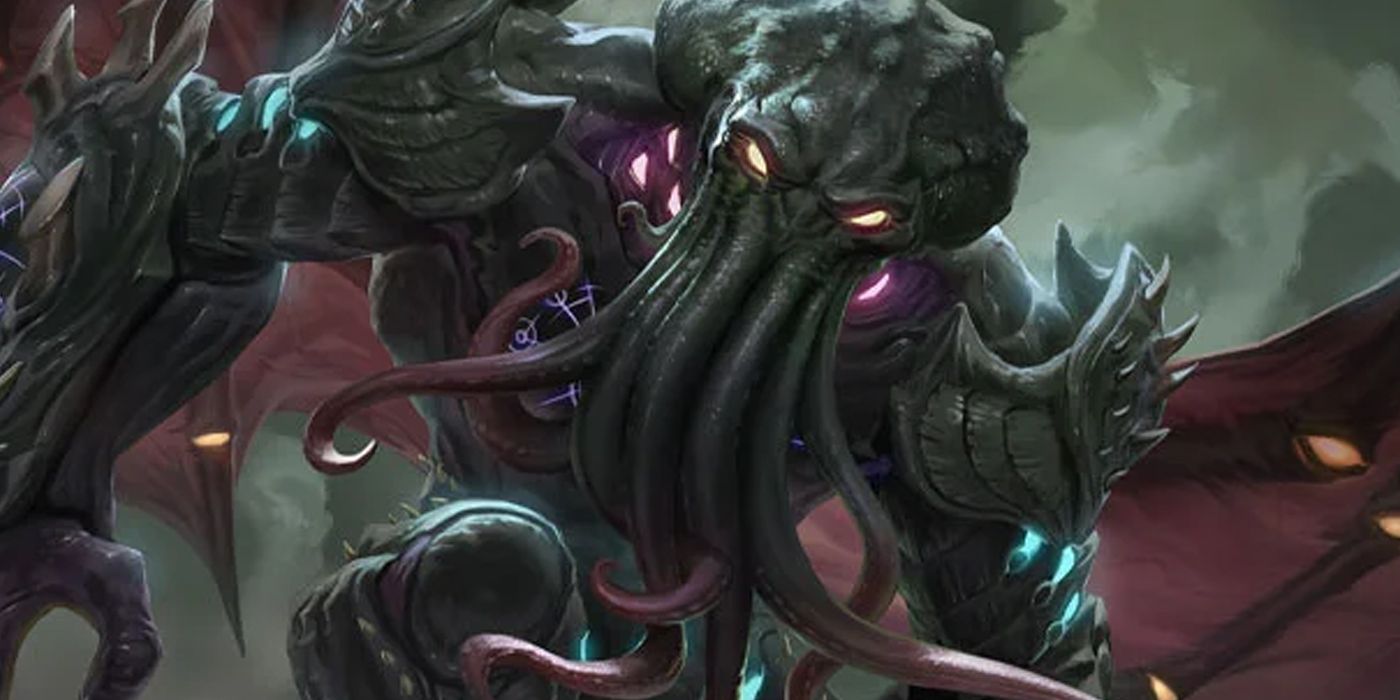 Cthulhu has always had a demanding presence, and anyone familiar with Lovecraftian lore understands how powerful the giant Old One truly is. He's currently considered the best Guardian in Smite, simply because of his overall versatility. Pairing his solid damage output with his ability to not only slow enemies, but chase them down, makes him a good finisher as well as a setup guy for his team.

It may not sound like it's true, but Cthulhu's physical profile on the battlefield is also useful, as it can cloud the enemy team's sightlines and provide a bit of confusion when team fights break out. Cthulhu is a high-skill Guardian who is more than worth learning, simply based on his dominance.