Home » News » Smell Like A Champion With These Super Smash Bros.-Inspired Soap Bars

Smell Like A Champion With These Super Smash Bros.-Inspired Soap Bars

Ever wished you could smell like your favorite fighter from Super Smash Bros., and defeat your opponents with style and grace while looking like an actual professional? Well now that fantasy can be a reality thanks to Smashersoap, a website that sells a variety of soap bars inspired by the cast from the Super Smash Bros. games.

According to Nintendo Life, the Smashersoap website was thought up by an Iowa based college student as “a fun way for the community to wash up” based on the stigma that Super Smash Bros. tournament players (or any other competitive scene) have bad body odor and don’t take care of their personal hygiene. After some time, Smashersoap’s creator’s idea escalated and caused him to create soap bars themed after the games’ fighters as a way for players to stay “cool and focused” for their battles.

The soap bars themselves are of course a parody and are not endorsed/ associated with Nintendo nor Super Smash Bros. in a direct way (especially knowing how much Nintendo likes to protect its IP). Nonetheless, fans of the games are guaranteed to draw some references between the soap bars and the characters they are supposed to represent. As such, players will most likely resonate with their favorite or most-played character, which in return will cause them to check that character’s soap bar out. 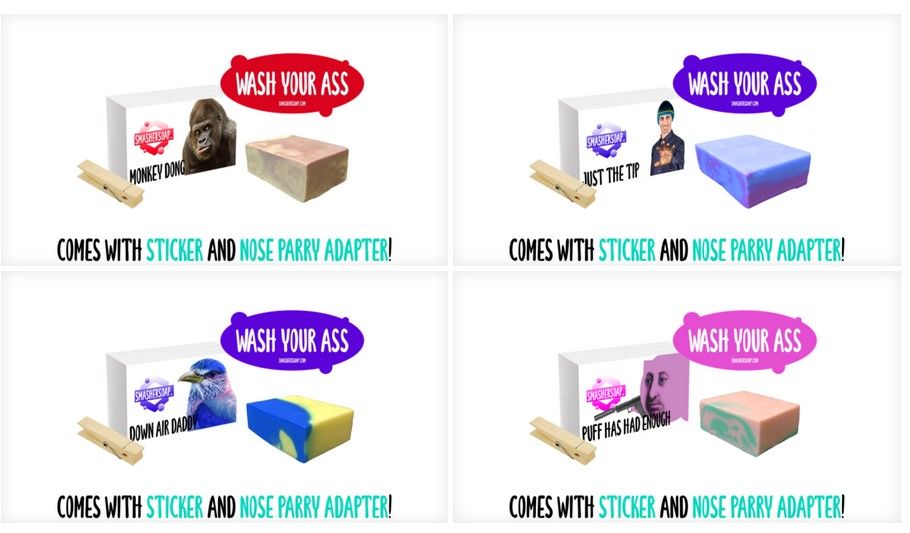 For now, there are four different soap bars one can pre-purchase. Each soap bar comes with a themed bar of soap made from goats milk, a nose peg that is ironically called a “nose parry adapter,” and a sticker that states “wash your ass” on it. As far as the scents go, they are mango, banana, strawberry, and cool water breeze. Additionally, the website writes that the soap bars will always be made from natural ingredients.

Although the first batch of soap bars is scheduled for April 2020, Smashersoap states that new soaps will be released every month. Considering how many fighters there are across all Super Smash Bros. games, it’s safe to say that the website’s soap bar roster will continue to expand and grow exponentially.