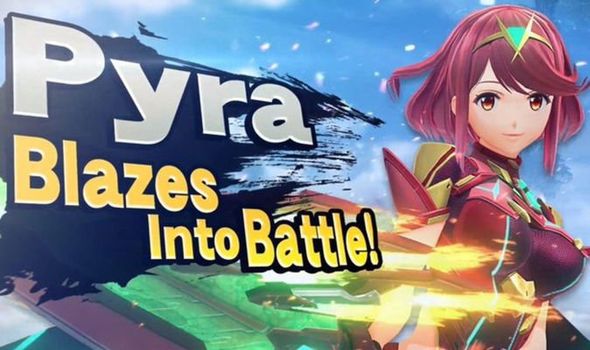 Smash Bros fans will find out the release date for the next major DLC pack heading to the hit Nintendo Switch game.

Announced during the most recent Nintendo Direct, Xenoblade Chronicles 2’s Pyra will be heading to Super Smash Bros Ultimate as a Fighters Pass 2 download.

Pyra will also be available as an individual download, and this Smash Bros pack will also add Mythra as a new SSBU fighters.

And during a live stream next week Nintendo will reveal the Smash Bros Pyra release date.

This will be announced during a stream hosted by Smash boss Masahiro Sakurai.

The Smash Bros stream will air at 2pm UK time on Thursday March 4.

Announcing the upcoming SSBU broadcast the @NintendoUK Twitter account posted: “Tune in on 04/03 at 14:00 (UK time) for an in-depth look at the new #SmashBrosUltimate DLC fighter, Pyra/Mythra, with director Masahiro Sakurai. He will also reveal the fighter’s release date!”

The account went on to add: “The presentation will be roughly 35 minutes long, and there will be no further new fighter announcements.”