Lycanthropy made a return to the series after a brief absence from The Elder Scrolls IV:Oblivion. And the condition plays a key role in several quests, both for the Companions and Daedra. But this power comes with its own perks and drawbacks.

Werewolves have naturally increased strengths and defense, and the perk tree added during Dawnguard is unaffected by race. And once in wolf form, all normal skills are rendered unusable for the duration of the transformation. However, racial abilities and spells that can be cast before transformation can make or break that time transformed. So, these are the best and worst races to play as a werewolf in Skyrim! 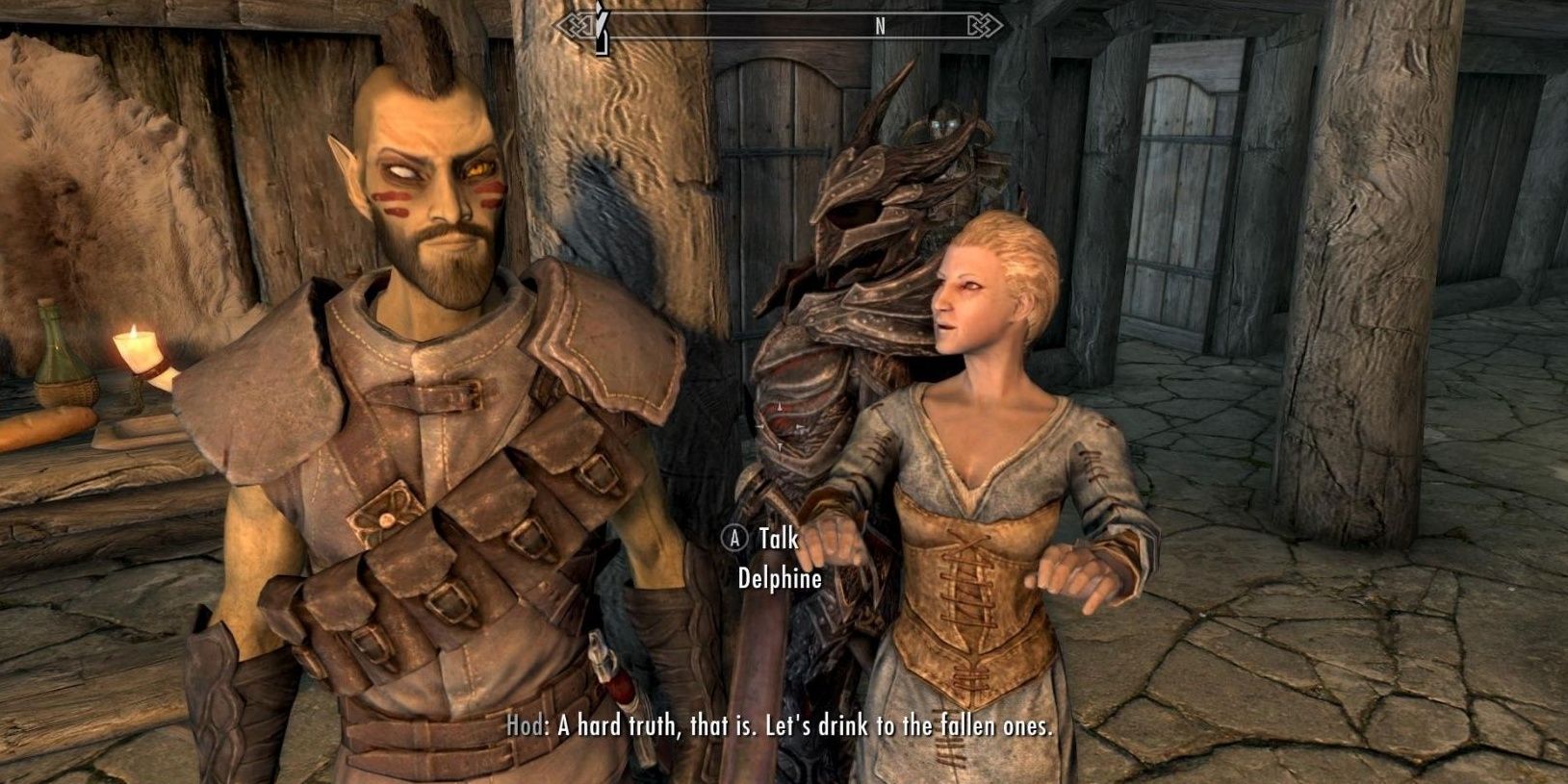 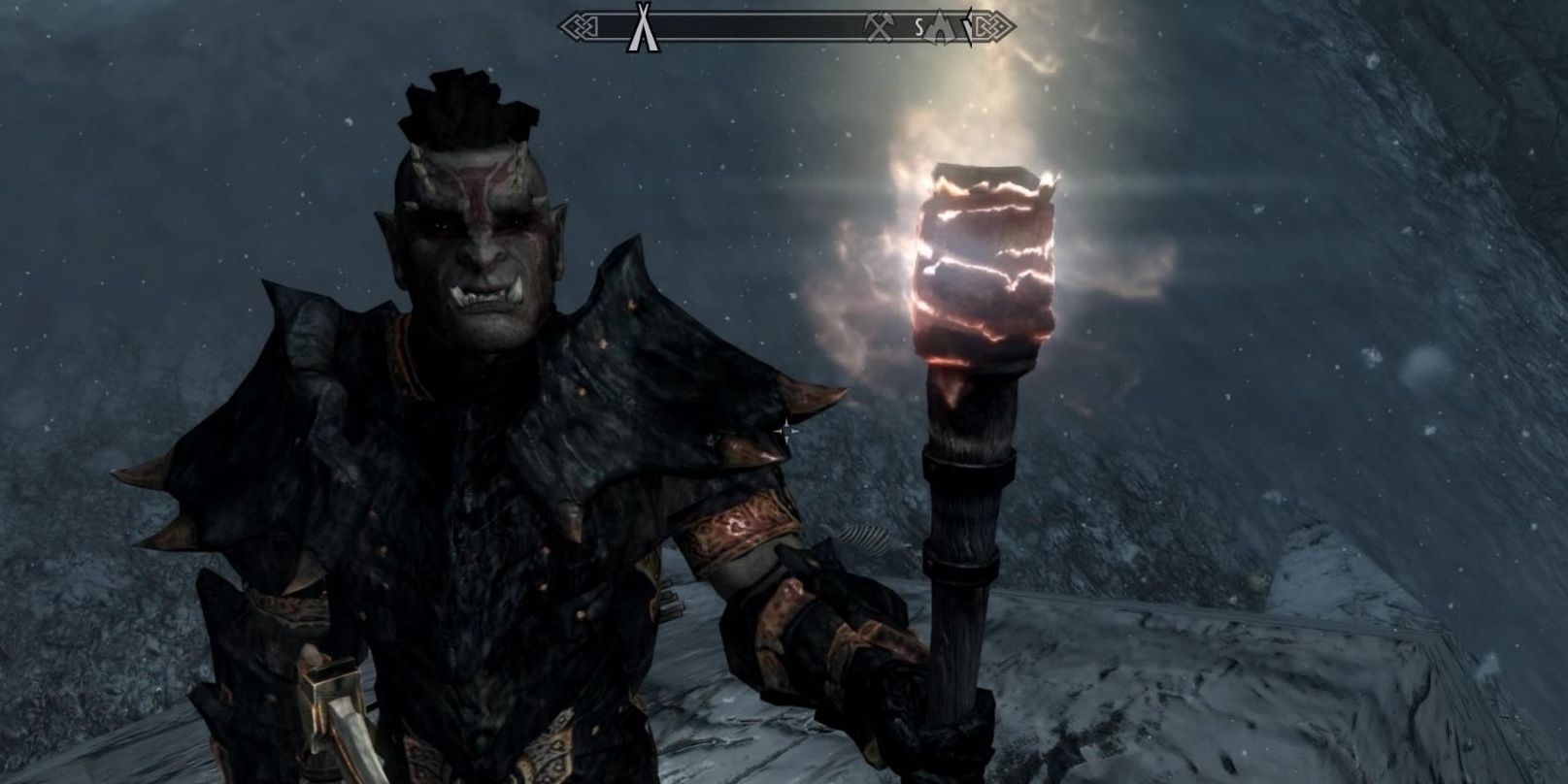 Skyrim’s Orc population don’t have naturally heightened Alteration skills, and by extension, don’t have easy access to the armor spells. And without these spells, orcish werewolves are at a defensive disadvantage. However, don’t write them off yet, as they can make up for this slightly with their Berserker Rage ability.

If used before transforming, it will still last through it, meaning that they’ll have double the defense and offense, even if only for a short while. But a Berserker boost, even a short one, can be the difference between life, and being the throw-rug for some enemy. So for players wanting to walk the path of the wolf, definitely consider playing an Orc! 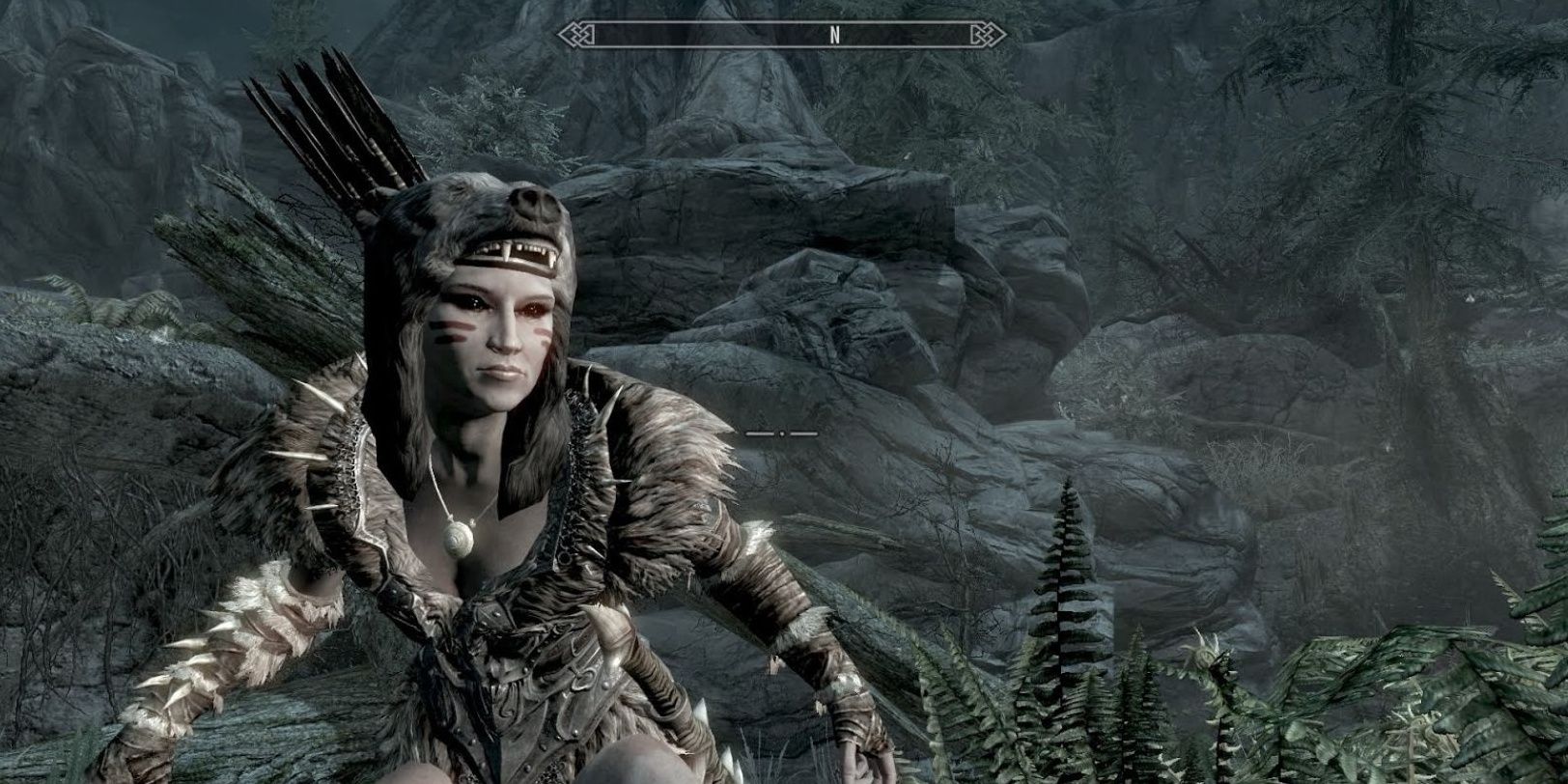 Like High Elves, the people of High Rock have some natural skills in Alteration magic and spells. This means if any of the armor spells are cast before transformation, they’ll only add onto a werewolf’s naturally high defenses. But also, much like Altmer, this defensive bonus means very little, compared to their weak racial ability, Dragonskin. Absorbing hostile spells can help slightly to reduce damage taken, but what is absorbed is turned into magica. And magic is, again, unuseable while turned, rendering the most important aspect of the ability useless. So, it’s still best to pass up on a Breton as a character, if players also wish to undertake lycanthropy. 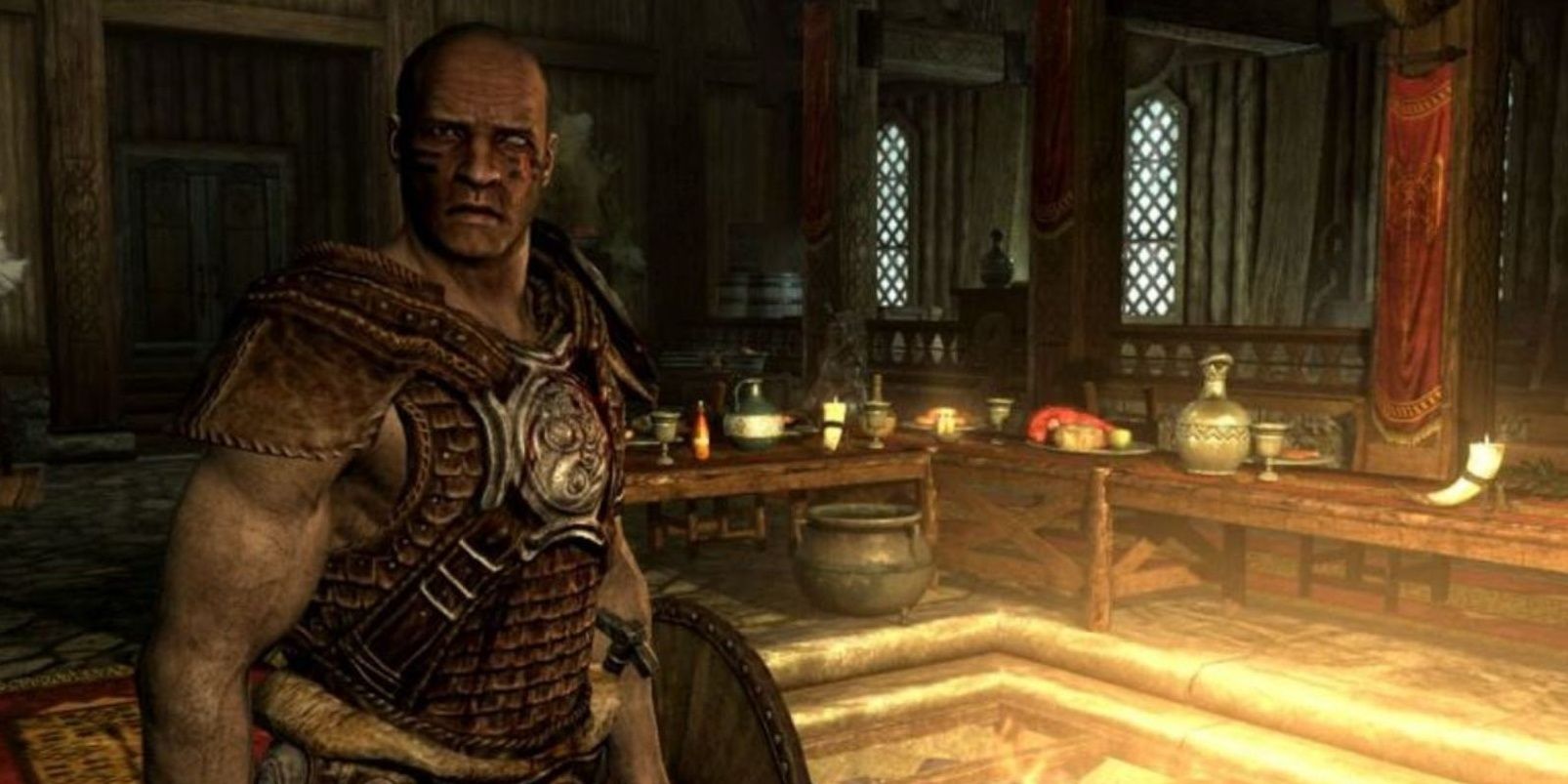 Like Orcs, Skyrim’s native populace lacks any adept abilities in Alteration skills, meaning they’ll also be at a defensive disadvantage when transformed. But unlike Orcs, who can make up for this with their Berserker Rage, Nords are still left without any way to naturally boost their defenses as a wolf. But that’s not to say they’re completely inept when as a lycan, as their own racial ability, the Battle Cry, has its own perks.

Using this ability beforehand will have any NPC — enemy and ally alike — fleeing in terror, which can give lycanthropes a few precious moments to take down their enemies, or their prey. And, of course, Nordic characters will be in good company, as most of Skyrim’s werebeasts are fellow Nords, either in the Companions, or random NPCs about the land. So for any players seeking lycanthropy, Nords are a must to try. 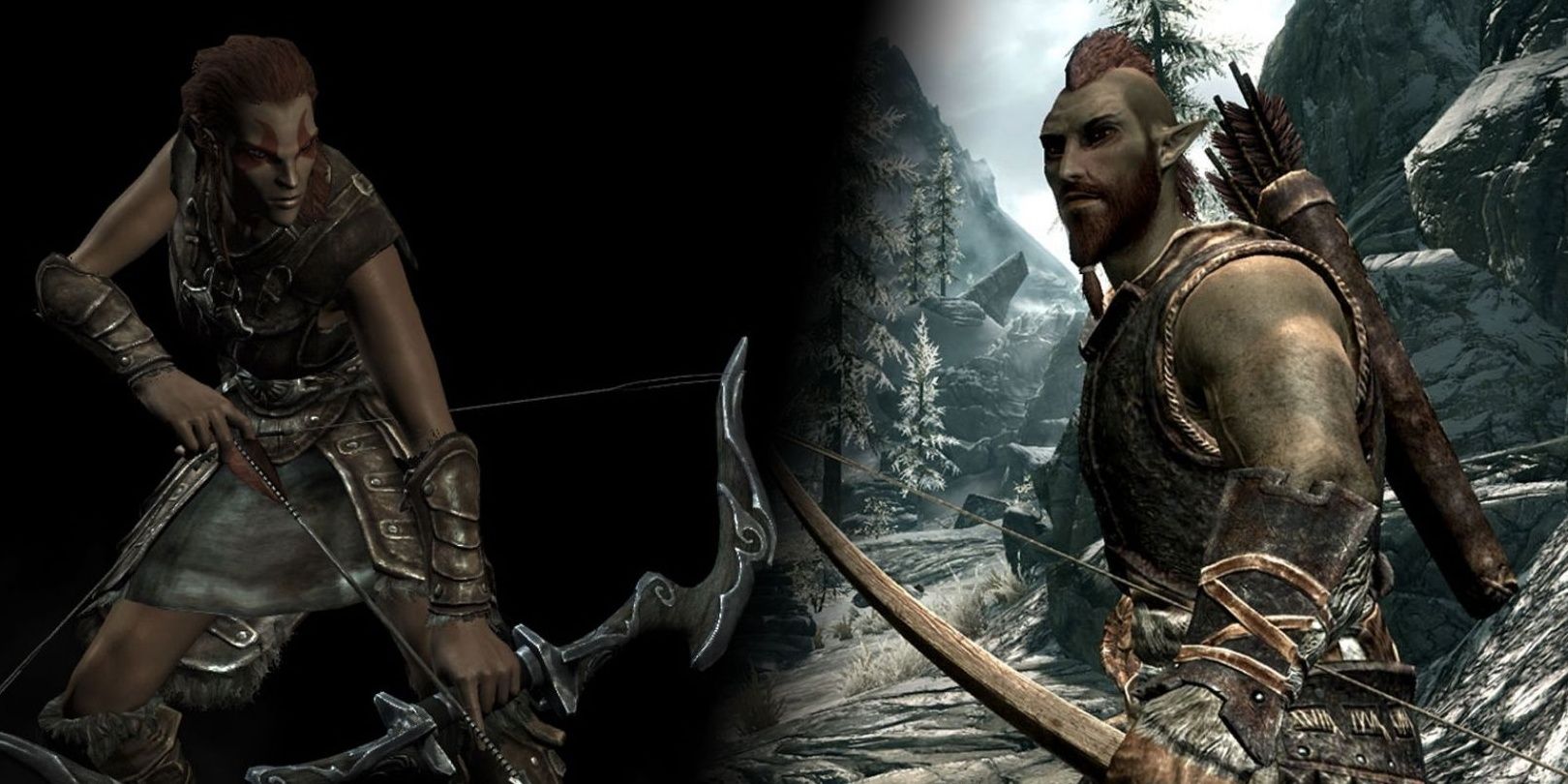 Bosmer also lack any skills in Alteration, and therefore armor spells. So like many of Tamriel’s non-magical peoples, they’ll also be at a slight disadvantage when it comes to defense. And not even their racial ability of Command Animal provides much use in lycan form. While pacifying any aggressive animal can help, especially when facing multiple enemies, it’s not like most of the beasts of Skyrim are threatening enough as is.

And werewolves are strong enough on their own to not need what little help an animal ally can offer. On top of this, even some of the benefits of lycanthropy — like disease resistance — is already inborn in Wood Elves. There’s truly no need for these natural huntsman to be werewolves, and it’s probably best to pass them up for any lycanthropic playthrough. 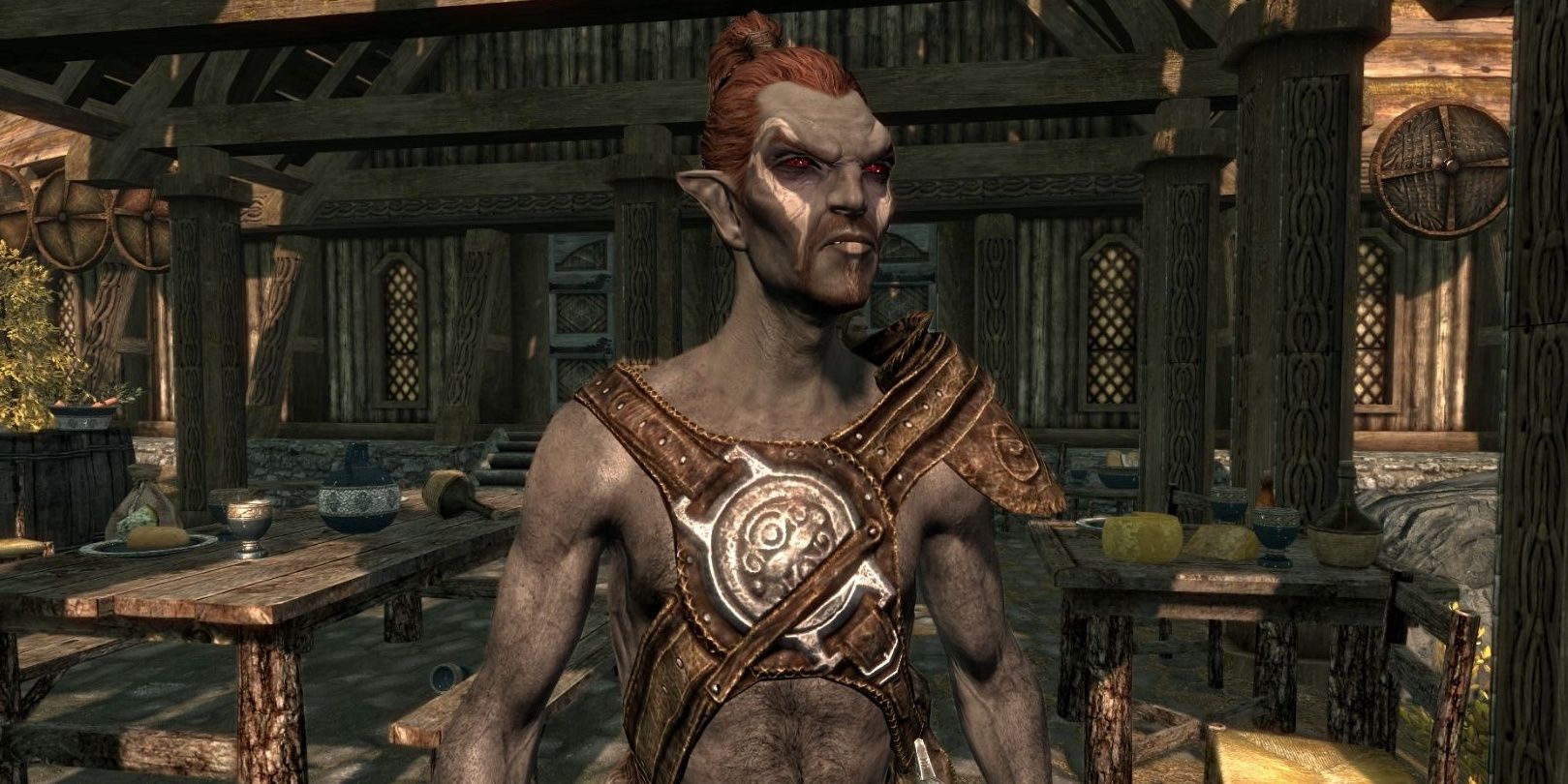 This means that not only will Dark Elf lycans have boosted defenses thanks to Alteration, but also a slight edge on offense, thanks to their ability. Anything that they melee attack, or that melee attacks them, will be dealt the usual fire damage, which is extremely useful in felling any enemy or prey at a rapid pace. So Dark Elves are a definitive must-try for any werewolf playthrough. 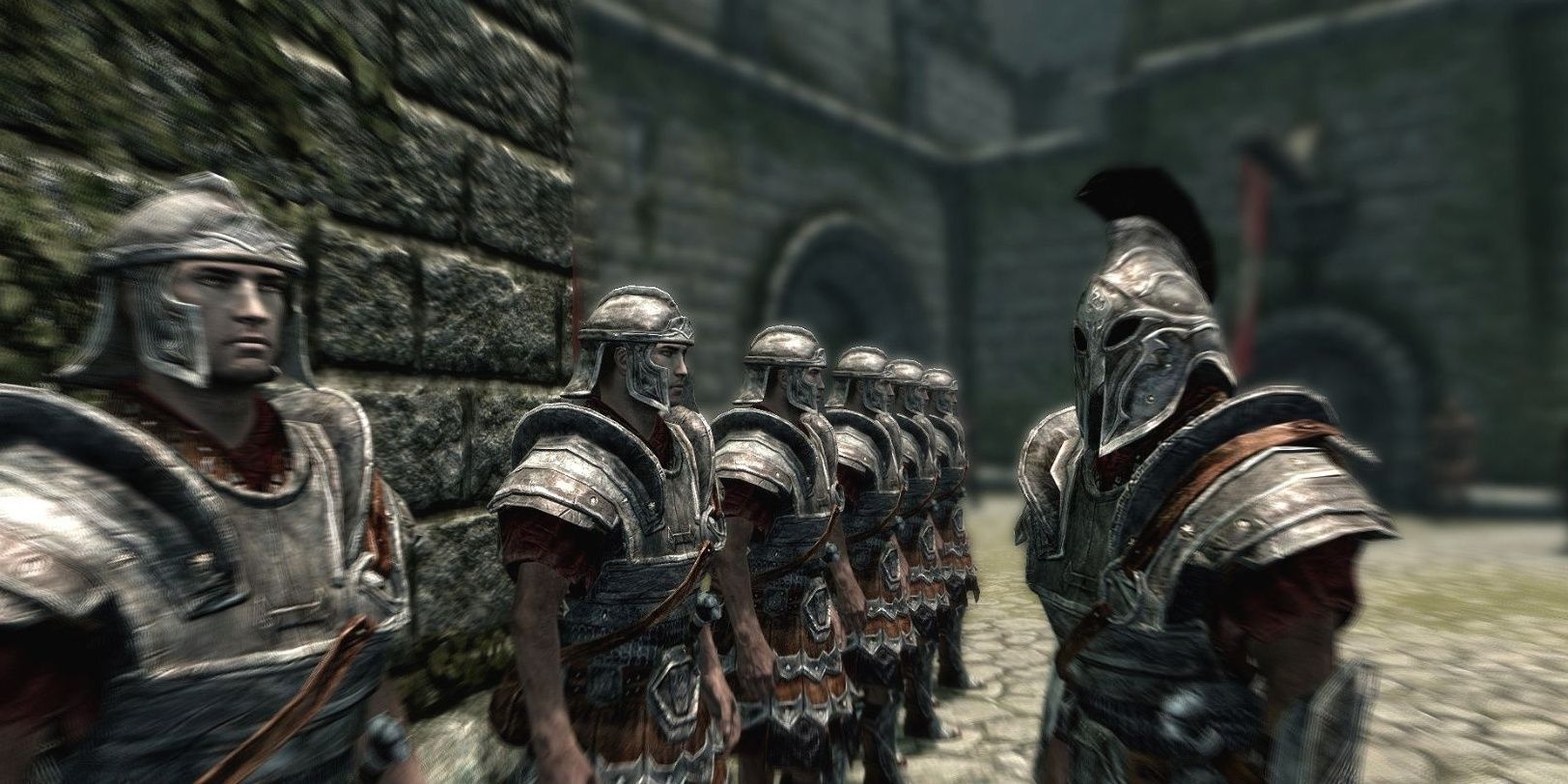 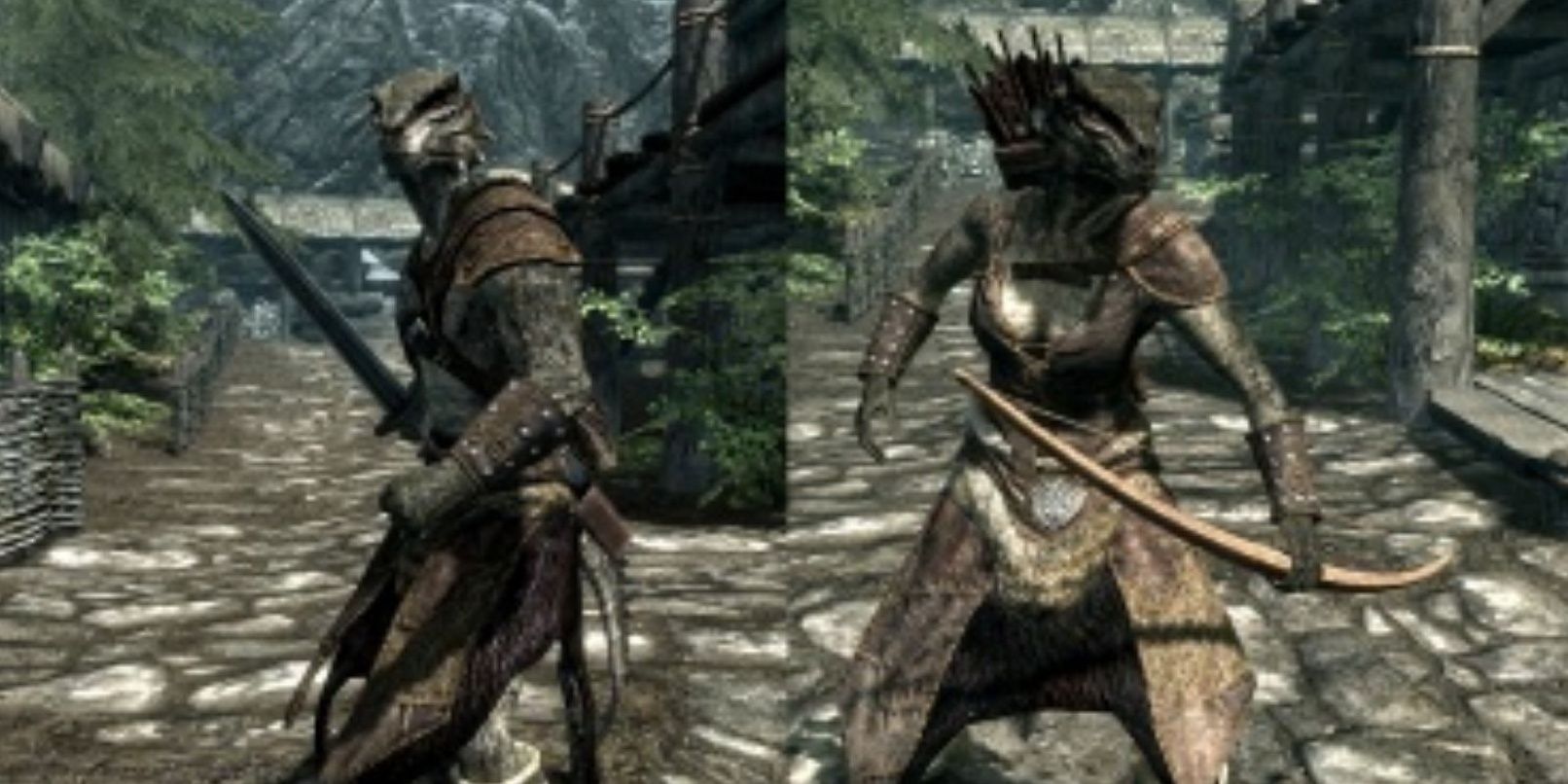 And while their racial abilities of Disease Resistance and Waterbreathing are negated by a transformation, their Histskin is not. And being able to rapidly regenerate health, especially when taking on multiple enemies or already low, is extremely valuable. So definitely consider the people of Black Marsh when becoming a werewolf. 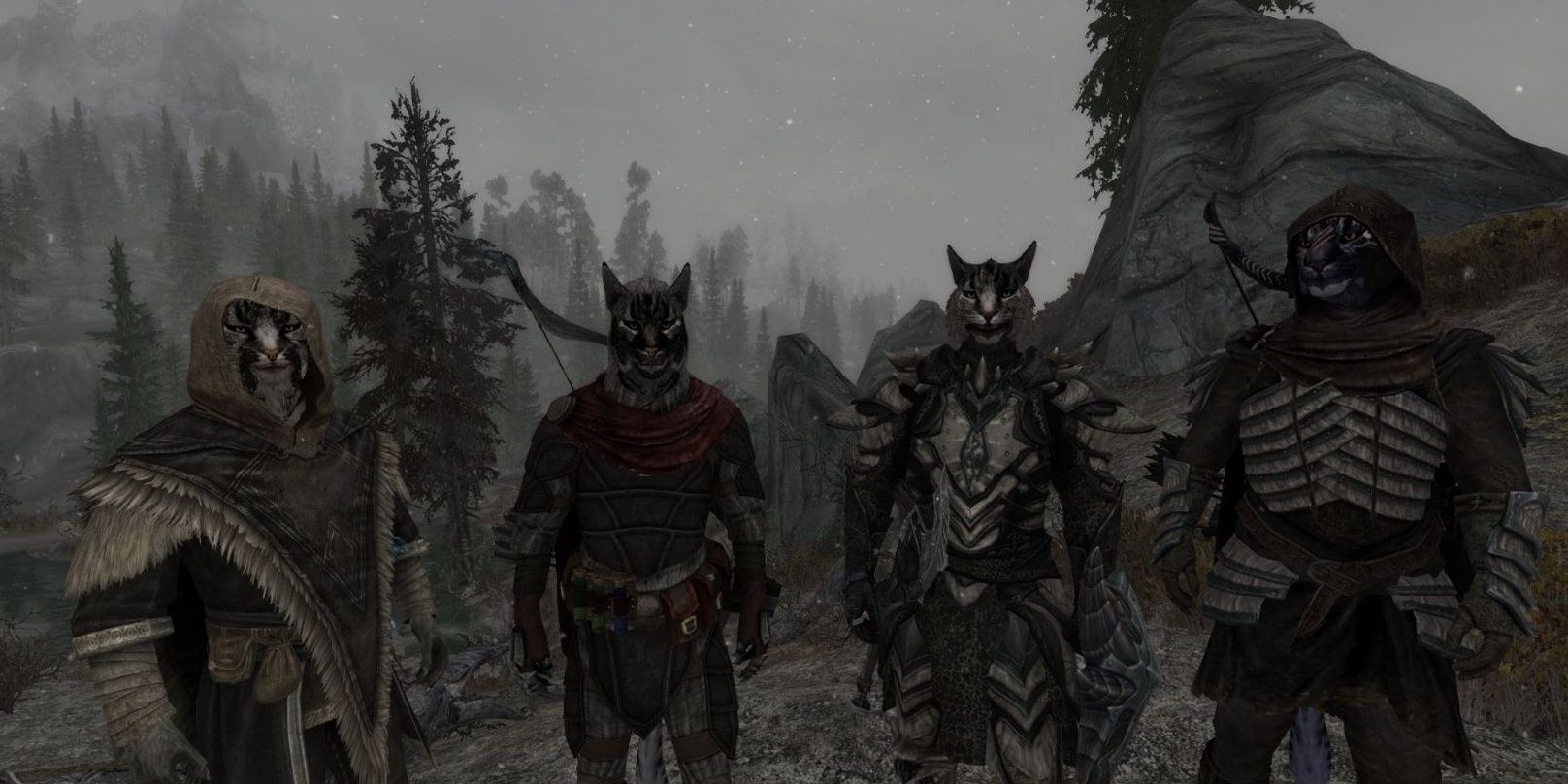 Cat lovers despair, but Khajiits and werewolves just don’t mix well. They don’t have access to Alteration magic, giving the usual defensive disadvantage when transformed. But on top of all this, their racial abilities have little to no use when as a lycan. Their natural unarmed attack — a higher 15 points than other races — pales in comparison to a werewolf’s base attack of 20 damage, and maximum of 150. And considering transformations aren’t only confined to night, their natural Nighteye ability also offers little to no help when turned. So, it’s ultimately best to pass up on playing a feline lycan. 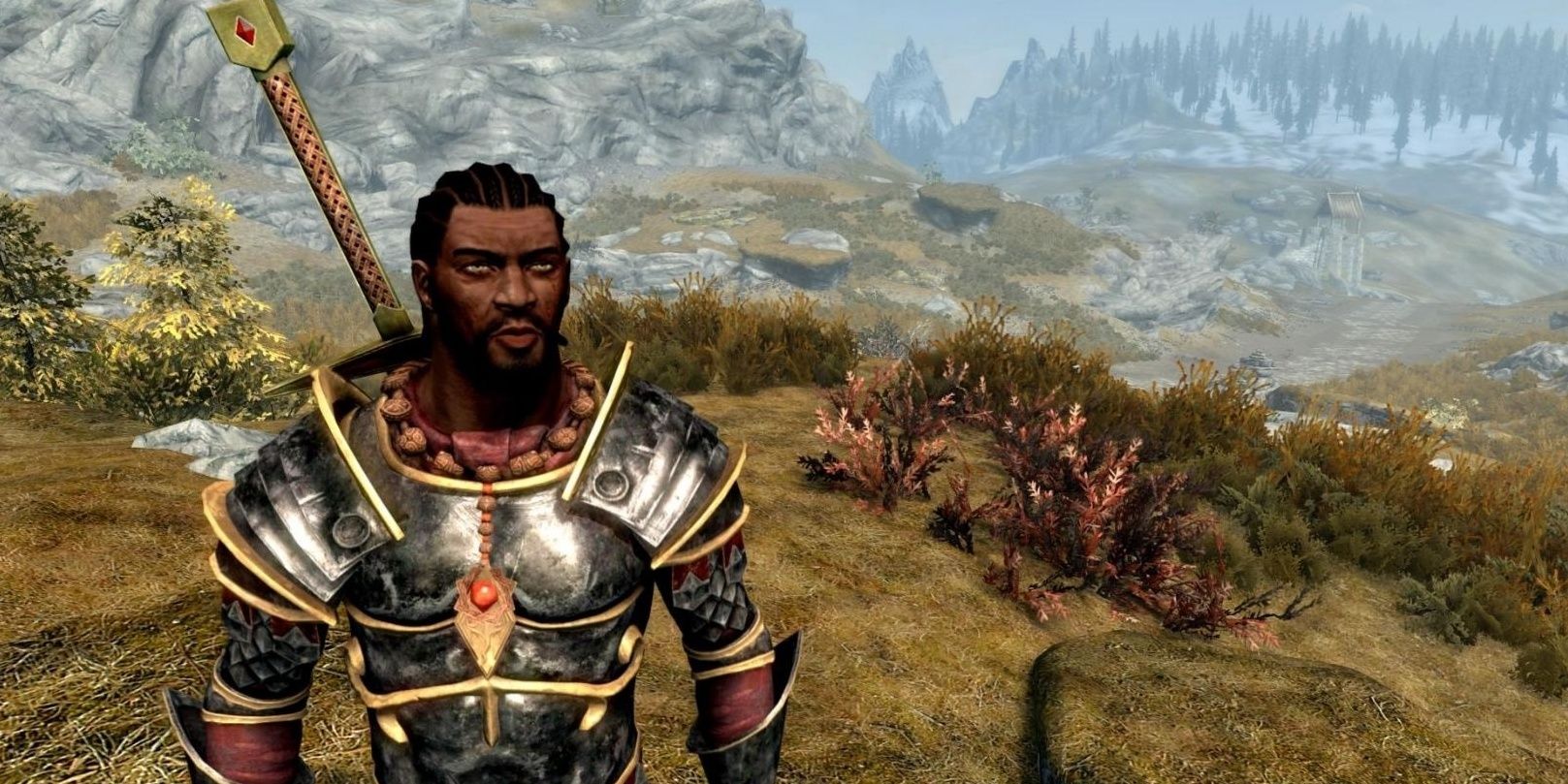 The people of Hammerfell are the last of Tamriel’s races to have heightened skills in Alteration magic. Their natural heightened resistance to poisons are a secondary benefit, as werewolves can still be poisoned while transformed. But their biggest benefit comes in their Adrenaline Rush, which rapidly regenerates their stamina. Given that players can’t consume any potions or foods while in lycan form, the ability for stamina to quickly regenerate on its own is crucial for a variety of things as a werewolf, from sprinting, to doling out damaging power attacks. Undoubtedly, Redguards are the most useful race to play as werewolves, and should definitely be consider for any playthrough.

Next: 10 Free-To-Play Games With Bigger Worlds Than Skyrim 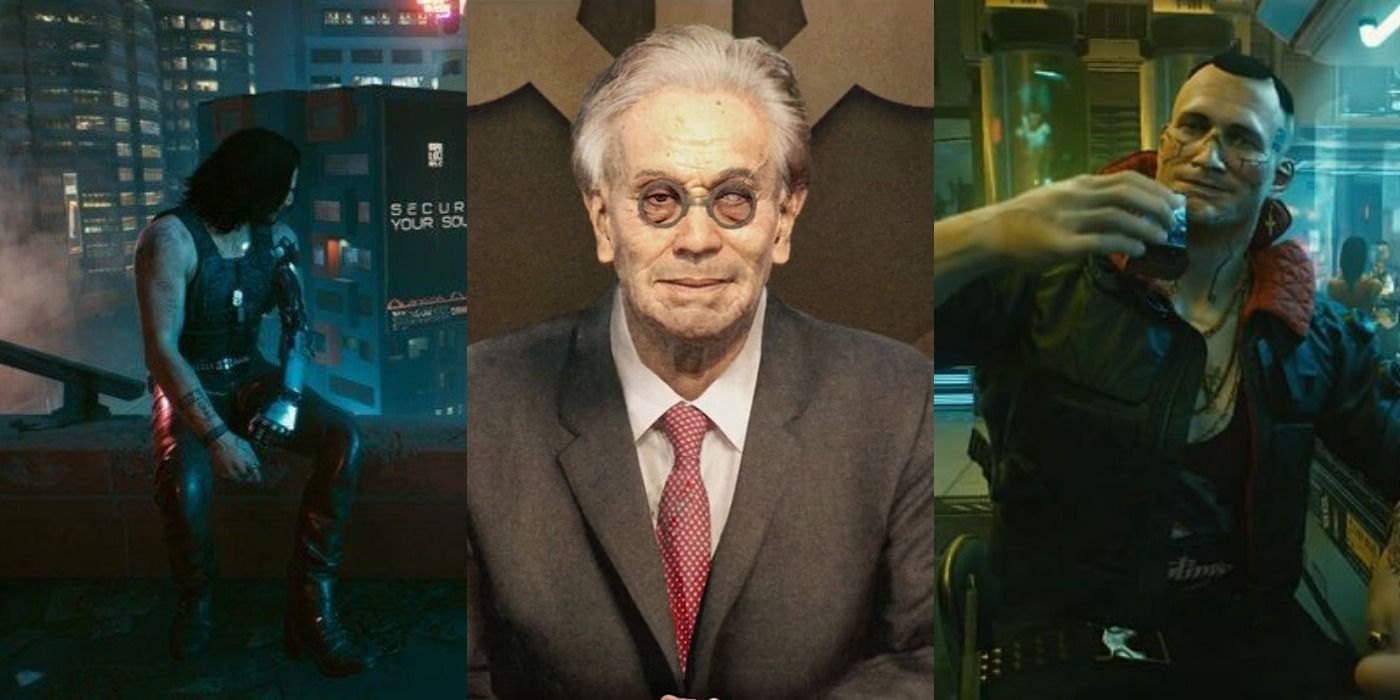 Avid reader and passionate writer, with a bit of casual gaming thrown into the mix. Previously worked and/or interned in marketing, teaching, and copy editing, but is mostly educated in the latter and writing. Entering the first stepping stones of a professional writing career, and excited to do so.

Related posts:
Best News
Team Vitality announces Garmin partnership – Esports Insider
10 Things Everyone Completely Missed In Assassin’s Creed Valhalla
Epic Releases Galactic Civilizations 3 And Dandara: Trials of Fear Edition For Free
There will be no GeForce RTX 3060 Founders Edition, Nvidia confirms
Video: Intel answers our Rocket Lake S questions
Recent Posts
This website uses cookies to improve your user experience and to provide you with advertisements that are relevant to your interests. By continuing to browse the site you are agreeing to our use of cookies.Ok