Skyblivion is well underway with its development, the team sharing huge overhauls of cities like Bruma and Bravil, but the little details are just as important. The team is making huge progress remaking weapons from the ground up and has just shared progress on the Elven set, featuring a complete redesign.

Skyblivion has changed a lot during its development, becoming more of a professional studio run by passionate modders who love Oblivion and The Elder Scrolls. Part of that growth is that it now tasks concept artists with designing locations, weapons, armour, and other models before they're brought to life by a 3D artist. That's important to note because the images of the Elven set are conceptual, giving us a glimpse at what they'll look like in-game – they're not screenshots.

The Elven set now has a more pointed, realistic design, appearing less bulky and floaty, while retaining that signature golden colour scheme and fanciful hilt design with elegant details on the blades made up of Elvish patterns. You can see them laid out side-by-side on a blank background or sprawled across a wooden table, grounding them in Oblivion's world before being put there. 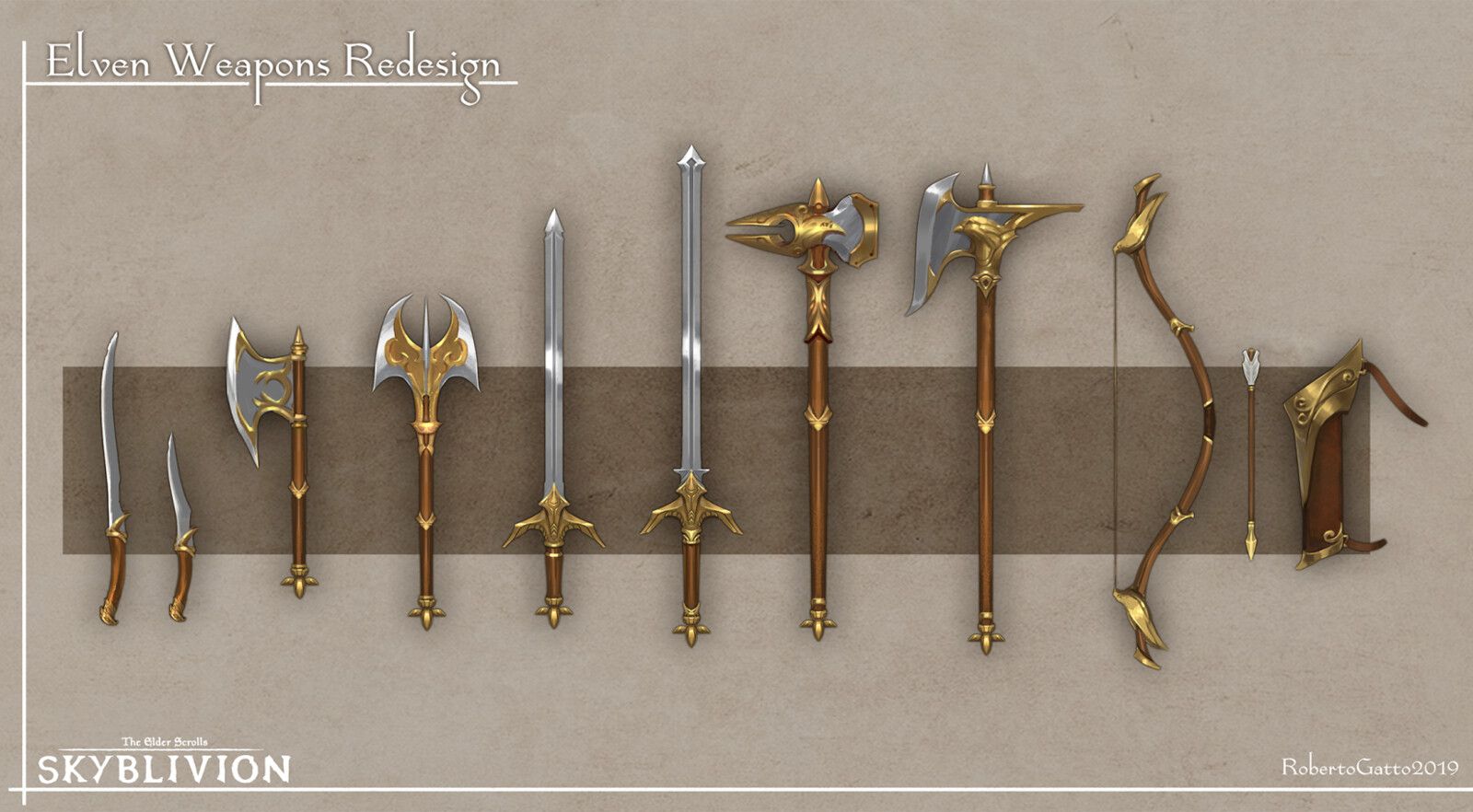 The concept art comes courtesy of Robert Gatto and Gabriel Eekenulv, the latter of whom redesigned the Elven armour, tightening the suit to make it more fitting while giving it a slicker overall design – that's the common thread here. The cheesy high fantasy of Oblivion is retained while the designs are less awkward, which will fit Skyrim's character models better. 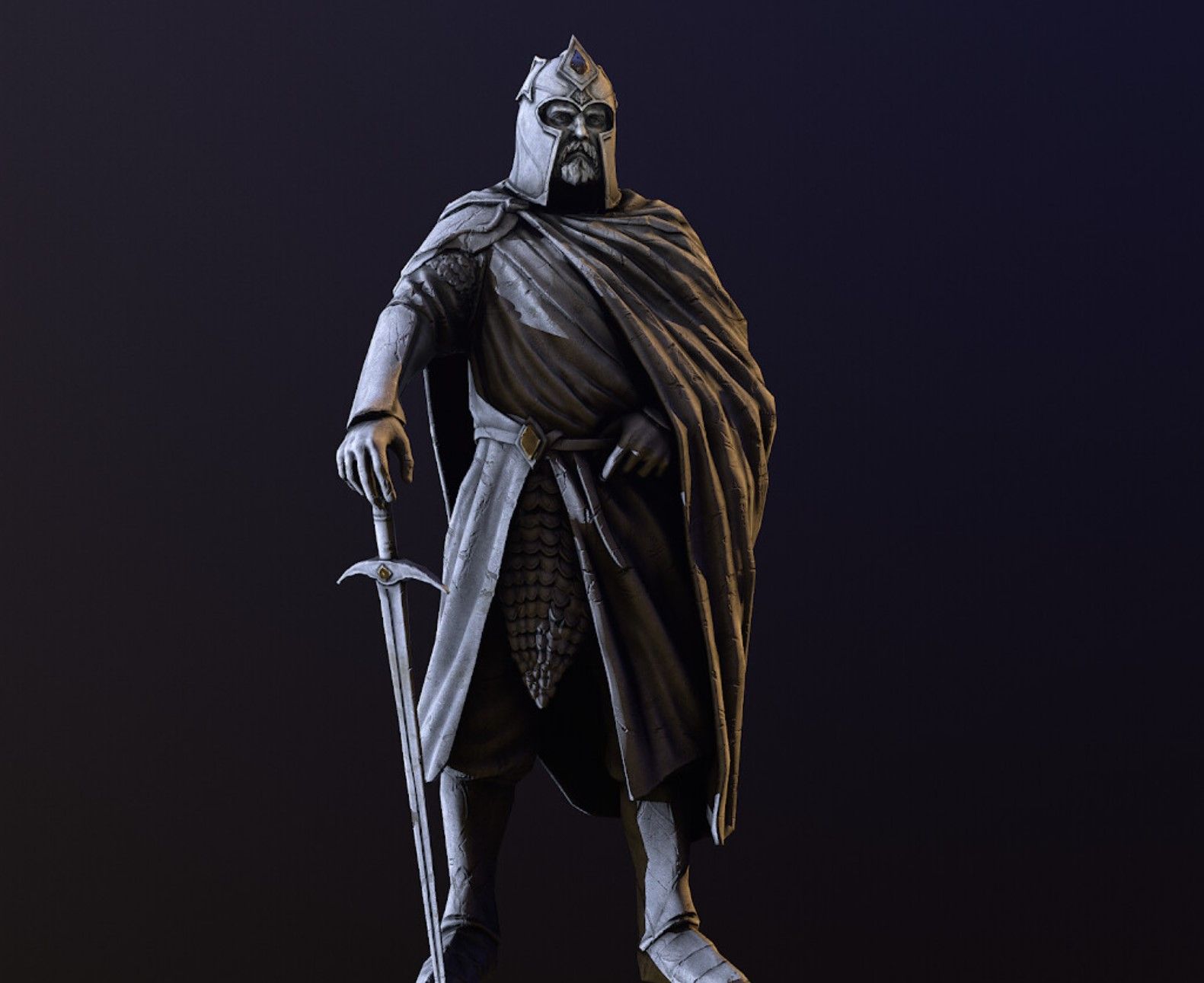 Alongside the Elven set, Skyblivion also recently shared a new look at its redesigned Talos statue. Rather than using Skyrim's where he's stood over a giant snake, sword in hand, the team has opted to design its own more fitting of Oblivion's aesthetic, featuring Talos in a royal helmet with a gruff beard and long cape, donning chainmail and high fantasy-like knight's armour.

The project is well underway now, bringing Oblivion up to date like never before, with a recent trailer showing off Bruma, Daedric Artifact overhauls, and goblins, as well as a recent reveal of the newly revamped Bravil. In the possibly-near future, we might just find ourselves on the shore of the Gold Coast again, ready to skewer some cultists as we stop Mehrune Dagons' invasion.