Free-to-play games earn the vast majority of that spending at 99%. Candy Crush Saga is tops among free games, while Minecraft makes the most among the premium titles.

While gaming is healthy, the Photo & Video category (which includes things like YouTube and the photo editor PicsArt) actually eclipsed it in terms of growth. The average iPhone user in the U.S. spends less on these apps than games, about $6.30 each, in 2019. But this represents a massive 75% increase from 2018. 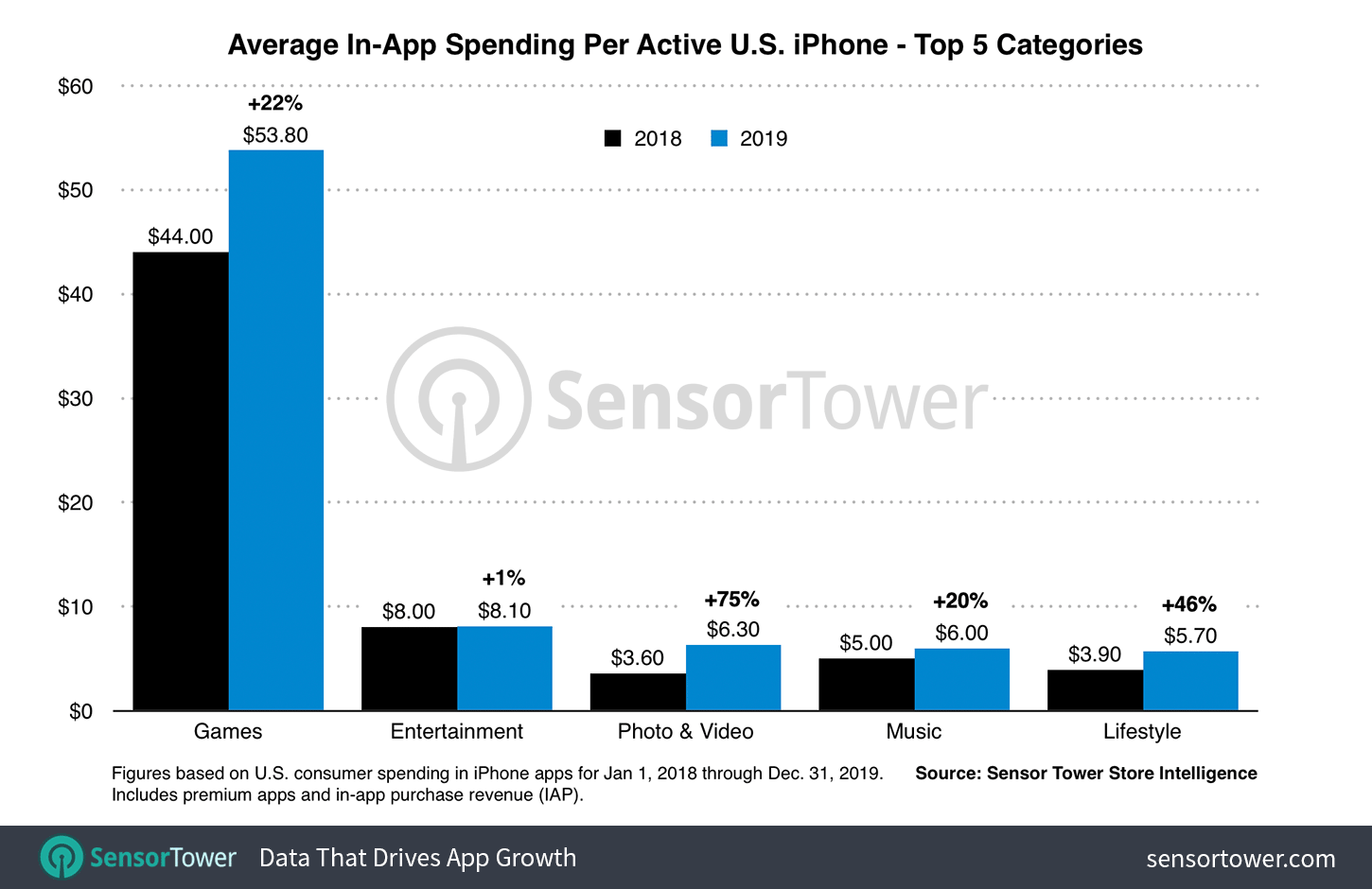 Above: App spending by category.

This data does not include money spent on rideshare apps like Uber or commerce apps like Amazon. It only represents purchases handled through the the App Store.