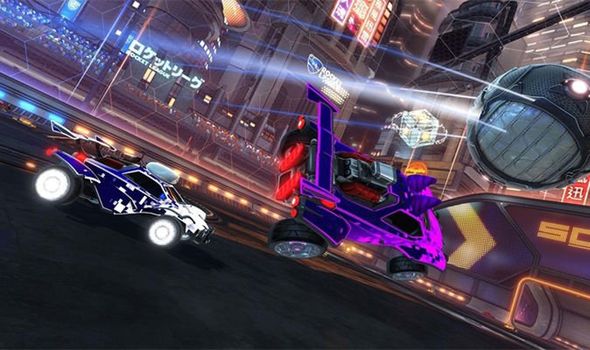 Fans have been waiting a little longer than usual for the new Rocket League season to begin, and the good news is that the interlude is almost over.

This would make the game a free download across all platforms, including PS4, Xbox One, PC and Nintendo Switch.

And now we know exactly when to expect the big Rocket League Season update and free-to-play launch to happen this month.

WHEN IS ROCKET LEAGUE GOING FREE-TO-PLAY?

Developers Psyonix has announced that they will be making Rocket League free-to-play on Wednesday, September 23, 2020.

This will coincide with the release of Season 15, and the launch of an in-game event, Llama-Rama.

According to Psyonix, there will be a new update going live this week (September 16) followed by the F2P release on September 23.

A message from Psyonix explains: “The wait for Rocket League’s free to play launch is nearly over! Get ready to take your shot on September 23 at 8 a.m. PDT (3 p.m. UTC).

“In preparation for the release and event, an update will be live on all platforms tomorrow at 9 a.m. PDT (4 p.m. UTC) that will lay the groundwork to get everyone ready for September 23.

“There’s a lot coming with both tomorrow’s update and the free to play launch, so make sure you’re ready for both.”

This week’s Rocket League update will add different things to the game, while the launch of Rocket League F2P will focus on other aspects of the game.

Here’s what fans can expect with the launch of free-to-play on September 23, 2020:

September 23 is also the day you’ll find Rocket League available for download on its newest home: the Epic Games Store! You can visit the Rocket League page now, and add the game to your wishlist so you’re notified as soon as it’s available. If you add Rocket League to your library between September 23 and October 23 you will receive a $10 EGS coupon that is redeemable on games and add-ons $14.99 and up. Plus, once you download and launch the game, you’ll instantly get two new items in your inventory: Sun Ray Boost and Hot Rocks Trail.

Take your shot at climbing the Ranks, and tiering up your Rocket Pass in Season 1. Stay tuned for more info on Season 1 later this week!

Competitive Tournaments will be live and ready to join on launch day. Check out our deep dive blog post on this revamped tournament feature for all the details.

New Game-Wide Challenges arrive on launch day. Get ready to complete challenges for XP and items!

Two new item packs will be available with some siiiick items for new and veteran players. Here’s what’s in each:

Both packs will be available in the Bundles tab of the Item Shop.