The Resident Evil series has changed drastically over the course of its 8 mainline titles, but one thing that has remained consistent is the series' now iconic inventory system. Pretty much every Resident Evil player out there has experienced the frustration of trying to sort out your inventory in just the right way so you can squeeze in a few extra resources. Well, one game developer has channeled that frustration and turned the process into a full-on puzzle game.

First spotted by Kotaku, the game itself is called Save Room – Organization Puzzle and tasks players with squeezing items into a set amount of inventory blocks, with each puzzle increasing in size and difficulty along the way. At around the half way mark your Resident Evil knowledge will be thoroughly put to the test, as the game forces players to combine ammunition with weapons, use healing items to restore lost health, and eat rotten food to lose health, all to free up space in your inventory.

As the name implies, Save Room – Organization Puzzle aims to recreate that feeling of safety you get whenever you get to catch a break in one of Resident Evil's safe rooms. Developer Fractal Projects has managed this by not only developing a pretty satisfying puzzle game, but also accompanying said game with relaxing music and sound effects not unlike those heard in Capcom's premiere horror franchise. 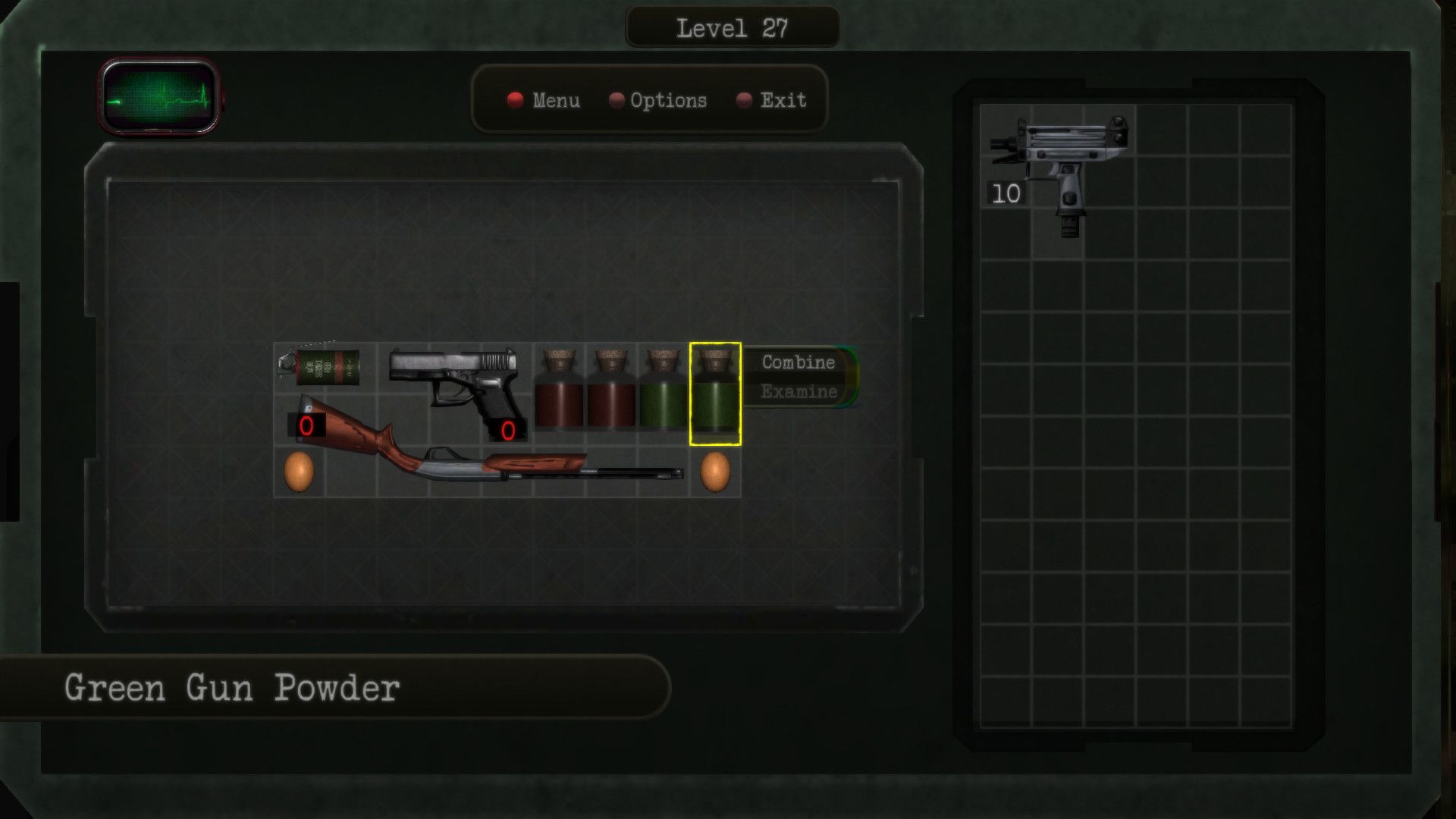 If you want to check the game out for yourself, it's currently on offer on Steam, although the full price is £1.69 so it's not exactly going to break the bank if you miss out. Hopefully, Capcom doesn't bring down the banhammer, although since the game opts for similar sounding items rather than anything actually from the Resident Evil series, it should be fine legally.

In other Resident Evil news, the new-gen upgrades for Resident Evil 2, Resident Evil 3, and Resident Evil 7 are still in the works. We don't have a release date for them just yet, but it was recently revealed that they will support save transferring, meaning you'll be able to pick up right where you left off if you do choose to upgrade.