Resident Evil Village: All Craftable Items And Their Requirements

Resident Evil Village features a fairly intricate crafting system. You first have to unlock the ability to craft the resource, and then make it using raw materials collected from the environment.

There are eleven craftable items in all, with the last few not being unlockable until you beat the game at least once. A couple of the guns eventually get infinite ammo, but until then you have to find, buy, or craft bullets. At the end of the day, the crafting system is relatively simple, but valuable raw materials being shared between several items adds an interesting element of strategy and choice. 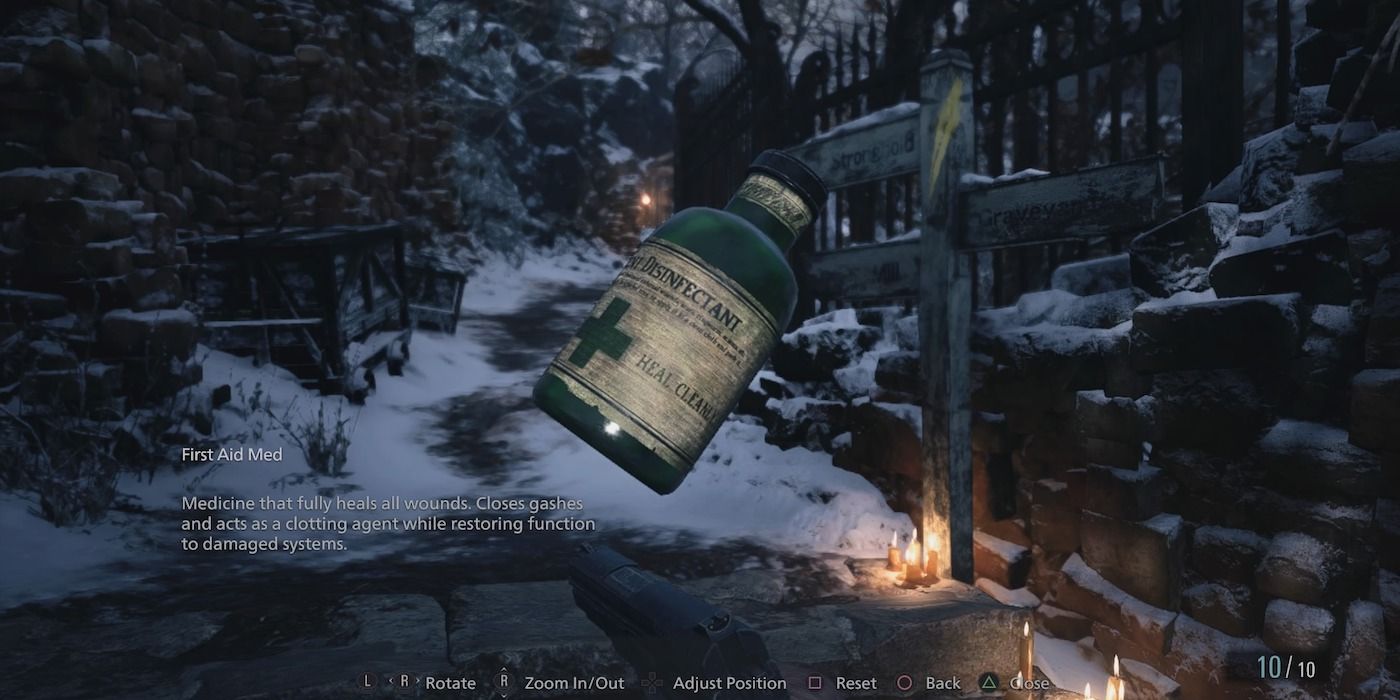 There’s not a lot to say about this one — it is the game’s primary healing item. It’s relatively easy to make, with chem fluid and herbs being plentiful throughout the environment. It is always good to have at least one in the inventory. Later on, you’ll have to decide whether to make these or put the Chem Fluids and Herbs towards ammunition crafting. 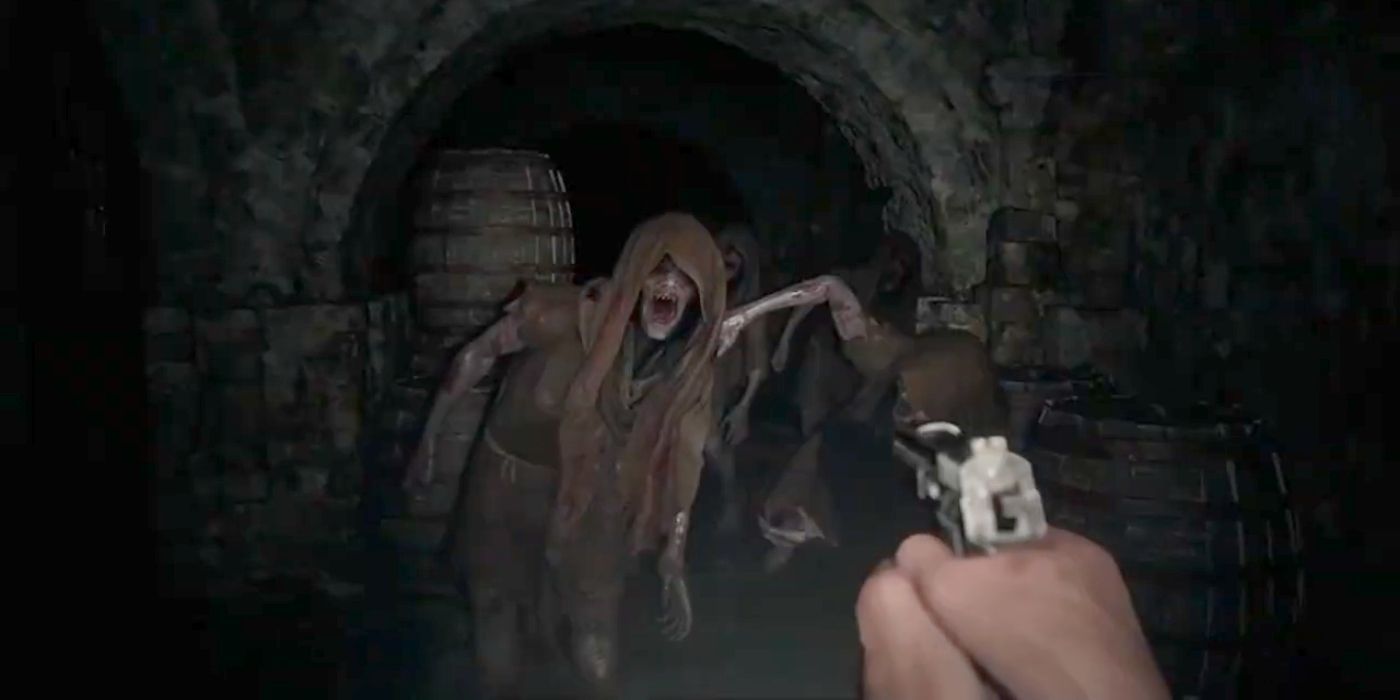 The first pistol you acquire gets replaced fairly quickly — but pistol ammo retains its value, as the final pistols you get are quite powerful.

Generally, you should never have to worry about pistol ammunition as it’s quite plentiful. But just adding fifteen rounds to the inventory should be enough to take out a couple of lycans if you’re a good shot. 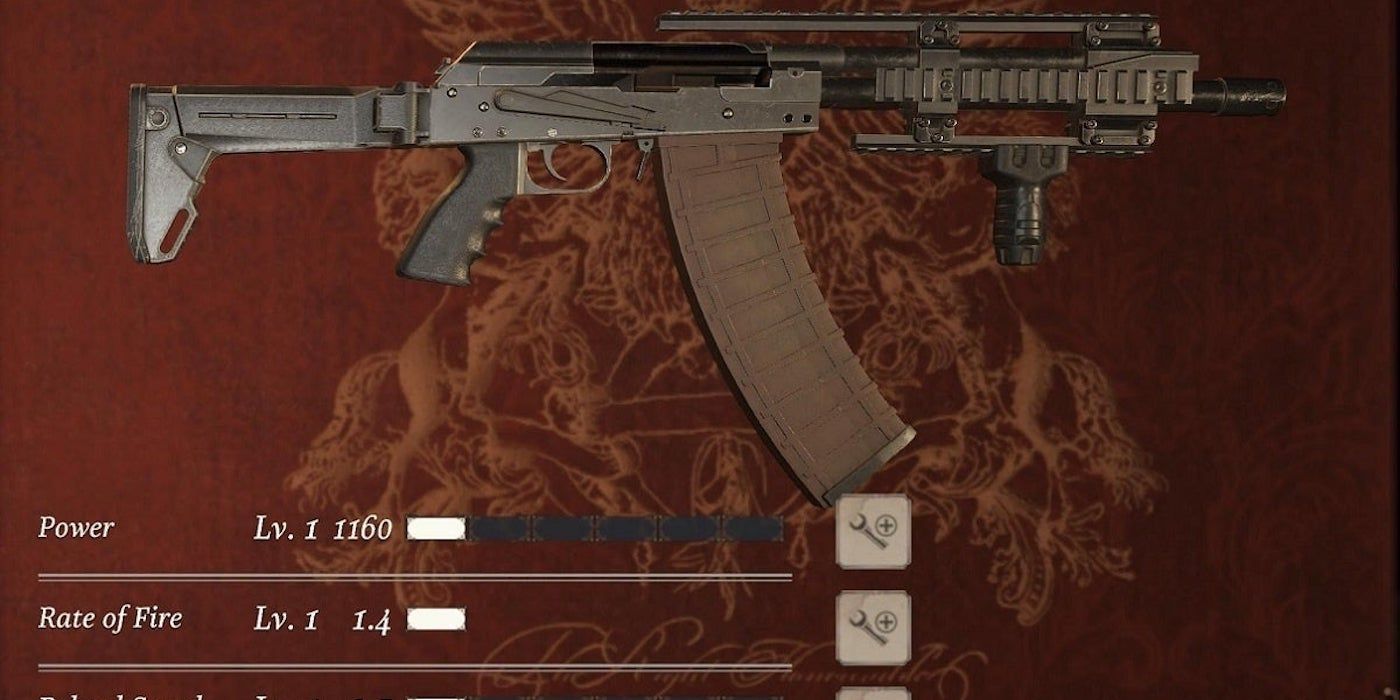 The shotgun’s a tried and true companion in practically any horror game. In Resident Evil Village, the shotgun stands somewhere between a power weapon and a regular firearm. Even if it is not too powerful, it is good for temporarily incapacitating foes. This is the first craftable item where you’ll really need to decide what is more important — another first aid med or more ammunition? 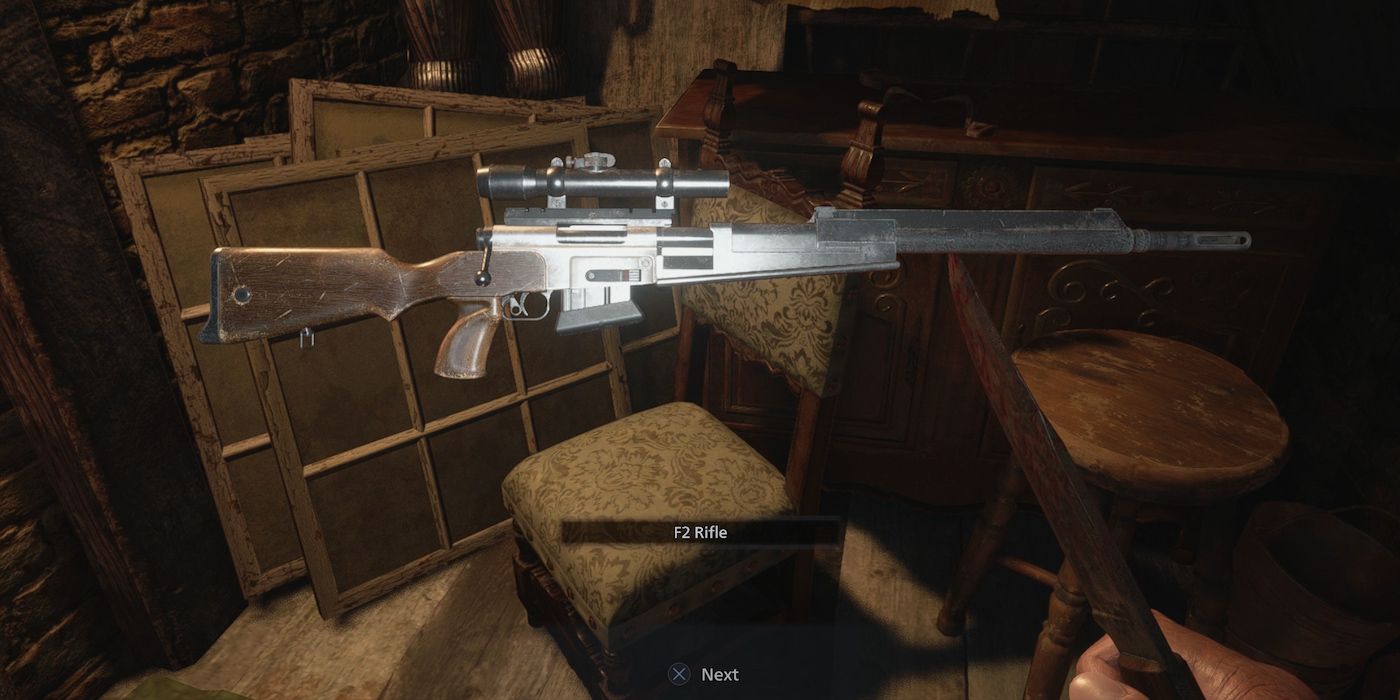 You find the sniper rifle just in time to fight some flying enemies while escaping Lady Dimitrescu’s castle. As useful as it is against enemies from a distance, it is also a helpful friend in close quarters. It is easy to be accurate with it while no-scoping some lycans. You find a decent amount of ammo for this in the world, but we recommend prioritizing it when crafting and upgrading the rifle’s power quickly. It is the only gun of its class, so you do not have to worry about it becoming obsolete. 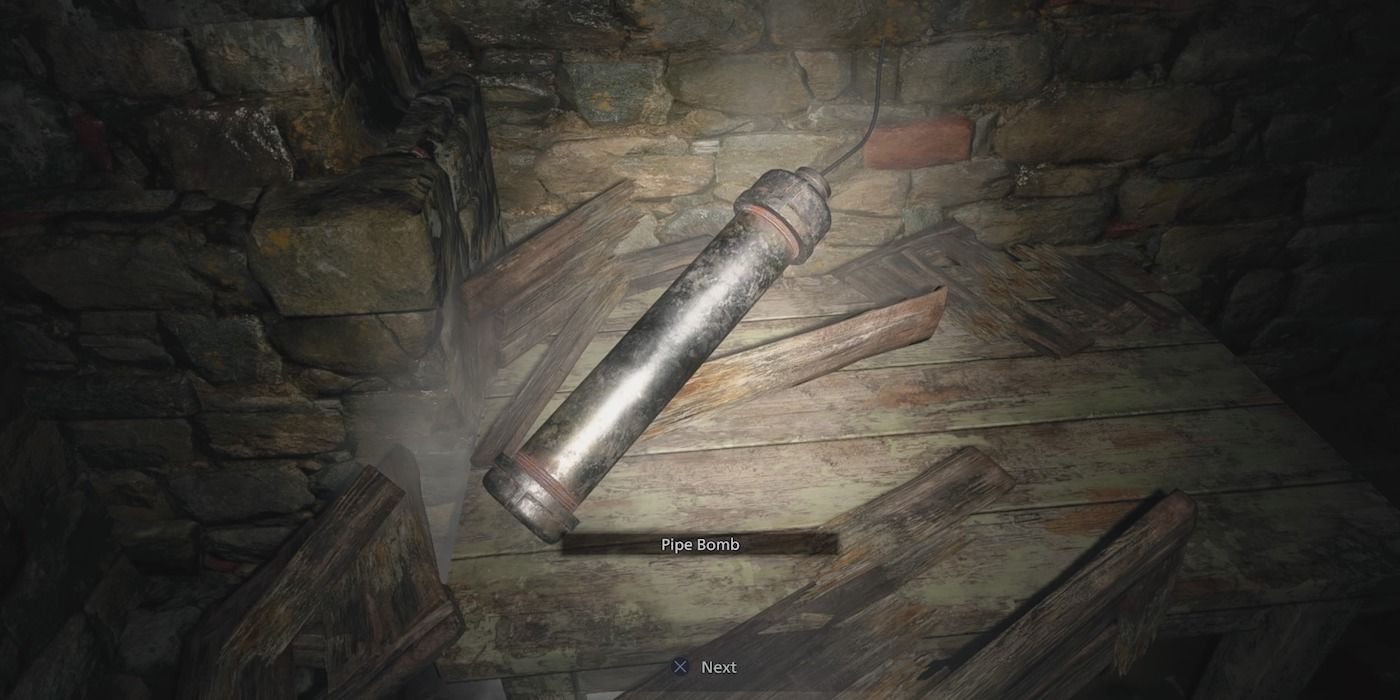 Pipe bombs are so good in Resident Evil Village that one could argue they’re overpowered. They are not upgradable but start out incredibly powerful and have a huge blast radius. If three or more enemies are coming at you, just whip out one of these and throw it in front of you to take them all out. More often than not, it will kill all of the enemies in your path. 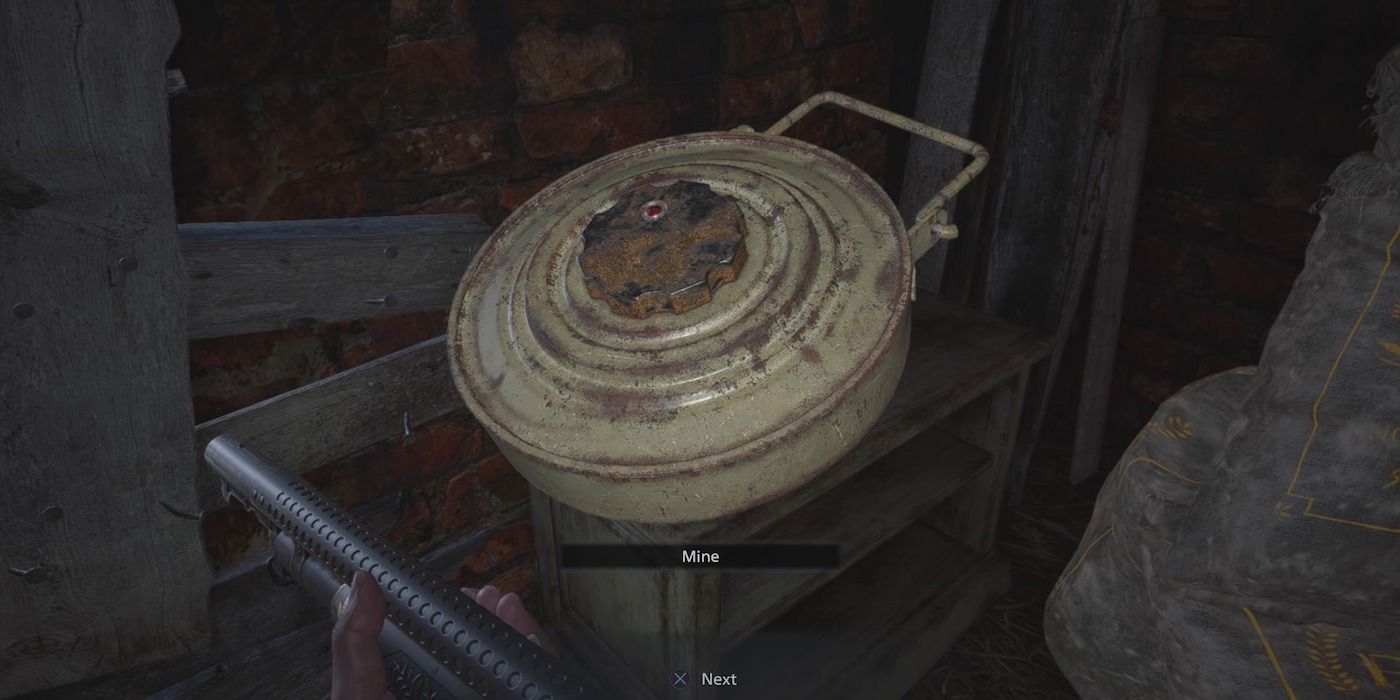 Given that they do share resources, you might find yourself stuck between this and the pipe bomb. You should ultimately have a balance of both in your inventory. Some enemies are impressively agile when lunging at you, so they might jump out of a pipe bomb’s way too quickly to be caught by it. By planting a mine in front of you, the enemy will jump right into the trap. You also find a decent amount of each in the world, so we recommend crafting whichever one you have less of at the moment. 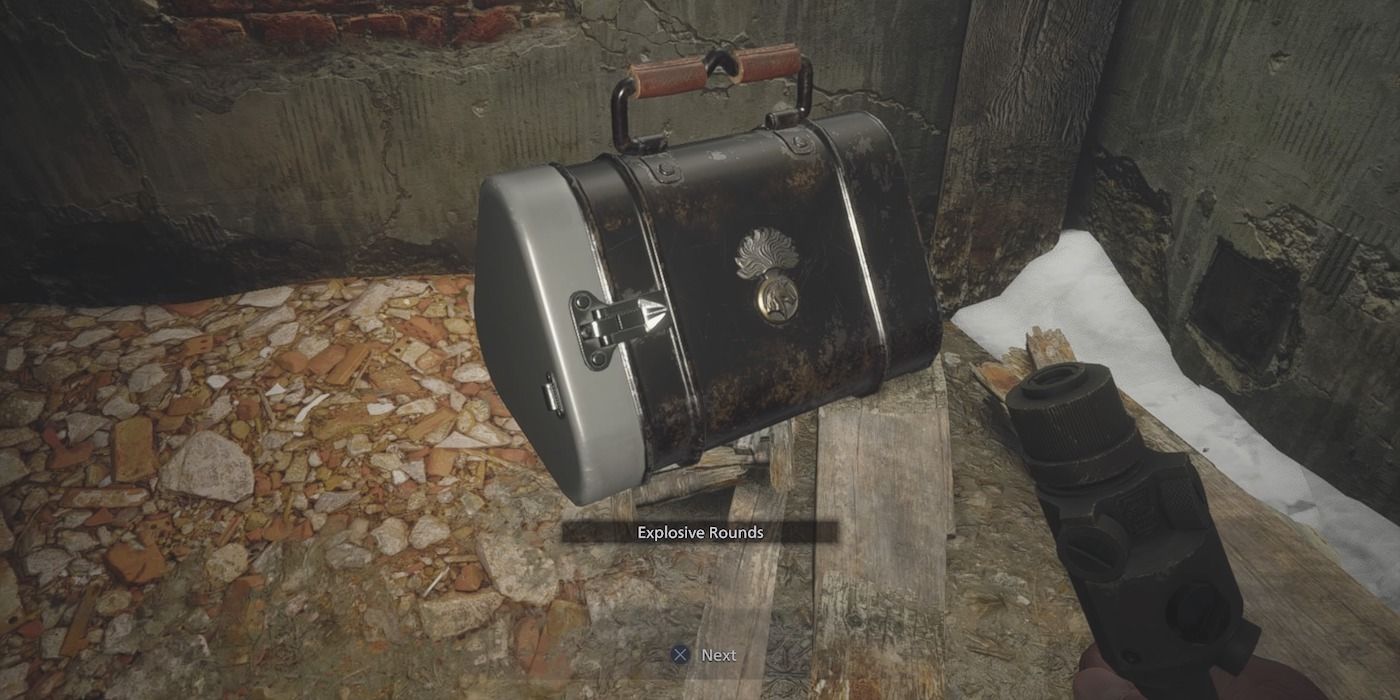 It is not a Resident Evil game if there is no grenade launcher, and the Resident Evil Village’s iteration comes with two types of ammunition. Explosive rounds are great for incapacitating heavier enemies, like the Soldat. You’ll also want these for boss fights. However, the weapon takes a while to reload — this makes it easy to accidentally put yourself into a bind, finding yourself defenseless while loading up a new shell. 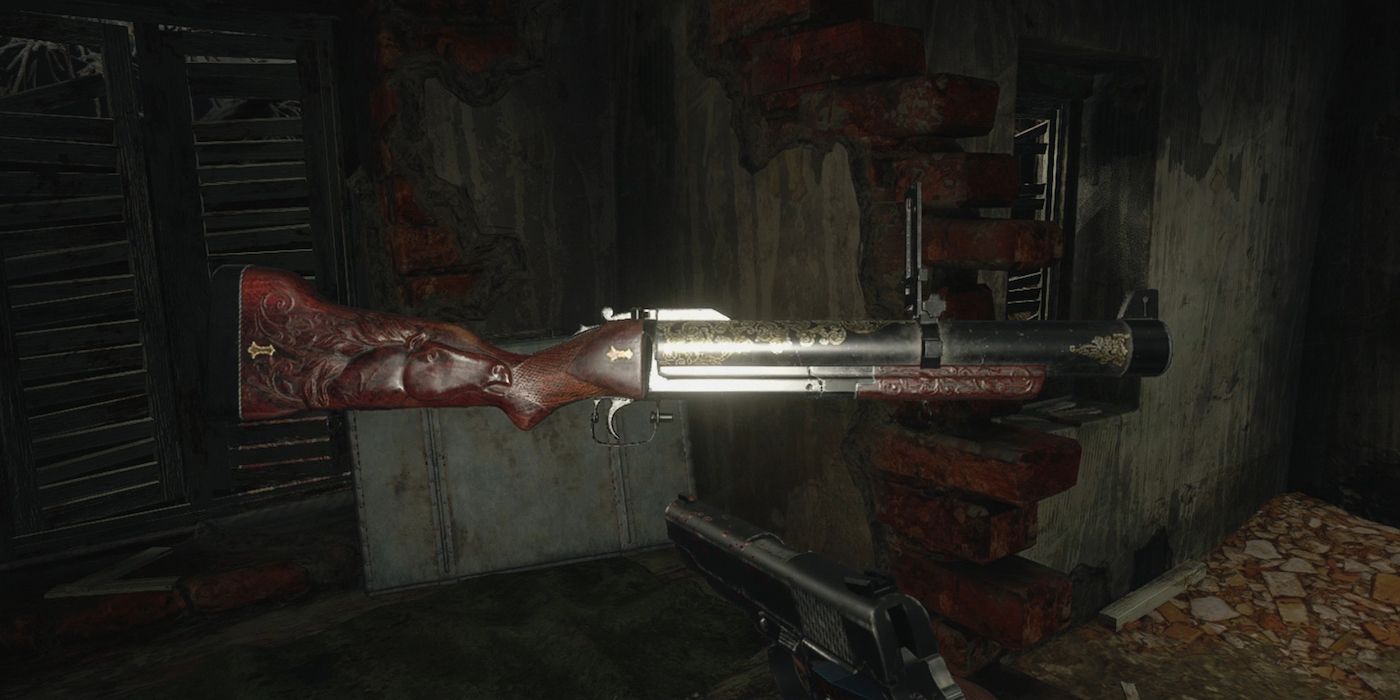 Flashbang ammo does no damage, but it can be just what you need to get out of a tough spot. Sometimes there are just too many enemies coming at you to take care of them with conventional weaponry.

Fire a flashbang round from the GM79 and each enemy is incapacitated for an extended period of time. It is particularly useful against flying enemies. Fire a round and take them out one by one while they struggle on the floor. 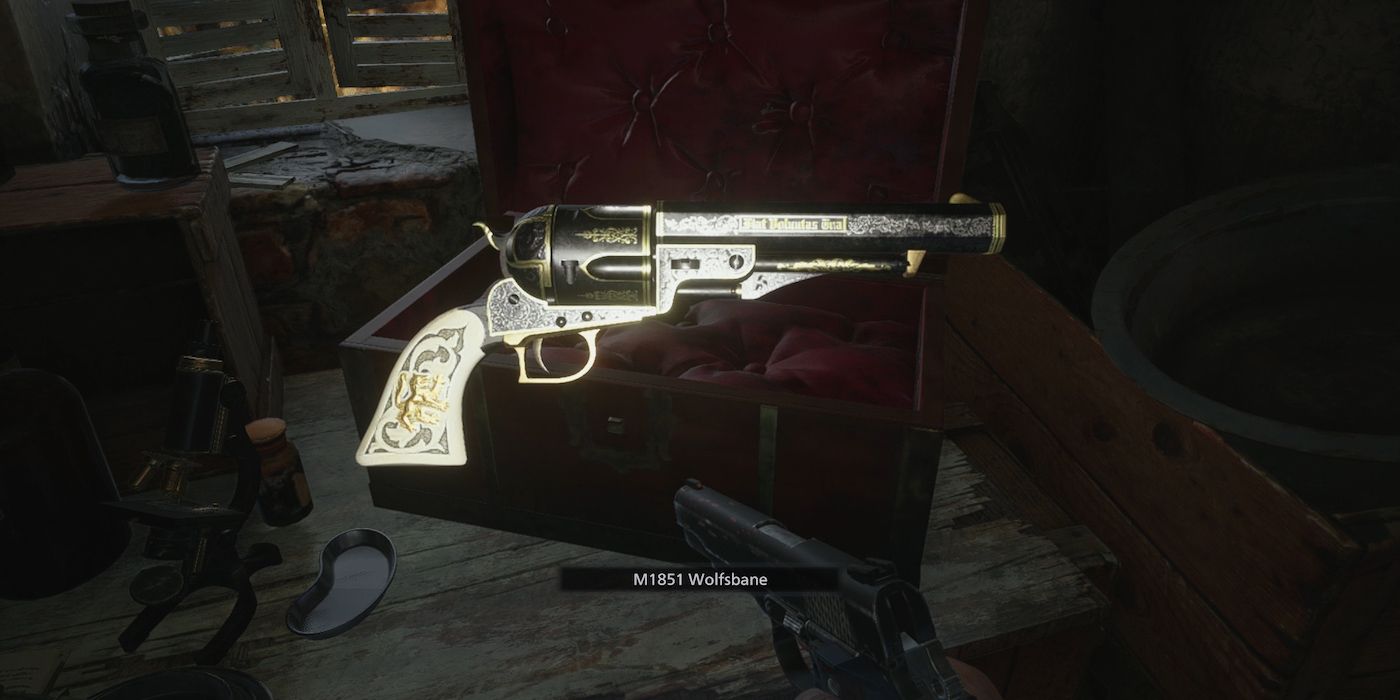 Long-time Resident Evil fans already know magnum ammo is as valuable as gold. Fortunately, it is a little easier to come by in Resident Evil Village. Still, you should save the powerful gun for boss fights. Once you unlock the ability to craft ammo for it, it can be the extra kick you need to get through a tough bout. Be sure to stock up on those bullets for the last boss fight in the campaign. 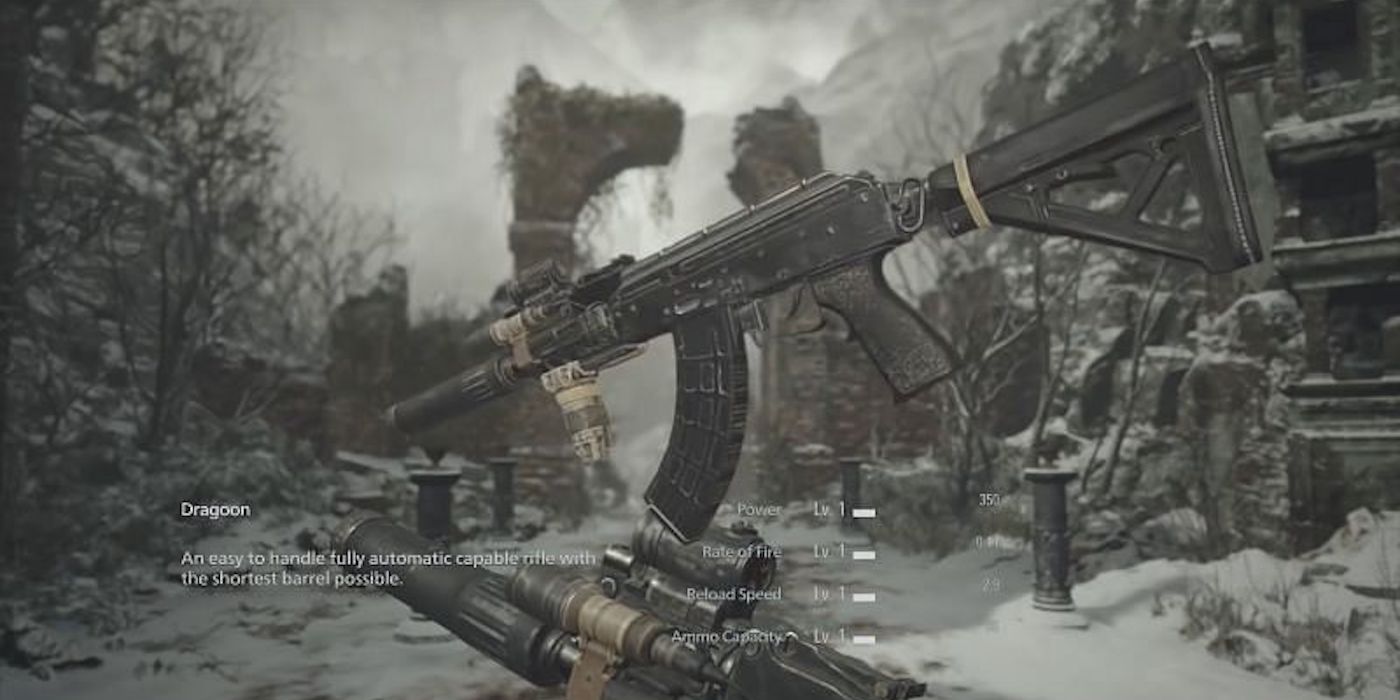 Ultimately, you could probably go through the entire game without utilizing an assault rifle, except for a certain sequence near the end. Still, the WCX and Dragoon are both useful weapons. The latter is not upgradable, however, so it is better to use the WCX for a Village of Shadows playthrough. 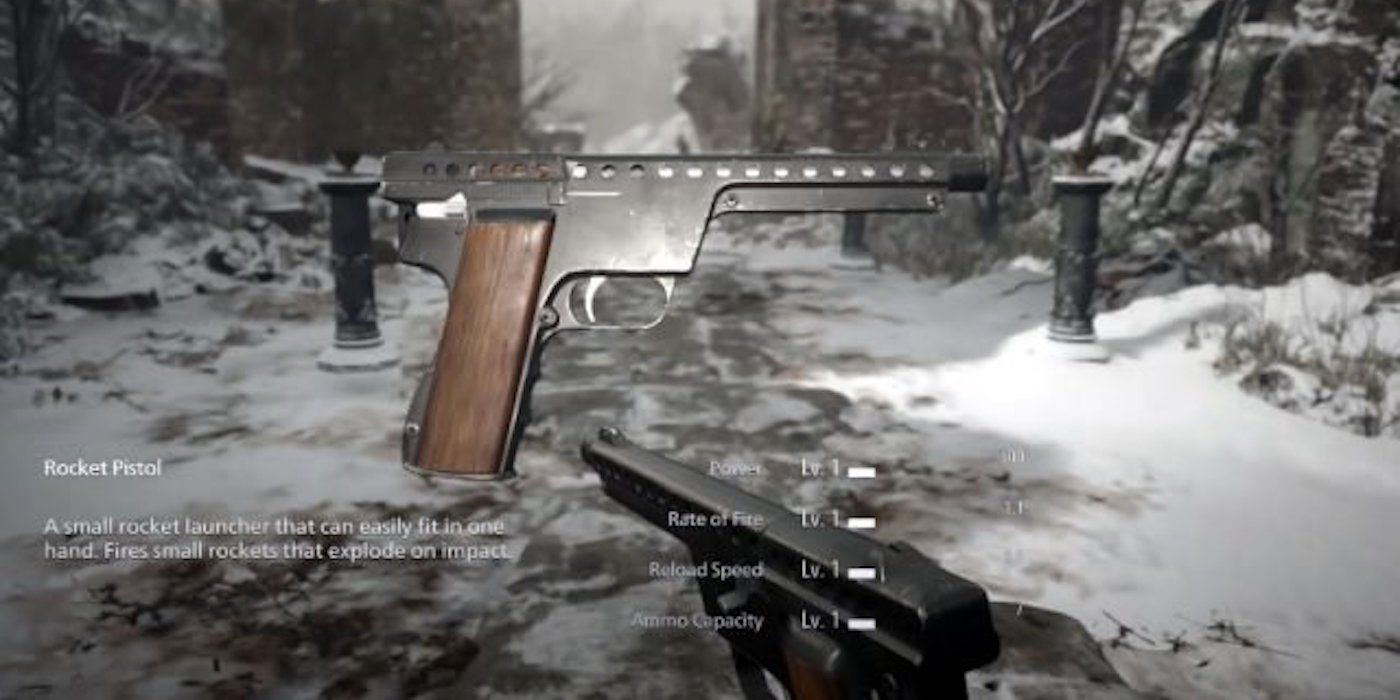 It’s always a little annoying when a game only gives you the best weapon after besting the toughest challenge. You don’t particularly need the rocket pistol after already beating the hardest difficulty mode. All the same, it is still a fun toy to play with.