Home » News » Resident Evil 7: How To Get The Red & Blue Keycards

Resident Evil 7: How To Get The Red & Blue Keycards

Few games in the Resident Evil franchise have as colorful a cast of villains as Resident Evil 7’s Baker family. Jack – the Baker patriarch – sets a horrifying tone at the start of Resident Evil 7; Marguerite’s mania turns the Old House into an uncomfortable expedition that just won’t end; and Lucas Baker is one of Resident Evil’s most unique antagonists: a delirious serial killer who would make even Jigsaw blush.

After finding the D-Series Arm for Zoe in the Old House, Ethan makes it back to her trailer only to find that Lucas has invaded one of the few Safe Houses in Resident Evil 7. Answering the phone in Zoe’s stead, Lucas informs Ethan that he’s kidnapped both his sister and Mia Winters – Ethan’s wife. Taunting players with the officer’s severed head in Zoe’s fridge and challenging them to find both his keycards, Lucas Baker quickly turns himself into Resident Evil 7’s most chilling antagonist.

Tracking down the Red & Blue Keycards will take players back to the Main House, re-exploring most of Resident Evil 7’s earlier areas – with a catch. Now that Ethan’s left the Old House for good, new Molded have started to spawn in the Main House. More than that, before Ethan can find either Red or Blue Keycard, he needs to make his way back down to the basement and get the Snake Key. 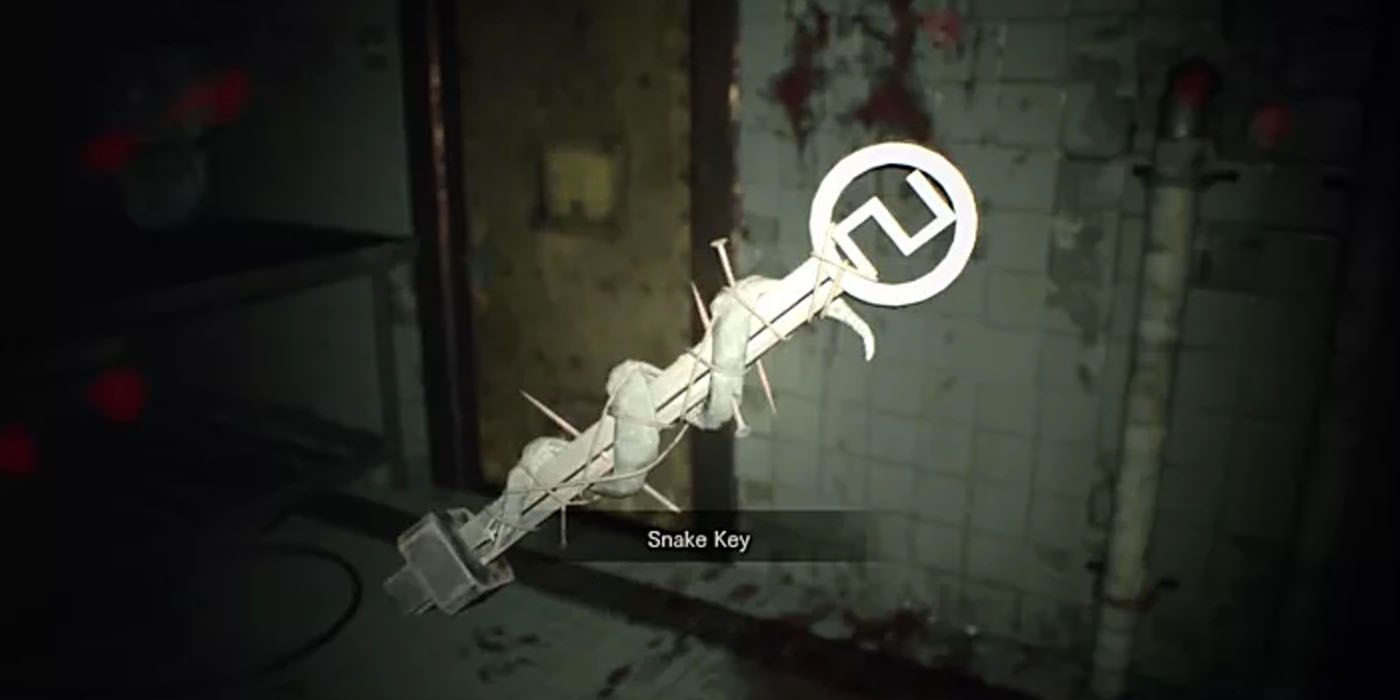 The Snake Key is found in the Dissection Room connected to the Morgue in the Main House. Head back to the basement where Molded were first introduced. The Baker grandmother will be sitting in the Boiler Room, but Molded won’t start spawning until players take the stairs down to the Morgue.

A new type of Molded will crash through the wall on the way down. Quick Molded run on all fours, are considerably faster & more sporadic than their bidepal counterparts, and require better precision to put down than regular Molded. That said, Quick Molded will go down with a few Handgun shots to the head. Once on the other side of the Dissection Room, fish the Snake Key out of the officer’s corpse. 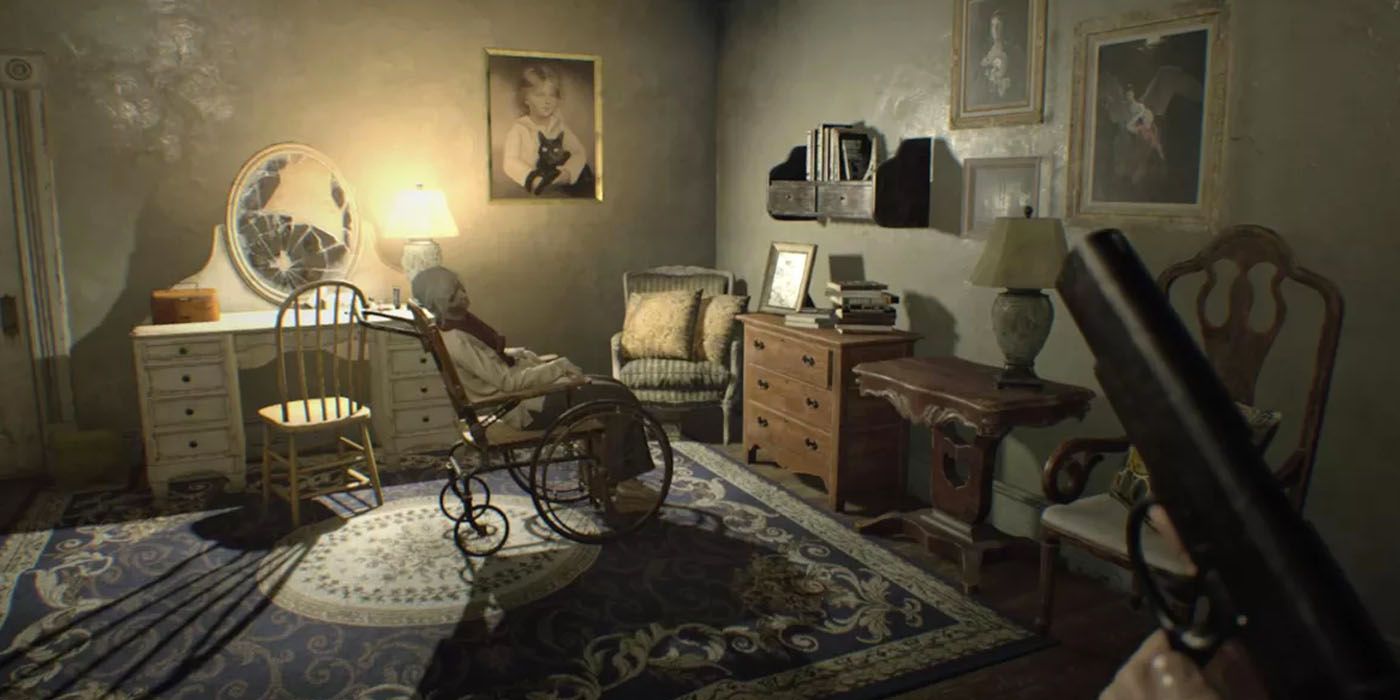 Despite being in the Master Bedroom, the Red Keycard isn’t anywhere in sight. Players first need to solve the Clock Puzzle. A nearby memo claims that the right time for the clock is the same for all the others in the house. Simply track down any clock nearby (there are several) and input the right time – 10:15. A secret passage will unlock that’ll close behind Ethan once inside. 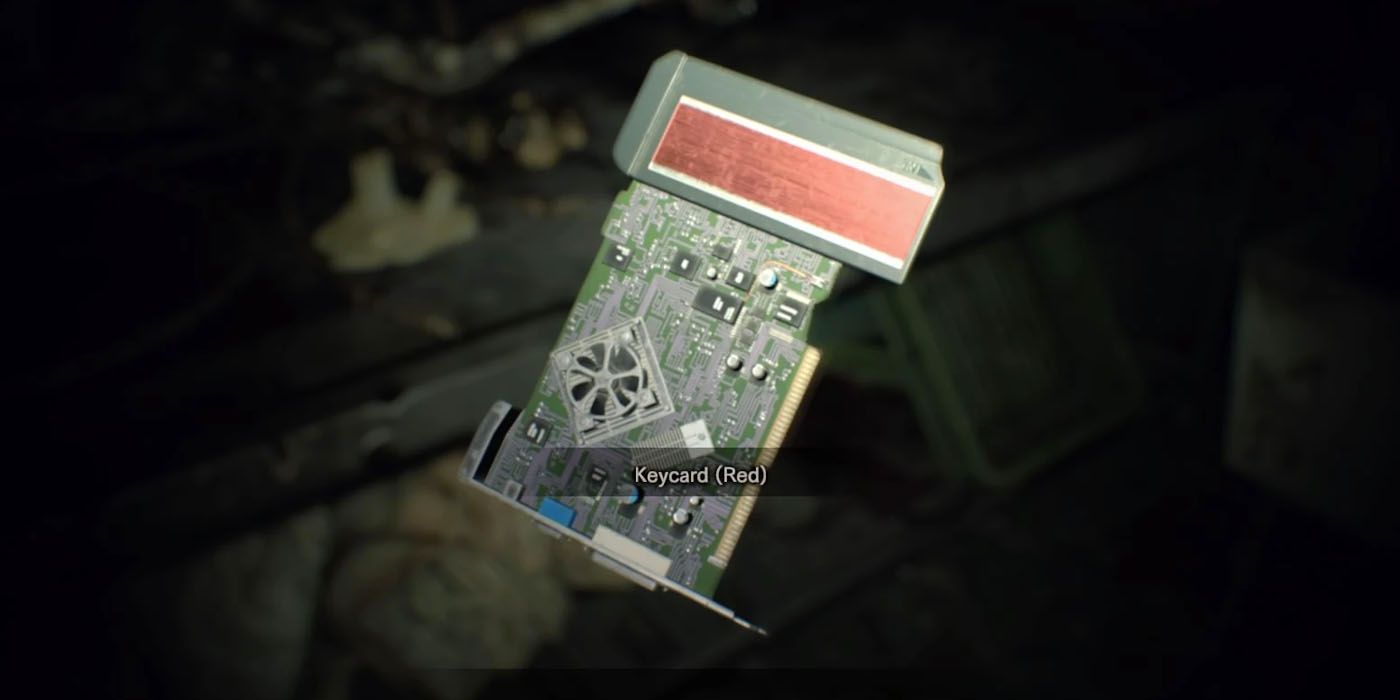 Follow the path down to reach the previously locked Workshop down in the Processing Area. This room is safe, but new Molded have since spawned down here so be careful after unlocking the Workshop. The Red Keycard is sitting on a nearby table. Simply pick it up and make your wait out.

There are three Molded patrolling the area, so either take them out or run upstairs ASAP. Two are hiding behind a door leading back to the Safe Room, while another will sneak up on players if they don’t behind them after leaving the Workshop. Once back up in the Safe Room, store the Red Keycard for now and head on back to the second floor of the Main House. 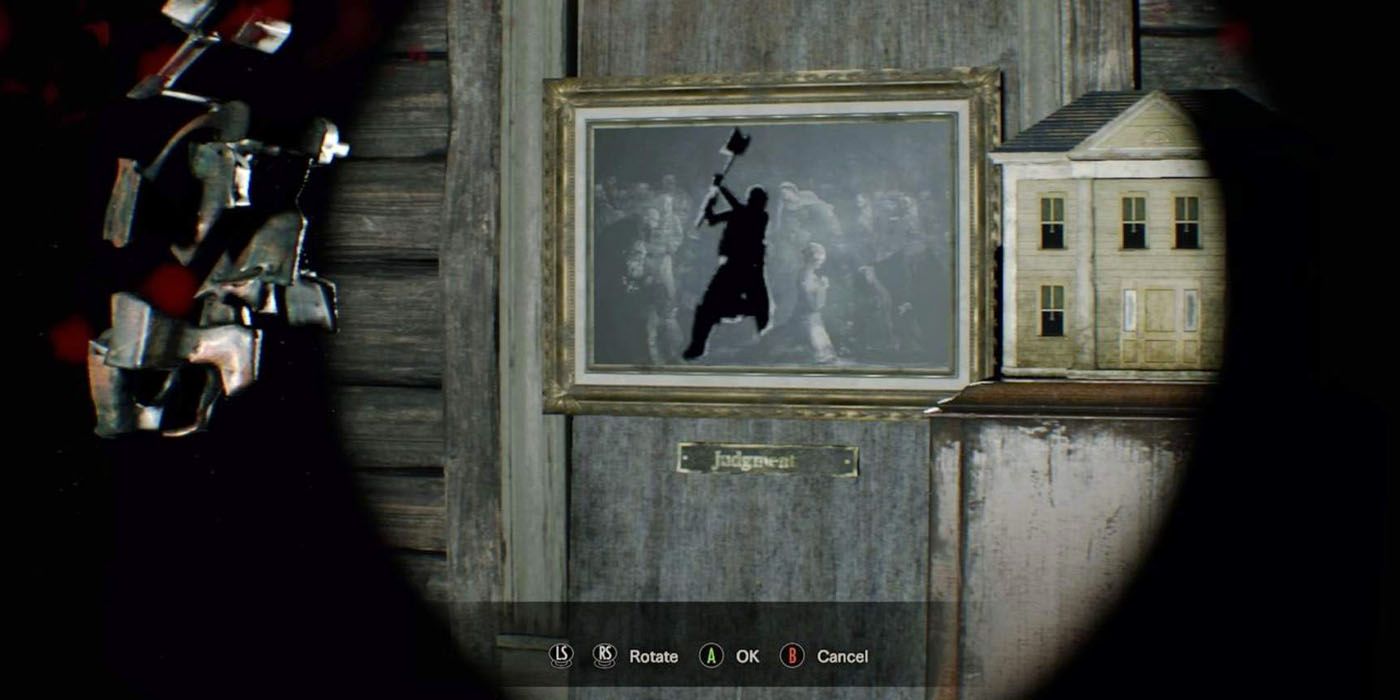 With the Master Bedroom cleared and the REd Keycard found, it’s time to track down the Blue Keycard in the Kid’s Room. Unlocking the Snake Door leading into the Kid’s Room actually reveals that this was Lucas’ childhood room. Several trophies, toys, and notes can be examined inside the room – shining an incredible amount of insight into Lucas’ damaged psyche.

Like with the Master Bedroom, the Blue Keycard isn’t out in the open and players need to find passageway into another room. Notes scattered around reveal that there’s an Attic attached to Lucas’ bedroom controlled with a button. The button can be found on a desk lamp, lowering a ladder that leads right on up to the attic. 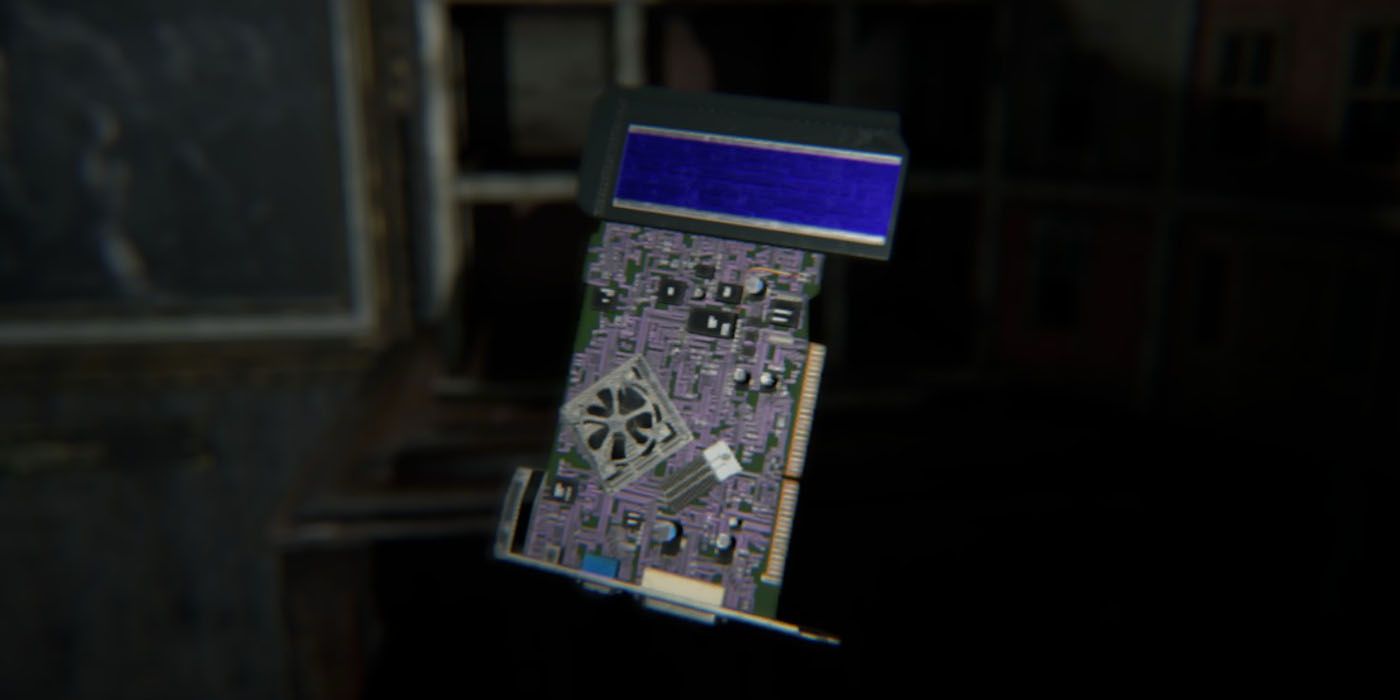 Make sure to examine the Attic carefully before leaving since the Model Axe and Model Shotgun can be used to unlock some goodies later. Don’t forget the Happy Birthday tape either, as it’ll be important later. The Blue Keycard isn’t just lying around like the Red Keycard was, hidden behind a light and statue puzzle.

Ethan has to burn the image of a man holding an axe into the Attic painting to unlock a dollhouse hiding the Blue Keycard. Once finished, grab the Blue Keycard and head back down to the Yard. Quick Molded will have since spawned out here so kill them quickly and then save in Zoe’s Trailer. When ready, grab the Red Keycard out of the Item Box, and get ready to confront Lucas.

Next: Resident Evil 7: 10 Mistakes Most Players Make On Their First Playthrough