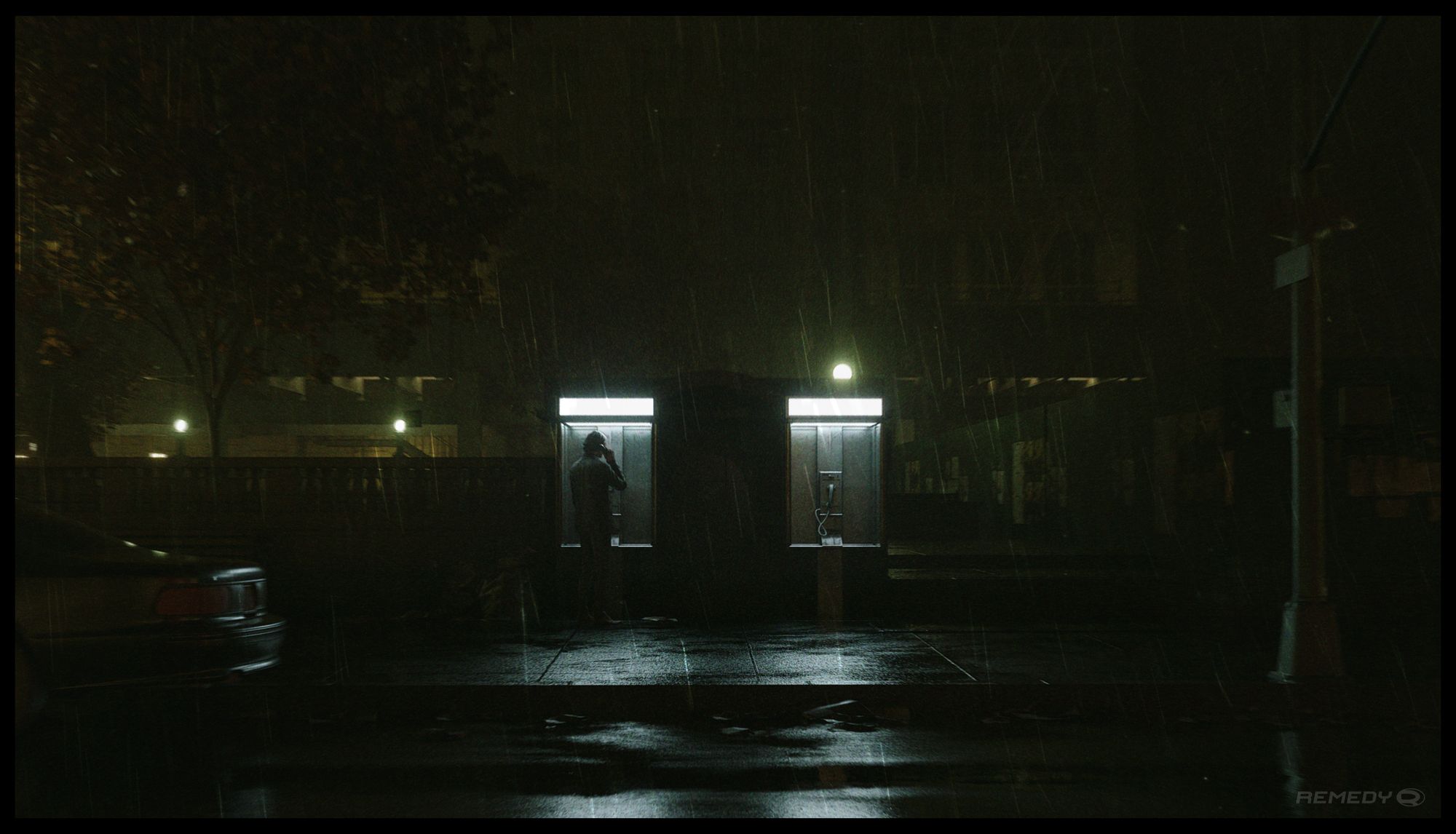 It’s 12 years since the launch of Alan Wake and developer Remedy are celebrating by… admitting there’ll be no big reveal this summer.

Ordinarily, a 12th anniversary for a video game wouldn’t attract much attention but Remedy has decided to make an effort anyway, with some new details on Alan Wake 2 and the first time the original game has ever been released on Nintendo Switch.

Alan Wake 2 was first unveiled at The Game Awards in December but only via a short teaser that essentially said nothing. However, Remedy later revealed that the sequel is a straight survival horror, whereas the original was really just a third person shooter with some supernatural elements.

The plan was to show more of the game this summer but, like so many things at the moment, those plans have been delayed and so all you’re getting is a few new bits of concept art.

‘Everything with Alan Wake 2 development is going really well. We are deep in production, have a lot of material, and a great deal of the game is playable,’ says Remedy’s Sam Lake.

‘But we’ve been talking for the past couple of months and have come to the decision here at Remedy, along with our wonderful publisher Epic Games, that we will not be showing anything big this summer.’

As you’ve probably noticed the concept art doesn’t really reveal anything new, just a forest, a rooftop, and some street level scenes that look similar to the teaser video.

‘To create a proper, polished demo or a trailer takes a lot of effort, and it’s several months of work that could take away from development,’ adds Lake.

‘We feel that we have momentum going, and we want to make sure we are creating the best, and first, survival horror game for Remedy. We don’t want to take the team away from that focus, so we’re going to keep going and making a great game experience, and unfortunately, you’ll have to wait a bit longer for a demo and trailer.’

Alan Wake 2 is due out next year for Xbox Series X/S, PlayStation 5, and PC but it’ll be preceded by Alan Wake Remastered for the Switch. It’s a digital only release but not a cloud version, which makes sense as the original was an Xbox 360 game.

There’s no release date yet but the game will arrive on Switch sometime this autumn. The remaster was originally released on other formats last October.

Remedy has also offered a minor update on the promised Alan Wake TV show, with the revelation that they’ve made a deal with AMC Networks, which is behind The Walking Dead and Breaking Bad.

They now own the TV rights to Alan Wake but apparently it’s still ‘a long way to go’ before the series reaches anyone’s TV screen. Or phone or whatever.