Perhaps with the added foresight of loving the original, it always seemed telegraphed that Dutch was the source of all of the gang’s troubles in Red Dead Redemption 2. His charisma is a hollow facade that rests on a bedrock of insecurity on display from the outset. The origins of the gang, his slew of chaotic misdemeanors, and crumbling relationships reveal that he weaponises people’s needs and emotions for his own ends. When those goals can no longer be met, he turns on the people he supposedly holds dear. All in all, it’s clear that Dutch is suffering from a personality disorder, and he’s a textbook narcissist. Narcissism is defined by dramatic and exaggerated traits, emotional intensity, as well as acting erratically and unpredictable.

Dutch’s whole schtick is dramatic. His distinctive dress, his penchant for spontaneous rousing speeches (that are actually planned in advance), and his presence in camp all give hints that he’s someone who desires to be the center of focus. His emotional volatility is abundantly clear in his closest relationships; Arthur, Molly O’Shea, John Marston, and countless others consistently suffer from Dutch’s temperament and mistrust. His impulsivity and disregard for people is evident in the many people he killed in cold-blood; Heidi McCourt, Angelo Bronte, and Leviticus Cornwall to name a few. Outside of these victims alone, the gang becomes collateral due to the repercussions of these acts. 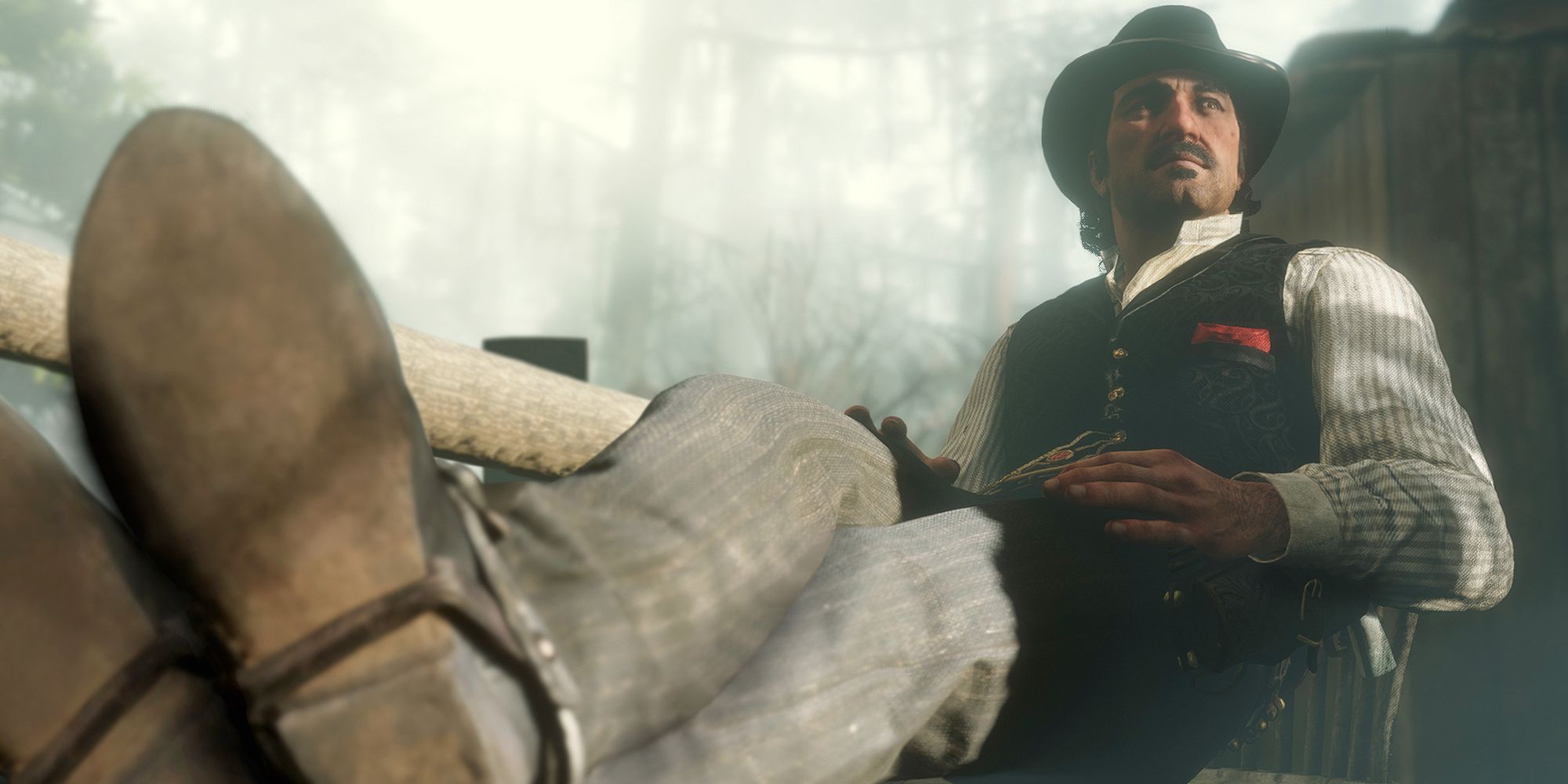 One of the main criteria for Narcissistic Personality Disorder (NPD) is a ‘strong sense of entitlement’ in which the sufferer may feel they deserve ‘special treatment’ and ‘all available privileges’. Dutch’s living quarters in camp embody this. He has the largest space, space enough in fact for a phonograph. He lives lavishly whilst John, Abigail, and Jack struggle in meager quarters. In spite of this space, the first major available upgrade is an extension of Dutch’s tent. Clearly, his priorities lie with himself. It’s also worth noting that Dutch never contributes to the gang’s ledger, yet holds the savings at all times. His pseudo Robin-Hood philosophy doesn’t even extend to those closest to him.

Another key trait of NPD is an inflated sense of self importance, ‘They may feel they’re more powerful, intelligent, capable, and charming than they really are and more than other people in general.’ This perfectly surmises the gang’s tumultuous stint in Rhodes. Time and time again, Dutch saw himself above the hicks of Lemoyne. The fact that the Braithwaites and the Grays could catch on to the double-crossing never entered a realm of possibility for Dutch. This oversight directly led to Sean’s death, further bolstering the implosion of the gang. This error also led the gang into the path of Angelo Bronte. Again, Dutch never considered that the mogul may seek to take advantage of him – rather, he could simply use Angelo for his own ends. This resulted in the death of his most trusted confidant, Hosea. It also meant the death of the gang’s brightest prospect, Lenny. The dissolution became more and more solidified. 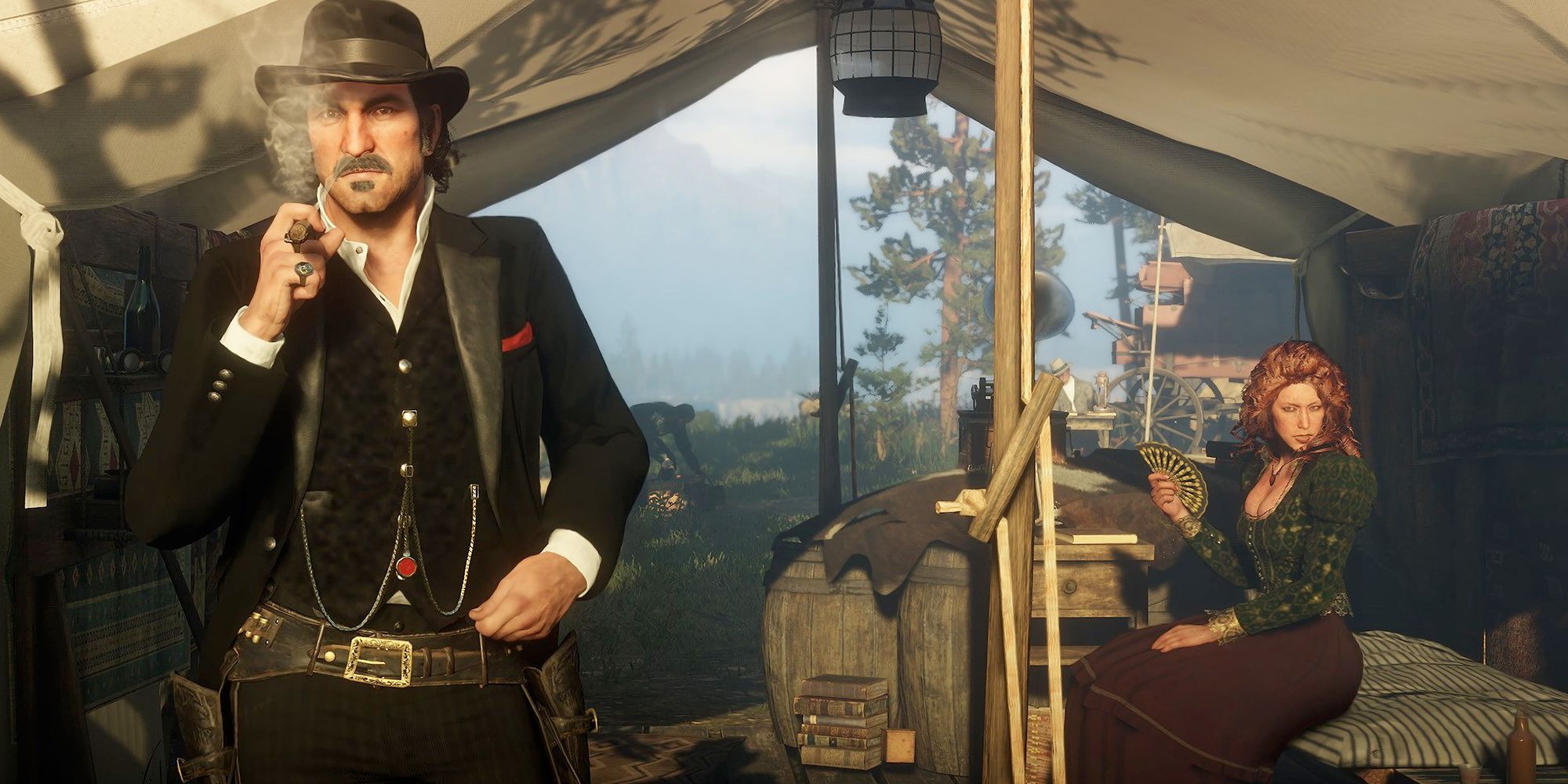 Dutch’s central tactic as gang-leader is the exploitation of others for his own gain. His chief method of recruitment is lifting someone out of dire personal circumstances to guarantee absolute loyalty. He operates this way with Arthur and John, indoctrinating them from a young age. He then uses this storied past to shield any points of contention, often calling them ‘son’ when needing his authority to go unquestioned. Arthur begins to see the reality of Dutch’s machinations in his manipulation of Eagle Flies. He purposefully stokes the antagonistic fires of the young man to further his own ends. Dutch himself admits he doesn’t care much for the plight of the Native Americans, their conflict instead proves useful in drawing the attention of the Federal Government, whilst giving Dutch access to state bonds and monetary gain.

The shift in the gang dynamic towards complete fracture can also be explained away by Dutch’s struggle with this disorder. Narcissists are said to ‘surround themselves with people who are willing to cater to their obsessive craving for affirmation.’ Micah was the snake in Dutch’s ear. Towards the end of the game, he becomes Dutch’s chief lieutenant. Dutch forgoes his relationship with Arthur and John as they are beginning to routinely question him. Micah is a sycophant, which is what Dutch wants and values. The reverence of a rat seals the gang’s fate. In spite of all of his oversights, malice, and contradictions, there is undeniably a strange magnetism to Dutch. Whether it’s his philosophy, his manner, or his aesthetic, he draws us in and demands our attention. That speaks to the danger of narcissists, as well as the power of Rockstar’s writing.