Home » News » Red Dead Redemption 2: How To Eliminate Your Bounty

Red Dead Redemption 2: How To Eliminate Your Bounty

So you broke the law and now you’ve got a bounty on your head. Such is life in Red Dead Redemption 2. Breaking the rules can be too enticing — you’re likely to have the cops on your tail more often than not. However, there are two ways to remove that bounty, so long as you aren’t ‘Wanted: Dead or Alive.”

The easiest way to get of the bounty is a bit of a cop-out, but it gets the job done. You’ll first want to wait for the heat to die down so you won’t be shot on sight by the police. Next, return to the location where you have the bounty and do something minor to get the attention of local authorities.

Don’t go too crazy — if you push the boundaries too far they’ll just start shooting at you again. Instead, try picking a fight at your local saloon. This should attract the police without making them resort to the use of deadly force.

Now that you’ve got their attention, it’s time to surrender. This will get rid of your bounty for free in exchange for a few nights in jail. Follow the prompts on screen — the exact controls vary by system — to peacefully give yourself up. Once you serve your time, your bounty will be gone. 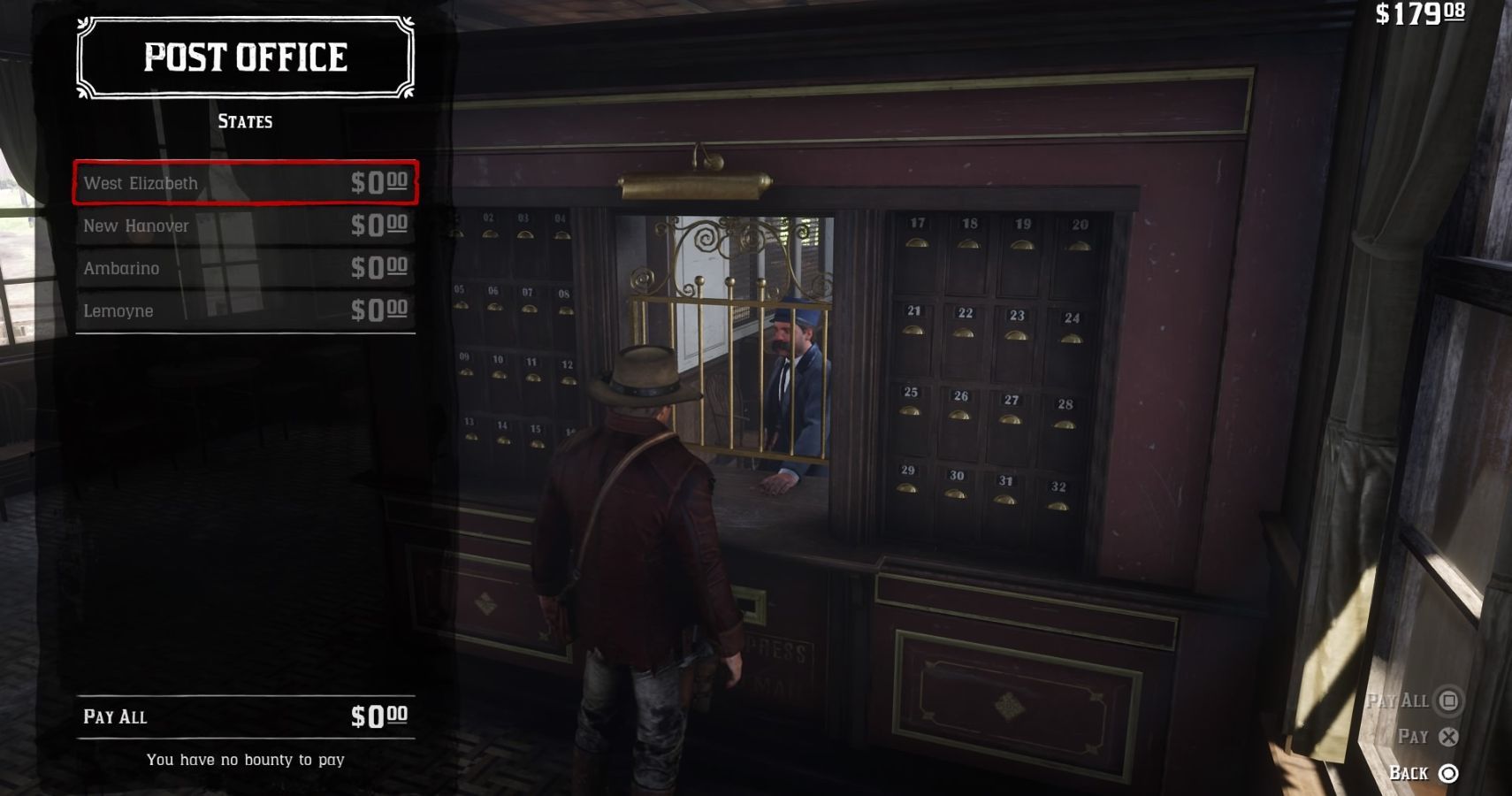 The other way to get ride of a bounty is to pay it off at the local Post Office. Just head on into the building, talk to the clerk, and select the option to pay off your bounties. After your payment is posted, you’re a free man. Sure, it costs a bit of cash, but many would argue it’s a better option than giving yourself up to the authorities. If you’re strapped for cash and want to walk around without having a target on your back, then just bite the bullet and spend a few nights in prison.

These are the only two ways to get rid of your bounty in Red Dead Redemption 2. The next time you think about breaking the law, make sure you have enough money to pay it off. Otherwise, you’ll be looking at some jail-time.