The Daily Challenges in Red Dead Online will have you trekking all across the vast American West in search of countless species, flora, and fauna alike. However, if you're riding to and froe without mapping out any specific hunting grounds, you'll be making more than a day's work for yourself. Still, these various tasks don't need to be a burr in your boot. No matter how rare, you should be able to locate any plant or animal the game asks you to track down, as long as you put in a bit of research before heading out on the hunt.

Plotting out a few good gathering locations is especially important when looking for Indian Tobacco, as the tall stalky plant with sharp pointy leaves does not grow abundantly across each state. Indian Tobacco primarily grows in New Hanover and Lemoyne, though it is said you can find it in Ambarino as well.

It's a shame Indian Tobacco doesn't boast a more liberal growth, as it is mighty beneficial to shooters for extending their Dead Eye when consumed raw. Indian Tobacco is also a key ingredient in both the Potent Snake Oil and Special Snake Oil recipes, along with the Potent Miracle Tonic brew. Now that you know how incredibly useful this plant can be, here are the best Indian Tobacco Locations in Red Dead Redemption 2 and RDO. 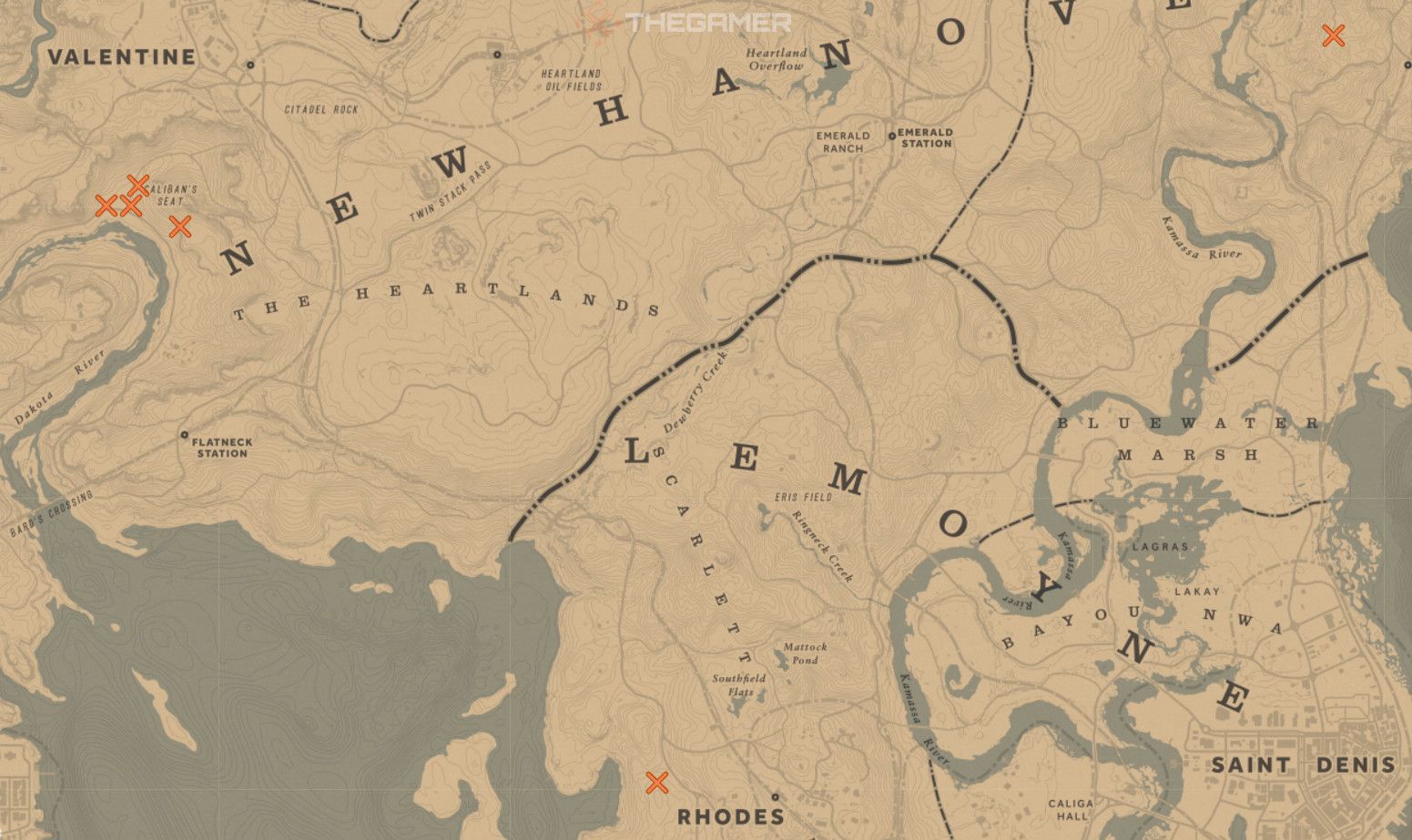 New Hanover is the best state for picking Indian Tobacco. You can find the plant growing in both The Heartlands and Roanoke Ridge.

The Scarlett Meadows is the best area to gather Indian Tobacco when you're in Lemoyne, though we'd still suggest searching across New Hanover first when there's a greater need.