Since the introduction of the Naturalist role in Red Dead Online, players have been tasked with collecting samples from the many species of animals for Harriet. The conservationist has a long list of animals and sub-species from every region she’s looking to gather more knowledge on, and she’s relying on your help as a fellow naturalist.

As a naturalist, RDO’s Daily Challenges often have you hunting down animals from specific habitats on any given day. So when it comes time to trek through the forests and along the rivers, here is a compilation of all the animals indigenous to the cool shady landscape, complete with links to their detailed location guides.

All Forest and River Animals 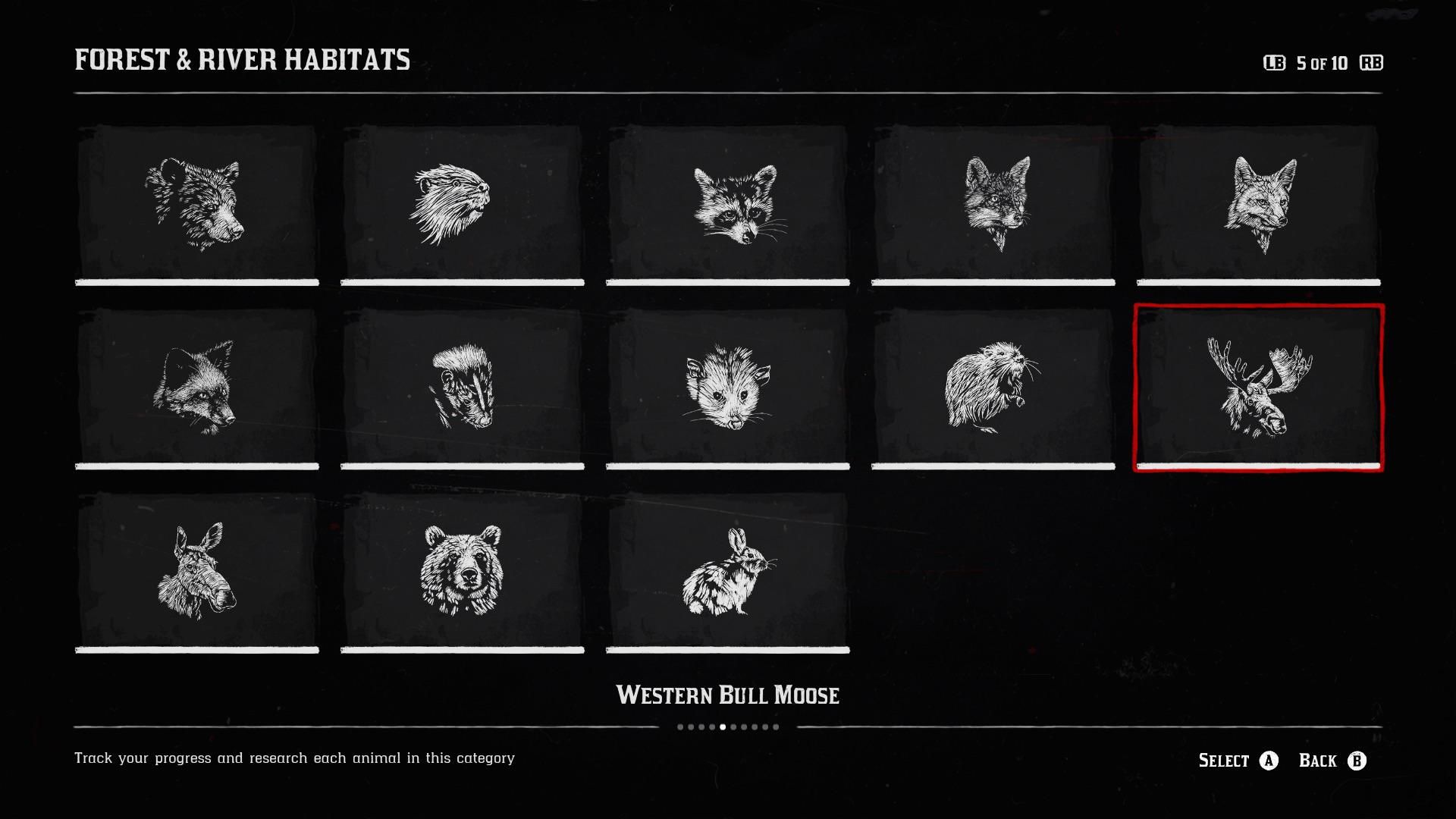 There are two species of bears roaming the forests and fishing in the rivers of the American West. American Black Bears and Grizzlies can be found across areas in the Tall Trees in West Elizabeth and Ambarino’s Grizzlies West and East.

The North American Raccoon is actually quite abundant across the American West. They’re just masterfully good at disappearing when it suits them. And not crossing paths with hunters greatly behooves them. The lower Roanoke Ridge region and Scarlett Meadows are probably your best bet.

There are three species of fox in Red Dead Online. The American Red and Gray foxes primarily share the same habitats across the central states, while the Silver Fox keeps to the northern stretches of Roanoke Ridge and Ambarino.

The North American Beaver keeps to only a handful of habitats throughout the American West, and they’re all rather specific. Such as the southern banks of the Owanjila or the stretch of Kamassa River west of Van Horn. Overall, West Elizabeth will be the best place to hunt beavers.

There isn’t a heavy population of skunks in Red Dead Online. So while their habitats are widespread across nearly every state, aside from Ambarino, you won’t necessarily find them right off. Roanoke Ridge will is probably your best shot at finding a few in any timely manner.

Virginia Opossums can be found in every state across the American West. But again, they aren’t the most abundant species. You may try along the top of Flat Iron Lake or the rivers running through and around Lemoyne.

American Muskrats are another species with concentrated habitats in every state, though those aren’t as few and far between as the Opossums and Skunks. The Bayou Nwa and Bluewater Marsh regions of Lemoyne are promising areas to check.

The Black-Tailed Jack Rabbit is the easiest hunting target for finding animals dwelling in the forest/ river habitat due to their sheer abundance. While they can be found all over the American West, their populations are most significant in the Roanoke Ridge and Scarlett Meadows regions.

Moose are among the rarest forest wildlife. They have decent stomping grounds in West Elizabeth, near the Aurora Basin and throughout the Tall Trees region leading to the Upper Montana River. If you wanted to undergo some legendary hunting, you’d have to head up into Ambarino.