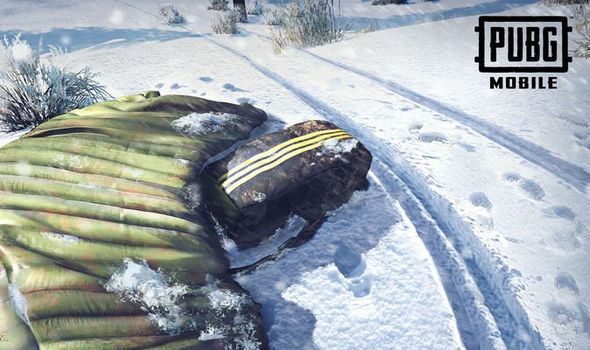 The latest PUBG Mobile update came with plenty of new features and plenty is still being planned for the game’s second-anniversary celebrations. This is happening this week, as part of the official PUBG Mobile Season 12 rollout and Royale Pass release. Tencent has officially named this the Royale Pass Season 12: 2gether We Play! and is coming to Android and iOS in the coming days.

According to Tencent, the PUBG Mobile Season 12 has a release date set for March 9, 2020.

This is also the day when the Royale Pass will launch and become available to purchase and use on Android and iOS.

For those who are new to the game, the Royale Pass is the main way for players to get rewards in the game.

Royale Pass Points can be obtained during Season 12 and usually comes with a number of free unlocks.

There will also be plenty of new Season 12 rewards to unlock over the coming weeks, following its release this week.

Commenting on what is planned for the PUBG Mobile Season 12 Royale Pass, a message from Tencent adds:

“Celebrate the 2nd anniversary of PUBG MOBILE with Royale Pass reward upgrades. Choose one ultimate set out of two. Anniversary theme items are returning to the Shop, don’t miss out!

“Improved the Purchase and Upgrade interface display and added support for Exclusive Vouchers (available from events).

But while the launch of Season 12 and the Royale Pass is scheduled for March 9, other changes are also coming later this week.

This includes new content to celebrate the second anniversary of PUBG Mobile on Android and iOS. These celebrations will start on Thursday, March 12, and will look to entertain fans in-game in new ways.

A big part of this will be the Erangel Amusement Park Mode, which will be available during matchmaking in Classic Mode. In this mode, old school amusement parks will appear randomly in three locations on the Classic Erangel map.

There will also be interactive Arcade Machines placed in the amusement parks and major towns, which can be activated with Tokens. Players will be able to find Hunt Game, Space War, What’s in the Box, Shooting Range, Trampoline and Reverse Bungee.

High-rise Reverse Bungee machines will appear in the middle of the amusement parks, with players able to launch into the air to use their parachute and glide again.

Tencent has also promised that on March 12, the Anniversary Celebration Event will allow all players on the server to work together to achieve event goals and receive rewards.

One final piece of content planned for Season 12 has not been given a release date and isn’t expected to arrive on March 12. The new Arctic Mode is based on Classic Mode gameplay, and adds new arctic storms that appear periodically in Vikendi.