Home » News » Psi-Ops, Second Sight, And The War Of The Psychic Action Games

Psi-Ops, Second Sight, And The War Of The Psychic Action Games

In 2004, a war was raging. Not the Iraq War, but an even sillier war. The war between two video games: Psi-Ops: The Mindgate Conspiracy and Second Sight. In the EU, these games launched within a month of each other. I was a staff writer on a PlayStation 2 magazine at the time, and I remember a ridiculous tension in the office about which was better. One was brash, loud, and American. The other was artsy, psychological, and British. But they both featured protagonists with psychic powers, and thus became the subject of a slightly pathetic mini culture war. You like Psi-Ops? How basic of you. You prefer Second Sight? Hipster. If Twitter was around at the time, the discourse would have been insufferable.

Developed by Midway, Psi-Ops is the story of Nick Scryer, a psychic supersoldier with amnesia who's captured by terrorists and forced to fight his way to freedom. It's a pretty basic run-and-gun shooter at its core, but elevated (literally) by some spectacularly fun, destructive psychic powers. Telekinesis allows you to pluck large objects from the world and toss them at enemies. You can also fly around by surfing on chunks of debris. With Mind Control you can possess enemies and make them attack their allies, or force them to kill themselves. Pyrokinesis lets you start fires, burn people alive, and create explosive chain reactions. 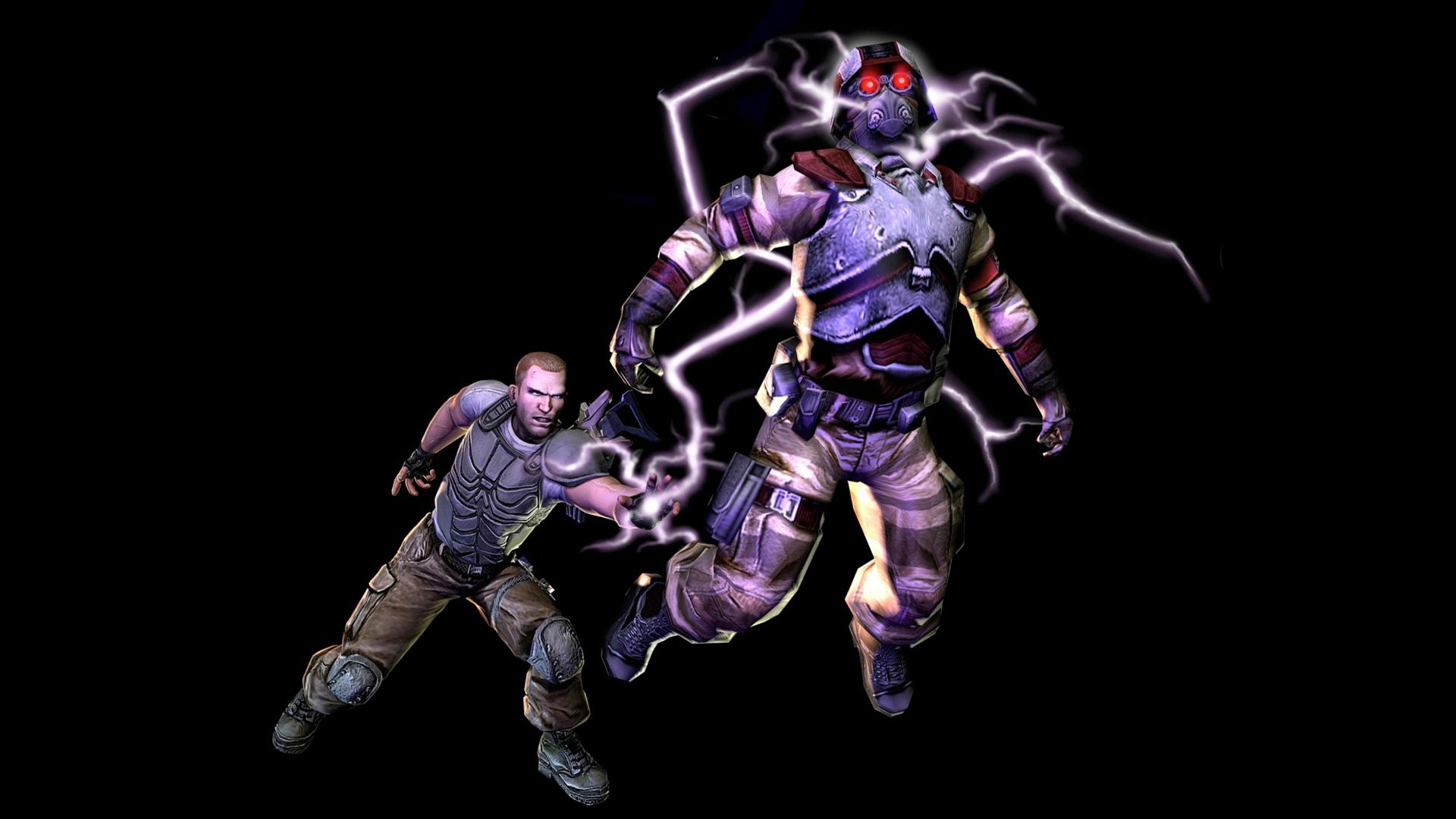 Psi-Ops is not a subtle game. If it was an action movie it would be a Netflix Original starring a grossly overpaid Dwayne Johnson. It's stupid, shallow, and stretches one idea way too thin, but it's also entertaining as hell. It makes excellent use of the Havok physics engine (a big deal at the time), with ragdoll corpses flying around, destructible props, and an abundance of massive screen-shaking explosions. Psi-Ops was completely unpretentious and enjoyably over-the-top, but the hokey plot and bland level design stopped it short of greatness. Alas, it's unlikely we'll ever see a sequel, despite the ending setting the stage for one.

Then there was Second Sight. Developed by Free Radical, the studio behind the TimeSplitters series, this psychic action game has a greater focus on storytelling, atmosphere, and world-building—and, for the most part, hero John Vattic prefers to sneak past rather than kill his enemies. Like Scryer, Vattic is also an amnesiac, but the similarities end there. He's a quiet, bespectacled scientist—a parapsychology researcher—and the story revolves around him trying to piece his fractured past together while being pursued by shady government agents. The vibe is very different from Psi-Ops, with a dark, moody neo-noir feel.

But there's plenty of action too. The gun combat, adapted from TimeSplitters, is tight, satisfying, and fun. Vattic can unleash a burst of psychic energy called a Psi Pulse, which knocks enemies off their feet. You can remotely toss stuff around in the same way Scryer can—but, admittedly, with nowhere near as much destructive force. There's a nice selection of stealth-focused powers too. Projection lets you create a ghostly double of yourself to distract enemies, while Charm can make nosy guards look the other way. It's a lower key set of powers than those on offer in Psi-Ops, but Second Sight is a deeper, smarter game overall.

I'm a fan of both games, but my heart belongs to Second Sight. I love the downbeat atmosphere, the story is excellent, the cutscenes are brilliantly animated, and the levels are big, varied, and visually interesting. It's full of quirky, memorable moments too. In one scene, Vattic enters a reception and kills a security guard. Access his computer and you'll see that he was in the middle of an IM chat with his girlfriend. Noticing his sudden silence, you watch in horror as increasingly desperate, tearful messages flood the chat. "Where are you?" "What's happening?" "Are you okay?" I've never felt more guilty for killing an enemy.

As you've probably guessed, I was on Team Second Sight. It's simply a classier game, and Free Radical was one of the best developers of the PS2 era. But the 'war' between these two loosely linked games was ultimately pointless, because both offered completely different experiences. If you wanted something sneakier and a bit more of a story to chew on, you could play Second Sight. But if you just wanted to rip a chunk of concrete out of a wall and surf on it while firing a machine-gun, Psi-Ops was right there. Both are great in their own right, and worth revisiting today. I also think it's high time the psychic shooter made a glorious comeback, and a sequel for either game would be very welcome.