PS5 is losing a feature nobody has ever heard of 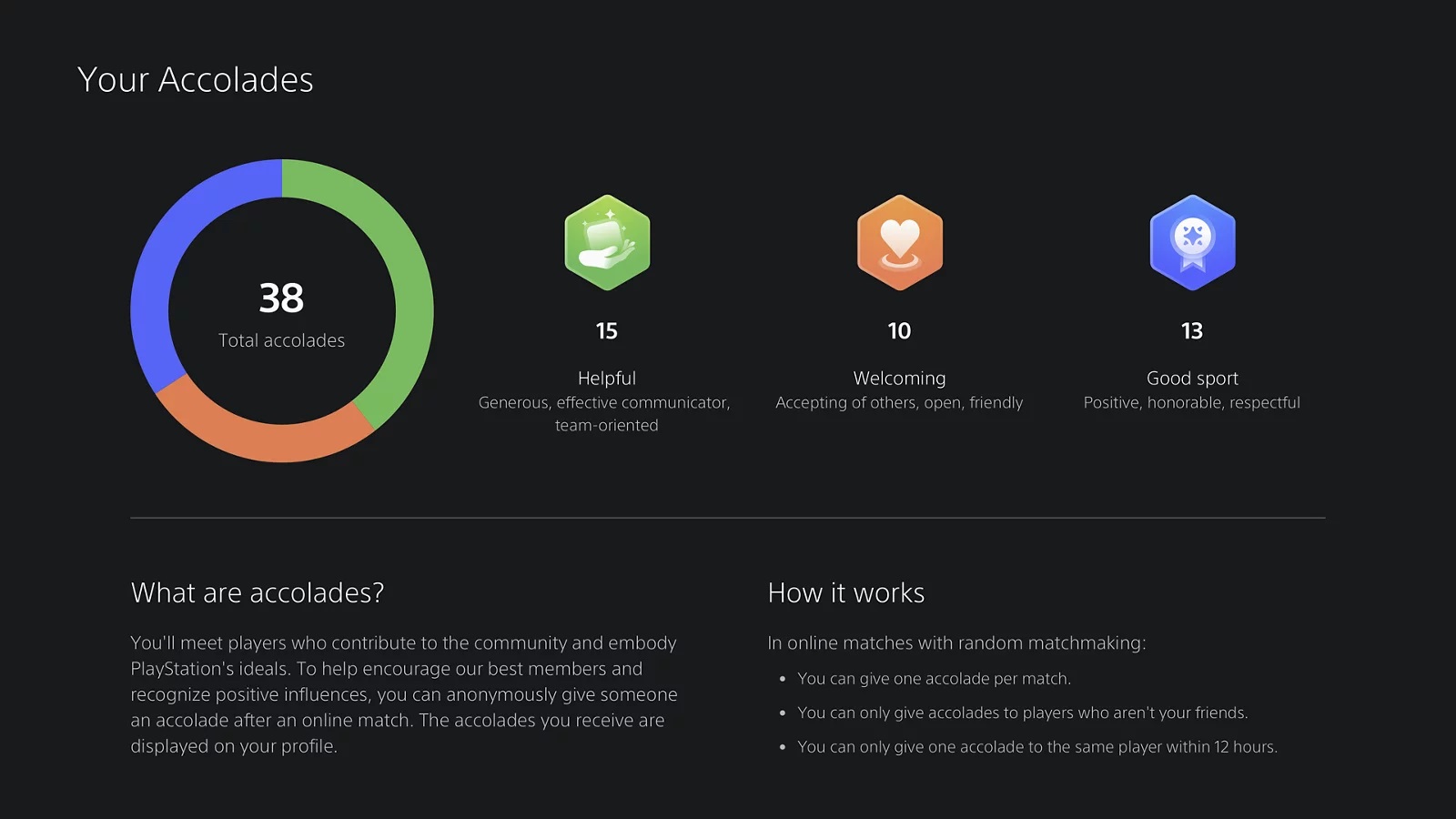 If you’ve never heard of the PS5’s accolades feature, you’re not the only one and that’s precisely why Sony’s getting rid of it.

There were a lot of reasons to be excited for the PlayStation 5 in the run-up to its launch. Although we can’t imagine Sony’s new accolades feature was one of them.

It allows users to send badges to one another as a reward for good online play, with the idea being to encourage camaraderie and good behaviour.

Honestly, we didn’t even know this feature existed in the first place and, from the sound of it, nobody else did either, which is why Sony has decided to pull the plug on it.

It won’t go straight away, but Sony intends on removing it at some point this autumn. There also appear to be no plans to replace it, with Sony leaving it up to players to decide whether they want to spread positivity online.

‘The feature hasn’t seen the level of usage we anticipated, so we are refocusing our efforts,’ says Sony. ‘We encourage the community to continue to send positive messages to one another.’

Fittingly, Sony didn’t even bother putting out a tweet to announce its removal. All it did was update its list of discontinued PlayStation features and leave it to somebody else to discover and share the news.

Very few will mourn the loss of the feature, but there are those that are a bit disappointed with the news. That said, even they admit that it was woefully underused and poorly integrated.

Sony also never explained that the PlayStation 1 games were the PAL releases that ran slower, something the company has promised to address in the future.