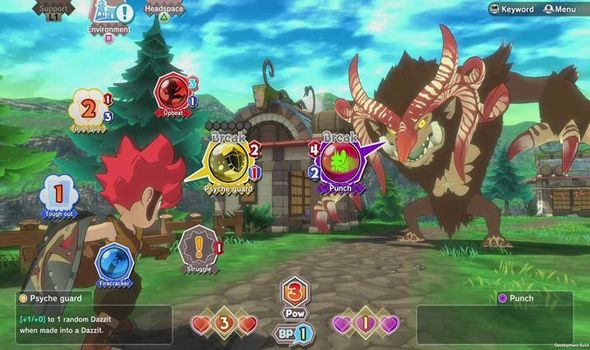 Game Freak is launching one of its newest titles on the PlayStation platform this Summer. Little Town Hero has been available as a Nintendo Switch exclusive for the past year but will soon be ported over to PS4 and PS4 Pro. The famous studio has been branching out more its own projects in recent years, which can be found on other platforms. However, this doesn’t mean we will see the same happen to Pokemon, which remains an exclusive Nintendo franchise.

The closest fans can expect to get to that is the launch of TemTem, which is scheduled to arrive in 2021 on PS4, Xbox One and Nintendo Switch.

It was announced earlier this year that Little Town Hero was set to arrive on the PlayStation Store in Japan, without mention of a Western release. But this week Game Freak finally confirmed that its new RPG would be coming to the UK and United States in both digital and physical formats.

It’s great news for fans of the famous studio, who may have thought they were about to miss their own chance to play Little Town Hero on other platforms.

Originally made for Switch, Little Town Hero is a new RPG set in an isolated village on the edge of the world.

The story sees you battling monsters but while it’s labelled an RPG, Little Town Hero also shares a lot of DNA with other leading genres.

A message from the official PlayStation announcement explains: “The unique combat system in Little Town Hero eliminates the need to grind.

“Strategy and creativity go a long way in defeating your enemies! For a more laid-back experience, the all-new Easy Mode lowers the attack and defense of enemy Dazzits, and Special Effects from enemies show up less often.

“Izzits are ideas that have yet to be fully realised and are marked with a number that indicates how much power is needed to turn it into a Dazzit! Dazzits (shown with a unique image) come in red, yellow, and blue, each with different capabilities. A Dazzit has its own attack and defense denoted on its side.

“Colliding “Psyche Guard” and the enemy’s “Punch” Dazzits would result in them both breaking each other.  In Little Town Hero, you play as Axe, a young boy with big ambitions to venture outside his village and see what lies beyond.

“After finding a stone that mysteriously manifests his ideas, Axe must use his imagination to defend against and discover the truth of the sudden monster attacks in his town.”

While this new launch will help expand the number of Game Freak titles available on Nintendo platforms, the list remains small.

One of the more recent was Giga Wrecker Alt, a title that is entirely different from Pokemon, instead offering a 2D action-adventure game where you can manipulate debris and explore a world invaded by an army of evil robots.

Meanwhile, Tembo the Badass Elephant was released in 2015 and was recently featured as a Games with Gold title on Xbox One.

And sadly for Game Freak fans on other platforms, there has been no talk of Little Town Hero arriving on the Microsoft platform, not yet anyway.

The studio is known to be busy developing new content for the franchise their known best for, with Pokemon Sword and Shield DLC coming later in 2020.

But this big new project isn’t expected to delay the progress of Little Town Hero arriving on PS4 this Summer, with the Western release date set for June 5.

As mentioned above, Little Town Hero will be available to buy both digitally and through the Big Idea Edition on PlayStation 4.

The physical copy of the game comes with an art book, poster, lapel pin set, and official soundtrack CD with music composed by Toby Fox.