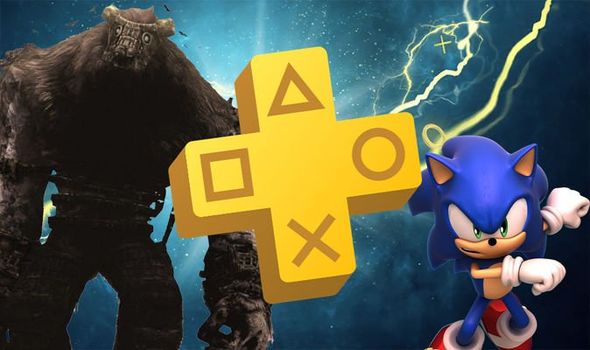 PS Plus subscribers are counting down to the free PS4 games reveal for March 2020.

And thankfully there’s not long to wait, because the March 2020 PlayStation Plus line-up will be revealed at 4.30pm later today (February 26).

And don’t worry if you haven’t had a chance to download the February 2020 free PS4 games, because the next wave of PS Plus exclusives won’t be available to download until next week.

The March 2020 PlayStation Plus line-up goes live on the morning of March 3, which is less than a week away.

Of course, there’s a good chance the free PS4 games may have leaked ahead of time.

According to an international PS Plus advert, Shadow of the Colossus and Sonic Forces may be joining the service in March.

As a first-party exclusive, Shadow of the Colossus is one of the games heavily predicted to join the line-up.

With 2020 dubbed the ‘Year of Sonic’ by Sega, the addition of Sonic Forces would also make a lot of sense.

It would also be the second Sonic the Hedgehog game to join the service, following last year’s addition of Sonic Mania.

If the leak is true, then PS Plus subscribers are once again being treated to a solid selection of free PS4 games.

Shadow of the Colossus is one of the finest games ever made, earning a whopping 91% on Metacritic.

A remake of the PS2 classic, the PS4 edition boats new and improved visuals, as well as a superior control scheme.

“One of the most highly acclaimed and beloved video games of all time, Shadow of the Colossus has been reborn for a new generation on PlayStation 4,” reads the official description.

“With improved visuals, enhanced performance and optional updated controls – the iconic PS2 adventure has been given a staggering makeover, and is now more breathtaking than ever before.”

The game tasks players with tracking down and defeating 16 colossal creatures in order to resurrect a mysterious maiden.

Sonic Forces doesn’t fare quite so well on Metacritic, earning an average score of just 57% (I like it).

Despite its flaws, it’s a big improvement on the truly terrible Sonic Boom: Rise of Lyric, which launched for the Nintendo Wii U back in 2014.

Sonic Forces and Shadow of the Colossus replace the current line-up of BioShock: The Collection and The Sims 4.

If you want to check out the February and March PS Plus games but don’t have a subscription, then you should check out the latest deal from CD Keys.

At the time of writing, CD Keys is selling 12 month PlayStation Plus subscriptions for just £36.79.

With annual PlayStation Plus memberships typically costing £49.99, that’s a saving of 26%.

After purchasing the annual subscription, CDKeys will send you a confirmation email with a download link.

After verifying your phone number, you will be sent a pin, which can then be used to access your code.

Once you have the code, just visit the PlayStation Store, select the redeem codes option and then enter your number.

It’s worth pointing out that this deal is currently only available to fans in the UK, although similar deals are available for customers in other regions.